Ritesh Agarwal is no new name. An Indian entrepreneur, the founder and the CEO of India’s fastest-growing hotel chain, Oyo Rooms, this is Ritesh Agarwal. The 27-year-old entrepreneur, who belongs from a humble background, in Odisha, has been known as the youngest billionaire in the year 2021 in India. He has also received the Business World Young Entrepreneur Award. One of the striking facts of Ritesh Agarwal is that at the age of 25 only, he had seen everything- fame, success, and money. Even he had seen failure, and that too six times before finally creating a successful venture.

But Ritesh has been in constant news of allegations and speculation as-
In the year 2020, he had a case lodged against him, by a Chandigarh-based businessman, Dera Bassi, for fraud and conspiracy under IPC 42 which is of cheating, and 120 B which is for criminal conspiracy.

His company, OYO even faced backlash from 10,000 Indian hotel owners. According to their statement, OYO takes up more than 50% of the revenue through fees that were not disclosed during the time hotels and OYO came into partnership.

In a piece of recent news in around April 2021, a pdf was circulated that OYO has filed for bankruptcy. There was another news that OYO in spite of having huge profits, has laid off 600-800 employees.

In another disturbing news, we came to know that Ritesh Agarwal had secured funding from Cayman Islands registered company, RA Hospitality. We all know that the Cayman Islands is the tax heaven, which practically has no corporate and direct taxes. There is no income tax, no property tax, no capital gains tax, no payroll tax, no withholding tax. It is thus a tax-neutral country.

There has been news of some huge amount of loans being sanctioned to him, even with his total worth being INR 70 crores. There have been many controversies going around Ritesh Agarwal and the OYO Rooms.

But latest, something has come up. A Siliguri-based hotelier has challenged the National Company Law Appellate Tribunal (NCLAT) who passed an order which cleared the allegations of OYO being insolvency.

The court will either issue a notice staying the order of NCLAT or dismiss the appeal out rightly. If the appeal is dismissed, then the hotelier will be out of court, but if the issue is noticed, then this would indicate that there is still a question of insolvency of the firm, which can be a big issue.

NCLAT has not allowed other hotel owners to interfere in this matter, who have filed charges against OYO in July but have kept their reservation of the rights to reach out to OYO for the out-of-court settlements.

Mona Agarwalla, who is the Director of Central Courtyard Resort of Siliguri has made a statement saying that she had been in touch with Oyo, wherein she has demanded a settlement of INR 37 lakh, but no settlement has been made yet. Out of INR 37 lakh, pending dues are worth INR 28 lakh and the rest of the money computes taxes and legal costs.

The entire scene goes back to the year 2019, when Rakesh Yadav, who is a Gurugram Hotelier, put an accusation on OYO of defaults in payments and violation of an agreement that stated that the hotel was supposed to operate and be maintained under the brand name of OYO.

Then in the year 2021, the NCLT admitted a plea for proceedings of corporate insolvency against OHHPL following the complaint. Besides asking the creditors of the company to submit their claims, even an Advocate Keyur Jagdishbhai Shah was appointed as the interim resolution professional (IRP) keeping in mind the regulations of the insolvency code. With all these developments taking place, Oyo quickly challenged the order in the NCLAT.

Post this, NCLAT put a hold on the proceedings, as OYO made an appeal that Yadav was paid with the demand draft of INR 16 lakhs when a protest was issued. But one of the loopholes was that the court had not put a halt on the corporate insolvency resolution process, which meant that the suffered hoteliers could still submit their claims. Many hotel owners have filed a complaint and the aggregated claim was close to INR 160 crore.

But later, the result was in favor of OYO. Now, with this new allegation, there are high chances that the case will be reponed.

We still are not able to figure out what is Ritesh Agarwal up to? Is he really taking away the money which his employees deserved? Is he really hiding the tax and taking his money to Caymans where he is not paying tax?

Was the announcement and the hype that OYO is going bankrupt made intentionally? Or was it just a rumor? How is Ritesh being sanctioned such a huge amount of loan even when calculated at extremes, he is worth INR 70 crore?Should it be feared that the history which India has seen with some famous businessmen related to loans will be repeated? If he is being given loan of such a huge amount, why he is laying off employees? Why is it being shown that OYO is in losses? 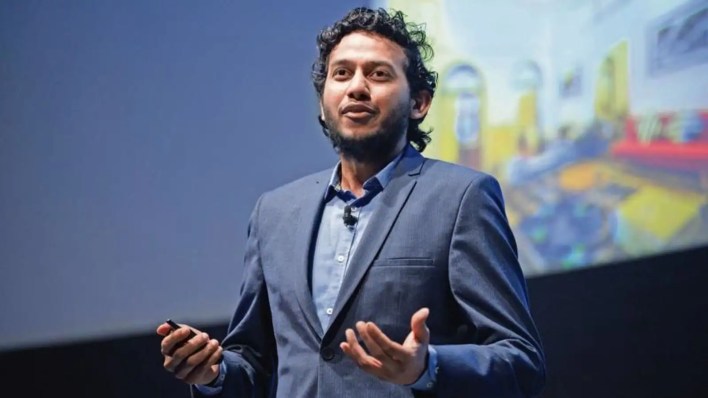 What is the actual status of the big hospitality company, which in such a short span has expanded so much? And what about  Ritesh Agarwal? What is this young boy turned into a billionaire up to? Should we expect a new shock and a setback to the country?

Why bookkeeping in business is the best thing since sliced bread?

What Evergrande’s debacle likely means for India: a fortune 500 company