Hassan Diab communicates his resignation in a speech to the nation, which paves the way for the holding of early elections.

Lebanon’s Prime Minister Hassan Diab has announced the resignation of his government en bloc. “Today we are taking a step back to be at the side of the people” he said in a speech addressed to the nation at 7.30 pm local time. The resignation comes amid growing popular outrage against the Lebanese political elite after the colossal explosion of a warehouse with 2,750 tons of ammonium nitrate that shook the port of Beirut last Tuesday and has caused 164 deaths, more than 6,000 injuries and expelled more than 300,000 residents from their homes.

The tragedy has marked a new turning point in the movement that since last October has demanded the departure en bloc of the entire political elite, early elections, a government of technocrats and an independent justice system. On Saturday night, thousands of Lebanese took to the streets of Beirut demanding once again the resignation of the Executive in what became the most violent day since the start of the protests, which resulted in a dead police officer and more than 700 injured. For the third day in a row, hundreds of protesters headed downtown to hear Diab’s speech. The announcement of the resignation was greeted with fireworks and on Monday afternoon, clashes between police and dozens of protesters began to take place in the centre of the capital. 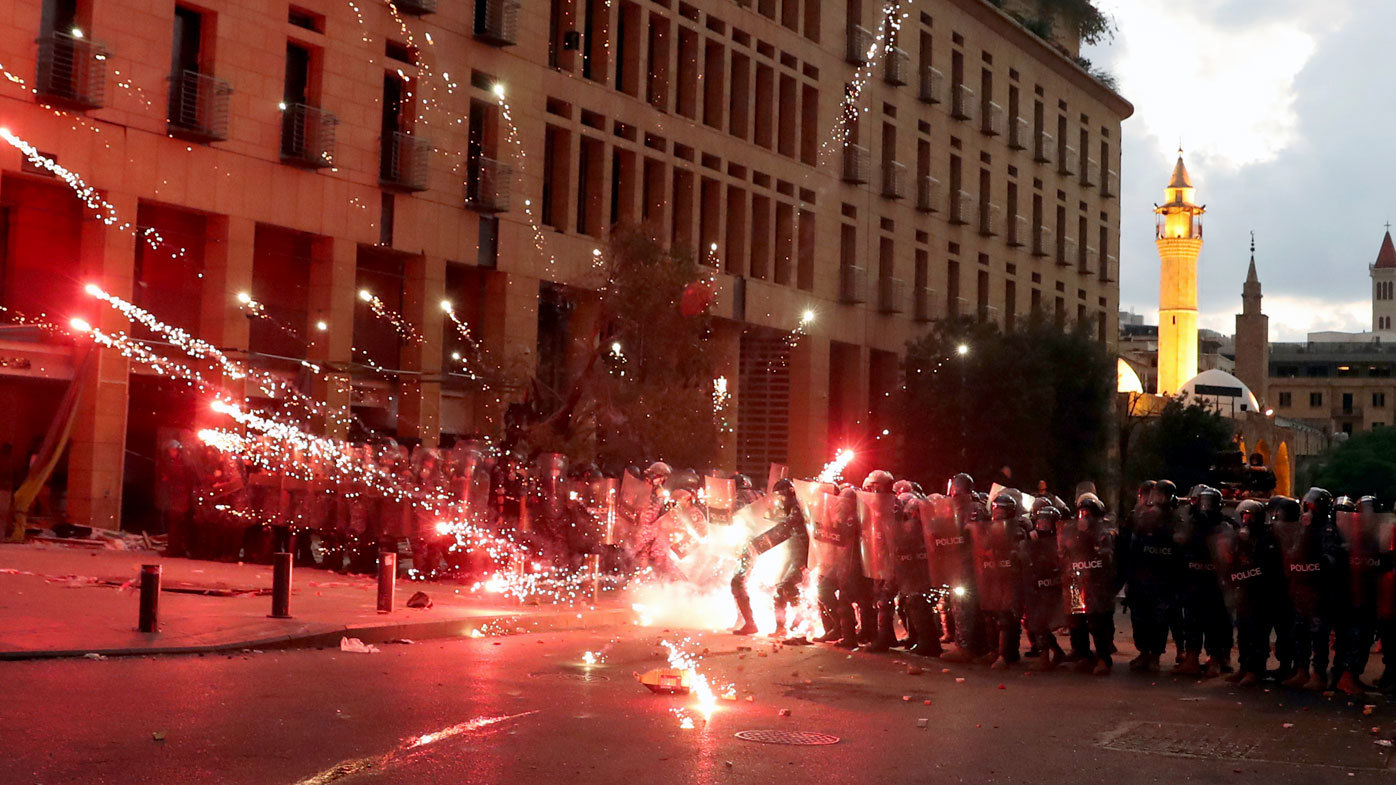 Diab called on Saturday afternoon to hold snap elections. The resignation of the Government paves the way for this possibility. In the last 48 hours, five of the 30 ministers had already resigned: those of the Department of Information, Manal Abdel Samad; Environment, Demianos Qatar; Defense, Zeina Adra; Justice, Marie Claude Najm, and Finance, Ghazi Wazni. The domino effect reverberated in Parliament, where 10 of the 128 MPs also resigned. It is the second government that manages to overturn the citizen protest movement. Last October, then-Prime Minister Saad Hariri resigned.

The new government has barely lasted six months, a period during which the Lebanese say that none of the necessary reforms has been carried out to prevent the country’s collapse. The protests that initially attacked a political-economic class that had been stagnant in power for more than three decades and of a confessional court turned into bread protests at the beginning of the year, as the already serious economic crisis was amplified by the confinement measures in the fight against COVID-19. Without a package of state aid to mitigate the impact, more than a thousand places have closed their doors permanently and 200,000 people have lost their jobs since October, raising the unemployment rate in the formal sector to 30% and plunging it by almost half of the 4.5 million Lebanese under the poverty line.

The tragic explosion has represented a point of no return for the protesters. Lebanese citizens consider that the event is the result of new negligence and the laziness of the entire political system. The economic deterioration, the vertiginous fall of the Lebanese pound and an inflation of 60% have ended up deepening the political and social tensions that drag the country. Groups of armed youths have clashed repeatedly on a sectarian basis on the streets of Beirut as its political leaders get mired in a crossroads of mutual accusations that paralyse all reform measures. Lebanon accumulates one of the highest public debts in the world (about 76,000 million euros, 170% of GDP) while the international community has denounced the flagrant neglect of the ruling elite in the face of the possible economic collapse of the country, also suffering from a structural corruption that places it in position 137 out of 180 (the closer to 180, the more corrupt) in the index prepared by the organization Transparency International.

At the head of the demonstrations is the generation of twenty somethings who are fed up with the clienteles system called wasta (plug, in Arabic) and who, with no future opportunities, leave the country en masse. Young people between 15 and 29 years old makeup 30% of the Lebanese population and suffer an unemployment rate of 66%, according to the Ministry of Youth and Sports. Tens of thousands emigrate each year in search of a better future. They are the first generation of the post-civil war period (1975-1990), which rejects sectarian rules that they consider outdated. The confessional political system that governs Lebanon implies that power is distributed by quotas so that the President must be a Christian; the Prime Minister, a Sunni Muslim, and the Speaker of Parliament, a Shiite Muslim.

The disastrous economic management has led to conditioning international aid on an effective austerity policy to reduce debt and changes in governance. “They have not proposed a single economic reform plan [by the Lebanese Government], a condition for two years to release the 11,000 million dollars promised at the CEDRE conference [in France],” a European diplomatic source tells from anonymity in Beirut “The same has happened with the International Monetary Fund, whose negotiations have been stalled because the Government refuses to reform the banking sector or the electricity management sector, both extremely opaque and lucrative for politicians”, he says.

The resignation of the Government promises to reconfigure the political status quo in Lebanon, where two blocs are confronted with regional influences as a backdrop. Traditional board of the subsidiary struggles of regional and international powers, Hariri called for an agreement of “regional dissociation” by which both groups managed to form a unity government after nine months of negotiations, which came to an end with the resignation of Hariri in October.

Diab took over at the head of a government-backed by the majority group that makes up the Shiite Amal-Hezbollah tandem and the Christian Free Patriotic Movement party, led by the president’s son-in-law, Yibran Basil. In the opposition was the resigned Hariri, along with the Progressive Socialist parties, of the Druze Walid Yumblat, and Lebanese Forces, of the Christian Samir Geagea. The former seeks to maintain the status quo that serves their interests. The second, to improve their position. The street wants them all out.

By swapnil
Follow Us
Weather
New Delhi, IN
Drizzle
26 ℃
30º - 25º
94%
2.57 km/h
29℃
Thu
30℃
Fri
34℃
Sat
34℃
Sun
35℃
Mon
Recent Tech News
Facebook Twitter WhatsApp Telegram Viber
Back to top button
Close
Popular Posts
Most Commented
Recent Comments
We use cookies on our website to give you the most relevant experience by remembering your preferences and repeat visits. By clicking “Accept All”, you consent to the use of ALL the cookies. However, you may visit "Cookie Settings" to provide a controlled consent.
Cookie SettingsAccept All
Manage consent