Air India stands on the verge of privatization as it aims to complete disinvesting by the end of May. But what has led to the occurrence of such an incident? Is the government not compliant enough to handle India’s aviation services or is it just another repercussion of bad decisions taken by the government? Various questions need an appraisal before we move ahead to the primary agenda of the debate.

On Friday, Civil Aviation Minister Hardeep Puri announced that Air India would be 100 percent disinvested and it must look out for a new home. The disinvestment of other public enterprises raises concern about what is the government entitled to do. Whether it is looking to offload all of the sectors due to its ineptitude or the rise in the exponential numbers of the debt-ridden national carrier becoming a concerning point for the government. Mr.Puri claimed that the prospective buyers have been given 64 days to come in with their respective bids.
“We’ve decided that Air India will be 100 percent disinvested. The choice isn’t between disinvestment and non-disinvestment. It’s between disinvestment and closing down. Air India is a first-rate asset but has an accumulated debt of ₹ 60,000 crores. We need to draw the slate clean,” Mr. Puri told news agency ANI.

The Union ministry in a statement to the news outlets claimed that the shortlisted bosses be informed that the bids have to come within two months. It perceives like the government is in no mood to Step Down from the pedal and is going through in full-flow for Air India’s disinvestment.

Multiple entities gauged their interest in bidding for the government’s stake in commercial airlines. But the question is, does any authoritative entity have the prowess to run the franchise more efficiently than the government?

Air India had been the centrifugal force in the aviation industry for the past two to three years. But with the emergence of more multinational companies into the framework, it has overseen a comprehensive overhaul of its reputation. The trajectory of passengers traveling per month has fallen so significantly that the company is now facing the stigma of privatization.

The government’s plan to merge the enterprise with Indian airlines proved to be a defining moment in the downfall of Air India. Although the move got implemented to increase the synergy, the airline started incurring more debts than ever. Despite the numerous efforts to jump out of losses, the airline fell into deeper stagnancy. The government’s thought process to deal with the debts emphatically, turned out to be a ridiculous move. The airline kept on surging in the debt chart projection and there was no back and forth going into profits anymore.

Equity of 48,212 crores was induced by the government to deal with the concurrent losses. Nevertheless, the debt-ridden national enterprise constantly kept falling into the deep hole as the government couldn’t meet up with the payment obligations. Hence Air India was forced to see a loss of roughly 52000 crores. The government tried every piece on the foothold to rescind the debts, but it came out to no effect. It started looking like there was no possible way of turnaround. Another disastrous move was selling 5 Boeing 777-200 below the estimated price to Etihad, through which Air India incur losses amounting to 671 crores following the deal. In 2012 it got declared that the losses will be met with the help of taxpayer’s money.

The emergence of the pandemic had its turmoil on the leading giants of the aviation industry. Significant players of the industry, including American Airlines, Lufthansa, and many others were bruised detrimentally. The pandemic changed the entire outlook of Air India upside-down, putting a halt in the company’s disinvestment procedure. In today’s scenario, nowhere would be even surrounding the thoughts of acquiring Air India due to its current position in the market. Although Tata is interested in the procurement of some stakes, the composition will not make the deal a healthy one. The government holds on to the Possession until the market sentiment embarks on improving. The interim operational fund’s requirement will get ascertained by injection of another $500-600 million in the debt-ridden national corporation. Clarity on the disinvestment will be detailed only when the COVID-19 wave eases in India. The government is declining to comment on the scrutinizing by the public on its actions related to disinvestment and other political agendas. The hypothesis of Air India has got emphasized on attaining a dominant share in the aviation industry. A single silver lining amidst all the hastings is that the company reviews dominant shares in the domestic and international markets as well. It would help the company in attracting buyers across the nation.

Hardeep Puri said the government loses Rs 200 million on Air India every day. Furthermore, adding that it is time either we privatize or we put closure to the airline’s this time. It’s now a matter of time until we see the privatization of the most instrumental airlines in India. According to today’s report, Air India’s cumulative debt stands at 600 billion. That is why the Aviation Minister has no choice rather than to disinvest in the company. Air India debts have risen so significantly that the company stands on the verge of closure. Due to its withstanding reputation, Air India’s teams along with the government are looking to resort to the method of privatization which may rapidly turn the tables around. Air India has set up teams to facilitate bidders to evaluate different aspects of the airlines, the people familiar with the matter reported to the news agency.

Along the way of the debate, one thing is certain that the government did not propel its resources efficiently which led to the staggering downfall of Air India. As the time rolled out for the government to implement sustainable measures, it resorted to privatization. Wow, what a new evolution the current regime is bringing to India. Air India regathered its way back into the aviation industry in 2016 but got bombarded with another turmoil of increasing fuel costs in India. Although the government tried to mantle it both ways, this time it wasn’t to be. The prices spiked up to a level where barring minimal requirements nothing else couldn’t have been reimbursed by Air India. So is the government solely to blame for the misconduct, or the surging competition in the aviation industry had a more significant impact on Air India’s revenues.

WILL THE PRIVATIZATION BRING ANY GOOD LUCK FOR AIR INDIA?

The stage is set as Finance Minister Nirmala Sitharaman announces the completion of the sale by the end of May. The step is undertaken to uplift the assets deficit which has been broadening since the emergence of the pandemic. The private sectors have done a commendable job in increasing the pace of growth in India. Moving ahead with the past experiences we could see a rapid rise in the valuation of Air India. The Big Corporations put in valiant effort and determination to uplift the company’s position in the global markets, which is less likely observed from the government. In case, the government is looking to amend changes this time around, it could prove to be a positive one. Do we expect an imminent surge as soon as the takeover gets completed? Wonders don’t happen overnight. Regardless, we do not oversee a comprehensive rise in Air India’s shares but it would be much appealing than what it was under the government’s jurisdiction. 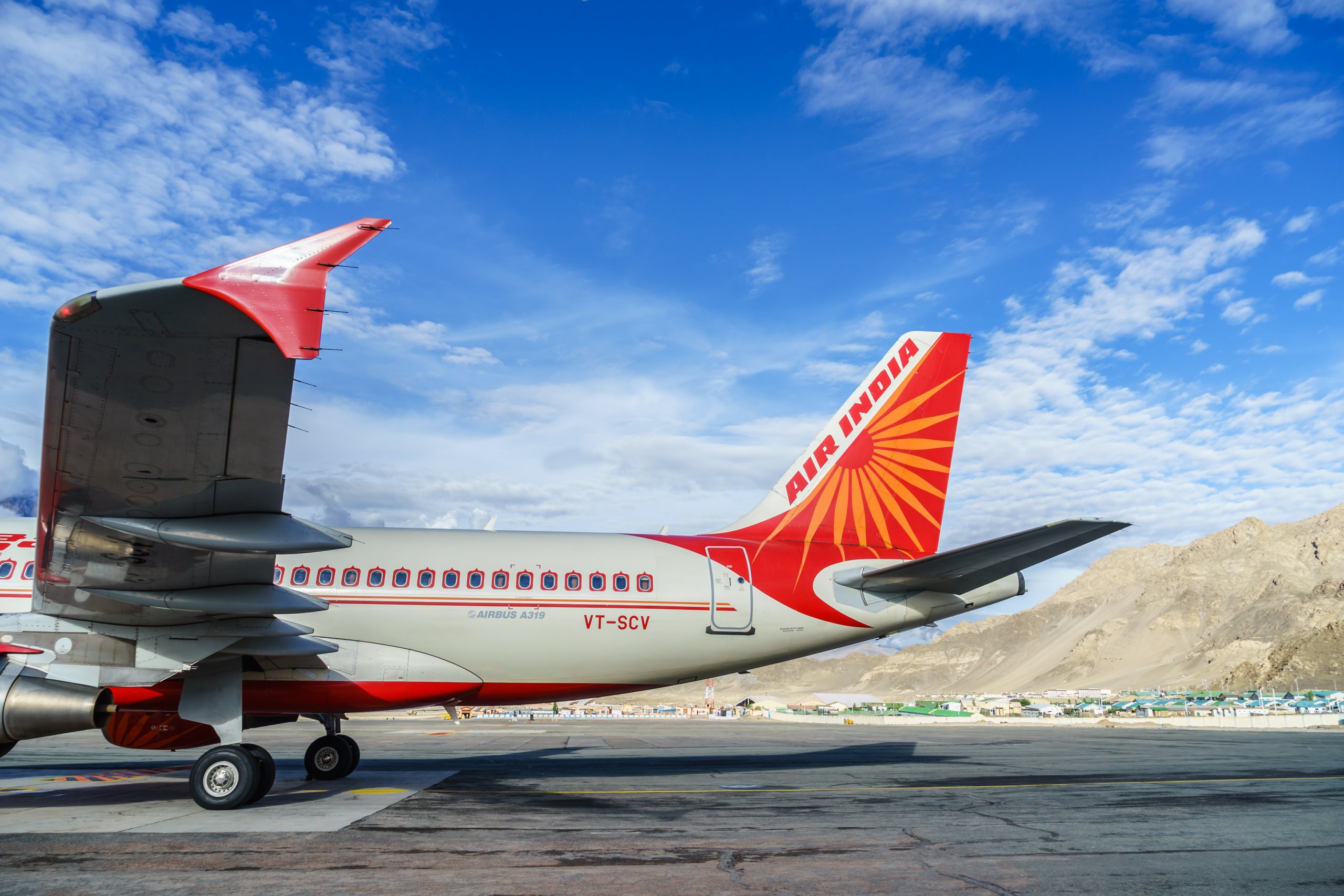 IS THIS THE PURVIEW OF A NEW BEGINNING?

Over the past few years, experts scrutinized the government on its action towards public enterprises. What has changed since the covid-19 pandemic and is the privatization of Air India a beginning of the new era? Prominently, the government impeded the growth of the PSUs despite intaking huge profits in the fiscal year. The Covid-19 pandemic had a huge toll on the working of the public organizations and most of the employees were left subdued due to lack of attention from the government. The budget deficit of 2020-21 depicts that the debts have hit a record high and there looks no scope for recovery. Instead of boosting up the downgrading sectors, the government resorts to putting more focus on rallies and campaigns that have no confounding without the public’s support. The citizens of India are not imbecilic and they get updates of every mishappening around the world. The government pondering on privatization could be the final rolling pin in evading away from its responsibilities. Although we have not seen much progress since the lockdown, the private sector contributed more to the ailing GDP than the government. It delineates that how badly the government has impeded public interests in their favor.

The privatization of Air India indicates a whole new spectrum over the coming weeks, where the government may dedicate its activities towards disintegrating its stakes in the public enterprises. The presumptions are high that the government is sticking to the headline: Government needs no business to be in business. It is an upended fact that privatization is positive news for the growth of the Indian Economy. The ambitious entrepreneurs would take India to giant heights where there would be no complacency at all. As the renowned scientist Albert Einstein rightly said, “ Government of the people, by the people, for the people, shall not perish from the Earth.” If we look down the lane, we will discern the experience of the Indian Economy being diabolical. It could be the best move the government has undertaken for quite some time now. Along with that, whether the private sector companies will revamp Air India into a prolific figure in the aviation industry in the coming years remains intriguing. Stay tuned!

Explained: The Whole Scenario of Suez Canal. How would it have impacted the trade if it persisted longer?

5 Tips to Choose the Best New Gambling Websites in India