Overtaking Saudi Arabia, The United States has become the second-biggest oil supplier, coming only after Iraq the previous month. This was observed when refiners started increasing U.S. crude purchases to counterbalance OPEC+ supply cuts, according to the data from the trade sources. The reason for this shift in supplies is the reduced U.S. crude oil demand, Saudi Arabia’s deliberate cut on an extra 1 million barrels per day, and an agreement made by the Organization of the Petroleum Exporting Countries and its allies (OPEC+) to keep the production on the low. According to the data obtained by Reuters, Indian imports from the United States, which is currently the world’s top oil producer, rose to a record of 545,300 BPD in February, which is about 48% in February from the prior month. Whereas imports from Saudi Arabia in February tumbled down by 42 percent, to a record low of 445,200 BPD, according to the data. Saudi Arabia has always been one of the top two suppliers, however now it has come to the 4th position and this is the first time that this has happened since January 2006. The data for the imports for the years before 2006 are not available with the Reuters. As demands in the United States started weakening and the refineries started running at much lower rates, the U.S. crude made its way to Asia, wherein there has been a recovery in the demands, according to the Refinitiv analyst Ehsan Ul Haq. We also need to note that China has not taken U.S. oil, considering the trade problem that exists. Therefore, India becomes the most obvious choice. It is interesting to note that even by having a 23 percent drop in purchasing which has gone to a low of about 867,500 BPD, according to the data, Iraq continues to remain the top oil seller in India.

If we have to talk about Nigeria and UAE, Nigeria has reached the third position in the top oil sellers in India, coming from the fifth position. Nigeria exports about 472,300 BPD, the increase was seen the most since October 2019. Whereas, UAE has slipped down to position five, from standing in the third position in January this year. In February, India was sought to have shipped about 3.92 billion BPD. According to the Refinitiv Analyst, He said the reason why India might have taken lesser volume of oil in February might be because it would have assumed, just like the other countries did, that OPEC and its allies would ease the production cuts which will eventually lead to a downfall in prices. India has been blaming Saudi Arabia’s deliberate cuts for a rise in the global oil prices, the country has also asked OPEC+ multiple times to ease the supply curbs. India is considered as world’s third-biggest oil importer, importing about 84 percent of its oil from the Middle East. India relies heavily on the Middle East for its crude needs.

In response to India’s demand for easing output cuts, the oil minister of Saudi Arabia had said that the country should dip into reserves formed by the oil that was bought at cheaper rates last year. The Indian government has now requested the refiners to speed up the diversification of the crude sources. Since September, it has been observed that the contribution by the Middle East has gone down to a 22-month low of 52.7%, and Africa has risen to 15 percent. According to the Refinitiv analyst, the huge difference between the WTI and Brent has given India the right set of circumstances to purchase U.S. oil and counterbalance the low Middle Eastern crude supplies.

See also  Will there be a conflict between US and China over the Middle East? 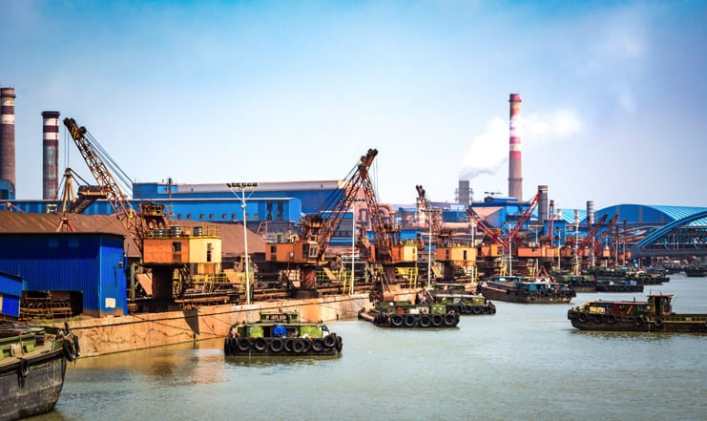 A Little More About The Oil And Gas Industries In India
Oil and gas is one of the eight core industries in India and has been seen to have played a crucial role in deciding the fate of other industries in the country. It is rightly said that the economic growth of our country is directly related to the demand for energy in the country, hence it becomes important to note that it is already been projected that the demand for oil and gas is going to grow, which will eventually lead to making the sector favorable for investments. The government has seen to have adopted many policies to increase the demand, it has permitted 100% Foreign Direct Investment (FDI) in many segments, which includes petroleum products, refineries, and natural gas and currently it attracts both domestic and foreign investments. India is said to be one of the biggest oil-consuming nations globally. The import of crude oil has risen from USD 70.72 billion in 2016-17 to USD 101.4 billion in 2019-20. India was the third-largest oil consumer in the world in the year 2019. India’s oil refining capacity was about 249.9 million metric tonnes, according to October 01, 2020.