In the current covid pandemic, those calling for a World Trade Organization (WTO) waiver on intellectual property protection (IPP) for pharmaceutical patents are becoming more vocal. India and South Africa filed a motion at the World Trade Organization (WTO) in October, requesting that the WTO’s Council on Trade-Related Aspects of Intellectual Property Rights (TRIPS) grant such a waiver. Although several developed countries have welcomed the joint move since then, the majority of industrialized countries, which are home to the world’s largest pharmaceutical firms, have resisted it.
The WTO Waiver Long Story In Short
While the waiver was raised by the Indian side during the conversation between US President Joe Biden and Indian Prime Minister Narendra Modi on April 26, it was excluded from the White House readout of the call, and a spokesperson was notably reticent on whether the United States would drop its opposition to the plan. The president is still under scrutiny from his Democratic Party’s “progressive” or “left” wing, which actively supports the waiver proposal. Not to be left out, Nobel economist Joseph Stiglitz and activist Lori Wallach wrote an opinion piece in The Washington Post (‘Preserving intellectual property barriers to covid-19 vaccines is morally wrong and foolish,’ 26 April) arguing for such a waiver, claiming that failing to support it, which they argue would stymie the global vaccination drive, was morally wrong and foolish.
Unfortunately, the call for waiver sounds superficially attractive in the current global public health debate, at best is a diversion and, at worst, a red herring. There is a legal ‘third path’ to encourage more life-saving vaccines to be produced while maintaining IPP for the inventors, as stated by WTO Secretary-General Ngozi Okonjo-Iweala. This is done through voluntary licensing arrangements between pharmaceutical companies and countries that choose to take their own doses of vaccine. Indeed, and ironically, this is just what has happened in the case of India with a licensing arrangement between Astra Zeneca and the Serum Institute of India (SII), which helps India to produce domestic vaccines and export vaccines, as well as contribute doses to Covid-19 Vaccines, a facility for global access, more commonly known as Covax. 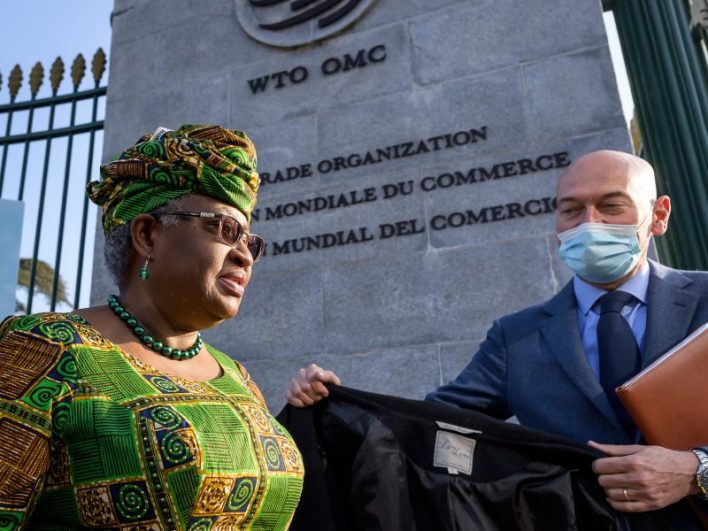 Second Wave of Coronavirus hits India posing new vaccination problems
Given the ferocious second wave of infections currently engulfing India, India has diverted several doses intended for export (or for Covax) to its domestic vaccination campaign, causing recent difficulties with this arrangement. This in no way indicates that the underlying argument for voluntary license arrangements has failed. To put it another way, even though India and other countries were given a waiver today, vaccine production would not increase the next day. India’s limiting factors are a scarcity of raw materials and a lack of manufacturing capability, none of which will be alleviated by a WTO waiver.
Furthermore, India will soon begin manufacturing other important global vaccines under similar license agreements, and a waiver will do little to speed up this project, which is hampered by supply constraints and insufficient production capability. These can’t be wished away with a waiver.
Even if India or any other developing country has to ramp up production faster than is possible by licensing from global manufacturers, there is another alternative: ‘compulsory licensing,’ which allows a WTO member to override a patent and license a domestic manufacturer for the purpose of combating a health emergency such as the one caused by covid. The export of vaccine doses produced under a compulsory license will be prohibited, but in the event of a public health emergency, the most pressing goal would certainly be to manufacture doses for domestic use rather than for export to other countries.
India was one of the first countries to implement mandatory licenses for life insurance. For whatever reason, multinational pharmaceutical giants are reluctant to play ball and license a life-saving vaccine for domestic manufacturing and sale in that region, there is no reason why any developed country does not take this path. A WTO waiver would not only do anything to address the real bottlenecks that constrain global vaccine production and distribution, but it would also set a bad precedent, creating a serious moral hazard problem that could severely undermine the incentive of global pharmaceutical companies to commit the vast resources required in the inherently risky process of developing life-saving drugs. Governments, like the United States and others, have subsidized or incentivized the research and development efforts of private pharmaceutical firms that already retain patents on large covid vaccines in various forms. Nonetheless, these governments relied on private enterprise’s ingenuity to develop these vaccines. They could have just as quickly devoted money to government laboratories to develop these vaccines if the government hadn’t. Instead, they opted to spend public funds in private companies, a form of public-private relationship that is typical in basic research and is not exclusive to the production of covid vaccines.
A WTO waiver on intellectual property protection, although tempting, is an inappropriate priority. It’s a diversion from the hard work required to build the capacity to combat the scourge of covid.

The podcast war between big corporations has begun