Blockchain is the best technology that could fundamentally change the way financial transactions occur. It is a decentralized ledger of all transactions. Blockchain is a database that allows people to share information, but they don’t have to rely on anyone’s central authority to verify or keep track of this information. And it’s stored on every computer in the network at once. Check out how bitcoin will change business if you’re interested in bitcoin trading.

Because there’s no single point of failure, if anyone’s computer fails, the rest will continue to operate as normal and maintain the integrity of their data without interruption. It’s a database that anyone with the right key can add data to, but no one can delete or change existing data.

The word blockchain comes from the fact that it’s composed of small chunks of information blocks chained together. When you send money to someone using Bitcoin, you’re sending an entry into the ledger that says. Later on, when they spend those Bitcoins, it will make another entry in their favor, and these entries form blocks in the chain.

How does blockchain work?

To ensure that transactions are true and accurate, each computer on the blockchain validates the data before committing it to the ledger. In other words, you want to make sure that people don’t spend money they don’t have or send money to someone else by mistake.

The validation process is called mining and uses an algorithm called Proof of Work (PoW). You can think of this as a complicated math problem that needs solving before you can add any transaction to the blockchain. This ensures that no one can fake transactions and have spent time working on them, so they must be real.

For a transaction to be added to the ledger, other users must validate it following a specific protocol. This means that no one person or entity has control over the network. The network is decentralized, meaning any single party or entity doesn’t control it. The people who participate in the network are called nodes. And they communicate with each other to verify transactions and add them to an immutable public ledger called a blockchain.

The nodes don’t have to trust each other; they must trust that everyone else on the network will follow certain rules when making their transactions. If all of this sounds complicated, reading through these next few paragraphs should help explain how blockchain technology works at its most basic level.

In this sense, Bitcoin has become a public utility that provides security and trust to the network without going through an intermediary. This is why it’s so important to understand that blockchain isn’t just about digital currencies like Bitcoin. It’s about a revolution in how we do business and interact with each other daily.

Blockchain is great tech with many potential applications, but the hype around it may not be warranted. Blockchain is a new technology that could fundamentally change the way financial transactions occur. For example, blockchain makes it possible to establish trust without relying on a centralized third party such as a bank to verify transactions.

Blockchain is not just about cryptocurrency. And it has applications in many industries like supply chain management, healthcare records management, and even government voting systems. They design this tool especially for crypto investors.

You can easily learn about crypto and blockchain by using this tool. Blockchain is the technology that changing the transaction system. While some people are excited about these possibilities, there’s still some skepticism. Investors need blockchain technology right now or if it will even work in practice.

Why is RBI sucking the blood of the common man in the name of economic upliftment in 2022?

Neutralizing The PFI Threat Would Be An International Success For India 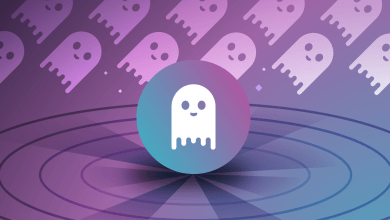 What Can We Expect From Aave Cryptocurrency?