Why Questions Are Swirling About Who Will Purchase The Most Of The U.S $31 Trillion In Debt And At What Price?

The impending debt crisis has been in the making for over a decade. It is not the main topic of discussion at this week’s annual meetings of the World Bank and IMF in Washington, although it would be if rich countries had fewer problems of their own.

Since the beginning of this year, the Federal Reserve has aggressively increased US interest rates to combat inflation. On international currency markets, the dollar has risen. Due to the fact that 90% of emerging market debt is denominated in dollars, a stronger US dollar makes repayments prohibitively costly. The cost of borrowing for highly indebted nations has skyrocketed.

This month, the U.S. national debt surpassed $31 trillion for the first time ever, at a time when the Federal Reserve is pulling back from buying government debt and foreign investors are losing interest in it. Despite the fact that the federal government’s excessive spending has drastically decreased as the COVID-19 pandemic has subsided, the new benchmark was nonetheless reached. In the month following the pandemic, the national debt doubled, reaching $1.5 trillion by 2020.

As a result, the federal government spent $3,1 trillion more than it received in 2020 and $2,8 trillion more the following year. The budget deficit forecast for 2022 is $1 trillion. Due to the increase in entitlement spending and the new spending goals set by Congress this year, some experts believe the annual limit on additional debt is $1 trillion. Among the most important issues are the Inflation Reduction Act, a piece of health and environmental legislation, and aiding Ukraine in its war with Russia. Treasurys are searching for a new group of dependable buyers for a significant portion of this debt now that the largest players are absent. According to Morgan Stanley strategist Matthew Hornbach, there is little doubt that the securities will eventually be acquired by a third party. The larger question, according to him, is the price at which these securities will be bought and sold by marginal players.

The absence of significant buyers for Treasurys adds to the list of issues plaguing the United States government-bond market. The $23.7 trillion Treasurys market, which is typically the largest and most liquid fixed-income market in the world, is in fact experiencing a decline in liquidity, which a number of traders, academics, and bond-market experts believe could lead to a crisis. In addition, the Treasury market’s counterpart in the United Kingdom has experienced recent wild selloffs that have prompted Bank of England interventions and sparked fears of a market spillover in the United States.

“A vast array of economic actors purchase US Treasuries. Someone will purchase government-issued Treasury securities, whether the purchasers are commercial banks, asset managers, or US households,” Hornbach wrote in a note on Tuesday. The more pertinent question for investors is not who will purchase the securities but at what price.

Yields on U.S. Treasuries are above or close to 4%, levels not seen in more than a decade, as a result of falling bond prices. Theoretically, further declines in bond prices would drive yields even higher, diminishing the appeal of risky assets such as stocks when some market participants are considering a target fed funds rate of nearly 5%. Increasing expectations for a target fed-funds rate of 5% would likely cause Treasury yields to approach 5%.

Over the past 30 years or more, the Fed’s interest rate policy and forward guidance have been the most influential factor in determining the level of Treasury yields, which move in the opposite direction of prices, according to Hornbach. With the intention of tightening financial conditions, the central bank is increasing interest rates at the fastest rate in decades in order to contain rampant inflation. It is also reducing its balance sheet after halting bond purchases earlier this year.

According to the Morgan Stanley strategist, foreign investors have been steadily reducing their U.S. government bond holdings since 2014. Foreign investors, led by those in Japan and China, who paved the way for the rest of the world to acquire substantial positions in Treasurys from 2001 to 2010, have been consistently reducing their holdings since 2014. Two days after the U.S. national debt reached a new record, American television reporter John Stossel tweeted, “If we don’t cut spending, disaster WILL ensue.” As he predicted, the escalating U.S. debt, if not properly managed, would create nightmares for the United States and the rest of the world. As things stand, the United States’ debt will surpass 50 trillion dollars by 2030, Forbes estimated in September 2020.

In a May report, the Congressional Budget Office (CBO) warned that such a debt trajectory would increase borrowing costs for the private sector, resulting in lower business investment and slower economic output growth over time.

As the Fed is determined to continue increasing interest rates to combat inflation, the U.S. government will have to pay more for its enormous borrowing. In an article published in September, the PGPF stated: “Over the next 30 years, interest payments would total approximately 66 trillion dollars and consume nearly 40 per cent of all federal revenues by 2052. In the coming decades, interest costs would also become the largest ‘programme'” 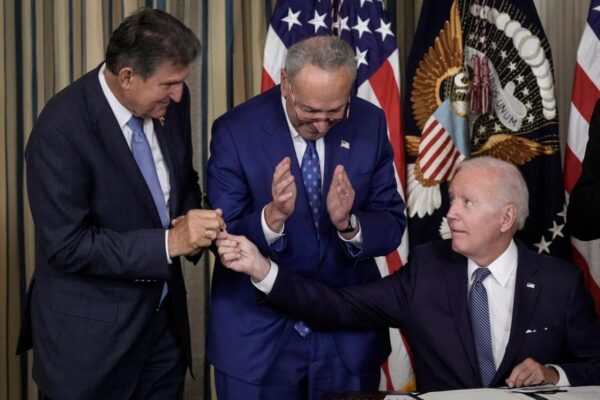 In early September, a Wall Street Journal article said, “Interest on debt is skyrocketing, and it’s planning to head towards what the economists call a ‘doom loop.’ This is when the government borrows money to pay interest, which leads to even higher interest and much more bank loans.” In May, the CBO issued a warning about the likelihood of a fiscal crisis in the United States, stating, “The risk of investors losing confidence in the U.S. government’s ability to service and repay its debt would increase, causing interest rates to spike sharply and inflation to spiral upward, or other disruptions.”

Jacob Kirkegaard, a senior fellow at the Peterson Institute for International Economics, told Voice of America (VOA) last year that if the U.S. government defaults on its bills and shuts down amid bitter partisan squabbles, it would “detonate a bomb in the middle of the global financial system.”

The VOA article elaborated that a U.S. debt default would reverberate throughout the global economy by reducing global trade, causing dollarized economies to suffer, affecting business contracts, and eroding the dollar’s status as the global reserve currency, among other effects.

In 2011, the U.S. debt-ceiling crisis precipitated the most volatile week for financial markets since 2008, with the stock market trending sharply downward. It also resulted in the nation’s first-ever credit downgrade. Moody’s Analytics predicted that stock prices would fall 33 per cent last year, triggering a recession comparable to the Great Recession, as a result of the government’s risk of defaulting on its debts.

In an editorial published on Sunday, the Missouri-based St. Louis Post-Dispatch stated that a U.S. default on its financial obligations “would likely result in a global financial meltdown.” Even discussing this is the pinnacle of political irresponsibility.

Polkadots: Are They A Good Investment?