Will Budget 2023 boost India’s economic growth? What areas should be prioritized?

The slowdown in China’s economy, the effects of the epidemic, the conflict between Russia and Ukraine, and global inflation are all big problems for the Indian economy.

Will the stimulus provided by Budget 2023 enable India to achieve the fastest economic growth rate since the country’s economy began to recover from the COVID-19 pandemic outbreak? Pralhad Joshi, a minister in the Union government, has announced that the parliamentary budget session will run from January 31 to April 6.

Ashwajit Singh, the Managing Director of IPE Global, said India is already feeling the effects of the tightening global monetary policy and the fallout from the war between Russia and Ukraine. Exports, industrial activity, and inflation are all going down. The economy requires more buffering in light of projections for growth of 6.6% in FY 2023-24. As India assumes G20 leadership for the first time in its history, the country will soon have the chance to resuscitate its economy with the help of the upcoming Union Budget. Ashwajit Singh anticipates a detailed, comprehensive, and progressive budget that will:

1. In the past few annual budgets, not enough attention has been paid to the importance of increasing funding for the social sector as a means of promoting economic growth. Budget 2023-2024 and beyond offer a chance to increase spending on social protection, which currently accounts for only 1.4% of GDP compared to an average of 2.5% in low-middle income countries.

2. The most recent SEBI framework for a planned “Social Stock Exchange” expands the sector’s potential for increased cash flow and investment opportunities. These new avenues have the potential to catalyze progress in areas where the social sector can play a significant role, such as gender and climate budgeting, which are gaining traction in recent years.

3. Spends money on an Urban Employment Guarantee Program, similar to NREGA, to cut down on the rising rate of unemployment in cities, counting on vocational training and skill upgrading to make India ready for the future.

5. Puts India’s domestic climate agenda and leadership in global thought into practice financially. Tax breaks for climate-tech businesses and incentives for green bonds will help create a green and fair transition that is in line with low-carbon development pathways. Additional funding for climate adaptation is necessary as the effects of climate change ripple through different regions and industries.

6. Over the past few years, India has placed a greater priority on urban growth. Budget 2023 should continue this momentum. I am hopeful that the progress made under AMRUT and SBM-U can be maintained and that the goals of the updated versions of these missions can be met within their allotted time frames by placing a greater emphasis on capacity building of the water and sanitation sector.

Which areas should be prioritized in the government’s upcoming budget for 2023? Nadir Godrej, Chairman and Managing Director of Godrej Industries, stated, “Global inflation, China’s economic downturn, the pandemic’s repercussions, and the Ukraine-Russia dispute pose a significant threat to the Indian economy. Although wage-push inflation is present in core inflation, it only accounts for about 25% of the basket; the bulk of our inflation basket consists of commodities, the prices of which have been falling globally, so headline inflation is expected to be about 5%.

The global recession impedes global economic expansion. The decline in exports is worrying. Because of this, growth must be a top priority. A bigger budget deficit is fine, as long as the spending leads to higher GDP growth. Infrastructure spending has spurred private investment and exports. Domestic growth and the Gati-Shakti initiative will prove to be extremely advantageous.

We should be more concerned with the kind of deficit than with the size of the overall budget shortfall. Investments of any kind that help progress along are welcome. Eliminating subsidies and replacing them with cash transfers to the poor is a necessary step. The budget could be seen as populist, but I hope that doesn’t happen. Investment in women’s empowerment would be a wise use of funds in the Union Budget for 2023–2024.

The government should invest more in areas like transportation, training, education, healthcare, and economic participation in order to empower women better. Increased long-term economic growth that benefits those at the base of the pyramid is a direct result of investments in the workforce that generate new jobs and boost women’s income.

The chief financial officer of Balancehero India, Mr. Vishal Bhatia, made the following estimate about India in 2022: “2022 had seen India emerging as one of the fastest fastest-growing nations in the world. Financial inclusion has benefited from the sector’s innovation surge, rapid expansion, and widespread adoption of digital technologies.

Market size is expected to reach $150 billion by 2025, and industry revenue is projected to reach $200 billion by 2030, indicating tremendous future potential. We think it’s imperative that the government include certain measures in the upcoming Union Budget in order to sustain this growth and further fortify the economy.

A significant emphasis must be placed on priority sector lending; credit should be made available to those who would not otherwise have it. In other words, steps should be taken to make sure that market participants have enough cash to help customers who are just getting started with credit. Also, the government should take the steps needed to improve its relationships with banks.” 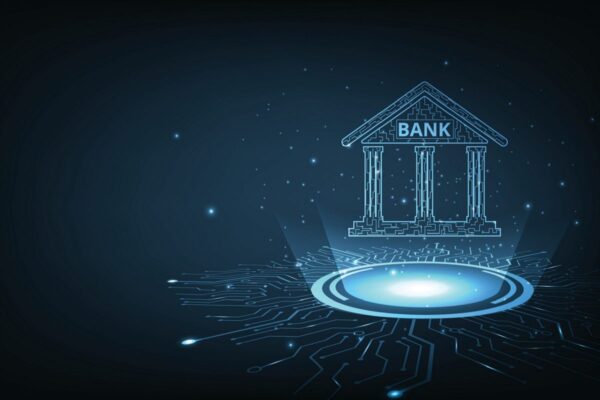 Expect innovative lending systems that can ensure top-notch performance and are ready for the next wave of change thanks to budgetary initiatives that support them. To reduce the financial strain that ESOPs place on new businesses, the government should expand the criteria for tax reliefs available to employees of such companies.

The government should provide funding to encourage innovation in the area of paperless digital lending and increase collaboration between businesses. We expect the government to place more emphasis on the development of digital infrastructure to enhance customer and business experiences, credit quality, and the rapid growth of financial institutions,” said Mr. Vishal Bhatia.

Saudi Arabia’s got the money. But can it draw foreign capital?

China's air travel is improving despite concerns over the Covid virus