The outlook for the American economy has been largely gloomy in recent months due to rising interest rates, poor consumer spending, and inflation reaching a four-decade high. The majority of economists projected a recession for 2023. Still conceivable is a slump in the economy. However, a more upbeat viewpoint has gained ground recently as inflation began to show broad indications of lowering. Perhaps a recession isn’t inevitable after all. Evidence that the acceleration in U.S. wages, which has helped workers but also increased inflation, is moderating is one reason for the cautious optimism. Jerome Powell, the head of the Federal Reserve, has repeatedly cited rapidly growing worker compensation as the reason why the Fed had to raise interest rates so quickly. If the Fed raises rates far enough and for long enough, the economy may become so weak that a recession results.

The likelihood that the Fed will be able to construct the often-elusive “soft landing,” in which the economy slows but doesn’t reverse course and the unemployment rate increases somewhat but remains low, is increasing as a result of these developments. For many others, it would still mean difficult times. However, it wouldn’t cause the widespread unemployment that a recession usually brings about.

“All the evidence is pointing to a higher possibility of a soft landing, not a lower one,” “said Alan Blinder, an economist at Princeton University and a former vice chairman of the Federal Reserve. “It might not even be 50-50 at this point.” However, 50-50 now appears more promising than it did a few months ago.”

The continuous fall in inflation is the most encouraging development, according to Blinder. From a high of 9.1% in June to a still high of 7.1% in November, it has decreased. Economists anticipate that the government’s release of the December inflation data on Thursday will reveal even another decline, to 6.5%. Another hopeful development is that prices should have stayed stable every month from November to December.

Several variables, such as cheaper gas, the clearing of supply chain bottlenecks, and lower profit margins at many stores, are to blame for the fall in inflation. On Wednesday, the national average for a gallon of gasoline was $3.27, a significant decrease from the $5 peak in mid-June. Prices for used cars have fallen for five months in a row after surging 37% in 2021. Compared to a year ago, they are now 3% less expensive. Two of the previous three months saw a decrease in clothing costs. For three months in a row, furniture costs have decreased.

Consumer spending is decreasing in the interim, pushing many merchants to lower prices to reduce their product stockpiles. According to Adobe Analytics, online costs have been declining from year-ago levels for four straight months, especially for computers, toys, and athletic items.

The sooner the Fed eases up, the lower the likelihood of a recession, according to Blinder, therefore the sooner the inflation rate declines. Having said that, there are several dangers to a gentle landing. China may start using more of the world’s oil supplies as soon as its economy emerges from the COVID-19 lockdowns. That may result in another increase in gasoline prices in the US.

While layoffs outside of the technology sector are still historically low, this tendency may change if firms start to worry about the economy once again. Congress may also find it difficult to increase the debt ceiling by this summer, which, if they fail to do so, might result in economic unrest or a severe recession.

However, a soft-landing scenario is now taking shape. Although inflation is still much above the Fed’s 2% objective, the policymakers have made it clear they anticipate boosting their benchmark rate by at least three-quarters of a point further because of the slowdown in price rises. The economy has continued to expand, and firms have continued to hire despite the central bank raising its benchmark rate at the quickest rate in forty years. Employers created a healthy 223,000 new jobs in December, while the unemployment rate returned to 3.5%, matching a 53-year low.

According to Mark Zandi, chief economist at Moody’s Analytics, “the employment market data is quite supportive of the premise that the economy may… decelerate without a recession.” The three categories Powell has highlighted as the main contributors to inflation—transportation, housing, and rent—as well as travel, health care, dining out, and other services—show indications of improvement.

As the pandemic’s transportation bottlenecks have cleared up, product costs have decreased. While housing and rental expenses continue to contribute to inflation, there is also positive news there: Rents for new apartment leases are growing considerably more slowly presently, according to private data. This summer at the earliest, the official rent gauges should reflect that downturn.

Powell has concentrated particularly on the threat to inflation posed by rising wages. To recruit and retain employees, businesses including restaurants, shops, motels, and doctor’s offices have to significantly increase compensation. But even there, there are some indications that inflation may continue to decline. According to the December jobs data, earnings rose 4.6% from a year earlier, which was less quickly than the top of 5.6% last spring. The Fed wants to moderate wage growth so that it is compatible with reduced inflation. Milder inflation might make money go further.

A pay tracker created by the job search engine Indeed also indicates a slowdown: For the eleventh consecutive month, wages in job listings decreased in December. Many service businesses have seen an even more significant decrease in wages. The leisure and hospitality industry, which includes restaurants, hotels, and entertainment businesses, had a robust 6.4% increase in average hourly pay last year. Its growth rate in 2021 is still just around half that, though. Retail employees’ average compensation has also fallen.

Former Federal Reserve economist and head of Sahm Consulting Claudia Sahm stated, “We’re already far over the top in monthly pay gains.” Sahm also pointed out that price increases aren’t usually a result of increased earnings. While many businesses charge their consumers more to cover the expense of greater compensation, they may also make their employees more productive or find other ways to cut costs to counterbalance higher pay. 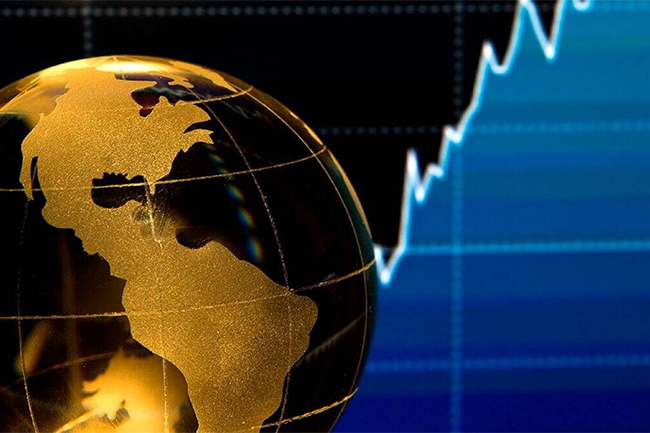 Senior economist at the data analytics company Lightcast, Ron Hetrick, highlighted that significant salary increases often take place following a shock to the labor market. As an illustration, consider how the economy quickly recovered when the epidemic broke out in early 2020. Simultaneously, millions of companies scrambled to fill positions.

Companies can modify after that time has passed, according to Hetrick. Employers are not required to always offer greater compensation to fill positions, even if unemployment remains low. For instance, they may attempt to automate some tasks. In Japan, where unemployment has been low for years, many businesses have adopted such a strategy. You can see indications that hiring is not quite as urgent, according to Hetrick.

The number of temporary employees has decreased for five months running. In December, the duration of the typical workweek decreased as well. Both indicators point to a reduced labor shortage for businesses. Numerous firms have reduced workweeks rather than eliminating positions, which implies that they still wish to keep their staff members even as the economy weakens. Businesses are now more hesitant to fire employees since so many of them had trouble hiring employees two years ago. By requesting the employees you have to create less. However, that does not entail getting rid of them.

Forecasts for US real GDP growth in 2023

According to Jan Hatzius, chairman of Goldman Sachs Research and the company’s top economist, “there are good grounds to predict healthy growth in the next quarters.” Real personal income is recovering from the decline that occurred during the first half of the year as a result of fiscal restraint and a high rise in inflation. Over the coming year, our experts predict that real disposable income will grow at a rate of more than 3%. The increase in real income is probably going to be the greater factor next year, even if financial conditions have tightened and are already deducting around 2 percentage points from growth.

Our experts predict a 35% likelihood that the United States enters a recession in the coming year, which is far less than the Wall Street Journal survey’s median forecaster estimate of 65%. Due in part to figures on economic activity that are not even close to recessionary, the United States may avoid a slump. According to a preliminary study, the third quarter saw the GDP grow 2.6% (annualized). Last month, the nation created 261,000 jobs.

The U.S. experience in the 1970s and the first part of the 1980s proves that a central bank tightening shock can result in a spike in unemployment. This period may be different due in part to the fact that since the pandemic, overheating in the labor market has manifested as an extraordinary rise in job opportunities rather than excessive employment. Between 2020 and 2021, there were a record number of openings as businesses attempted to keep up with the best economic recovery ever, despite ongoing health worries and unusually generous unemployment benefits. However, employment as a percentage of the workforce only slightly increased from pre-pandemic levels. The employment rate for the working-age population is still lower than it was before the epidemic.

As the labor market heated up, job vacancies increased.

The economy is starting to change significantly right now. The pandemic has passed, demand is dropping, unemployment benefits have returned to normal, and the excess savings from the pandemic era are decreasing. Our employment gap, which is calculated as total labor demand minus total labor supply, is closing swiftly. According to Goldman Sachs Research’s estimates of timely job openings, the jobs-workers gap has shrunk from a peak of almost 6 million to just over 4 million, which is close to half of the 2 million thresholds needed to slow wage growth to a pace compatible with the Federal Reserve’s inflation target of 2%.

Contrary to earlier periods of high inflation, supply chains and housing rental markets are returning to normal. This is a source of disinflation that wasn’t there in the 1970s. As spending shifts from purchasing things to purchasing services, inventories are recovering.

According to polls of people and economic forecasters as well as the views suggested by inflation-protected bonds, long-term inflation forecasts are still firmly anchored. Although there is still a strong anticipation for short-term inflation, most of this is likely due to the recent surge in commodity prices and could subside if those prices begin to level out.

What do you expect US inflation to be?

As inflation declines, the Federal Reserve is unlikely to become more accommodating. Our analysts anticipate an increase in inflation-adjusted earnings, necessitating continued labor market rebalancing and a tightening of financial conditions on the part of the central bank. Our economists predict the Fed will increase rates by another 125 basis points (up from 100 basis points earlier) to maintain that adjustment.

They predict the central bank will increase rates by 50 basis points next month, then by 25 basis points in February, March, and now also in May. The fund’s rate is expected to peak around 5-5.25%, which is a little higher than what the market had anticipated, according to Goldman Sachs Research.

Rate cuts are not anticipated until the second quarter of 2024, according to our economists. That demonstrates how things are different this time around once more: historically, the first Fed reduction in the median hiking cycle occurs around six months after the last raise. Hatzius added, “We don’t envisage any rate decreases in 2023 unless the economy hits recession after all.

What is the ‘student loan safety net’ US Feds have proposed, alongside forgiveness?