Zomato, a food delivery service, has reduced its staff by up to 3% as part of routine performance-based layoffs, a company spokeswoman told NDTV. The spokesperson stated, “There doesn’t seem to be anything more to it than the fact that their personnel has had a regular results-based turnover of less than 3%.

According to a person with an inside understanding of the situation, around 100 employees from a variety of tasks are impacted, and the approach has been ongoing for the previous two weeks.

Co-founder of Zomato Mohit Gupta made his resignation official yesterday. Recently, Zomato co-founder Mohit Gupta formally announced his departure. Mr. Gupta’s farewell letter, which was released by the company in a statement to the media, stated that he would remain a “long-only investment in Zomato.”

Zomato announced a lower second-quarter loss on Thursday because of a sustained rise in online sales. According to the company’s regulatory filing, the combined net loss for the three-month period that ended September 30 was Rs 2.51 billion rather than Rs 4.30 billion the last year. Operational income increased from Rs 10.24 billion to Rs 16.61 billion. It has been questioned if Zomato requires to add other loss-making companies to its stable especially since it announced last year that it would be purchasing Blinkit (formerly Grofers).

Especially when considering that Zomato itself had previously attempted two unsuccessful supermarket delivery ventures. These worries were not unjustified; Blinkit hindered Zomato’s quarterly profitability even though it reduced the loss and scaled the business in the core food delivery sector.

However, CEO Goyal, who is still optimistic, saw Blinkit as a chance to get a paw in the door of fast commerce. “I’m conscious that most shareholders don’t now consider the Blinkit firm to be valuable, and so that makes complete logic.” In the most recent quarterly report, he stated, “But I am convinced this will change in due course of time,” emphasizing that he is “anxiously thrilled” about the direction Blinkit is taking. 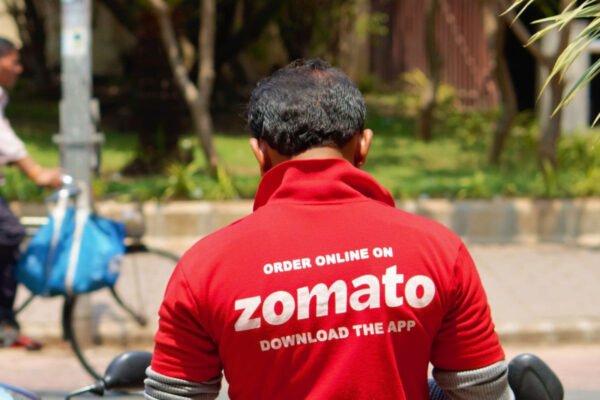 On the other hand, if Zomato doesn’t speed up the yearly expansion of food delivery, which it believes is making EBITDA profitable, it will be difficult for it to absorb Blinkit deficits over the lengthy period.

The gross order value (GOV), despite the expansion of the food delivery industry, increased only by 23% YoY to INR 6,631 Cr in Q2 FY23. Related to this, Blinkit’s GOV increased 26% (QoQ) to INR 1,482 Cr. It demonstrates that the meal delivery industry is not growing at a rate that might sustain Blinkit’s losses in the short term.

Rapid e-commerce businesses are likewise cutting back just after a surge in 2020 and 2021, as witnessed in the instance of Dunzo. Prior to actually making a stronger push in the future, would Blinkit also need to cut back from dark storefronts and franchises that are losing money?

In addition to Blinkit, the company will continue to rely on any profits generated by its primary food delivery operation for its other trials, like intercity delivery. This new vertical is probably going to experience further growth spurts now that Siddharth Jhawar (VP, of global growth and intercity head) has left the company. Will it be discontinued like the previous grocery delivery and dietary supplement ventures?

It’s significant to observe that Rahul Ganjoo, a five-year employee of Zomato, left the company this past week. The company’s latest activities were under the direction of Ganjoo, who has been in charge of the meal delivery division since 2020. After these high-profile exits, what sort of management layout Zomato will choose is still to be seen.

Following the departure of cofounder Gaurav Gupta the year before, these important executives are leaving. Along with this, Pankaj Chaddah left the company in 2018 after co-founding it with Deepinder Goyal in 2010. Goyal is the sole remaining original founder at this time; Akriti Chopra was promoted to cofounder the year before.

There is also a lot of ambiguity around the “Zomato Pay” loyalty program, which is expected to be updated soon to add meal delivery incentives in addition to the present dining-out incentives. This will be a vital component of Zomato’s strategy to increase income per user from its most active user base, which is more acclimated to ordering in than dining out. 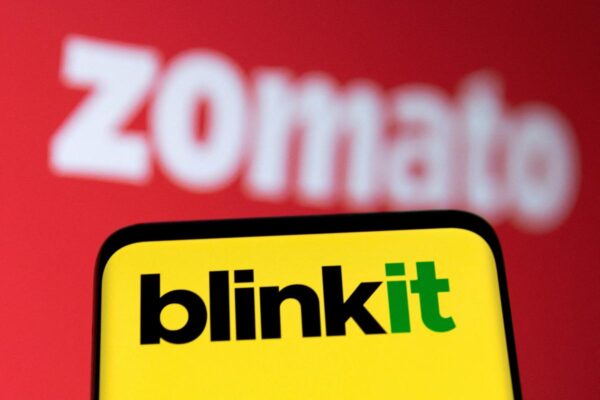 Zomato does have at least started to incorporate Blinkit within the main app, regardless of the direction the new reward and membership program takes.

The financial investments in startups like Blinkit, Shiprocket, Magicpin, and others over the past year were viewed as spokes links to the main food delivery company, Hyperpure B2B supply, and the eating-out industry. Even while this synergy is already in motion, the benefits still seem to be sometime off.

Approximately 150 individuals, or 3% of Zomato’s entire staff, were affected by its most current layoffs, which are thought to have occurred after some product integration efforts came to an end. This is probably the ongoing Blinkit collaboration with the Zomato app that began around Diwali.

In addition, the business has introduced a “Vibes Check” tool that allows eateries to advertise themselves through brief movies. Zomato is relying on this most recent addition as part of yet another endeavor to increase the business of eating out.

The Zomato app has been updated, but the company is trying to save costs in other areas.

Zomato has purchased a plethora of businesses in several markets during the previous 5–6 years in order to compete in the meal delivery space in those regions. It stopped operating in the UK, US, Singapore, and Lebanon last year. It stated this week that it would end its meal delivery services in the United Arab Emirates, which was its first overseas venture in 2012.

Downsizing from overseas countries is a shred of blatant evidence that Zomato has to focus more on India, where the company can generate the most money. The majority of experts and specialists have stated that there is still room for growth in the Indian meal delivery business when discussing Zomato’s potential.

However, achieving sustainable growth has always been difficult. Although Zomato may have made headway in this area as evidenced by the September quarter’s higher adjusted EBITDA figures, the Blinkit matter won’t be resolved in the upcoming quarters.

Japan to invest up to $500 million to manufacture advanced chips

What to expect as Malaysia’s split election leaves scramble to form govt?