Many people in India and billions of people worldwide are connected by the name Airtel. Currently, this telecom behemoth enjoys a high level of consumer trust. The company’s rise from a minor regional operator limited to the city of Delhi to the second-largest mobile provider in the Asia Pacific region can only be described as nothing short of miraculous.

Airtel said that the company has “quite firmly” recovered from the five-year tornado and is now quite stable. Airtel stated that it is under extreme conditions that an organisation’s true institutions and character are tested.

The company’s chairman, Sunil Mittal, claims that the telecom industry is one of the most “professionalised” in the country and that the company’s strong organisational structure has helped it withstand many challenges. He said that Airtel is managed by best-in-class persons responsible for its current success.

Bharti Airtel Limited is a global supplier of telecom services with headquarters in New Delhi. 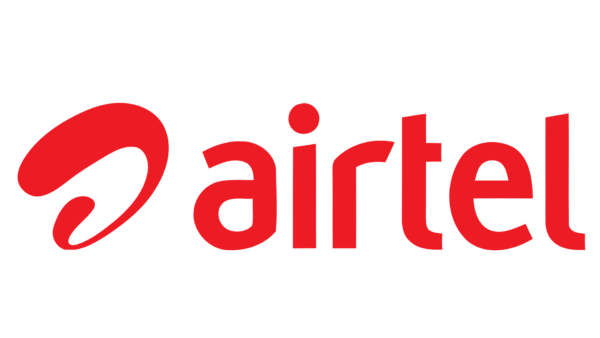 Mobile services for Airtel Business, Tower Infrastructure Services, Digital TV Services, Africa, India, and South Asia. Voice and data telecom services provided using wireless technology in those regions are included in the segment for mobile services in South Asia and India. The Mobile Services Africa department deals with the provision of voice and data communications solutions to consumers on the African continent.

The Telemedia Services category includes voice and data communications based on fixed-network and broadband technologies.

“Digital TV Services” refers to the industry for digital broadcasting services provided over the direct-to-home network. The Airtel Business sector includes end-to-end telecom solutions to large Indian and foreign organisations by serving as a single point of contact for all communications needs covering data and voice, network integration, and managed services.

The other sector includes administrative and supports services and mobile commerce services.

There are many ways to transfer information across a cable, radio, optical, or electromagnetic system. Telecommunication is the term for this. Slower systems (like postal mail) are excluded from the field. Its origins can be traced to humans’ demand for quick, efficient communication across wider distances than those enabled by human speech.

From 2022 to 2028, the size of the global telecom services market, which was assessed at USD 1,657.7 billion in 2021, is expected to increase at a CAGR of 5.4 per cent. The growth in spending on installing 5G infrastructures due to the shift in customer preference toward smartphone devices and next-generation technologies is one of the key factors driving this industry. 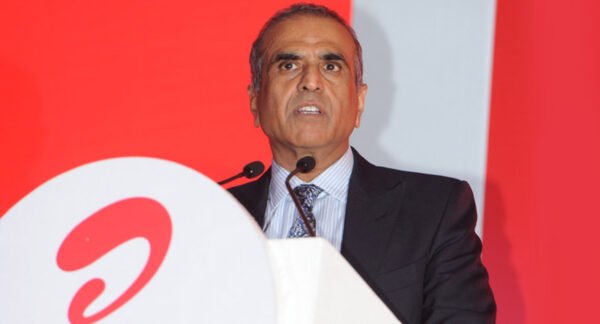 Sunil is the First Vice-Chairman of the International Chamber of Commerce (ICC). Additionally, he serves on the Broadband Commission, the Council on Trade and Industry of the Prime Minister of India, the Chairman of the Telecom Steering Committee of the World Economic Forum, the Research, Innovation, and Enterprise Council of the Prime Minister of Singapore, and the International Telecommunication Union (ITU) Telecom Board (WEF).

In addition to being a co-chair of the India-Africa Business Council and the India-Sri Lanka CEO Forum, he is a member of the India-US, India-UK, and India-Japan CEO Forums. He formerly served as President of the Confederation of Indian Industry, the country’s largest business organisation.

Sunil was presented with the Padma Bhushan, one of India’s highest civilian honours. Harvard Business School alumnus Sunil now sits on the boards of the Indian School of Business, the Harvard Business School Board of Dean’s Advisors, and the Harvard University Global Advisory Council. He serves on the boards of directors of the Carnegie Endowment for International Peace and the Qatar Foundation Endowment, respectively. 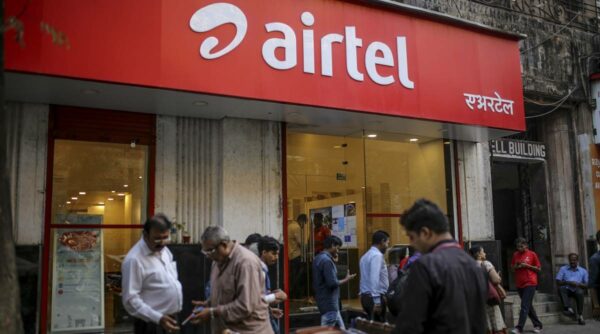 Airtel was founded in 1986 by Bharti Telecom Limited, a small telecom company with humble beginnings in India. Sunil Bharti Mittal’s business was the first to sell push-button phones in India in 1986, while most of the country still used rotary phones. They went from importing push-button landlines from Taiwan to producing them in India in their first joint venture, Siemens AG of Germany.

Sunil Mittal started producing push-button phones in India in 1984 to replace the old, complex telephones used at the time. He had earlier bought them from Singtel, a Singaporean company.

In 1992, India held an auction for four licences for mobile phone networks, and he won one of them. Mittal completed a deal with the French telecom company Vivendi. He was the first business person in India to identify the mobile communication sector as a major area for expansion.

The government ultimately approved his ideas in 1994 when Bharti Cellular Limited was created to offer mobile services under the brand name Airtel. He launched services in Delhi in 1995.

Bharti was the first telecom company to achieve the 2 million mobile subscriber mark quickly. Bharti has decreased the STD cellular rates in India under the moniker “India one.”

Later, the company provided many telecom technologies to the Indian market, with innovation at its core. In 1992, Bharti Telecom Limited obtained a permit to erect a cellular network in Delhi, laying the groundwork for the company’s mobile activities.

In 1995, it began doing business in Delhi under the name Bharti Tele-Ventures. The programme has been made available in a number of additional states through many partnerships and acquisitions.

The company’s two primary focus areas are business expansion and growth, client acquisition and service (retention). Their focus and vision clearly express that their ultimate aim is to become a telecom service that is valued globally, with an emphasis on customer pleasure and the supply of cutting-edge services that are often cheaper than traditional offers.

The many duties that are outsourced involve technology, network management, backend applications, and other services. This business strategy was pioneered by Airtel and is used as a model by several new competitors.

With the exception of their advertising, marketing, and major funding, the company adheres to the “minutes factory” strategy of cheap cost and big volume.

Airtel is known for inspiring tens of thousands of other companies and business owners as the creator of such a strategy. Amdocs, a US-based business, provides Airtel with the necessary IT assistance in addition to Ericsson, Huawei, and Nokia Networks supplying and maintaining the equipment for the corporation.

It uses both a B2C strategy and a B2B model registered under Airtel Business to support small and medium-sized businesses and entrepreneurs. Because of its unique business approach, which aims to provide customers with the best services at competitive prices, Airtel sets itself apart from the competition.

Remember that Airtel is not one of the companies that have experienced quick growth but has positioned itself as the industry leader via innovation and merit.

It is telecom service providers have recognised the relevance of value-added services (VAS) from the start, further facilitating its route. 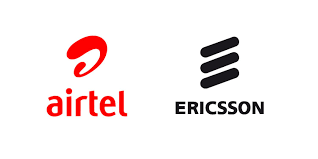 On May 9, 2009, Airtel and Manchester United reached a big agreement. As a result of the agreement, the company was given permission to give its subscribers access to the team’s games.

Thanks to a five-year agreement they reached with ESPN Star Sports, Bharti Airtel will now sponsor the Champions League Twenty20 cricket tournament.

In addition, the company agreed to be the main sponsor of the Indian Grand Prix. Airtel is the sponsor of the FIA GT World Cup for the years 2018–21. 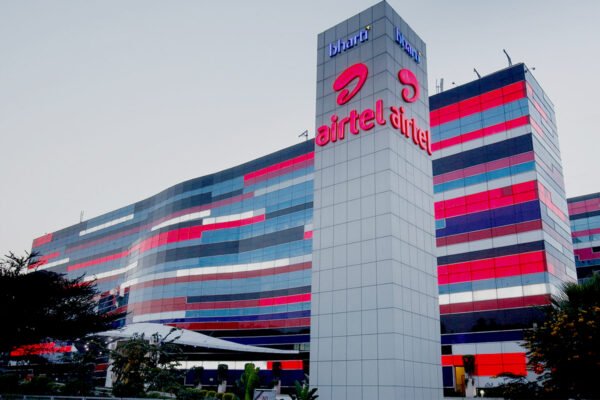 In its seven investment rounds so far, Airtel has raised more than $4.4 billion. Google led the final investment round, which was partially completed on July 1, 2022, and whose share distribution part was finalised on July 14, 2022.

The telecom service provider was expected to sell Google a 1.28 per cent minority stake at that point. After being offered for five months, this agreement was reached. At an issue price of Rs 734 per share, which includes a premium of Rs 729, the telecom juggernaut authorised the allocation of more than 71.17 crore shares to the tech titan Google on July 14, 2022.

This choice about the allocation of shares was made during a meeting of the “Special Committee of Directors for Preferential Allotment.” Following this, Google owns 1.20 per cent of all post-equity shares in Airtel or 1.17 per cent of the telecom business on a fully diluted basis.

To date, the company has made 15 investments. The last investment made by Airtel was in Avaada Energy on March 10, 2022, for a little under $1 million.

Quikmile was Airtel’s last acquisition on November 26, 2019. There are a total of 7 acquisitions made by the company to date. 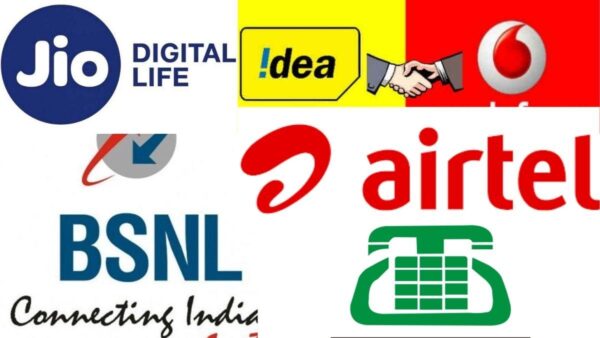 In June 2015, a code used by the company was thought to have violated consumers’ privacy.

Despite having one of the fastest expanding global telecom sectors, India’s telecom market is saturated with 14 competitors and overcapacity.

The two-tiered system that Airtel intended to build would comprise rural super-stockists and rural distributors. The rural distributors were in charge of bringing in new customers, and the young business owners allotted regions surrounding a few cell towers.

A specialised shopkeeper in the village was trained to handle service requests in addition to selling new connections and recharges. The retailer gained more customer confidence, which increased walk-in sales, while Airtel provided local support contacts. A hotline or call centre for each circle provides this on-demand backup assistance.

On December 16, 2017, the Unique Identification Authority of India (UIDAI) banned Bharti Airtel and Airtel Payments Bank Limited’s licence for eKYC of Aadhar after receiving complaints from customers that their accounts were being opened without their consent. LPG subsidies were occasionally even put into Airtel Payments Bank accounts.

Bharti Airtel Limited (“Airtel”) unveiled a revised brand identity for its data centre business under the moniker “Nxtra by Airtel” and highlighted investment plans to satisfy the demands of India’s quickly growing digital economy. Nxtra by Airtel has a huge network of data centres in India.

It oversees 120 cutting-edge data centres that are strategically placed throughout India and are crucial underwater landing places. When combined with Airtel’s network, it offers a safe and scalable integrated solution to governments, large Indian corporations, startups, and SMEs.

India is seeing a massive need for dependable data centre solutions due to the introduction of 5G, a fast-growing digital economy, enterprises shifting to the cloud, and local data storage rules. From roughly 450 MW to 1074 MW by 2023, the installed capacity of the Indian data centre market is predicted to more than double.

Nxtra by Airtel anticipates investing Rs 5,000 crores by 2025 to develop its network of hyperscale and edge data centres, which is the best in the industry. Significant metro locations will get new data centre parks. The investment would bring the installed capacity of Nxtra by Airtel to over 400 MW, allowing it to meet the rising demand and maintain its network leadership.

Sustainability will continue to be the main priority due to the major energy consumption of data centres. As part of the company’s overall GHG emission reduction targets, Nxtra by Airtel is actively expanding the use of green energy for its data centres and focuses to source 50 per cent of the power needs of these centres from renewable sources.

In addition, Nxtra by Airtel recently launched two captive solar power plants in the states of UP and Maharashtra, with more on the way.

Severe repercussions to food security efforts if Ukraine conflict does not give way to dialogue, diplomacy: India