‘Quantum computers’ will change the landscape of our digital world.

A leaked article in the famous science journal ‘Nature’ from September of this year had been accepted for publication. ‘Sycamore,’ Google’s quantum computer, has been discovered to have been developed through this leak. Twenty thousand lakh crores of calculations can be done in a second on this machine. Google also claimed that Sycamore was able to do such calculations in just 200 seconds, whereas the world’s fastest supercomputer Summit took ten thousand years to accomplish.

In the world of technology, day after night, progress is being made at the speed of quadruple. Things that seemed impossible until some time ago have become a reality today due to technological advances. Due to the progress made in the field of computing and the Internet, many of our tasks have become easier, and today the situation is that we cannot even imagine our daily life without computers, mobiles, laptops, etc.

In the last few years, we have seen how the size of the computer has become smaller, and at the same time, its capacity and performance have also increased tremendously. Advancements in computer science have completely transformed all industries and immersed our world in digital syrup. Day by day computers are becoming more powerful and setting new records, but the classical computers which we are using today also have some limitations or rather these computers are not good in many ways.

One of their biggest limitations is the speed at which data is processed. There are many problems related to storage and servers with existing computers, and they take a long time to solve complex mathematical equations. To make classical computers even better (more advanced), scientists and engineers are working worldwide. A parallel development is taking place, which is called quantum computing, in parallel with these developments in the world of classical computers.

The tech world has been awash with breakthroughs and progress in the past few months, which you may have noticed on your news feed. This information could include everything from the recent surge of cyber attacks on international networks to simple hacking tutorials to advanced space exploration that defies Moore’s law and the development of artificial intelligence. Nevertheless, the intricate quantum computing and its prospects in the future seem to excite most technology enthusiasts.

What is a Quantum Computer?

Physicists build quantum computers atom by atom. The quantum computer bears many of the same characteristics as quantum mechanics, which is one of the most dreaded topics in physics.

How Does Quantum Computing Work?

Quantum computers work by using atoms (quanta) as their underlying physical system. Quantum mechanics allows an atom to be in both 0 and 1 states simultaneously, which is contrary to regular computing, where the information is carried in either 0 or 1. Qubits represent bits of data in this way. (Don’t hold your breath yet!)

Hence, if there are an equal number of qubits and regular bits in the supercomputer, then the qubits should hold twice as much detail, i.e., if the supercomputer contains n qubits, then it will have 2^n different states. Experimentally, it is capable of holding more information than regular bits in the same amount of space, which will lead to exponential speed increases.

It seems impossible to build a quantum computer in theory, but the process is just as challenging in reality. The qubits are dynamic, and the only thing they can be measured accurately is their probability superposition, so complex algorithms are required, such as Shor’s method.

A world on the cusp of a quantum revolution

Quantum computing is a very complex subject, both from a theoretical and a practical point of view. Quantum computing means a computer working on the principles of quantum mechanics of physics. Practically creating a situation in which molecules and atoms can calculate and get proper results has been a great challenge for physicists.

In two years, the whole world of quantum computing has changed, even for scientists. The market has seen a launch of a quantum computer processor, but not its full central processing unit. This indicates that progress is being made in this direction. Quantware, a Dutch startup company, has recently produced the world’s first quantum processing unit (QPU). Despite the 40-year history of quantum computing, the introduction of a superconducting processor in its name is nothing less than a miracle.

Long have quantum computers been speculated about, but in 2019, the uncrowned king of the Internet world ‘Google’ announced the quantum age has arrived. There is evidence online that an article accepted for publication in the renowned science journal ‘Nature’ was leaked in September 2019. ‘Sycamore’ is the quantum computer that Google developed as a result of this leak; twenty thousand lakh crores of calculations can be done in a second on this machine.

Additionally, Google said that Sycamore was capable of completing such calculations in just 200 seconds. The fastest supercomputer in the world, Summit, would have taken a million years to finish the same job. Even ordinary quantum computers of the future will be millions of times faster than modern supercomputers, regardless of how much truth there may have been in Google’s claim. 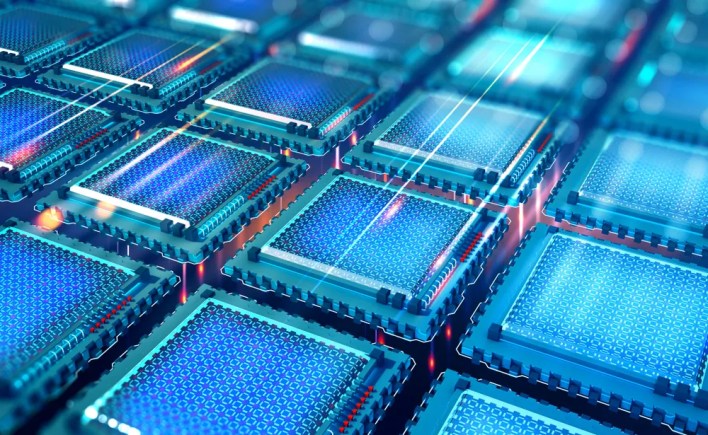 Quantum Computing is completely different from the way our existing computers, i.e., classical computers, work. The hardware required for a classical computer is made up of microprocessors, which are called integrated circuits (ICs). Integrated circuits mean many thin plates of silicon, which contain millions of transistors. These act as switches allowing the use of bits called the binary system (0 or 1) depending on the on or off position of the switch.

About eighty years ago, Alan Turing laid down the mathematical basis of computing. Just ten years later, John von Neumann made computing practical. Computer technology has developed at an increasingly rapid pace since then. Where in classical computers, all information is encoded in the binary system – as 0 or 1, information in quantum computers is encoded as qubits (abbreviation for a quantum bit).

A qubit can have both 0 and 1 positions at the same time; this is called a ‘superposition’ in quantum physics. In this way, two qubits can have four positions simultaneously – 00, 01, 10, and 11. Quantum computers are so powerful because of qubit superposition.

The thing above common sense is a quantum computer!

In Niels Bohr’s words, “Quantum physics would have been impossible for you to understand without having been pushed deeply.” At the quantum level, the world is completely different, where everything happens in stark contrast to our common sense. This is not a simple world of 0’s or 1’s, but a place where both 0’s and 1’s have strange positions. With quantum computing, we enter a world where each part of a computation can be solved simultaneously as if we were tossing a coin. 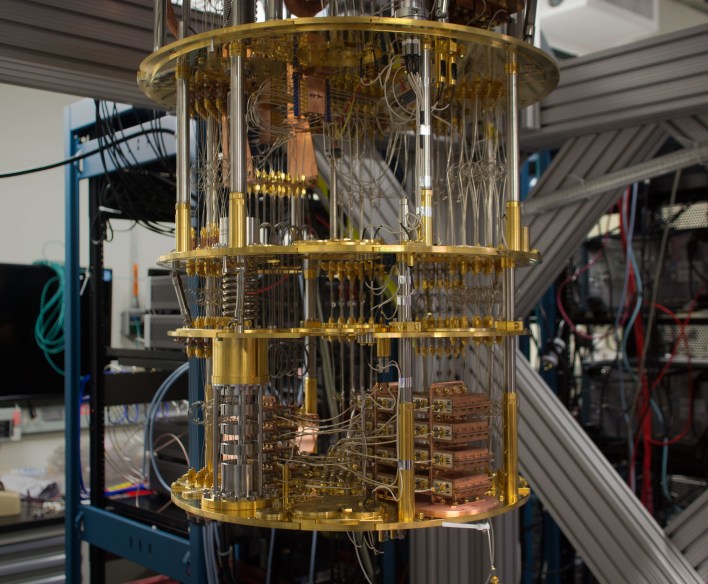 Quantum Computing: A History And A Present:

However, major quantum computing progress did not take place until two decades later, with the concept outlined in the 1980s. A 7-qubit NMR computer was used to demonstrate Shor’s algorithm for factoring 15. Afterward, efforts were focused on developing the quantum operating system and expanding the number of qubits.

Many private companies are participating in the race to build a quantum computer, which actually would silence critics. A company called D-Wave claims to have surpassed the thousand-qubit mark recently. Besides Google and IBM, other tech giants such as Intel and Intel are also working on developing quantum computers.

Quantum computing is a box of infinite possibilities.

Microsoft CEO Satya Nadella writes in his book ‘Hit Refresh’: “TodayToday we need to solve problems much faster that may have been tied up for centuries in classical computers but few by quantum computers. It is astonishing how quickly quantum computers have been able to break encryption to the highest levels today.

Scientists around the world are engrossed in intense research to build quantum computers. Today’s gold is – data. Whoever has the data is powerful. Quantum computers can speed up data processing, store more data in less space, and make data processing and computation techniques more efficient, thereby reducing energy consumption. The local defense budgets of many countries are being used to produce quantum computers by companies such as Microsoft, Intel, Alphabet-Google, IBM, and D-Web.

Thousands of new possibilities will be opened up by quantum computers in fields such as health and science, security, pharmaceutical production, and industrial manufacturing. There are many aspects in the field of quantum technology, and many countries are working towards keeping themselves at the forefront, including our country. Scientists believe that quantum computing will soon change the map of the digital world. In the coming days, intense competition will be seen in this direction. 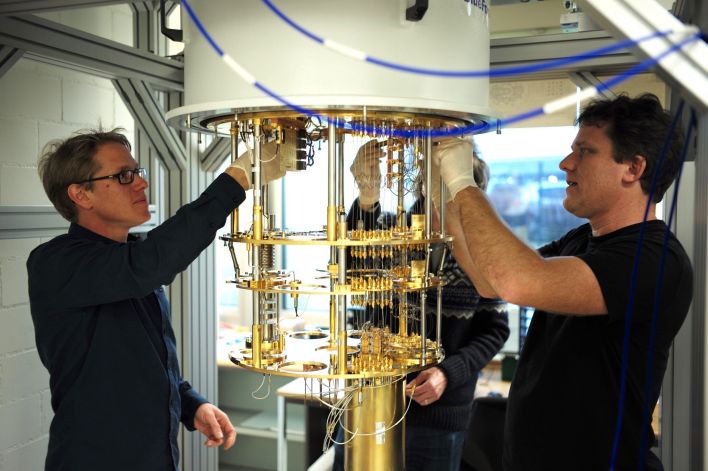 In what ways does quantum computing present challenges?

Getting rid of quantum decoherence is one of the biggest challenges. An individual who suffers from decoherence loses information to the surrounding environment. During the interaction with the surroundings, the qubits decohere because they are irreversibly altered by thermodynamics. A way to prevent decoherence is to freeze the qubits, which prevents the system from becoming contaminated.

Why is everyone so interested in quantum computing if it’s so complicated?
A million atoms would be required to build a fully working quantum computer. And we’re only at a thousand right now. But, what if we reached that limit or even half of it?
Complex and large calculations, such as genetic testing or monitoring weather patterns, necessitate the use of massive computers, or supercomputers. With current technology, increasing the quantity of data a supercomputer can manage by only one digit causes the system to fail, necessitating the purchase of a larger supercomputer.

Second, the modern-day encryption systems are entirely based on the limitations of regular computers. Normal computers can’t figure out the huge probabilistic analysis required to decrypt any sophisticated code. Even a supercomputer would take years decrypting the RSA cryptography, whereas with the help of Quantum computing it would be a matter of days, if not hours.

Quantum computers will lead to research that is either considered hypothetical or at a standstill. From simulating and computing the molecular-scale structures to stretching far into the mysteries of the Universe, we cannot even dream of the possibilities.
Quantum computing won’t be of changing your lives in day-to-day operations, but a quantum communication network would provide a better and more secure network.