India’s first private rocket launch and several more satellite launches by private operators made 2022 a momentous year for the Indian space tech industry, grabbing the attention of both the subcontinent and the rest of the globe. Going into 2023, the sector anticipates riding this momentum and anticipating an investment in private capital of around $300 million, several orbital launches of rockets other than satellites, and the implementation of the new India Space Policy, which will further open up the ecosystem. The launch of the first Indian-manufactured satellites authorised by IN-SPACe and the building of the first privately-owned rocket launchpad by Agnikul Cosmos make 2022 a historic year for the space technology industry.

According to Lt Gen AK Bhatt (ret), director general of the Indian Space Association, the space conglomerate formed by Larsen and Toubro and HAL was given permission to develop five Polar Satellite Launch Vehicles (PSLVs) in 2022 by the commercial arm of the Indian Space Research Organization (ISRO), NewSpace India Limited (NSIL) (ISpA). Along with the first satellite broadband licence agreement with the Department of Telecommunications, OneWeb also reached an agreement with NSIL to launch low-Earth orbit satellites from India.

Skyroot Aerospace: Skyroot Aerospace, a space technology business located in Hyderabad, made history this year when it launched its rocket Vikram-S to become the first private enterprise to launch into space. Additionally, the firm received $51 million from GIC. Similar to other startups, Dhruva Space, located in Hyderabad, certified its satellite orbital deployer on PSLV C53 in June before launching its two Thybolt satellites on PSLV C54 in November.

Krishna Teja Penamkuru, the chief operating officer of Dhruva Space, revealed to Moneycontrol that the business increased the size of its Hyderabad headquarters from 3,000 square feet to approximately 10,000 square feet. According to the CEO of the business, Anirudh Sharma, Digantara, located in Bengaluru, launched the smallest and first commercial space weather sensors into low earth orbit.

The business is also creating an infrastructure for space situational awareness (SSA), which is the practice of tracking objects in orbit and forecasting their whereabouts at any given moment. Sharma claimed that the business had declared its plans to launch a ground-based SSA observatory in 2022. The three solid-stage rocket engines that SpaceFields has been developing are similar. Additionally, in November 2022, an ISRO rocket carried three hyperspectral satellites, including the most current satellite Anand, from the Bengaluru-based firm Pixxel.

Indian space tech businesses have many launches scheduled for 2023, many of which include the start of commercial operations. For instance, Skyroot plans to orbit its Vikram-1 launch vehicle. Suborbital meaning that the Vikram-S rocket launched earlier this year went below the Earth’s orbit. By Bengaluru-based SpaceFields, three solid rocket engines that have been under development will be tested. “We are on pace to fire our three solid rocket engines both cold and hot to qualify various subsystems. We are looking into potential places where we might also employ our rocket propulsion systems as a pilot. CEO of SpaceFields Apurwa Masook After successfully launching two Nano satellites in 2023, Dhruva Space plans to launch a higher class of satellites.

We plan to launch our P30 nanosatellite between June and December of next year, with a potential weight of up to 30 kg. Applications for this platform include weather analysis and earth photography.

It may be used for space travel as well as for tracking the diverse atmospheres of each planet. Chaitanya Dora Surapureddy, the company’s chief finance officer, claims that the firm has already signed its first commercial deal for the creation of satellites for Rs 20 crore.

Kshitij Khandelwal, a co-founder of Pixxel, previously disclosed to that the business is concentrating on having its constellation of hyperspectral satellites ready for flight by October 2023. Additionally, this would mark the beginning of the business’s commercial activities. Similar to this, Agnikul Cosmos intends to launch their rocket Agnibaan on a full-scale commercial mission in March or April of 2023.

By 2023, Bellatrix Aerospace, based in Bengaluru, also intends to test its satellite-guiding propulsion technology in orbit. The sector anticipates the release of the Space Activity Bill in 2023 when the new India Space Policy is announced in the first place.

Space Policy: According to ISpA’s Bhatt, “The new ‘Indian Space Policy’ will completely redefine the game since it will include upstream and downstream operations and help build a vision to support the investment climate in the private space industry.” However, the sector predicts a huge need for satellites in the upcoming years, driving development in satellite-enabled services, while the nation waits for the Space Act and India Space Policy.

G20: The Indian space technology sector anticipates a substantial boost to the ecosystem with India taking up the G20 presidency this year. “India assuming the one-year G20 Presidency is a blessing. The emphasis on climate financing, disaster response, and entrepreneurs will have a significant influence on the space-based solutions India can provide for improving the lives of people on Earth, according to Sanjay Nekkanti, founder of Dhruva Space. 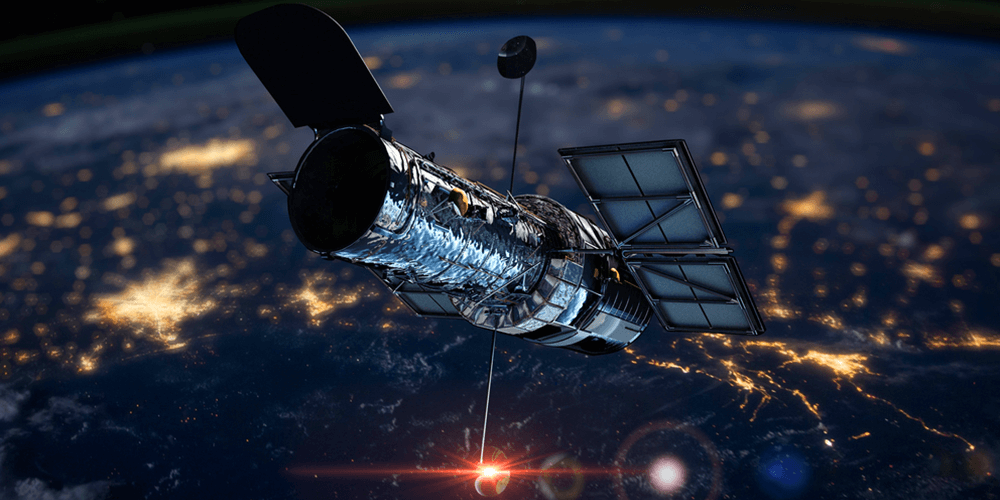 PLI programme: ISpA’s Bhatt also asked that in 2023, the government put into place a production-linked incentive (PLI) programme for satellite manufacturing. This will assist in fostering the growth of new firms and strengthen the private space ecosystem, according to Bhatt. More money: Pawan Kumar Chandana, CEO of Skyroot Aerospace, forecasts a cash influx of more than $300 million. India now has more than 100 space companies with financing totaling more than $245.35 million.

By 2040, it is anticipated that the global space economy would be a trillion-dollar sector.

ISC 2022 aims to promote corporate collaboration in the space economy, which is expected to grow to a trillion-dollar sector by 2040. According to some projections, the space industry will generate $1.5 trillion in yearly revenue by 2040.

The “space economy” is defined by the Organization for Economic Cooperation and Development (OECD) as the “whole range of activities and the use of resources that provide value and benefit mankind while understanding and exploring space” (OECD).

The 15 selected companies can receive complimentary Azure credits worth up to $1, 50,000 as part of the Founders Hub initiative. The Azure public cloud platform from Microsoft provides a wide range of cloud services, including networking, analytics, and computing.

By 2025, it is anticipated that India’s space economy will reach about $13 billion.

According to research released jointly by Ernst & Young (EY) and the Indian Space Association (ISpA), the leading business organisation established to serve as the voice of the Indian space sector, the country’s space economy is expected to reach $12.8466 billion by 2025.

What are the sectors of Indian space? 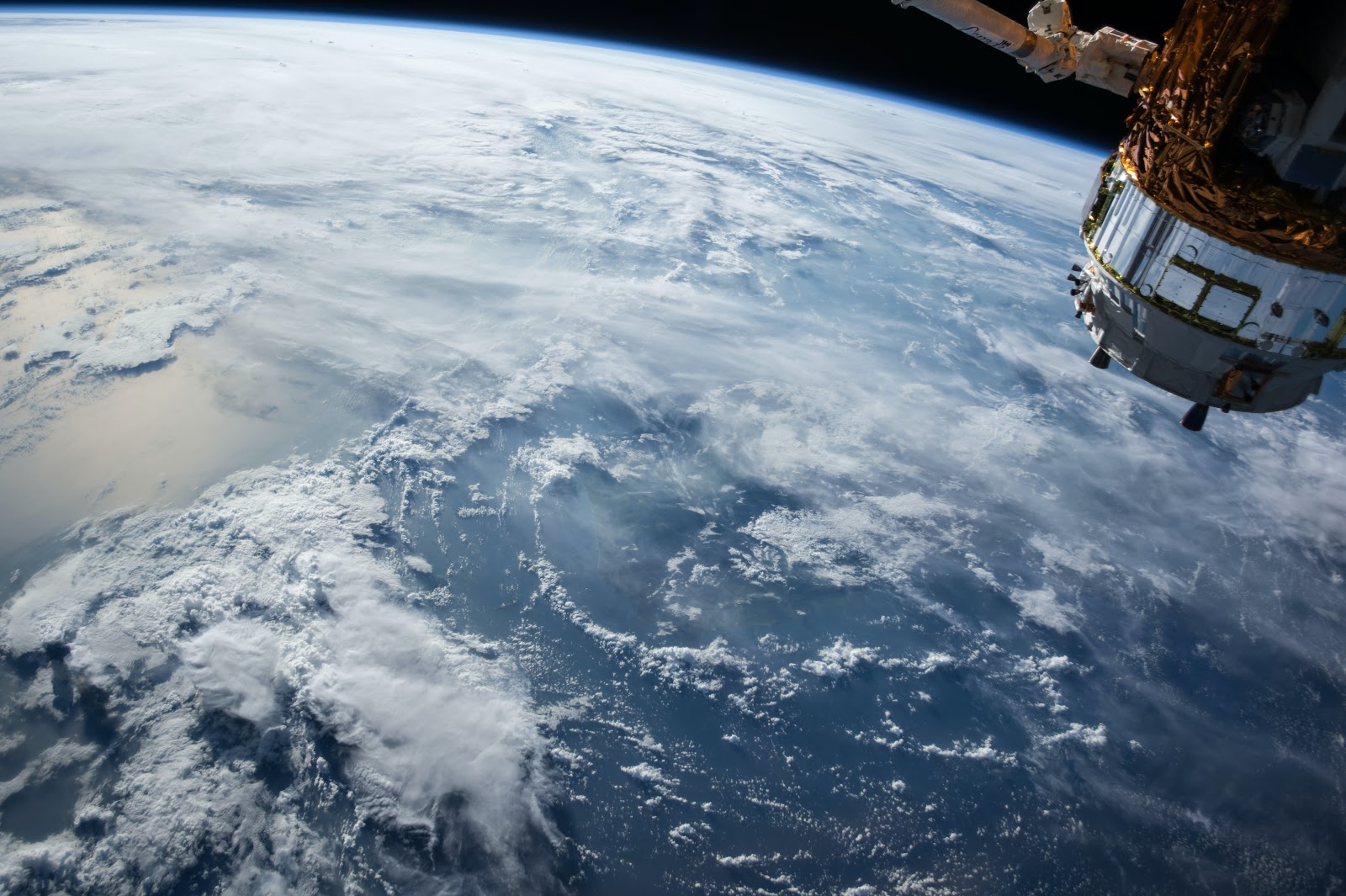 According to the research, the space sector will see an age of development and innovation as a result of the opening up of the space economy to private participation. The Indian space industry may be strengthened through utilising cutting-edge technology, enhancing access to funding and technology, and encouraging independent launch services provided by Indian private enterprises for satellites and spacecraft.

Why are space parks important to the Indian space economy?

The creation of space parks all around India, according to the article, will help businesses functioning throughout the whole space value chain, particularly those engaged in manufacturing, and will help draw in foreign startups involved in the space industry. Additionally, space parks will help India’s space technology firms get off the ground and will offer a favourable business environment for startups and small- to medium-sized companies that specialise in the manufacture of satellites.

Field parks will also act as a breeding ground for enterprises in the satellite application space, assisting in the identification of new businesses‘ revenue-generating potential.

Is 2023 going to be a year of revolution with 5G all over India?

An Electronic Vehicles-plosion awaits in 2023, and it’ll be packed with tech