The reversal of the government’s tight pandemic rules and the enormous COVID spike that followed are the subject of a ferocious, extensive debate that is taking place in China on the internet. The Communist Party’s attempts to manage the narrative surrounding its pandemic pivot are being hampered by the splits.

Many internet commentators have set out conflicting views over ostensibly all kinds of topics since the party abandoned “zero-COVID” last month. Who is to blame for the sudden increase in cases and fatalities? Is a renowned government-appointed health professional reliable? Do Chinese authorities who claim that omicron is less severe when hospitals appear to be overflowing with sick people actually believe this? They are even debating whether fireworks should be permitted for the approaching Spring Festival holiday after many did so at the start of the year. 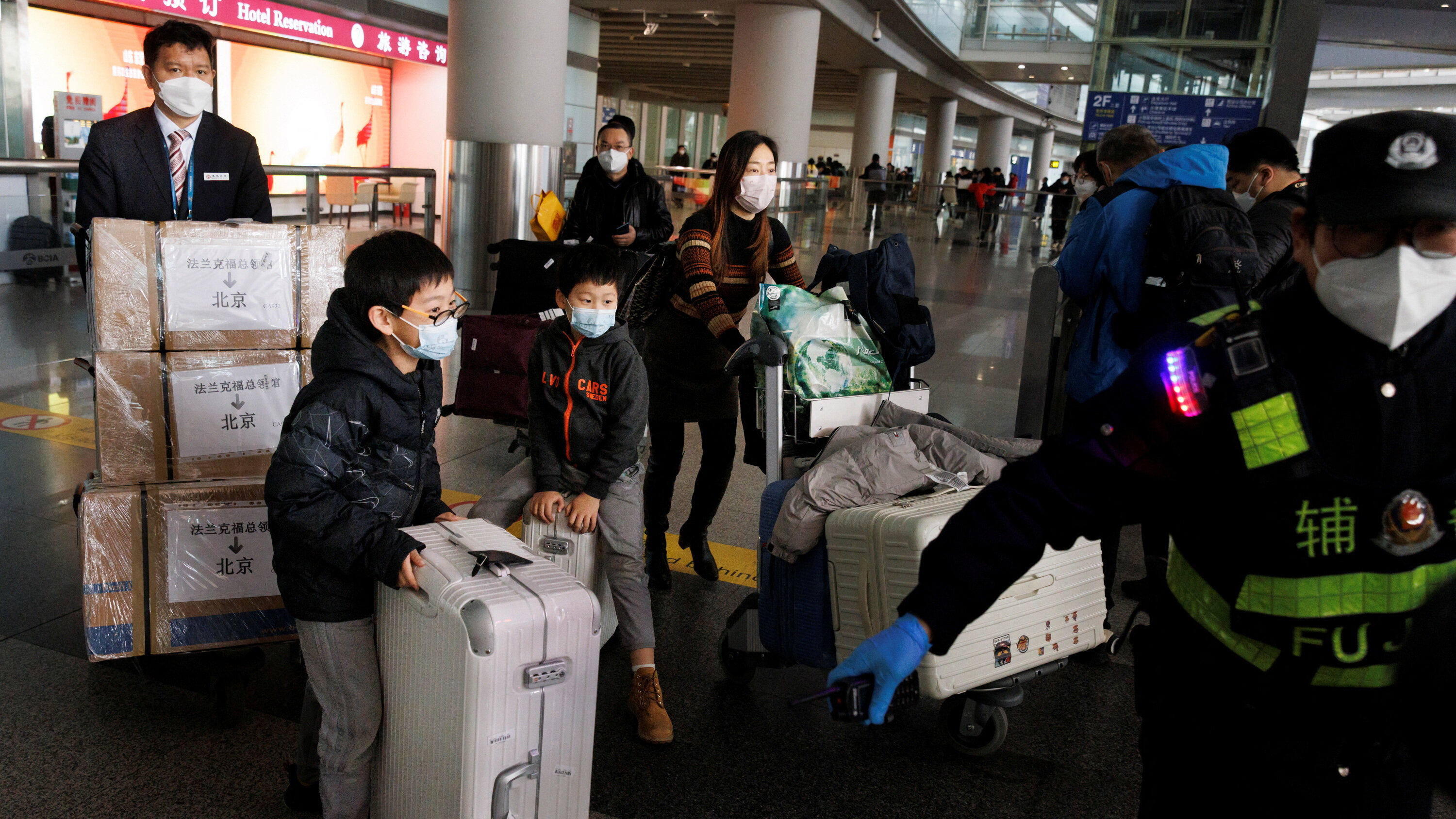 The nation is highly divided, with each side distrusting and suspicious of the other — and, to differing degrees, of the party and its proxies — as a result of the digital finger-pointing. The attempts of the party’s censors and propaganda channels to spread its message are hampered in some circumstances because the party’s own followers are subtly criticising its decisions.

According to Minxin Pei, a professor of government at Claremont McKenna College who specialises in Chinese politics, “the unexpected 180-degree pivot from ‘zero-COVID’ has triggered a new crisis for which the administration needs to explain to the public.” According to Pei, the party now needs to stop COVID infections, revive an economy that has been negatively impacted by its “zero-COVID” policy, and restore the harm done to its reputation by the chaotic reopening.

Beijing risks further alienating people who had long supported “zero-COVID” and who are perplexed or dissatisfied by the abrupt policy U-turn if it attempts to quell unrest with excessive force. However, if it allows the debate to heat up, it runs the danger of clouding its point and sowing additional doubt.

According to Xiang Biao, a China-focused researcher on social issues, “it’s highly destructive for Chinese society if society is divided into very adversarial factions who are equally helpless and impotent and they condemn each other.” The “zero-COVID” supporters, a grouping of nationalist internet personalities, conservative academics, and a few trolls, are by far the louder side. In a nation with uneven access to medical care, some believed the strict regulation was required to preserve lives. Others agreed with the party’s claim that China’s better political model was measured by its “zero-COVID.”

Even though the virus had been growing rapidly before to the policy U-turn, some voices in the so-called “zero-COVID group” have tried to pin the present outbreak and mounting death toll on the demonstrators opposed to lockdowns. They refer to those who backed the end of “zero-COVID” as “tangfei,” or “lying flat bandits,” which is a disparaging variant of the word “laying flat,” which was previously appropriated by Chinese state media to disparage Western strategies for living with COVID. 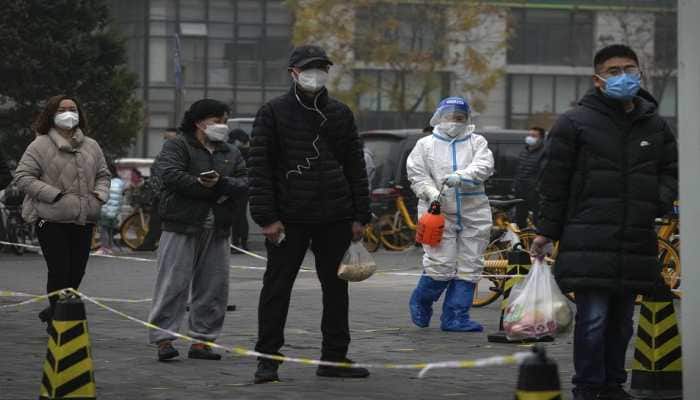 Some of the criticisms imply that by erasing “zero-COVID,” the party has strengthened its foes at home and in the West while losing support from even its own adherents. Online influencers like nationalist Sima Nan once even started criticising government-appointed experts like Zhang Wenhong, a leading epidemiologist in Shanghai who had argued against excessive lockdowns, claiming Zhang had misled the public about the severity of omicron. Zhang was one of these experts. The animosity was so intense that state media channels quickly demanded an end to such assaults on individuals.

On the other hand, other people have hailed the start of classes, employment, businesses, and travel as more than just a release from lockdowns; they see it as the Communist Party’s much-needed withdrawal from normal life. Many people identify with the “opening up” or “lift lockdowns” group, which includes university students, migrant workers, locals, and proprietors of small businesses that opposed “zero-COVID” in November.

Even China’s president, Xi Jinping, acknowledged the divisions among the public, stating in a New Year’s address that it was “only normal” for different individuals to have various concerns or hold various opinions regarding the same problem. But he made it clear that he wanted the Chinese to follow suit and “think in one way, work in one direction.” China of the future would be strong because of its togetherness, he claimed. 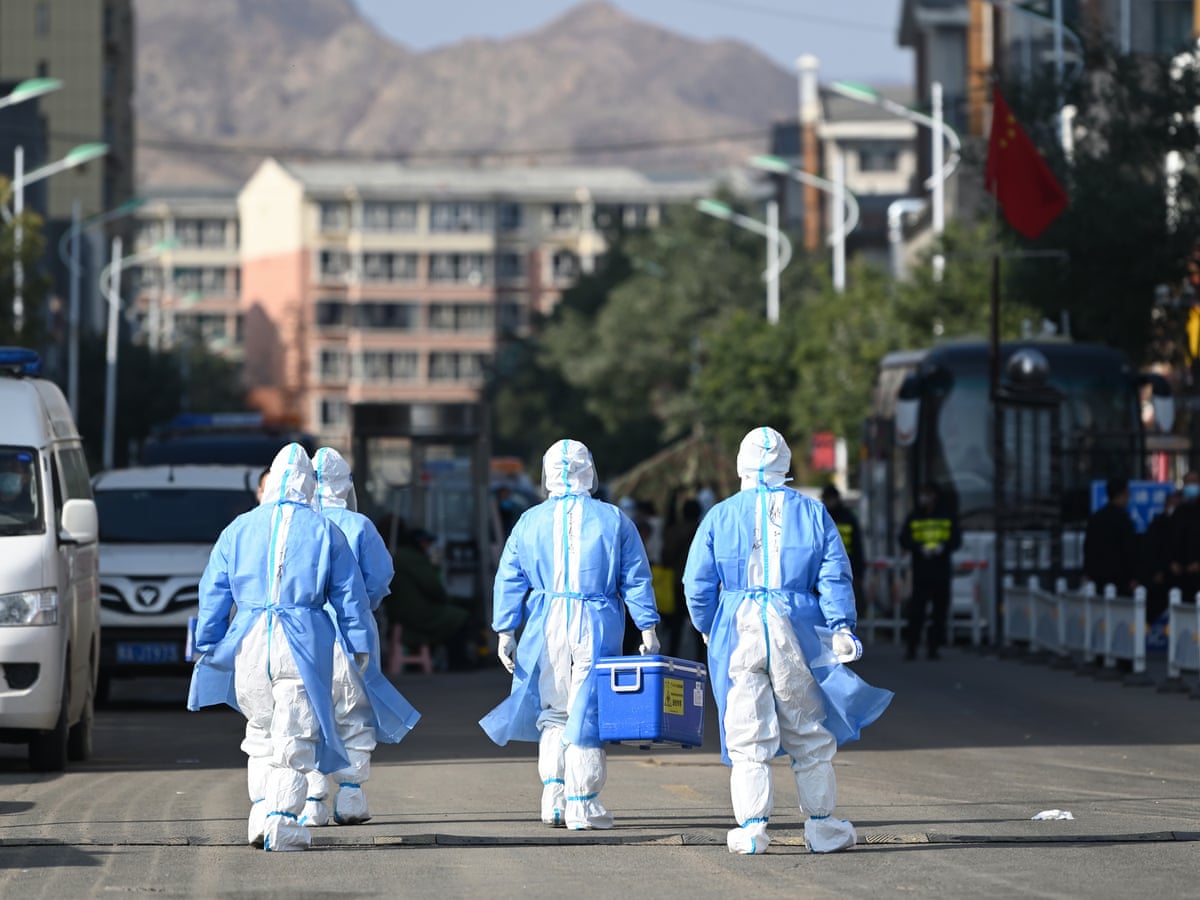 Since the beginning of the last three years, Xi has resisted all criticism, pointing to the “zero-COVID” policy as evidence of the superiority of the authoritarian party’s methods of safeguarding citizens over those of the disorganised Western democracies. Authorities now found themselves having to restrain their own accustomed defenders—those who had supported “zero-COVID” as the sole viable option—as a result of a growing public health problem.

Some believe that the resistance to the reopening is largely just internet celebrities’ posturing in an effort to get more followers and they expect that the outrage will subside as outbreaks peak and pass and the economy improves. Wu said that the “zero-COVID” top-down control strategy of Xi forced people to challenge the party’s authoritarian attitude, igniting a fresh political zeal that may, over time, gain traction.

In some ways, Wu argued, if you consider the situation from a future perspective, the current “laying flat” group may serve as a solid basis for a future Chinese opposition party. Both parties appear to agree that the government is losing credibility by withholding accurate information about the scope of COVID outbreaks and fatalities nationwide.

On Chinese social media, the official death toll is often mocked as being unreasonably low. Beijing has been requested to disclose more information on hospitalisations and fatalities by the World Health Organization and numerous other nations. Influencers and bloggers have promoted their own theories and conspiracies on the policy shift as a result of the information void. The “loss of public trust” was a significant contributor to the interpersonal infighting, according to Xiang, who also serves as the head of the Max Planck Institute for Social Anthropology in Germany. Government statistics, guidelines, and experts’ judgements all lost trust.