Tuesday was the last day that South Korean and Japanese nationals may get short-term visas from China. The move is seen as revenge against two of the many countries that have barred citizens of China from accessing their territory as a result of COVID. On Sunday, China became the last big economy to reopen its borders following a three-year period of closure (January 8). After historically substantial protests against the restrictions, the contentious zero-Covid policy was abruptly dropped in the early days of December, resulting in a domestic health catastrophe. Since early 2020, the world’s second-largest economy has seen regular lockdowns, constant testing, and mobility restrictions, which have resulted in widespread anguish and one of the weakest growth rates in over 50 years.

China has ceased disclosing daily infection totals since the virus was released. Since the policy change, it has been reporting five or fewer fatalities per day, data that the World Health Organization disputes and that conflicts with the funeral homes’ reports of a massive increase in deaths and an unheard-of demand for their services.   In reaction to the COVID epidemic in China, which some observers have referred to as a “Covid tidal wave,” the United States, South Korea, France, and many other countries imposed testing procedures.

Because foreign experts anticipate at least 1 million fatalities in China this year, certain nations have expressed worry over Beijing’s transparency regarding the scope and effects of the outbreak. Washington has also expressed worry about potential viral mutations in the future. Beijing requires negative Covid test results from everyone entering the country, but officials this week warned to retaliate against nations that need testing for anyone leaving China.

The issuance of short-term visas for South Korean citizens traveling abroad has been banned, the Chinese embassy in Seoul said on its official WeChat account on Tuesday. Additionally, according to the Kyodo news agency, Beijing has sanctioned Japan with identical measures.

The Chinese embassy in Seoul stated in a WeChat post that it would modify its most recent visa policies if South Korea lifted its “discriminatory entrance restrictions” against China. According to various sources in the travel sector cited by Kyodo, China has also informed travel companies that it no longer issues new visas for Japan.

China maintains that any future mutations would probably be more contagious but less damaging, and that any criticism of their numbers has been dismissed as politically motivated attempts to discredit its “success” in containing the pandemic.  Despite estimates from specialists in health statistics that 270,000 individuals have died since December 1, official media on Tuesday made an effort to downplay the severity of the outbreak. 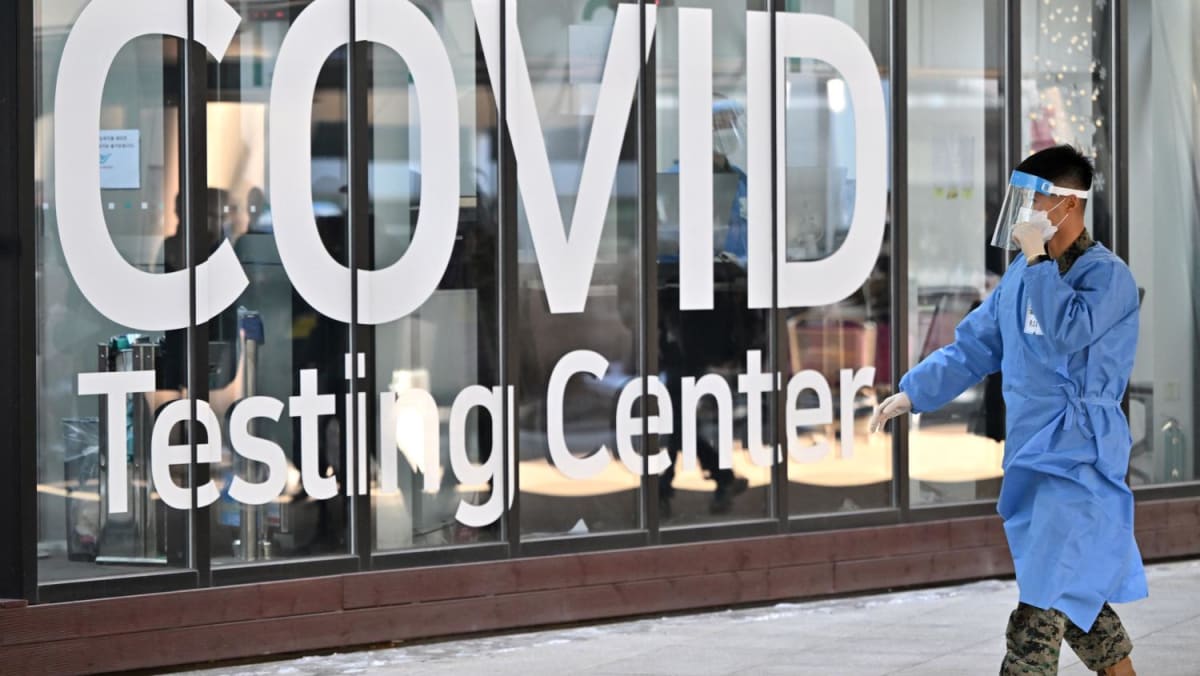 Beijing’s interim mayor, Yin Yong, claimed that the city had reached its pinnacle. The climax was achieved on December 20, according to Li Pan, deputy head of the municipal health commission in the city of Chongqing. On December 22, Jiangsu province had its climax, while Zheijiang province reported that “the initial wave of diseases has passed peacefully. Before the year was over, two cities in the southern Guangdong province—the center of Chinese manufacturing—reached their peak levels.

The latest border restrictions were seen by financial markets as a minor annoyance on Tuesday when the yuan reached an almost five-month high. Even though the number of daily flights into and out of China is currently only one-tenth what it was before COVID, businesses throughout Asia, including those in South Korea, Japan, and Thailand, as well as K-pop groups and tour bus operators, are salivating at the prospect of more Chinese tourists.   Before Covid, Chinese consumers spent $250 billion abroad annually. Other COVID conflicts were simmering in China besides the reprisals against South Korea and Japan.

The pricing of Pfizer, an American pharmaceutical company, for the Paxlovid Covid tablet has also been criticized in state media. It is no secret that US capital forces have already amassed a sizeable fortune from the sale of pharmaceuticals and vaccinations across the world, and the US government has been cooperating the entire time, according to an editorial in the nationalist newspaper Global Times.   Albert Bourla, the CEO of Pfizer, stated on Monday that the firm was in talks with Chinese authorities on Paxlivid’s pricing but not regarding the licensing of a generic version in China.

Many hospitals were taken off guard by the unexpected shift in Covid rules, and smaller cities were left scrambling to find affordable anti-fever medications. You Care Pharmaceutical Group Chairman Yu Weishi reported that in the previous month, his company increased production of its anti-fever medications five times to one million boxes each day. Intravenous drips, according to Wang Lili, general manager of CR Double Crane, a different pharmaceutical company, were their most popular item.

As COVID cases increase, Japan examines all Chinese visitors for the virus.

As an emergency response to the country’s own growing infection rates and record-high mortality rates, Japan began demanding covid-19 testing for all travellers entering from China. One day after hitting an earlier single-day total of 415 deaths, japan reported 420 additional coronavirus deaths, according to the health ministry. The figures were greater than the daily fatalities, which hit 300 during the height of a previous wave in August. According to experts, the cause of the most recent surge is unknown but may be related to elderly people’ increasing chronic conditions.

Japan has implemented the tougher border controls it promised earlier in the week. All visitors entering from mainland China must now submit to the antigen test, which was previously only required for those suspected of having COVID-19. Those who test positive had their samples utilized for genomic analysis and were placed in isolation for up to seven days at approved facilities. The efforts started ahead of the travelling and party-filled New Year’s festivities. Four major Japanese airports are now the only ones that offer direct flights between China and Japan, according to government authorities.

Flights from Hong Kong and Macao were permitted to land at three more airports: the Fukuoka Airport, the Naha Airport in Okinawa, and the New Chitose Airport in Hokkaido, as long as none of the passengers had recently travelled to the Chinese mainland.

The limitations were deemed “unreasonable” by Hong Kong officials, who demanded that the Japanese government lift them. Prior to adding the three airports for flights from Hong Kong and Macao, officials predicted that between December and January, 60,000 people and about 250 flights would be impacted. As part of a deliberate relaxation of regulations after essentially barring its doors to international visitors for roughly two years, Japan ceased demanding covid-19 testing for applicants who had at least three injections earlier this year. The Christmas season this year was the first without viral restrictions other than advice to wear masks and get tested.

Currently, the nation is reporting 200,000 known cases each day. At a conference earlier this week, experts expressed concern that the fast spread of the flu this winter would put further strain on the healthcare infrastructure. China stated this week that it intended to reissue passports and permits for international travel after recently lifting the anti-virus restrictions that had held the nation in isolation for almost three years. Since many Chinese may go abroad for the Lunar New Year vacation in January, there may be a risk of viral propagation.

Wang Wenbin, a spokesman for China’s foreign ministry, underlined the value of science-based approaches while adding that China was still keeping an eye on viral changes and sharing information. Tedros Adhanom Ghebreyesus, the director-general of the World Health Organization, has stated that the organisation required additional details on the severity of the epidemic in China.

He tweeted on Friday, “it was reasonable that nations across the world were acting in ways they considered may safeguard their citizens in the absence of complete information from China. More specific information was required “in order to do a thorough risk assessment of the covid-19 situation on the ground in China.

India, Italy, South Korea, and Taiwan have also demanded viral tests for Chinese travellers in response to the outbreak of diseases in China. The United States said on Wednesday that starting on January 5, it will demand testing of all travellers from China. Beginning January 5, South Korea said it will also need visitors from China to present negative PCR test results within 48 hours or quick antigen test findings within 24 hours after their departure. 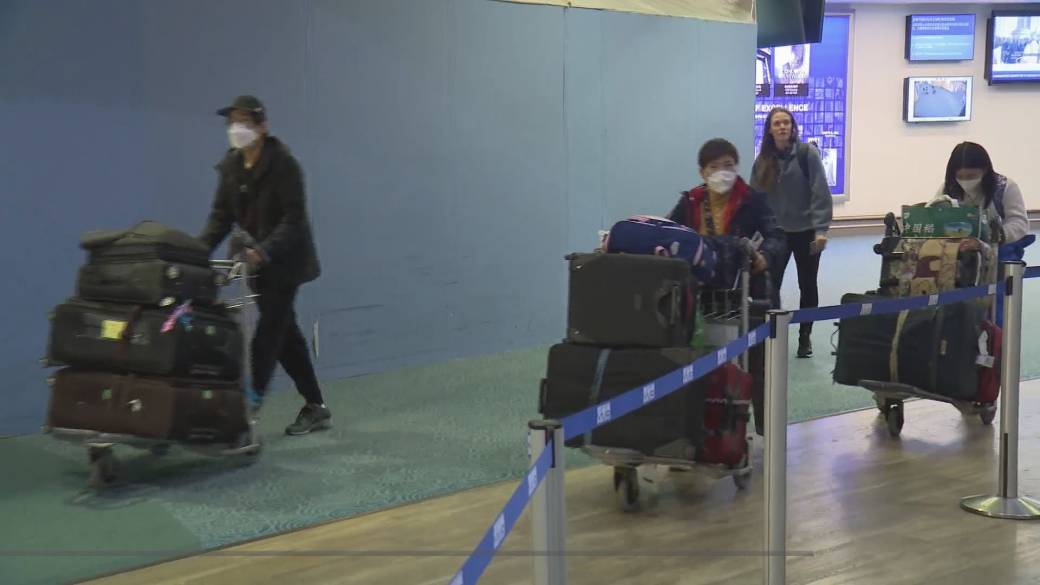 According to Jee Youngmee, commissioner of the Korea Disease Control and Prevention Agency, all travellers from China will also need to undergo PCR testing within a day of arrival in South Korea. Until the end of February, South Korea will similarly limit the number of flights from China and short-term visas for Chinese people, with the exception of those travelling for official, urgent business, or humanitarian purposes.   Authorities in Thailand said they were considering demanding a virus test that was negative and imposing more restrictions on visitors from China.

Since the start of the year, the rupee has lost around 10% of its value against the US dollar.