According to WHO statistics, more than 1 billion people (approximately 15% of the world’s population) currently suffer from some form of disability. It is very crucial for tech companies to create products with accessible features.

As awareness towards assistive technology (AT) is growing, major tech companies and young startups like Microsoft, Apple, and Amazon are either designing special hardware products or incorporating software features designed to address the needs of individuals with disabilities.

The following are some of the best examples of assistive technologies (AT) designed to address the daily impediments faced by people with disabilities.

Turn AirPods into a Hearing Aid 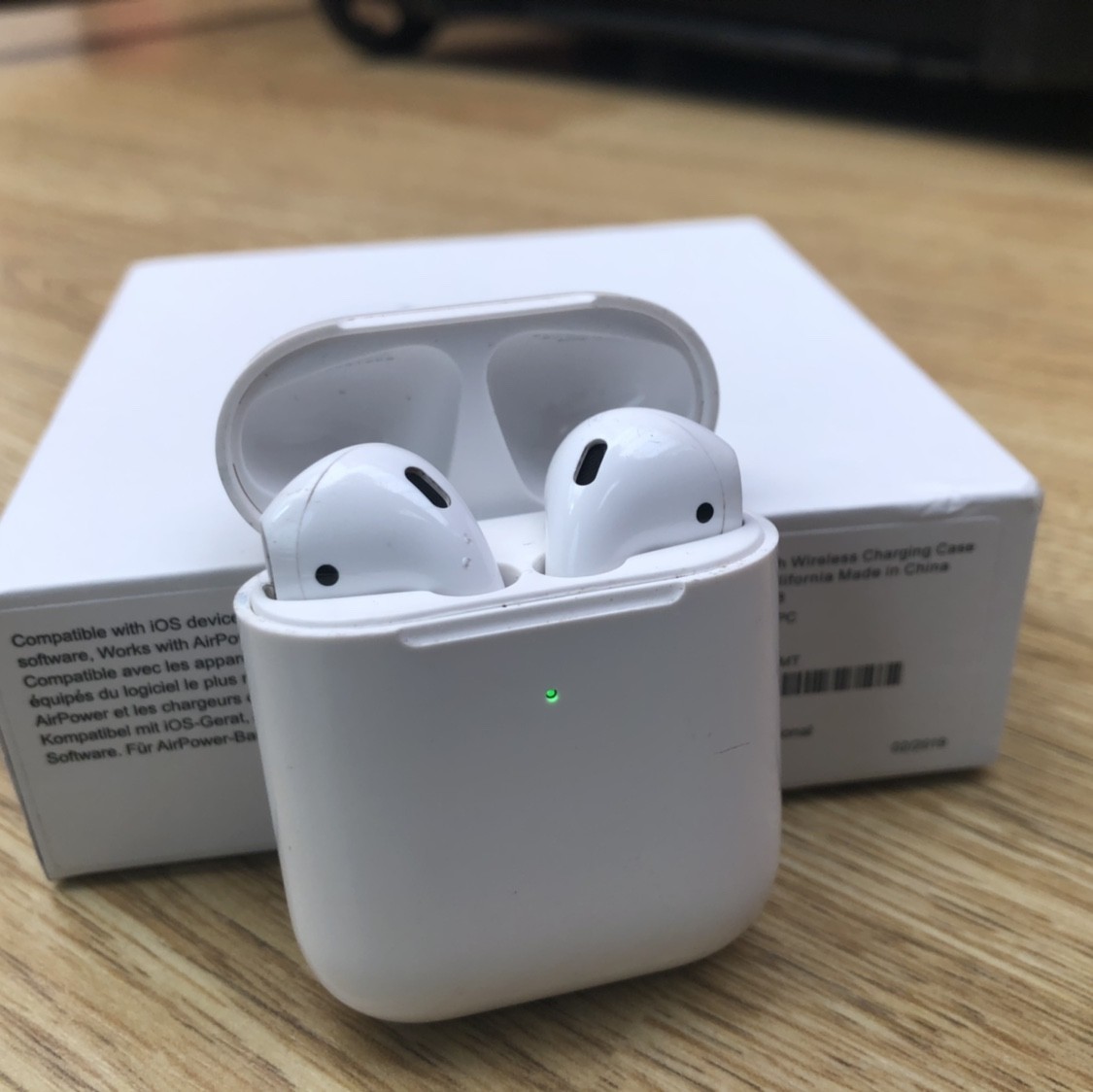 Due to Airpods’ real-time listening feature, AirPods can be used as an alternative for hearing aid. This feature is designed to help those who are hearing impaired. 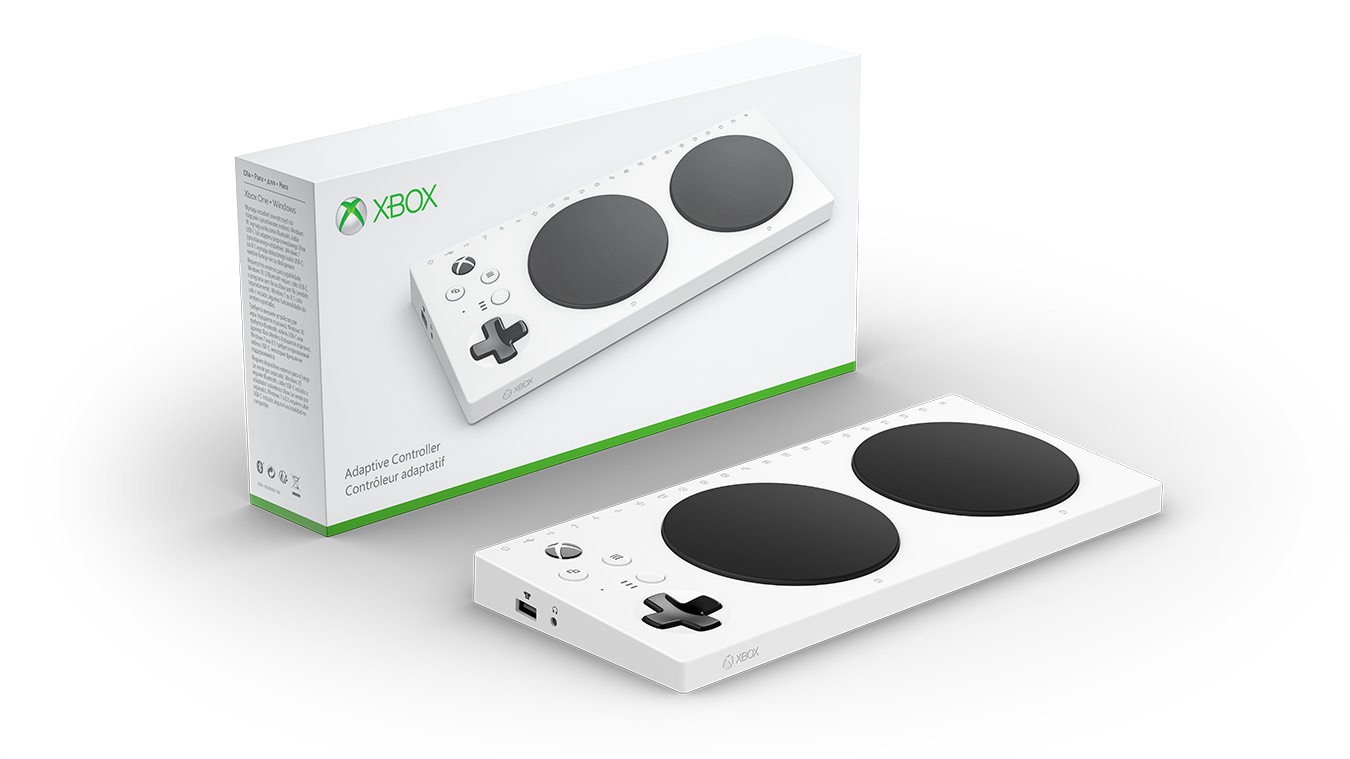 The Xbox Adaptive Controller is designed for gamers with disabilities. The controller looks like an old white box with 2 large black buttons that can be reprogrammed and a smaller steering button.

There are dozens of 3.5mm jacks on the back of the rectangular controller, which can be connected to many external switches, mounts, buttons, and joysticks. The Xbox Adaptive Controller is wireless in nature with a built-in rechargeable battery, but it can also work with a wired USB connection.

The controller can be used with Xbox One console and Windows 10 PC at a price of Rs 8,539. Time magazine named Microsoft’s Xbox Adaptive Controller as one of the greatest inventions of 2018. 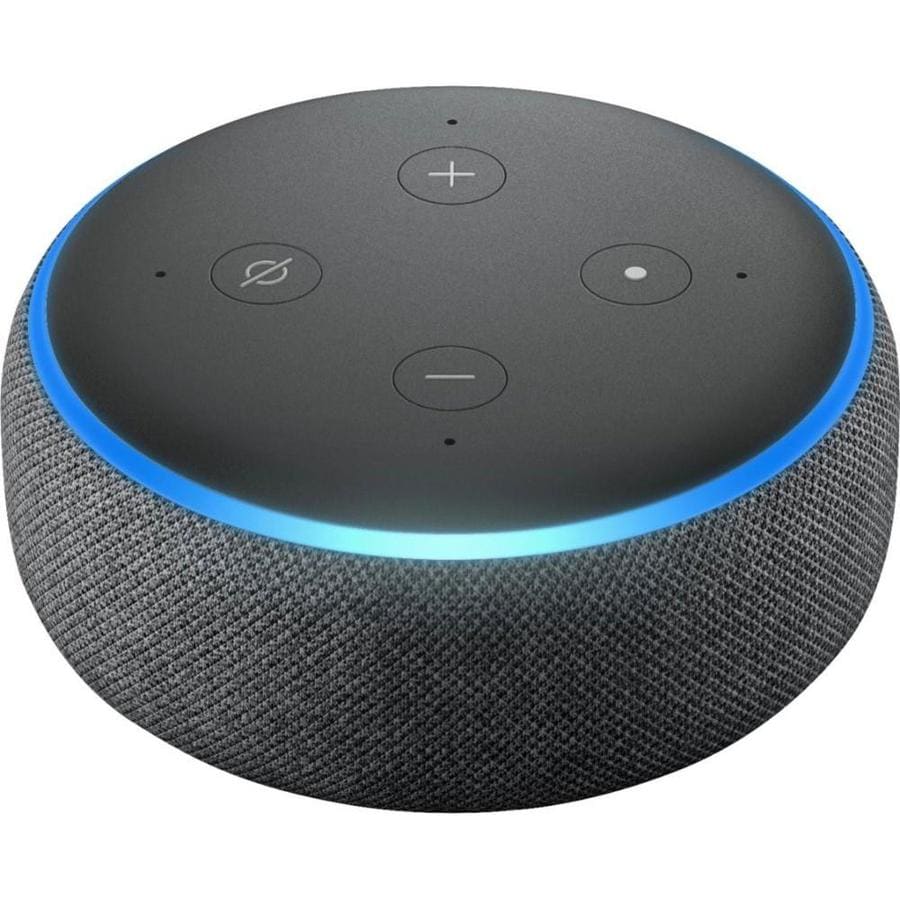 Many people see Echo as a smart speaker, but popular devices can affect the lives of people with disabilities in a positive way.

In fact, Echo powered by Alexa is the best example of how assistive technology is so useful for people with special needs.

The Echo can perform basic calculations, read daily stories, set alarms and reminders for people with low vision. Even can perform simple searches without having to move or change positions.

In this way, echo becomes a communication aid that can make life easier for people with disabilities. 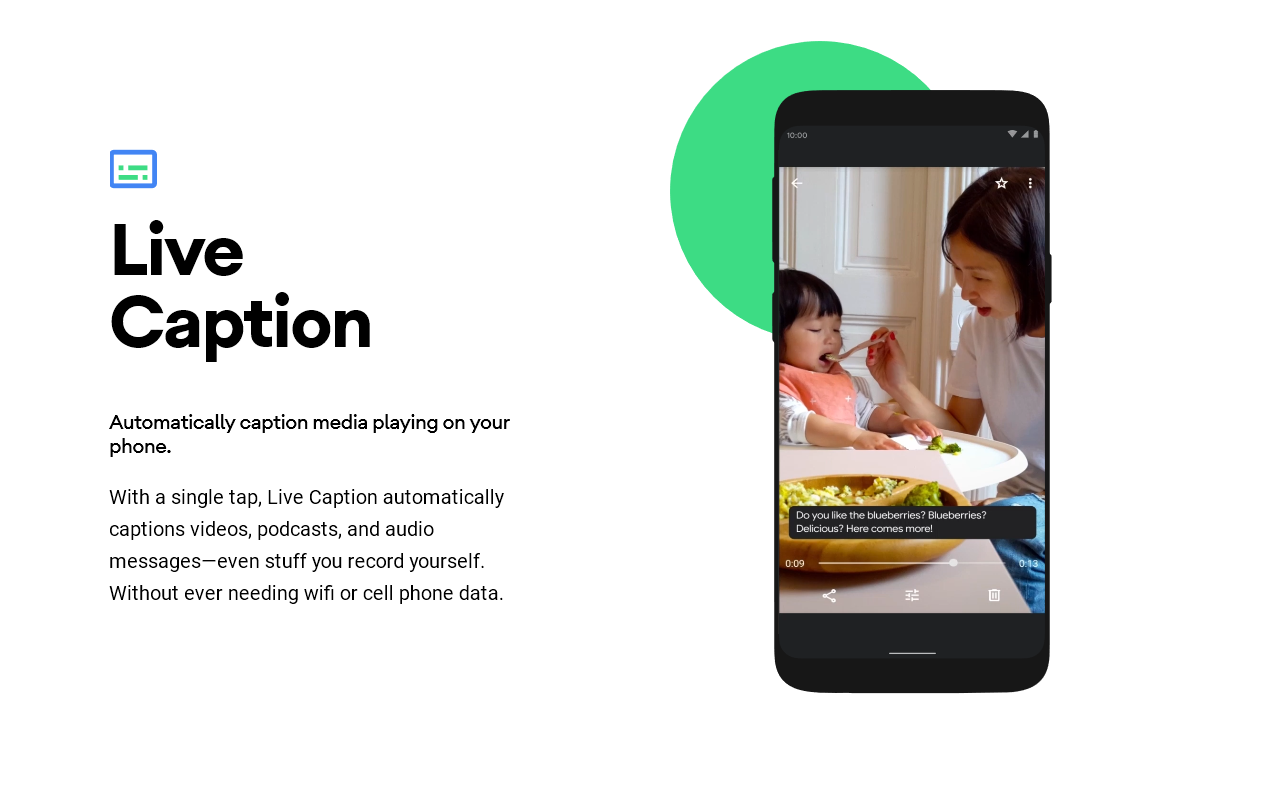 Google recently added a ” Live Caption” feature that can provide real-time subtitles/captions for podcasts, videos, and even voice annotations on mobile phones. This feature is useful for people who are deaf or hard of hearing.

After enabling the “Live Caption” feature, it will detect the audio playing on the phone and automatically start subtitles on the phone screen. It supports up to 70 different main languages, unfortunately, for this, you need an active Internet connection to work.

Live Caption is currently available on Google‘s own Pixel phones and some Android smartphones (including the Galaxy S20 series).

The recently launched iPhone 12 Pro Max and iPhone 12 Pro are equipped with LiDAR scanners to help blind people detect the distance of others or how close the other person is.

The new ‘person detection’ feature introduced as part of iOS 14.2, takes advantage of the LiDAR scanner of iPhone 12 Pro to detect the distance between other people and users with low vision. The LiDAR scanner can be used to measure the distance to objects in the room. The scanner is mainly used to improve the augmented reality experience, but Apple is thinking in a new direction, using 3D sensors as assistive technology to help people with low vision.

Huawei’s StorySign is a free application designed to help deaf children learn how to read and enjoy bedtime stories and literature. This app was nominated for BAFTA children’s games in 2019. The application combines augmented reality and AI technology, and uses a friendly signature avatar ‘Star’ to translate commonly used children’s books into sign language.

Samsung’s Good Vibes was developed in India to help deafblind people use their smartphones to communicate with others in two ways. The application uses Morse code to convert vibrations into voice or text, and vice versa.

You can download the Good Vibes application from the Google Play Store and the Samsung Galaxy Store.

In addition to this, Relúmĭno, developed by Samsung employees, is part of the company’s C-Lab plan and can be used as a visual aid application for people with low vision. The app allows people with low vision to zoom in and minimize images, adjust color contrast and brightness, highlight image outlines and invert colors. 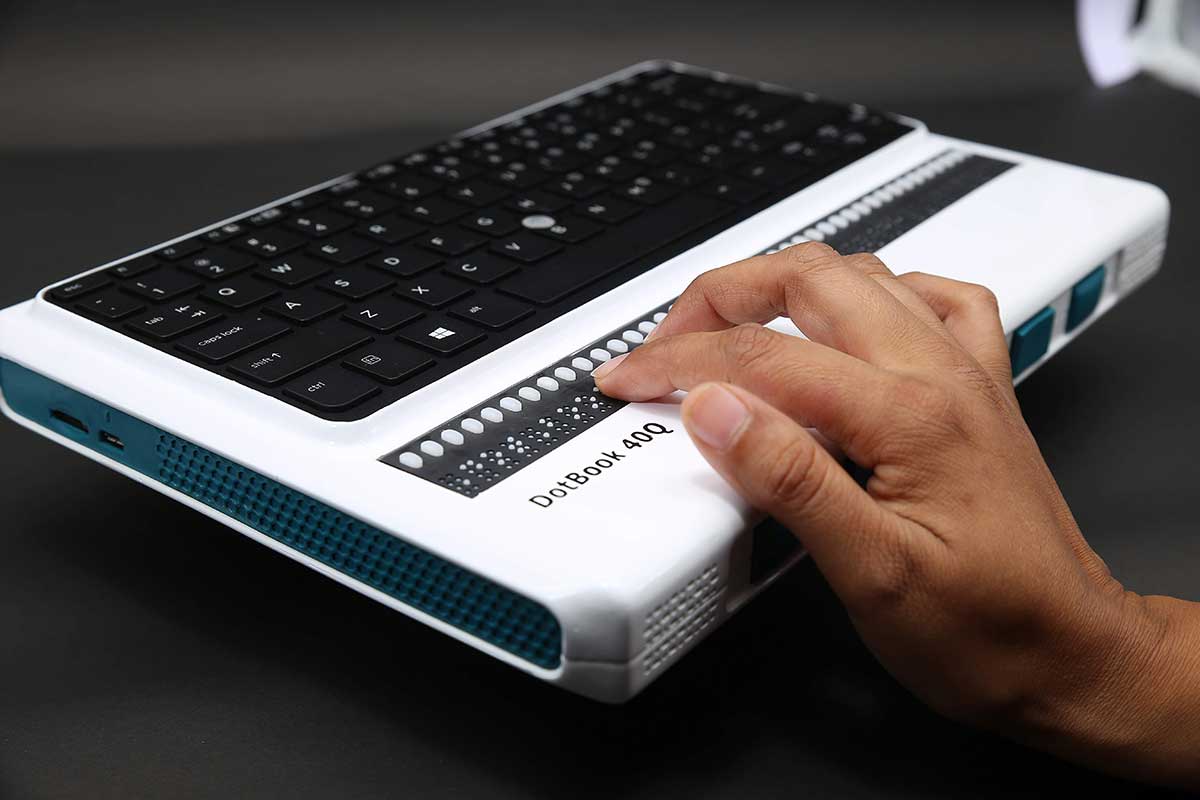 IIT-Delhi researchers developed the DotBook which is India’s first Braille laptop for the visually impaired. DotBook uses Braille instead of a screen like an ordinary laptop, which is a tactile writing and reading system used by the blind or visually impaired.

Google attaches great importance to assistive technology (AT), so much so that it designed the “TalkBack” Braille keyboard on Android, which allows visually impaired people to type on their phones without additional hardware.

The keyboard has a six-key layout, and each key represents one of six braille dots. It supports Braille Grade 1 & Grade 2 and is currently only available in English. You can turn on the “Talkback” Braille keyboard through the “Accessibility” section of the Android phone settings. The keyboard supports all devices running Android 5.0 or later.

Be My Eyes App

Be My Eyes is a free-to-use application that connects blind and visually impaired people with sighted volunteers through a remote video connection, which can help them complete various tasks. The application was created by the Danish manufacturer of furniture, Hans Jorgen Wiberg, who is visually impaired.

The application uses the camera of a mobile phone through which blind people can contact volunteers who can help them solve any problems related to vision.

Reading the printed text on the coffee packaging can be basic technical troubleshooting. Since the app’s made its debut in 2015, “Be My Eyes” has approximately 266,991 blind and low-vision people and more than 3 million volunteers in more than 150 countries around the world. The application can be downloaded from the Apple App Store and Google Play Store.

With This New Approach Of the RBI Committee, We May Soon Have Reliance Bank Of India & Adani National Bank!