The company introduced its second infrastructure area in India, AWS Asia Pacific (Hyderabad), in 2016, six years after launching its first cloud region in Mumbai. Customers will have access to AWS solutions for data analytics, machine learning, security and artificial intelligence through the Hyderabad region. It may be mentioned that AWS has contributed $3.71 billion to regional infrastructure and employment in India in the past.

The company has disclosed plans to invest $4.4 billion (about Rs 36,300 crore) in the Indian market by 2030 through its most recent infrastructure region.

Vice President (Infrastructure Services) at Amazon Data Services, Prasad Kalyanaraman, in a release, stated that AWS Asia Pacific (Hyderabad) Region’s debut supports India’s digital transformation and is part of their long-term investment in the country since launching their first office in 2011. He added that because there is more regional infrastructure available now, partners and customers in India can launch apps with more availability resilience and even lower latency. The company’s decision to invest in growing its data centers in the country is a move that will support the growth of India’s digital economy.

According to the release, there will be more options for developers, entrepreneurs, startups, enterprises and for the government, nonprofits, and educational institutions to run their applications and provide end-user services from data centres in India.

State Union Minister for Electronics and Information Technology and for Skill Development and Entrepreneurship, Rajeev Chandrashekhar, stated that the India cloud is intended for innovation and expansion as part of Prime Minister Narendra Modi’s $1 trillion digital economy goals and data centres are essential to the digital ecosystem.

The company’s decision to invest in growing its data centres in the country is a move that will support the growth of India’s digital economy.

The Minister further said that the National Cloud and Data Center Policy of the Government of India predicts a large rise in India’s cloud computing capacity to over 2565 MW from its current 565 MW in the near future. And that they look forward to more sustainable and greener data centres to support India’s developing economy.

The company has 96 ‘availability zones’ spread across 30 global countries, and 15 additional zones are expected to be launched in five regions: Australia, Israel, Canada, Thailand and New Zealand. And the hubs inside AWS’s numerous infrastructure regions are referred to as availability zones. Three zones as such, each with its own independent power, physical security and cooling, will make up the Asia Pacific (Hyderabad) Region in addition to the existing AWS Asia Pacific (Mumbai) Region, launched in June 2016. These zones will be connected by ultra-low latency networks. 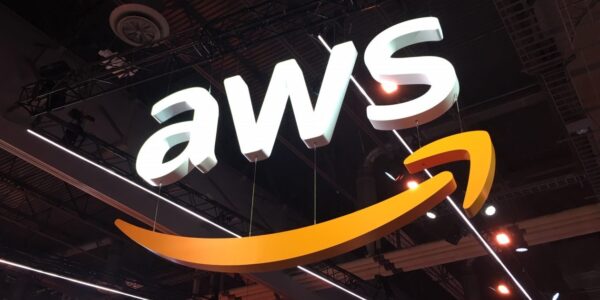 According to Amazon Web Services, it is training tech professionals to broaden their skill sets and cloud knowledge in order to invest in the workforce and future of the Indian technology community

According to Amazon Web Services, it is training tech professionals to broaden their skill sets and cloud knowledge in order to invest in the workforce and future of the Indian technology community. It claims to have trained more than 3 million people in cloud skills in India. The $4.4 billion investment from AWS is anticipated to cover capital expenses, data centre construction costs, operational costs for utilities and facilities, and the buying of goods and services from regional companies.

The $4.4 billion investment from Amazon Web Services is anticipated to cover capital expenses, data centre construction costs, operational costs for utilities and facilities, and the buying of goods and services from regional companies. And in order to support its expected employment on the AWS supply chain, the business has announced 48,000 full-time positions in a variety of industries, including engineering, telecommunications, construction, and facilities management.

Telangana’s minister for Information Technology, K T Rama Rao, said that they welcome AWS for investing in Hyderabad since it boosts Telangana’s standing as a progressive data centre hub in India. He added that they are aware of the potential of cloud computing and have worked with AWS to enhance municipal, healthcare, and e-governance operations.

It is noteworthy that one of AWS’s Indian clients is the Government of Telangana.

The current wait period for a US visa interview is close to 1,000 days.