From July 1, 2022, the government will prohibit the production, distribution, and use of specific single-use plastic products such as plates, cups, straws, trays, and polystyrene. Is the sector prepared to abide by the prohibition?

The administration is prepared to start enforcing the single-use plastic ban on July 1. On January 26, 2019, from the Lal Quila’s fortifications, Prime Minister Narendra Modi discussed India’s progress in this direction.

The government then announced on August 12, 2021, that as of July 1, 2022, all single-use plastic goods with low usefulness and high litter potential are prohibited from being manufactured, imported, stocked, distributed, sold, and used. PET bottles used to package water do not yet fit into this category. 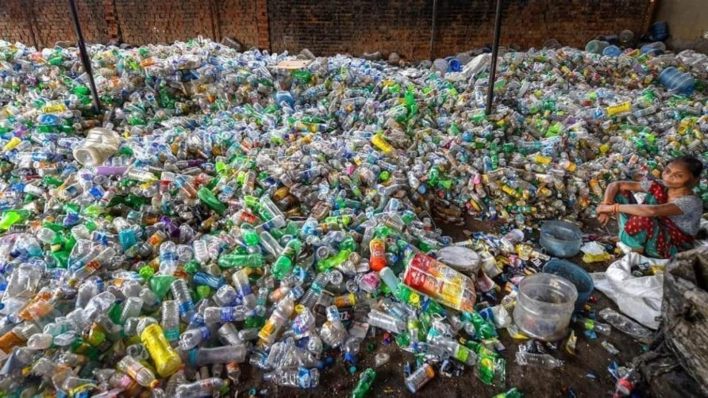 A three-pronged plan is being considered by the government to outlaw single-use plastic in India:

The best course of action, according to Sunita Narain, director general of the Centre for Science and Environment, is to make sure that plastic products are recycled or disposed of properly. We need a three-pronged approach for this, she continues.

“First, all plastic that is made and used should be gathered and disposed of.” Second, the used plastic garbage has to be recycled or burned; it shouldn’t end up in landfills or clog our waterways. 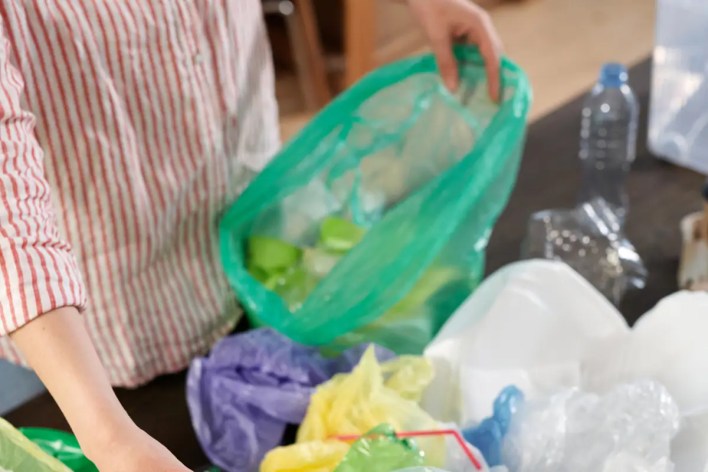 Thirdly, the recycling or disposal process needs to be done in a way that is not harmful to the environment or human health. However, it is most crucial to stop using plastic products that are hard to recycle or collect. Herein lays the purpose of the existing restriction, albeit curtailed.

Can the industry abide by the single-use plastic ban?

Even while the government authorities seem ready to enforce, is the sector ready to reform? Confederation of All India Traders (CAIT) has asked Union Environment Minister Bhupendra Yadav to extend the single-use plastic ban’s deadline to July 1, 2022, rather than the current six months. Additionally, he has called for the establishment of a joint committee made up of senior government officials and stakeholder groups with the task of coming up with fair substitutes for single-use plastic so that the country may discontinue its usage without any hindrance. 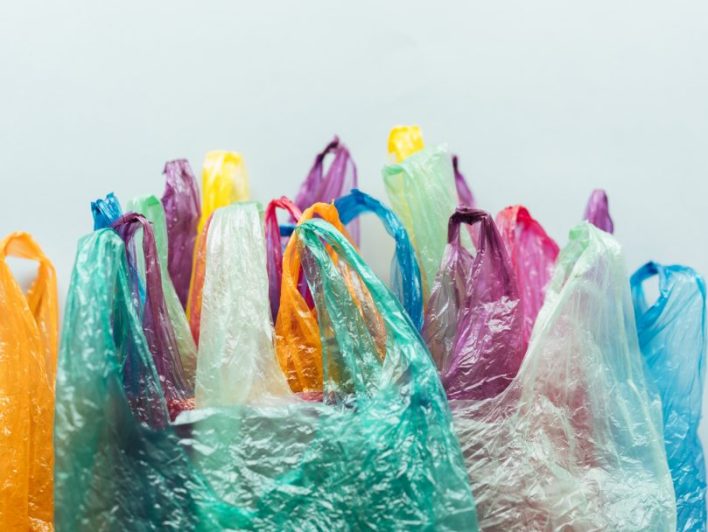 At a two-day national meeting of CAIT being held in Nagpur, Maharashtra, more than 100 trade representatives from all 50 states discussed this important subject, leading to the creation of the letter.

Environmental contamination poses a serious threat to human civilization, according to CAIT National President B C Bhartia and Secretary General Praveen Khandelwal, and immediate action must be taken to safeguard the environment. However, it is even more important to have equal alternatives available to shift consumption before any ban is imposed.

The Challenge of FMCG Multi-Layer Packaging

Environmental experts claim that multi-layered packaging is no longer on the list of goods that are forbidden (MLP). MLP is utilized in virtually all fast-moving consumer goods, including chips, shampoo, and gutka pouches, according CSE specialists.

According to the government, the extended producer responsibility (EPR) notification covers all packaging materials. According to this, businesses who produce or use this material must return it and submit it for reprocessing. Companies have set annual goals for how much has to be collected.

Despite the fact that this “sounds great on paper,” Narain claims that there are “serious flaws” with the way EPR was created or is now being used. For instance, the quantity of this plastic material or the amount of trash the company generates is not reported.

It is not only reliant on self-declaration, but there is also no evidence to evaluate its correctness that is in the public domain. This implies that the goal that each organization has established is useless.

And to make matters worse, according to Narain, “businesses are only obligated to recycle or reprocess the waste they gather by 2024 under EPR.” So, the question is: “Is the plastic garbage that is being collected being stored or being dumped?”

It shouldn’t be overlooked, according to CAIT, that over a longer length of time, single-use plastics have grown into a much larger business that employs thousands of people nationwide and generates more than Rs 60 thousand crores in revenue annually. The merchants that sell the products will still be held responsible since they are the first point of contact for consumers and the broader public, even though they are only acting as a link in the supply chain by making goods accessible to the public.

MNCs, corporate manufacturers, manufacturers, e-commerce companies, storage centres, industries, and other types of production units employ 98 percent single-use plastic in either their manufacturing line or the packaging of finished items, according to the CAIT statement to the environment minister.

The traders are required to sell the items in the packaging that they get from the producer or point of origin. There will always be a need for the use of single-use plastic at the consumer end until and unless these businesses and manufacturing units are forced to stop using it in the production process or in the packaging of completed items.

WHICH NATIONS HAVE BANNED SINGLE-USE PLASTIC?

While New Zealand outlawed plastic bags in July 2019, Bangladesh has prohibited thin plastic since 2002. Plastic bag use was outlawed in China in 2020, with a gradual introduction. On July 2, 2021, the European Union passed a directive outlawing single-use plastics.

Single-use plastic bag bans have been enacted by eight US states, starting with California in 2014. Environmentalists claim that these are only piecemeal attempts because the United States ranks as the world’s top provider of plastic garbage, according to a obsessionally required report published last year. Seattle became the first significant US city to outlaw plastic straws in 2018. 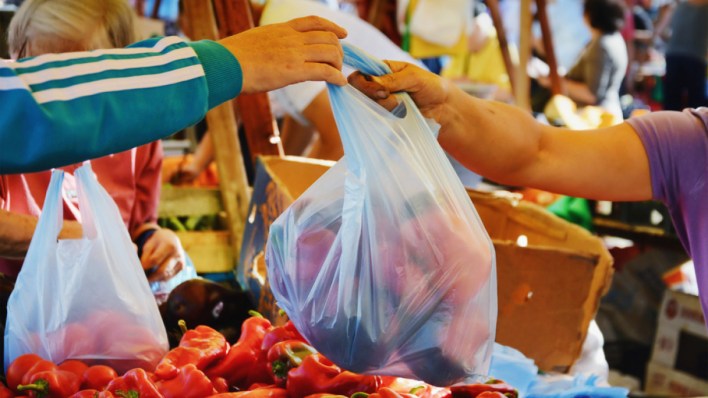 Bhupender Yadav, the Union Environment Minister, stated during a press conference that control rooms will be established to monitor and guarantee the execution of the ban at both the federal and state levels.

“Directions have been issued at the national, state, and municipal levels to reduce the supply of designated products. For instance, none of the major petrochemical companies provide plastic raw materials to the businesses producing the SUPs that are prohibited, the minister was informed. 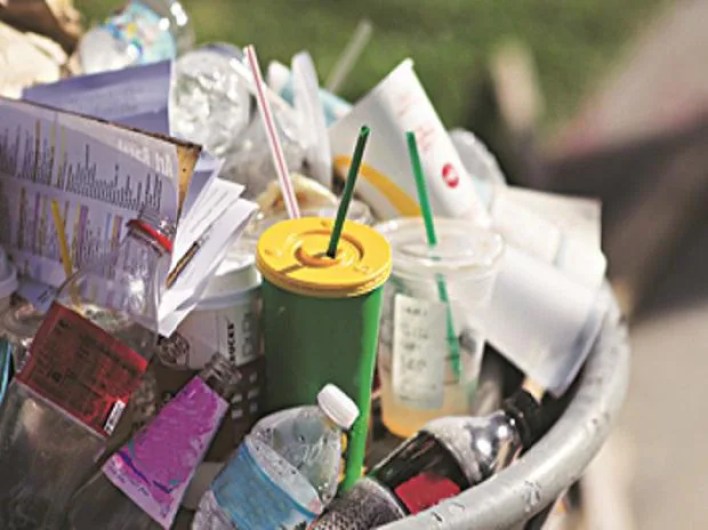 The Environment Protection Act of 1986 provides for punishments under which anyone convicted in violation of the prohibition may face up to five years in jail, a fine of up to Rs 1 lakh, or both.

The SPCB may also require violators to pay environmental damage compensation. Municipal rules against plastic garbage also exist, along with their own penal codes. A platform for SUP Compliance Monitoring has also been developed. However, according to ministry experts, widespread lobbying and awareness campaigns are also crucial.