The new tax system needs to be more appealing to individuals in Budget 2023. More people will choose the new optional tax system if certain deductions are permitted. Additionally, the exemption amount for long-term capital gains from equity should be doubled in Budget 2023.

From a personal tax perspective, people have a lot of hopes when the Union Budget is just around the corner. The main goal of all of these expectations is to reduce individual tax burdens. Here, we examine two factors that the finance minister might take into account as he presents the Union Budget for 2023.

When a taxpayer chose the new tax system, he was required to give up a number of specified exemptions and deductions, including the house rent allowance exemption, the deduction allowed by Section 80C of the main Income Tax Act of 1961 (the Act), and the deduction for interest on housing loans secured by self-occupied real estate.

There is widespread speculation that the main annual basic exemption limit, which is currently Rs 2.5 lakh under the new optional tax regime, may be increased to Rs 5 lakh in the upcoming Budget.

According to the applicable surcharge rate based on level of income, this results in tax savings ranging from between Rs 13,000 to Rs 17,810 per year for individuals with incomes over Rs 5 lakh (presuming all other factors remain constant). The impact on the number of people who would not be also required to file tax returns, the impact on the overall collection of direct taxes, and ultimately the impact on the fiscal deficit for the nation will need to be further examined in detail.

It may also be investigated whether deductions for current Mediclaim premium under Section 80D of the Act can be made under the new optional tax regime in order to make the new tax regime more alluring. This takes into account the requirement for comprehensive health insurance in the absence of a national system of accessible, affordable healthcare.

A person makes a significant long-term financial commitment when they buy a home to live in. Therefore, even under the new optional tax regime, it is preferable to maintain the deduction for interest on housing loans for such self-occupied property.

The nature of the capital asset, the holding period, the applicability of indexation in some circumstances, and the pertinent tax rates for each category are just a few of the factors that must be taken into account when calculating capital gains tax. Different asset categories have different holding periods as the basis for classifying long-term and short-term assets. 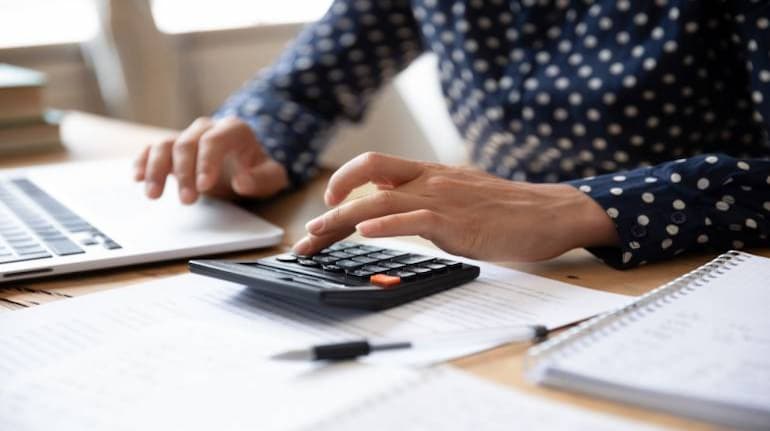 For debt instruments, the holding period is 36 months; for real estate, it is 24 months; and for listed equity shares and equity-oriented mutual funds, it is 12 months. Another aspect is the capital gains tax (base rate), where gains on the sale of listed equity shares and equity-oriented mutual funds are taxed at a long-term capital gains rate of 10% (on gains exceeding Rs 1 lakh) and 20% (on gains on other assets).

The capital gains tax system is expected to be simplified and made simpler to understand in light of the fact that it is a relatively complex system.

Over the past few years, the Indian equity markets have been quite volatile. Therefore, the likely impact on the markets may be taken into consideration when making any decisions regarding capital gains taxation on the main sale of listed equity shares and also units of an equity-oriented mutual fund.

The government might think about raising the exemption threshold for long-term capital gains (LTCG) on the sale of listed equity shares and also units of equity-oriented mutual funds, which is currently set at Rs 1 lakh per financial year, also to at least Rs 2 lakh given that such long-term gains were entirely exempt up to FY2017–18. This might motivate taxpayers to increase their capital market investments.

It is hoped that in order to maintain a stable regime, new taxes and levies like wealth and inheritance taxes won’t be implemented or reinstated. Any such changes should be carefully considered in light of a number of variables, including the tax-to-GDP ratio, the general economic climate, inflation, and the effect on the capital market.

Tax experts in the country are closely monitoring announcements that will affect the country’s economy as the government gets ready to release the budget 2023. There is also much speculation about what the budget will include because the ongoing COVID-19 pandemic is significantly affecting both businesses and individuals.

Experts are also hoping for tax code simplification and actions to boost compliance and lower tax evasion. The experts anticipate that the government will also develop plans to assist the pandemic-affected agricultural industry. The government is also anticipated to prioritise initiatives to boost infrastructure development, support the digital economy, and increase revenue. Experts are also hoping that the government will address the long-standing issue of tax disputes in India. They anticipate the government to propose policies that will streamline the procedure for resolving tax disputes and lower the backlog of open cases.

In light of the ongoing pandemic, it is anticipated that the budget will pay particular attention to the healthcare industry and funding allocation therefor. The government is also anticipated to reveal plans to strengthen and broaden the educational system.

Also anticipated in the budget are initiatives to support sustainable development and the environment. Incentives for using clean energy and promoting electric vehicles are anticipated from the government. A significant overhaul is planned to make the new tax system more appealing to taxpayers because it was introduced in the Budget of last year but hasn’t really taken off.

More slabs and lower rates were available under the new tax system. If a taxpayer chose it, he would have to give up almost 70 exemptions and deductions.

The majority of investments that a taxpayer makes to lower their tax liability do not exist under the new tax system. Some of the significant ones on that list are the HRA, home loan interest, and investments made in accordance with Sections 80C, 80D, and 80CCD.

According to experts, in order to make the new tax system more appealing to taxpayers, some deductions related to investments and social security should be permitted.

The basic exemption limit should also be increased to Rs 5 lakh, and some deductions up to Rs 2.5 lakh should be permitted, according to EY. It has advocated for the new tax system to include a standard deduction of Rs. 50,000.
Regarding the rearranging of slabs, there is also some agreement. While some believe that the peak rate should be reduced to 25%, others believe that the peak rate should only apply above Rs 20 lakh rather than the current Rs 15 lakh threshold. The housing industry is essential to the economy’s recovery and has led the way in recovery from the pandemic. Additionally, it has a significant potential for creating jobs.

Due to rising inflation and property prices, the real estate sector has requested that the current Rs 2 lakh in interest benefits for taxpayers be increased.

Ashneer Grover is all set to launch his new startup in the B2C space with the plan of collecting talented staff, already 7 employees are hired.