RBI Headline Although core inflation is still rising even though retail inflation has reached a comfortable level, this indicates that high prices have permeated the entire economy. Additionally, core inflation usually takes longer to stabilise.

Retail inflation for November was less than 6%, which is the upper bound of the extended comfort zone of the RBI. Retail inflation for November was 5.88%, according to data released by the current National Statistical Office (NSO), which is part of the Ministry of Statistics and also Programme Implementation (MoSPI), on Monday (12 December). Over the past two months, the inflation rate has significantly decreased from 7.41% in month September to 6.77% in October to currently under 6%.

Why does this matter?

It indicates that when compared to November of last year, the overall price level increased by 5.88%. (2021). Retail inflation is frequently referred to as CPI-based inflation because it is calculated using the Consumer Price Index (CPI). In essence, it plots the retail consumer price level against wholesale inflation, which is determined by the Wholesale Price Index (WPI).

What makes this important?

The retail inflation rate fell below the 6% threshold for the first time in November since the beginning of the 2022 calendar year. The 6% threshold is significant because it represents the upper limit of the RBI’s comfort zone. The RBI, India’s central bank, is mandated by law to keep inflation at 4%. However, the law allows for a two-percentage-point margin of error around 4% in any given month. Accordingly, retail inflation may range from 2% to 6%.

Retail inflation, however, has risen above 6% through 2022. As a result, RBI has been forced to defend its failure to control retail inflation in front of the government and Parliament. 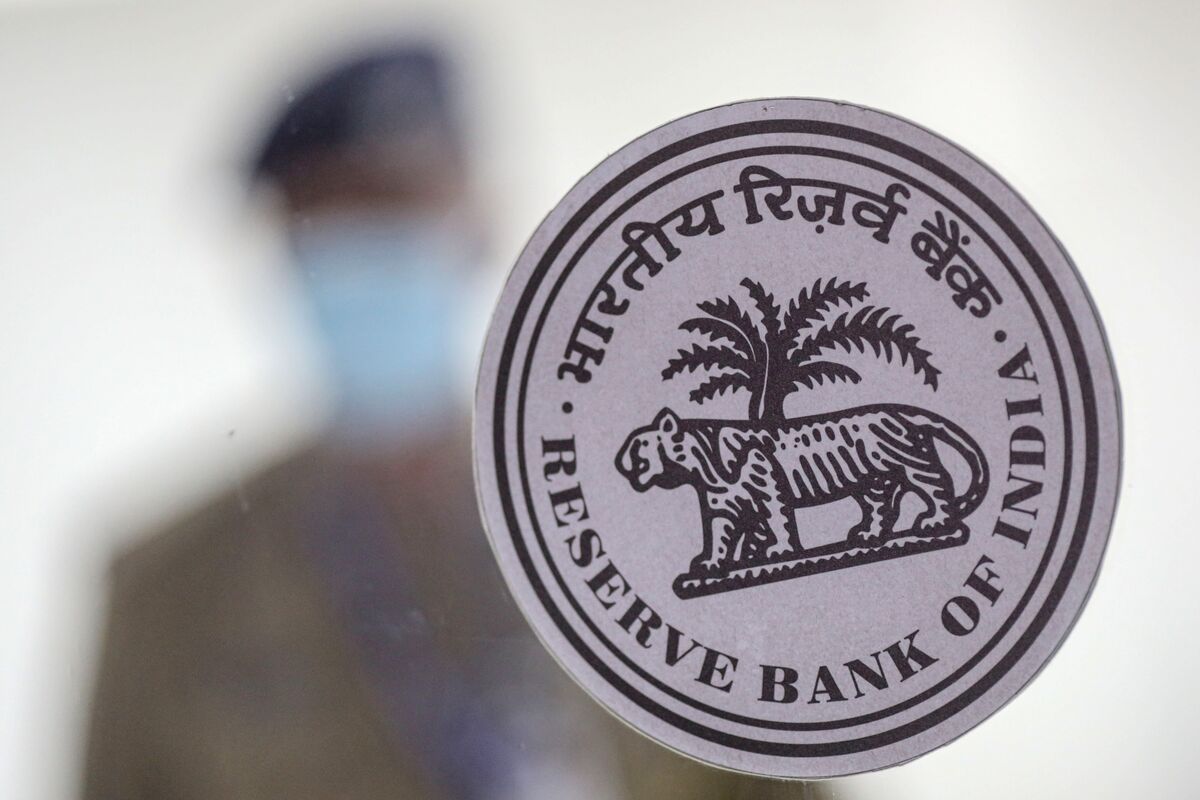 What was a factor in the sudden decline in inflation rate?

The data indicate that food inflation slowed down significantly in November. For instance, in September, the inflation rate for consumer food prices increased by 8.6%. Since then, it has slowed down, reaching just 4.67% in November after falling to 7% in October.

What was the inflation rate distribution across India’s regions?

Does this indicate that the era of high inflation is over?

7.8% was an eight-year high for retail inflation in April. Even though it has since dropped, it has still remained uncomfortable high.

In a recent research note, Suvodeep Rakshit, Senior Economist at Kotak Institutional Equities, stated, “We continue to see CPI inflation around 6% until February 2023 before even dipping sharply to 5% in March and also to around 4.5% in 1QFY24 (i.e. the first quarter of 2023-24 financial year, or the month April to June quarter of 2024).

Therefore, it is likely that inflation will continue to be high for a few more months.

What does this mean for RBI’s ability to raise interest rates?

In an effort to main slow the rate of rapidly rising inflation, the RBI has increased interest rates by mainly 225 basis points since May. Higher interest rates are starting to slow down economic activity and reduce overall demand to some extent. However, the moderation in headline inflation is the result of a slowdown in food inflation.

Under normal circumstances, the RBI would have been able to win thanks to headline inflation of 5.88%. The RBI, however, expressed concern about high core inflation in the recently concluded monetary policy, which was announced on December 7. Core inflation is the rate of inflation excluding the costs of food and fuel.

High core inflation, which has remained at or near the 6% level for almost the entire year, indicates that high prices have permeated the entire economy. In other words, everything is more expensive now, not just the rapidly fluctuating cost of food and fuel. This includes everything from clothing to homes. Additionally, core inflation increased in November. High core inflation has the drawback of taking a very long time to decline. Therefore, it is very likely that RBI will keep up its hawkish stance for a while longer.

The policy repo rate was increased by 35 basis points to 6.25% on Wednesday by the Reserve Bank of India’s (RBI) Monetary Policy Committee (MPC), the highest level since August 2018. That was in line with expectations, but the decision to maintain the hawkish stance of “withdrawal of accommodation” caught the markets off guard.

The majority of experts are hoping that the MPC will set the stage for an eventual halt in rate increases following a symbolic increase in this policy. By stating that “further calibrated monetary policy action is also warranted to keep inflation expectations anchored, break main core inflation persistence, and also contain second round effects,” the MPC, on the other hand, hinted at further tightening. The policy meeting’s overall stance was supplemented by the mention of sticky core inflation.

A metaphor for keeping a close eye on inflation was even used by Governor Shaktikanta Das when he said, “We will keep ‘Arjuna’s eye’ on the main evolving inflation dynamics and also be ready to act as may be also necessary.”

While GDP growth is still robust and inflation is predicted to moderate, the RBI stated that “the battle against inflation is not over.”

Bankers agreed almost unanimously that there will be at least one or more rate increase in the February policy, bringing the repo rate to 6.5%.

The HDFC Bank’s chief economist, Abheek Barua, noted that the policy tone was noticeably more hawkish than anticipated. A central bank may be ready to continue its fight against inflation and may be willing to raise rates further if it combines its upbeat outlook on growth with ongoing concerns about inflation, particularly the persistence of core inflation. According to Barua, the terminal rate will be between 6.5 and 6.75%.

Jayant Verma abstained from the rate-hike vote, which the MPC approved 5:1.

The RBI has reduced its projection for GDP growth in FY23 from 7% to 6.8% while keeping its forecast for inflation at 6.7%. Although the RBI thinks that the worst of the inflation is behind us, it still projects CPI inflation to be much higher than the required 4% in Q1 and Q2 of this year. 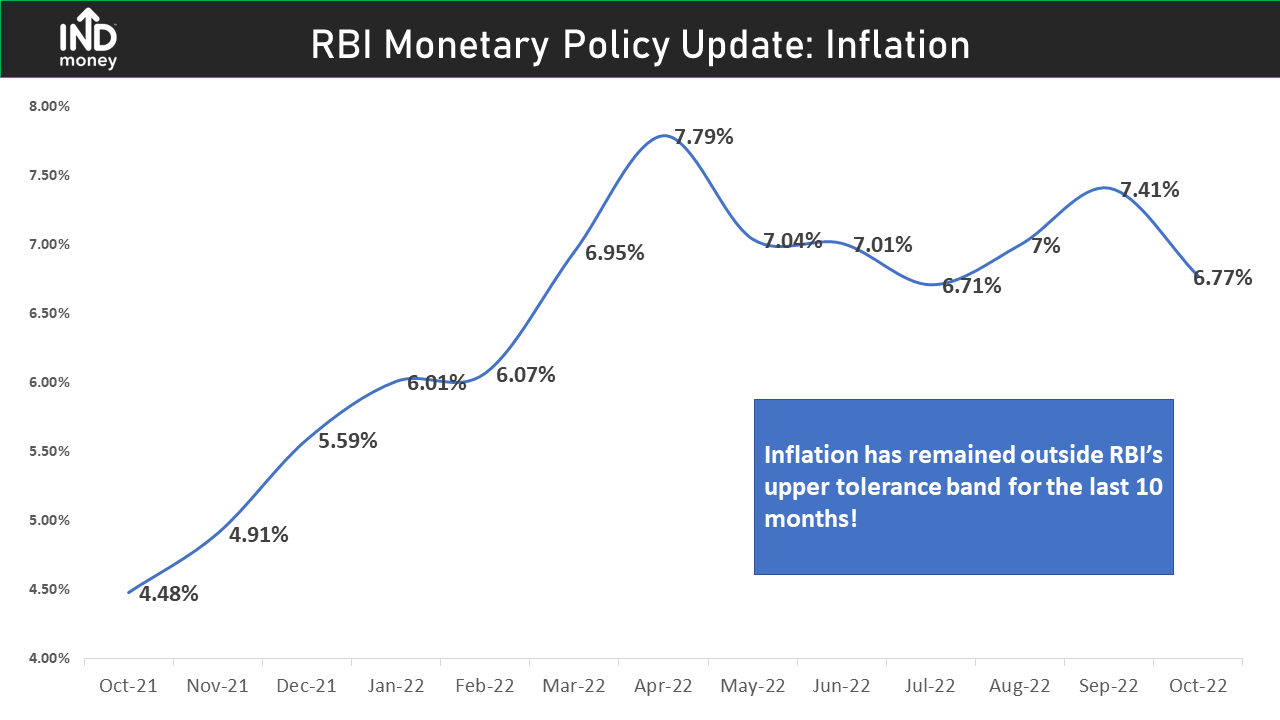 “A marginal downward revision in growth estimates reveals that the only certainty in the main current environment is uncertainty,” said Dinesh Khara, chairman of the State Bank of India. According to RBI surveys, there has been a noticeable increase in consumer and business confidence, which is encouraging for the prospects for future growth. According to Khara, the bank will adjust its increase in the deposit rate as needed.

During the day, the Sensex traded mostly within its range.

The RBI has provided a “Main Hu Na” (we are there) policy, according to Nilesh Shah, managing director of Kotak Mutual Fund, which will reassure markets. He continued, “A data-driven RBI will continue to play balls on merit and keep the growth scoreboard moving with inflation under control.”

On Wednesday, the RBI also made a number of other decisions. These included extending the deadline for categorising new bank bond investments as HTM (held-to-maturity) until March 2024. Khara claims that this will have a controlled effect on domestic yields.

Additionally, the requirement for UPI payments has been strengthened, making it simpler for users to have money for investments like stock purchases, online shopping, hotel reservations, and other types of spending. The number of transactions is anticipated to significantly increase thanks to the RBI’s “single block and multiple debit” facility. 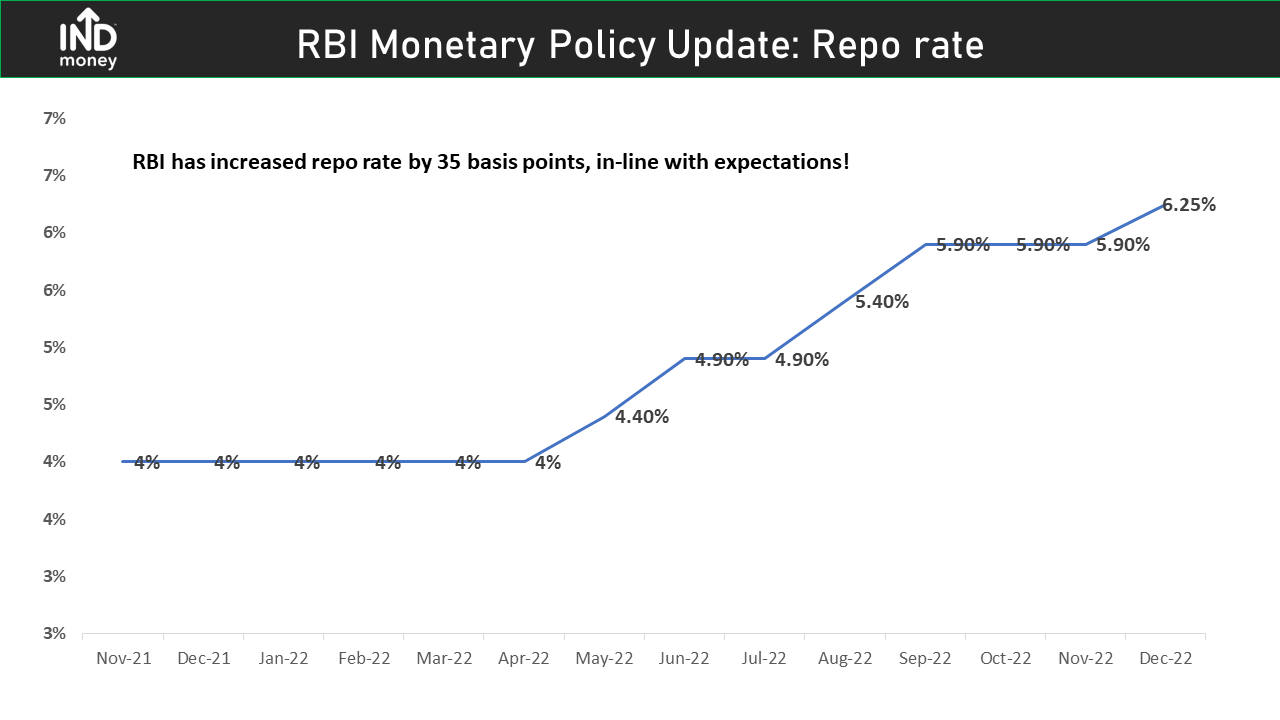 Additionally, it might raise the typical transaction ticket size. The BBPS (Bharat Bill Payment System) has also had its scope broadened to now cover all forms of payments and collections, both recurring and non-recurring. Education fees, taxes, rent collections, and other payments and collections are not currently supported by BBPS. After the new RBI regulations take effect, this area will change significantly.

The RBI has also permitted resident entities to hedge the price risk of their gold exposures on recognised exchanges in the IFSC in order to give gold importers and exporters, such as jewellers and industries that use gold as an intermediate or raw material, greater flexibility (International Financial Services Centre).

It has decided to reinstate market hours, from 9.00 am to 5.00 pm, for call/notice/term money, commercial paper, certificates of deposit, and repo in corporate bond segments of the money market as well as for rupee interest rate derivatives, as a step toward returning to normal liquidity operations.

DCW issues notices for sudden deaths in the country