Delhi: According to back-series statistics, India’s gross domestic product (GDP) increased to 8.7% in the fiscal year 2021-22, the highest level in 22 years. The recovery comes after the economy contracted by 6.6 percent in 2020-21 due to the pandemic and the subsequent lockdown implemented to prevent the spread of the fatal coronavirus. “Real GDP at steady (2011-12) prices in the year 2021-22 is anticipated to reach a level of Rs 147.36 lakh crore, against the initial expected amount of Rs 135.58 lakh crore for the year 2020-21,” according to the government. Separate figures from the Controller General of Accounts predicted the budget deficit for 2021-22 to be 6.71 percent of GDP, lower than the finance ministry’s revised budget expectations of 6.9 percent.

“India‘s domestic macros have been adaptable to risks associated with globalization developments so far in FY23; however, stockpile obstacles and wage growth spikes, which could lessen consumption and investment opportunities in the economy, pose a near-term risk to Economic growth,” said Vivek Rathi, Board member – Research, Knight Frank India.

Furthermore, according to government data, the budget deficit for 2021-22 was 6.71 percent of GDP, lower than the 6.9 percent forecast by the Ministry Of finance in the updated Budget Estimates. At the end of 2021-22, the revenue shortfall was 4.37 percent.

According to data issued today by the Ministry of Commerce and Industry, India’s composite index of Eight Core Industries expanded by 8.4% in April compared to the same month last year, powered by steel, cement, and natural gas. According to the data, coal, power, refined petroleum products, fertilizers, concrete, and natural gas production grew in April 2022 compared to April last year.

Meanwhile, India’s standard 10-year bond yield hit a three-week high in premarket trading as global oil prices increased, stoking concerns that the central bank will need to tighten the money supply aggressively to keep inflation under control. By 0606 GMT, the average bond yield had risen to 7.46 percent, its highest level since May 9.

A jump because of the increase, which hit an eight-year peak of 7.8% in April, has cast doubt on the economy’s near-term prospects. The price of oil prices has risen sharply in the aftermath of the Ukraine crisis, putting a damper on economic activity.

Notably, following the RBI‘s off-cycle Monetary Policy Committee (MPC) meeting last week, Governor Shaktikanta Das stated that the negative effects of the incredibly high global food prices resulting from the continuing geopolitical situation are reflected in the home economy as well and that inflationary pressures are likely to persist in the future.

The MPC hiked the primary policy rate (repo) by 40 basis points to combat increasing inflation. After August 2018, it was the first rate increase.

When a spike in Omicron infections in January reintroduced some of the virus’s restrictions, Asia’s third-largest industry had just begun to recatch from the pandemic’s effects. In February, the conflict in Ukraine contributed to the country’s troubles, driving increasing commodity prices and further limiting supplies.

Agriculture increased by 4.1 percent in the third quarter, while manufacturing decreased by 0.2 percent. The fourth quarter’s gross value added (GVA) was 3.9 percent, whereas it was 8.1 percent for the entire financial year.

Inflationary pressures are lowering consumer confidence and growth prospects. Consumer price inflation touched an eight-year peak of 7.8% in April and is expected to average 6.52 percent this fiscal year, increasing the original survey’s prediction by 6%. Sujan Hajra, who is the Chief Economist and Executive Director at Anand Rathi, observed that while growth was somewhat below projections, several positive indicators were.

“The biggest plus in FY22 is the increase in CAPEX. Even private consumption appears to be improving. However, due to a significant trade imbalance and a slow increase in government spending, GDP growth in FY22 might be in the double digits and near 8% in Q4 FY22. Despite persistent geopolitical uncertainty, supply disruptions, high commodities prices, inflation, and monetary tightening, we estimate India to be the world’s fastest-growing major economy in FY23, with a 7.5 percent growth,” said Sujan Hajra.

Mining and manufacturing both suffered setbacks, with mining being blamed on the end-of-year heat, which resulted in power outages in some areas. 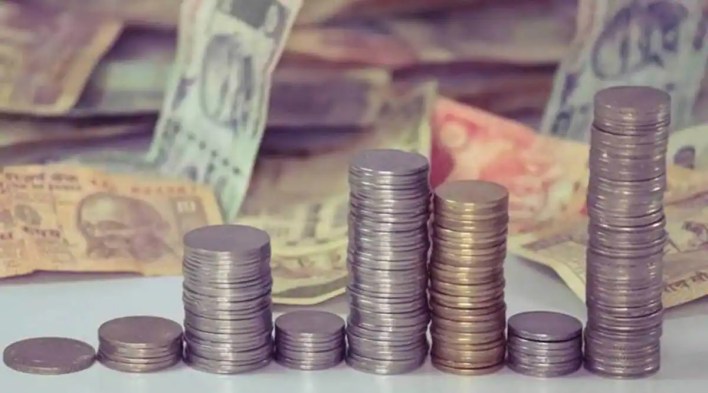 As a result, the mining industry has dropped by over 1% to 11.5 percent. The rate of growth in manufacturing has slowed to 9.9%. (10.5 percent as per second estimate). According to the IIP figures, this can be connected to pessimistic consumer products sectors.

The government’s focus on CAPEX towards the end of the year and the real estate industry, which was doing well with the market picking up, may be to blame for the higher-than-expected growth in construction.

The trade/hospitality area was a surprise, with lower-than-expected growth as pent-up desire did not reasonably lead to higher growth. There was some retribution spending in this area, which should have ideally resulted in a greater growth rate.