The world’s largest vaccine manufacturer, Serum Institute of India, is increasing the production of AstraZeneca’s coronavirus injections. Its goal is to have 100 million doses of COVID-19 vaccine by December and is expected to start vaccination throughout India in the same month.

Adar Poonawalla, the Pune-based company CEO said if the final phase of the test data shows that AstraZeneca’s drug candidates are effective against this virus, then the Serum Institute of India, which is partnered to produce at least 100 crores doses of the vaccine, may receive emergency authorization from the government by December. He also stated that the initial amount will flow to India. 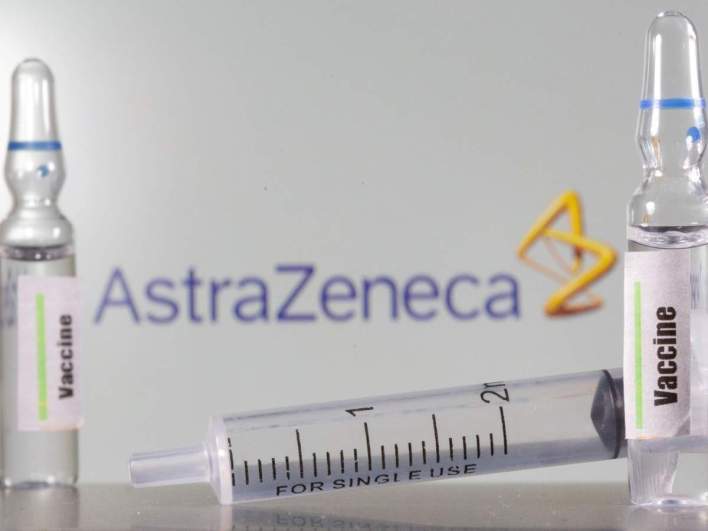 SII (Serum Institute of India) has manufactured over 34 million doses of the vaccine under the risky manufacturing and stockpiling license issued by the Drugs Controller General of India. The institute also plans to start producing Novavax’s contender soon.

We were a bit concerned as it was a big risk, Adar Poonawalla said, adding that both Novavax and AstraZeneca’s shots are looking great.

India is a major supplier of vaccines worldwide, and its production capacity may be useful for a potential Covid-19 vaccine in the world.

This haste highlights Poonawalla’s confidence in one of the major vaccine front-runners. Pascal Soriot, CEO of AstraZeneca, stated that he is preparing for mass vaccination as early as December. Once the UK issues its emergency permit, Serum will submit the same data to Indian counterparts.

The data that pharmaceutical manufacturers have just obtained will show the effectiveness of their vaccine candidates, but there are still many obstacles as the global race to find effective pathogen prevention enters the final stage. Astra and co-developers at Oxford University still need to check the test results. Even if their vaccines prove effective and are approved by regulatory agencies, there are still skeptical about how to distribute vaccines easily and quickly.

Poonawalla reiterated that due to affordability and producing hurdles, the entire world will take 3-4 yrs to be vaccinated and two years to see truly reduction in infections.

After meeting with the government, Adar Poonawalla said he is confident in their plan to obtain initial vaccines for vulnerable and frontline workers. The challenge will be to make it reach India’s 1.3 billion people, especially in the vast countryside, where the past inoculation drives have struggled due to patchy health networks.

Here is a status check of the coronavirus vaccine frontrunners: 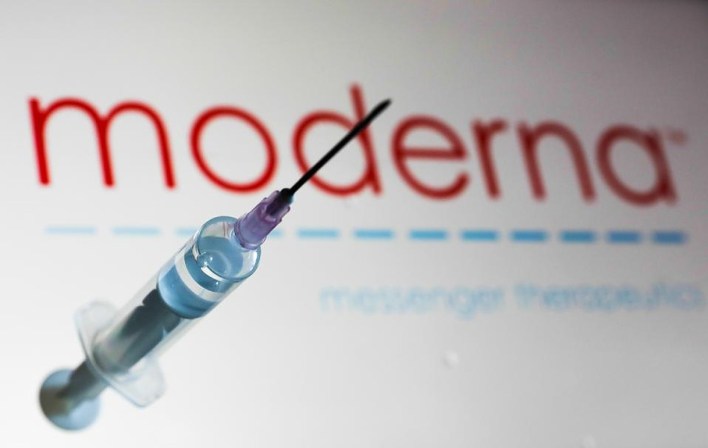 The US drugmaker Moderna Inc recently stated that it is preparing to submit preliminary data of its phase III mRNA-1273 vaccine trial to the supervisory committee, raising hopes to announce the preliminary results as soon as possible.

Bloomberg reported that the first interim analysis may include more than 53 cases, which is the target trigger point of the analysis. The Pfizer vaccine analysis evaluated 94 coronavirus infections among the 43,538 participants in the trial.

Pfizer’s results validate the mRNA platform. Moderna is an mRNA candidate, and we hope that there will be similar results, Bloomberg quoted Fauci as saying.

Although Moderna’s final phase of trials began on the same day as Pfizer’s in late July, the company’s schedule is slightly behind. This is because the interval between the two doses of the Moderna vaccine is four weeks, not the three-week interval of Pfizer’s vaccine.

Moderna announced that if the interim evaluation shows that the vaccine is at least 70% effective, it will seek an emergency-use license for candidate vaccines in high-risk groups. The company hopes to produce 20 million doses of experimental vaccine by the end of this year.

See also  Indian government open to experimenting with Cryptocurrency: FM Sitharaman; but at the same time, the govt is set to introduce a Bill in the Parliament to ban companies and individuals from trading in Cryptocurrencies? 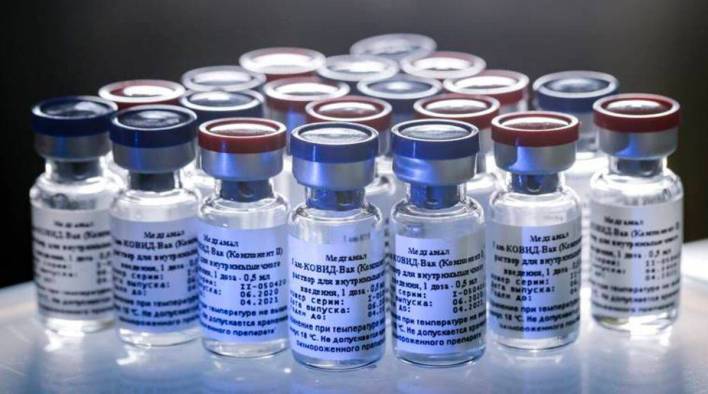 Russian coronavirus vaccine Sputnik-V developed by the Gamaleya National Research Institute of Epidemiology and Microbiology has arrived in India and will start trials soon. In India, Dr. Reddy will test vaccine candidates on approximately 1,500 participants in Phase 2/3 clinical trials across at least 10 locations.

The development comes a few days after the Russian authorities claimed that the Sputnik V vaccine was 92% effective in preventing Covid-19 infection. A spokesperson for the RDIF (Russian Direct Investment Fund) said that the results of the survey came from an evaluation of approximately 16,000 participants. 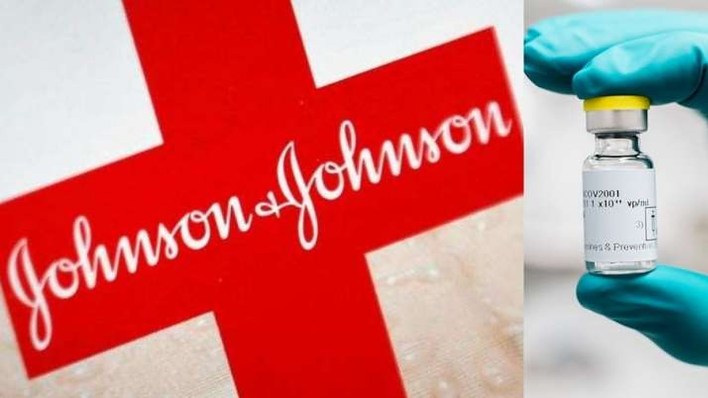 Johnson & Johnson has lagged behind the development of the coronavirus vaccine after it had to stop testing in October on safety issues. It will spend approximately $604 million to expand its deal with the US government to develop its single JNJ-78436735 vaccine.

In addition to this, the Biomedical Advanced Research and Development Authority will add approximately US$454 million to the third phase of the trial.

Johnson & Johnson is currently testing the vaccine in adults in a phase III study with 60,000 volunteers, which uses a modified adenovirus, such as Oxford shots. The company said that the first batch of its candidates may be available as early as January. 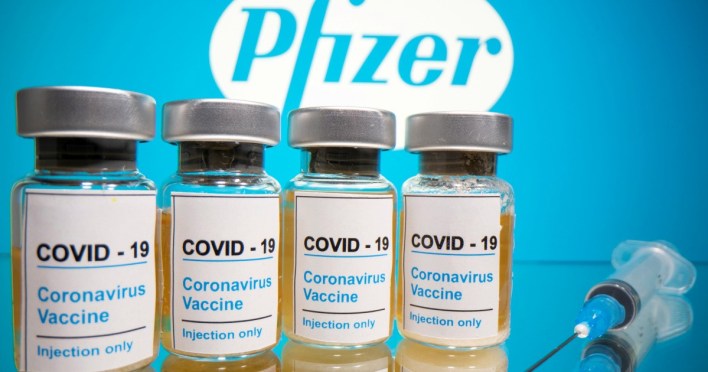 Pfizer may have played a leading role in the coronavirus vaccine competition and became the first company to release preliminary data of its late-stage clinical trials, but volunteers compared the side effects of the vaccine with severe hangovers and said it left them with fever, muscle aches, and headache, according to the report.

A volunteer said that she experienced a headache, body pain, and fever after taking the first dose of the drug, and it became more severe only after the second injection.

A 44-year-old volunteer said that the shot made him feel a severe hangover. However, he said the symptoms disappeared quickly.

Nevertheless, it must be pointed out that the vaccine trials were double-blind, which means that the participants in the trials did not know whether they had vaccinated or not.

Pfizer is expected to seek US authorities’ approval for emergency use in December so that the vaccine can be used urgently for people aged 16 to 85. To apply for the EUA, the company will need two months of safety data from about half of the nearly 44,000 participants in the study, which is expected to be released later this month.

Adar Poonawalla said that AstraZeneca has a clear advantage over Pfizer and BioNTech SE’s competitors, and this week grabbed headlines after the company said its candidate vaccine is more than 89% effective in preventing coronavirus infection.

Expensive cold chain infrastructure is required to transport and store that vaccines at -70 degrees Celsius. Poonawalla said that it is “completely impossible” for most countries in the world to use on a large scale, compared to those his company will produce vaccines that can be stored at refrigerator temperatures. 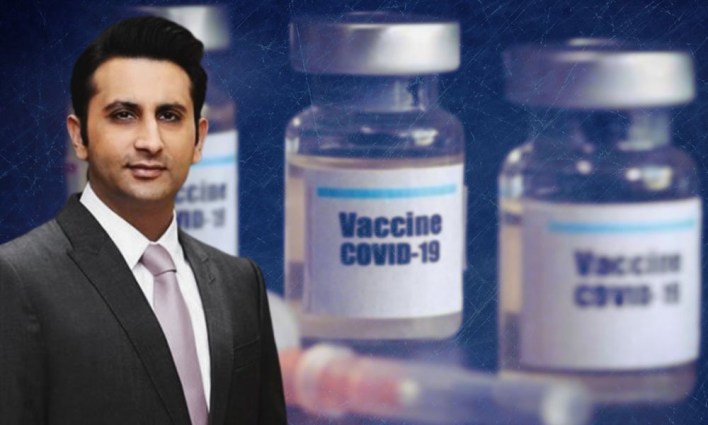 Speaking of the Pfizer shot, he said: I don’t even think it’s acceptable in 90% of countries because you don’t have a deep freezer everywhere. In a pandemic, always remember that simplicity is the key.

For India, which has been struggling to contain the world’s 2nd-largest coronavirus outbreak, negotiations with the SII on vaccine pricing will be crucial to the country’s efforts to emerge from the COVID-19 pandemic.

In addition to this, Covishield has developed at the SII Pune laboratory, and its main seeds are from Oxford University/Astra Zeneca. The UK-made vaccine is currently being tested in large-scale efficacy trials in the UK, South Africa, Brazil, and the US. As the results of the trials so far are promising, Covishield is likely to become a realistic solution to the pandemic.