Markets snapped its 3-day losing streak as investors resumed buying after the RBI in its monetary policy announcement said it would continue with its accommodative stance and stated inflation would cool going ahead. Also aiding the sentiment was an upsurge in other global indices which boosted investors’ confidence, although concerns over rising US bond yields, likely rate hikes and sanctions on Russia continue to weigh on the markets. Mr Sarki in the post had raised the issue of sacking of old staff and non-payment of salaries.

See also  Deadline for TCS ends tomorrow: Will Amazon, Flipkart, others get another extension?

The RBI Governor said the introduction of Standing Deposit Facility would provide symmetry to operating framework of monetary policy.

Stating that the economic activity is barely above pre-pandemic levels but continues to steadily recover, RBI Governor Shaktikanta Das said the Central bank would engage in a gradual withdrawal of liquidity over a multi-year timeframe beginning this year.

Tesla boss and Dogecoin fan Elon Musk warned that this launch event could turn out “the biggest party on earth.” It was called “Cyber Rodeo” since a bunch of neon-lit displays were lit and autonomous drones were used to make a light show in the sky. It was made to celebrate the opening of the most recent Gigafactory of Tesla in Texas.

During the event, numerous guests (Tesla had applied to the authorities for permission to host 15,000 guests) saw a mascot of the original meme cryptocurrency Dogecoin made up by drones.

Unacademy has laid off around 600 employees, including its on-roll staff and contractual educators in the past few weeks.

The report added that approximately 600 people were asked to leave last week as the SoftBank-backed edtech giant looks to cut costs amid an impending slowdown in venture funding and tightening of the overall economic environment.

The company told YourStory that less than 600 employees and contractual workers and Educators have been laid off, which forms only 10 percent of the total workforce at Unacademy.

Cash-strapped Sri Lanka’s central bank hiked interest rates by a record 700 basis points Friday, in a bid to arrest the freefall of the currency in the country’s dire economic crisis, reports news agency AFP. The Central Bank of Sri Lanka said it raised lending rates by seven percentage points to 14.5 percent and deposits to 13.5 percent to “stabilise the exchange rate” as the rupee depreciated by over 35 percent in a month. 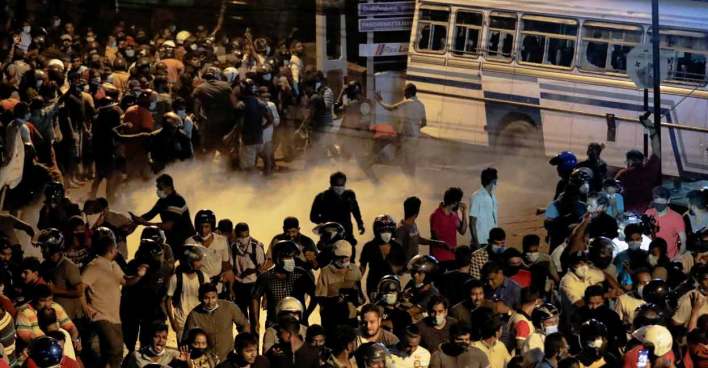 When life gives you lemons, make lemonade - Not applicable in India, lemons are 350 INR per kg.