The whole world, including India, is fighting a war against Corona. There is a 21-day lockdown in India to prevent the spread of Covid-19, killing around 70,000 people worldwide and making more than 1.2 million people ill. Coronavirus has affected every part of the economy, country, and people. Many countries are at a standstill with no functional economic operations going to.

The 21- days of lockdown in India will have a profound impact on the economy as almost all businesses are shut down. This move is expected to reduce jobs in the country by 52 percent. Many companies have also started to filter and fire employees because of coronavirus.

According to an online survey conducted by CII CEO Snap Poll, the decline in demand has resulted in the loss of most companies. According to the survey, most companies’ earnings are expected to decline by more than 10% during the current quarter (April-June) and the previous quarter (January-March).

According to CII, the sharp decline in profits of domestic companies will also affect the country’s economic growth rate. At the level of employment, jobs in these related sectors can be reduced by up to 52 per cent. According to the survey, 47% of companies are expected to lose less than 15% of jobs after the lockdown ends. Whereas in 32 per cent of companies, the rate of leaving jobs will be 15 to 30 per cent. 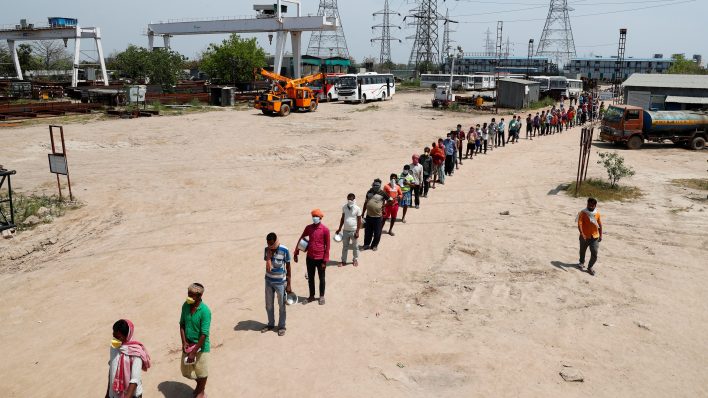 Coronavirus and the world :

Corona virus has killed about 70 thousand people worldwide. According to the latest data, so far 69,419 people have died due to the virus worldwide. The highest number of deaths is registered in Italy(15887) followed by Spain (12641). Coronavirus has created havoc in the world bringing all economies to a halt. Originated in Wuhan, China , the destruction caused by the virus knows no bounds. The United States stands with the highest reported cases of 3,67,758 followed by Spain (1,36,675) and Italy at 1,32,547 reported cases. 6 hours after Trump's threat to take action on India, India said - will give essential medicines to some countries, but will first see our needs