The process of migration has started. Millions of workers are stranded in other states and cities and cannot go to their home town due to lockdown.

Millions of labourers belong to Bihar and spread all over the country. But these trapped people are coming at their own expense. They are charged the fare of the train ticket.

According to reports coming in the local media, the workers in the workers’ special train that are being run for the stranded labourers, which has returned from Kerala with the laborers were charged Rs.901 for their tickets. Two trains from Kerala reached Danapur station on Monday, which had 2,310 migrant laborers. Three trains reached Bihar on Monday with 3,275 stranded students from Kota in Rajasthan, two of them reached Barauni Junction and one at Gaya Junction.

What the Bihar government is doing

However, the Bihar government has announced that all migrants returning from outside will be given at least one thousand rupees, including fare. However, this amount will be given after the 21-day quarantine period has passed. A new order has been issued from the government, according to which those returning from outside will also be kept in the home quarantine. To avail the money, they first have to fill an affidavit and follow the government’s lockdown rules.

Leader of the Opposition Tejashwi Yadav said, “The ruling party is constantly changing its stand. Earlier they said that the decision to bring stranded labourers is not right, now they are saying we have only suggested it and we agree with the Centre. First they said that labourers will not be charged fare but now they are telling them to be in quarantine and sign an affidavit”.

Tejaswi also said, “The government is unable to create a separate quarantine center for everyone from outside. So now the option of home quarantine has also been put in place. My question is whether just filling the affidavit guarantees someone’s quarantine? Is this how it is done? And when the 21 days are complete, then who will give the money? The government is under suspicion”

Arrangement is inadequate due to millions coming

According to the Bihar government’s IPRD update released on May 4, 17 lakh people stranded so far have sought relief and help. Obviously, the trains have started running, so now these trapped people will come back. After the initial screening of all the returning migrants at the railway station, they are being sent to their home district by buses.

According to information received from the Disaster Management Department of Bihar, nine trains carrying migrants have arrived Bihar on Tuesday at different stations. The department’s principal secretary Pratyaya Amrit said, “It is expected that from today trains from Haryana and Punjab will also start coming to Bihar. The Bihar government is in constant touch with both states.”

Regarding keeping the people from outside in the quarantine, the Principal Secretary says, “There are currently 2450 quarantine centers operating at the block level, where 8968 people were staying till Monday evening. Clothes, three-time meal and milk packets are being given to them. The work of building a quarantine center at the panchayat and village level is going on fast, soon the nearby schools of the village will be made quarantine centres. “ 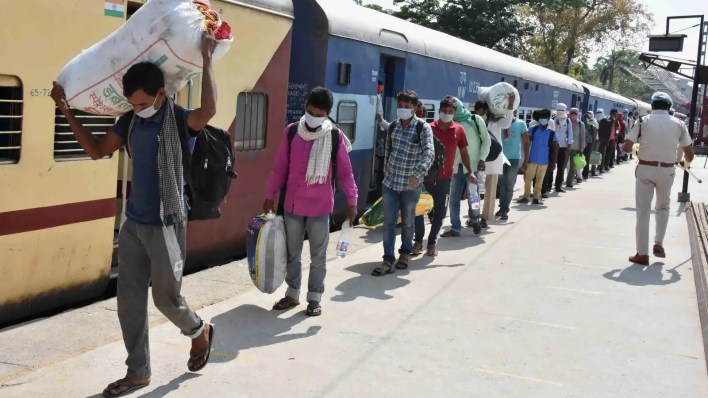 All party meeting on Tuesday

The Bihar government is going to have an all-party meeting on Tuesday through video conferencing regarding the corona virus. This meeting will start after noon, in which the Chief Minister will discuss the current situation of the state with the leaders of the government and the opposition.

Several other leaders, including the leader of the Legislative Assembly, Tejashwi Yadav, Abdul bari Siddiqui, Dr. Prem Kumar and Sadanand Singh will be present in the meeting. On behalf of the government, along with Assembly Speaker Vijay Chaudhary, Deputy CM Sushil Kumar Modi, Health Minister Mangal Pandey will also be present.

Corona virus spread in 31 out of 38 districts

The first case of corona virus in Bihar was reported on 22 March, but it is spreading very fast now. According to the data released by the Union Health Ministry, by the evening of May 5, the number of positive cases has increased to 535.

The spread of corona in the state has reached in 31 out of 38 districts. 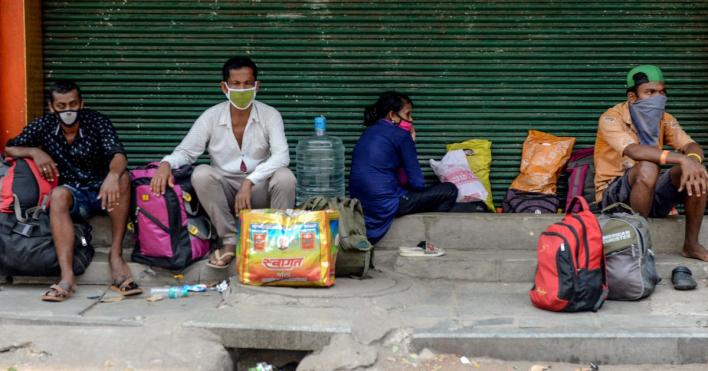