Indonesia’s decision to ban palm oil export from April 28 could not have come at any worse time. Even before the news came out, edible oil prices were trading at their highest prices ever — around 45 per cent higher than their previous highs recorded in 2008 and then in 2011. 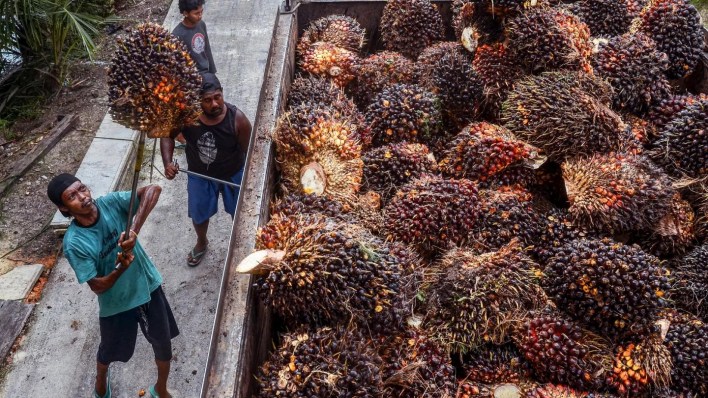 The hit is severe for India, the world’s largest importer of edible oils, specifically the highest importer of palm oil and soyabean oil. Edible oils and fats saw a 19 per cent rise in April-March, of which 5% points came in March. “The Indonesian palm oil ban may show their result in a further immediate 10 per cent upgrade in its prices,” stated Atul Chaturvedi, President of the (SEA) Solvent Extractors Association.

India imports nearly 10.5 lakh tonnes of edible oil every month and finished FY22 with 13 lakh tonnes, down from 15 lakh tonnes the previous year. Still, India’s import bill for edible oils in FY22 jumped to Rs 1.4 lakh crore, up 72 per cent from Rs 82,123 crore in FY21.

The Indonesian news has landed the world edible oils market in a perfect storm. Palm oil is the most common and used cooking oil globally, accounting for 40 per cent of global consumption, followed by Soyabean oil at 32 per cent and Canola oil at 15 per cent. 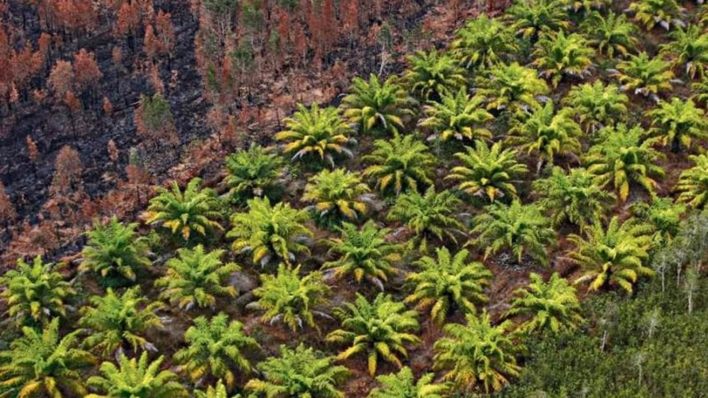 In the last 12 months, everything that can conceivably go wrong for edible oil crops has. Palm oil output was hit for the better part of 2020 and 2021 in its largest growing areas of Indonesia and Malaysia due to the non-availability of migrant labour because of COVID-19.

Last year, Argentina, the largest exporter of soyabean oil, reported a poor soya crop. The country stopped the exports briefly and then resumed the same after hiking the export tax to 33 per cent from 31 per cent. 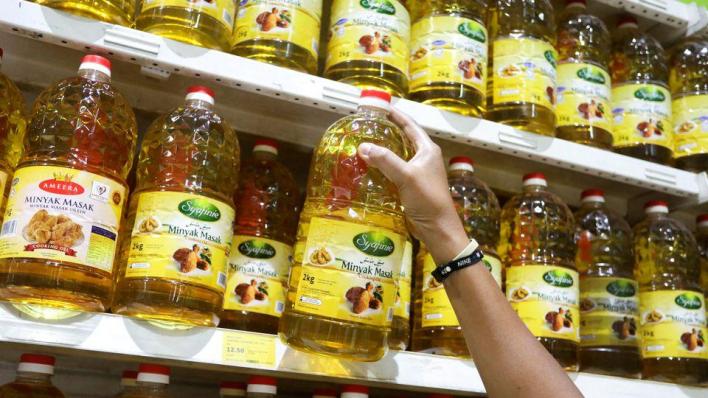 The largest canola oil producers in Canada and Europe have reported their crop damage. So in February, when Russia started their war against Ukraine, they stopped sunflower oil exports, and the cooking oil prices were already experiencing heights. The situation of war and the sanctions made it worse.

The incident that cooking oil inflation coincides with a general spike in the prices of crude oil and gas and other commodities like wheat, nickel, palladium and copper, where Russia is the key exporter. India’s own consumer price index (CPI) has hit a 17-month high of 6.95 per cent in March, with edible oils contributing significantly with a 19 per cent rise.

It is hoped that the March CPI of 6.95 per cent may be a peak that was already dashed by the stickiness in crude oil prices. The latest spurt in edible oils because of the Indonesian ban may well mean that the average inflation for the year may work out to 7 per cent. 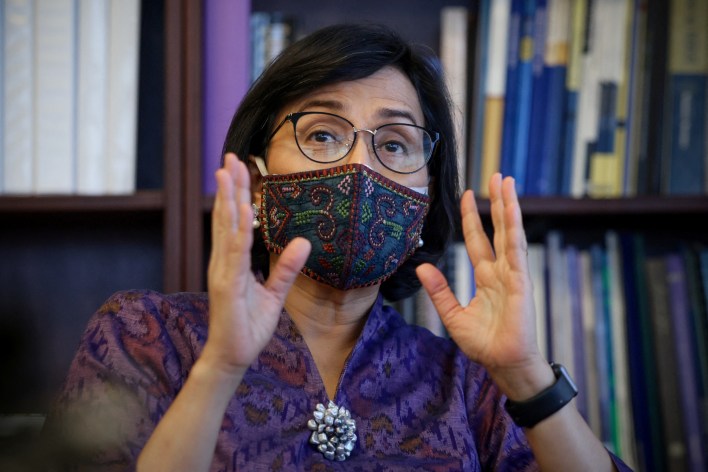 Since November, the Southeast Asian archipelago has been running low on palm-based cooking oil as producers turn to exports to cash in on the increase in prices worldwide. Authorities now fear that scarcity and soaring prices could provoke social tensions and have moved to secure and safe supplies.

The government will ban the export of all the raw materials for cooking oil and cooking oil itself until a deadline to be determined later, President Joko Widodo said in a statement. The Officials have introduced the limited curbs on palm oil exports in January, capped prices, and announced cash subsidies for some Indonesians to compensate for rising food prices.

But the commodity became harder to find at markets and grocery stores, with long queues appearing at many locations. Palm oil is the basic and most common consumed vegetable oil in Indonesia, whereas crude palm oil is exported worldwide for various uses, from cosmetics to chocolate spread.

What is Palm Oil?

Palm oil is a widespread ingredient found in many parts of the world’s food, cosmetics, and household items. WWF has estimated that it’s used in nearly 50 per cent of all packaged products in domestic and supermarkets. The commodity is used for cooking purposes in many countries, including India, the world’s top importer.

Palm oil prices were under pressure after Russia invaded Ukraine, as markets scrambled to find alternatives to shipments of sunflower oil stuck in Black Sea ports. Ukraine is typically a significant producer of sunflower oil, but that has been “completely messed up by Russians,” asserted Fry. 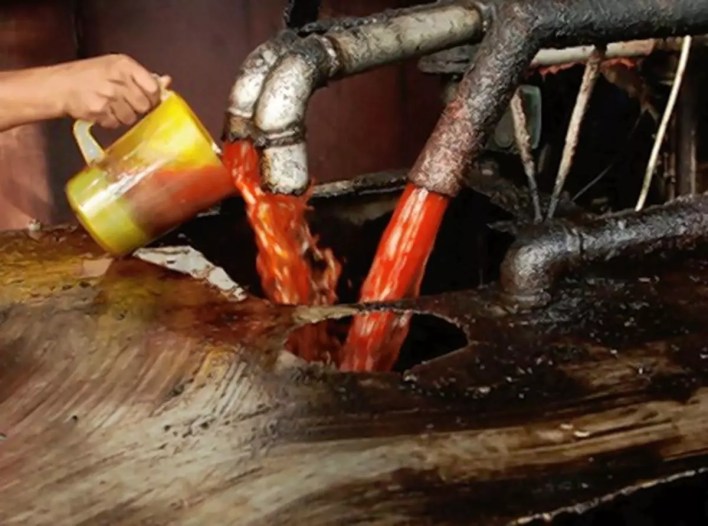 “We have got the perfect storm,” he added, noting that other factors, such as droughts in South America and Canada, had also constrained soybean and canola oil supplies.

Reason for Indonesia taking this step.

Indonesia’s leader, known as “Jokowi,” said on Friday that the decision to ban exports was to “ensure the national availability of cooking oil” and help keep it affordable.

According to Antara, Indonesia’s state news agency, Indonesians have had trouble getting access to the kitchen staple as global palm oil prices surged, leading the government to roll out cash subsidies. 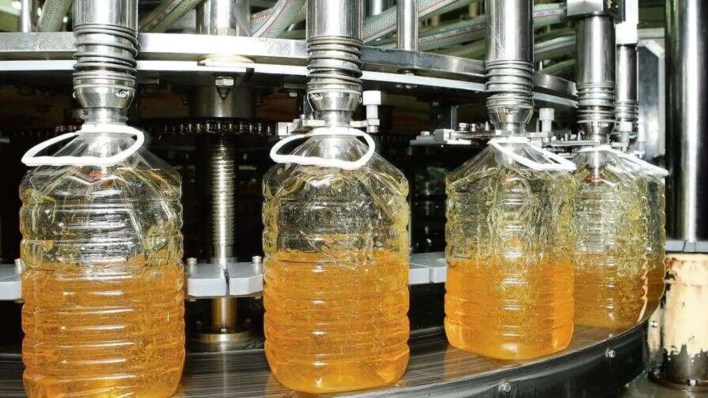 The country had already taken other significant steps to protect local supplies. In January, it introduced a policy that required exporters of palm oil products to sell 20% of their total exports domestically, according to the US Department of Agriculture (USDA).

The agency wrote in a February update that the retail price for cooking oil was also later “capped” at 14,000 Indonesian rupiahs ($0.90) per litre.

But the problem has persisted, leading the Indonesian government to take the drastic step last week to block exports.

Analysts say that authorities want to ensure enough supply of cooking oil ahead of the Muslim festival of Eid, which marks the end of Ramadan and will take place next week. Indonesia is the country home to the world’s largest Muslim population. 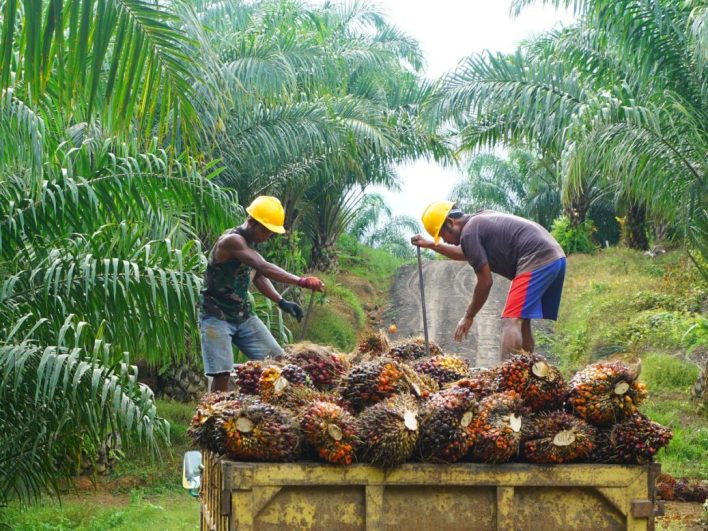 Who makes the most?

Indonesia is known as the world’s top producer of palm oil, accounting for 59 per cent of global output last year.

Malaysia and Thailand follow with 25 per cent and 4 per cent of global production, respectively. Colombia, Nigeria and Guatemala are also vital producers.

Some analysts have said that Malaysia could help make up the shortfall, but it’s facing its supply problems.Sathia Varqa, the co-founder of Palm Oil Analytics, an independent market data publisher, said that Malaysia has suffered from a labour shortage since the pandemic.

What does the merger of HDFC Ltd and HDFC Bank mean for financial investors, and how might they benefit?