The RBI is a central bank with an inflation trajectory, and the performance of the consumer price index influences its policy decisions (CPI). The RBI will once again be the centre of attention when it announces its bimonthly monetary policy on December 7 2022, to combat inflation that has been persistently high. The RBI has increased the repo rate by an astonishing 190 basis points since May of this year, the most it has done in many years. 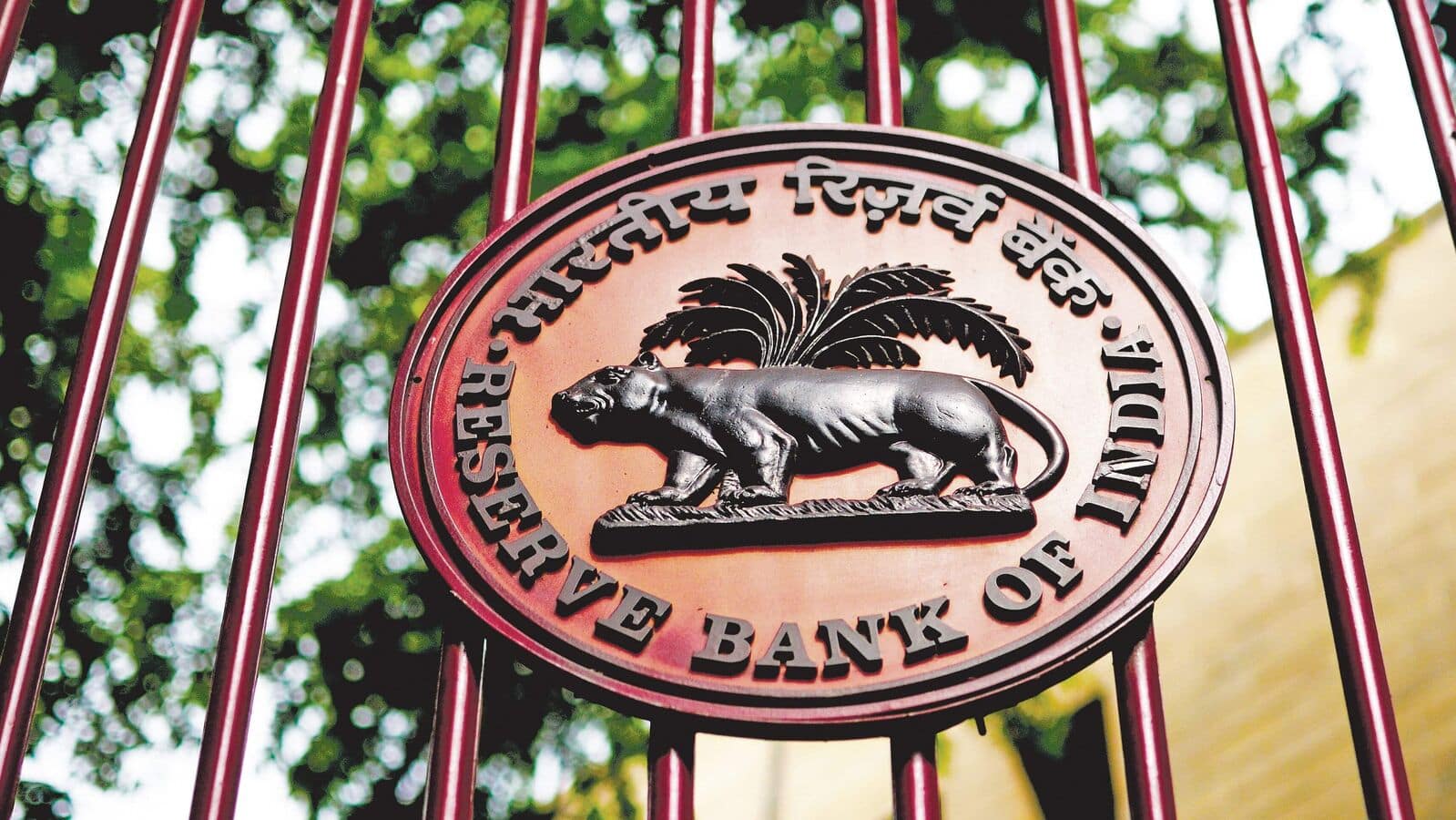 For the third time in a row, the RBI raised the key rate by 50 basis points. But when the CPI dropped to under 7% in October, things began to shift. Does that suggest that the RBI would raise rates to a lower amount in its future policy? What rate increase may be anticipated in the December policy, if not one of the 50 basis points?

The repo rate initially increased for FY23 by 40 basis points in May. There were then three consecutive increases of 50 basis points from June to September 2022. The policy repo rate is currently 5.90% or something like that, while the marginal standing facility (MSF) rate, the bank rate, and the standing deposit facility (SDF) rate are all modified to 5.65%. The pattern of rate increases has also caused a large increase in bank deposit and lending rates.

MCP is still concentrating on removing accommodations to maintain target inflation in the future while promoting growth. Let’s understand a few guidelines! First, within a range of +/- 2%, the RBI’s medium-term aim for CPI inflation is 4%. This suggests that the highest CPI tolerance threshold for the RBI is 6%. Second, inflation has continued to exceed the RBI’s upper tolerance level for the ninth straight month this year. In January 2022, inflation last fell below the Reserve Bank of India’s 6% tolerance target.

According to the most recent figures on inflation, the CPI decreased to 6.77% in October as a result of slower increases in food costs and a significant base impact. Compared to a five-month high of 7.41% in September 2022, this is far better. RBI stated in its most recent November 2022 bulletin: “The domestic macroeconomic outlook may best be characterized as sturdy but susceptible to significant global challenges, especially if headline inflation starts to show signs of moderating. Urban demand seems to be strong, whereas rural demand has been slow to develop but has recently gained momentum.”

But the RBI also noted that domestic inflation is still high. It said, “Both the trends in inflation and the results of our previous initiatives are being attentively watched. In our opinion, maintaining financial stability, sustained growth, and price stability do not necessarily have to conflict.” The RBI is deeply examining the level of detail of inflation estimates and has improved its process for projecting inflation by adopting new methodologies. Kotak Institutional Equities’ Chief Economist Suvodeep Rakshit stated, The RBI’s previous policy (October 2022) included a 6.7% CPI inflation rate by the end of FY23, which is still more than the central bank’s maximum tolerance level. The RBI projects that in Q4FY23, or around 5.8%, inflation will be less than 6%. There will be a 5% CPI in Q1 of FY24. But it’s improbable that everyone would make the same decision.”

The analyst claims that while domestic inflation is still trending upward and is still beyond the upper bound of the RBI’s inflation target range, it is progressively slowing down. Although the chances of a global demand slowdown are growing, which is expected to have an impact on India’s economy, domestic demand is still stable. The situation in the external sector is still up in the air. According to him, inflation is still high in the majority of industrialized nations but is beginning to peak.

The US Fed did not surprise with a more hawkish announcement than anticipated or with signs of a slower rate of rise, the economist added. The cost of commodities has decreased as well, and the current decline in crude prices is promising, though it is unclear if it will continue.

Rakshit believes that these variables will provide the RBI with some assurance by lowering the rate of rate increases and, maybe, halting them shortly to evaluate the effects of the previous rate increases. The RBI will remain cautious; he continued, due to “a sticky core inflation and, more recently, increased cereal prices and growing food inflation.”

According to the economist, a 35 basis point increase “would communicate a mix of prudence and comfort while keeping all options open (including a halt or a lesser increase) for the February decision,” depending on the situation. In 2022, the MPC will meet once again between December 5 and December 7. 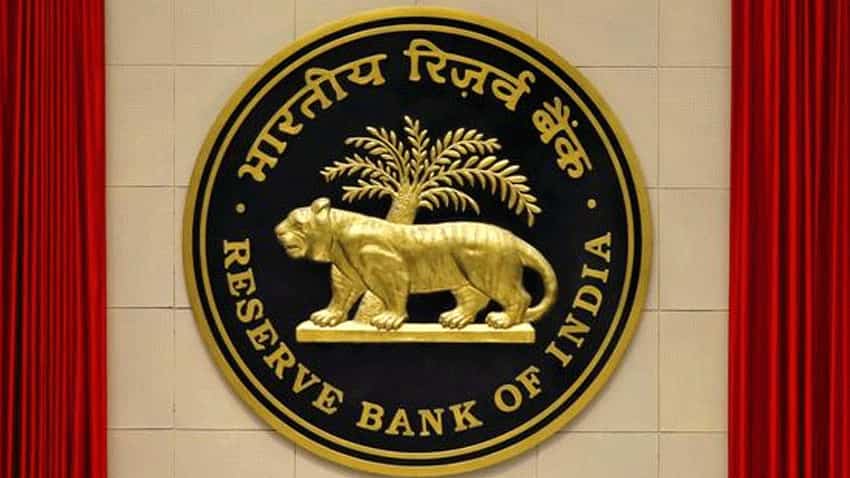 In early 2023, the RBI is anticipated to increase rates by a further 35 basis points.

According to experts surveyed by Reuters, the Reserve Bank of India will modestly raise interest rates in December by 35 basis points to 6.25%. These experts predict a further small rise early in the next year to relieve persistent inflationary pressures. Despite the fact that inflation has slowed to 6.77% at the most recent measurement, a strong two-thirds majority argued that it was still too early for the central bank to stop keeping an eye on it. Inflation has been consistently above the upper limit of the RBI’s tolerance band of 2-6% throughout the year.

Following a series of rate increases of 50 basis points by the RBI, there are expectations for a more gradual rate increase. These views are in line with predictions that the US Federal Reserve would switch to smaller rate increases at its policy meeting this month. 33 economists, or more than 60% of those surveyed between November 22 and 30, predicted that the RBI would increase its benchmark repo rate by 35 basis points to 6.25% at its policy meeting on December 7–9. Eleven respondents predicted a 50 bps increase in the future, while eight others predicted a 25 bps increase.

Sakshi Gupta, the chief India economist at HDFC, said that a 50 bps rise would be excessive considering that inflation has begun to moderate and is moving following the RBI’s predictions. “This cycle’s terminal rate is anticipated to reach 6.50%, and the route there will probably involve two rate increases: 35 basis points in December and then 25 in February.”

Rates are expected to increase slightly as a result of the expectation that inflation will remain above the RBI’s target range of 4.00% for the next two years, and most economists see an upside risk to their predictions. The RBI must also take into account the pressure that could be placed on the rupee if it lags behind anticipated increases in US rates.

According to Abhishek Upadhyay, senior economist at ICICI Securities Primary Dealership, the risk that the Fed tightens even more than current pricing of close to 5% is “reasonably high,” and that “could keep pressure on emerging market central banks, such as the RBI, to defer signalling the end of rate hikes.” According to poll medians, the repo rate will reach its top at 6.50% by the end of March, while analysts could not agree on the RBI’s last rate change for this cycle.

At the February meeting, economists were equally split between predicting no increase and a rise of 25 basis points, with 44 of 52 expecting those results. There were just three predictions for 10 bps, 15 bps, and 40 bps, while five of the remaining forecasts called for a 35 bps hike. The report also included predictions for inflation rates of 5.2% in the next year and an average of 6.7% for the fiscal year ending on March 31. (2023–24). According to Radhika Rao, senior economist at DBS Bank, the risks include a sudden rise in commodity prices, supply-side shocks, the resilience of domestic demand engines, and a protracted global tightening cycle that would put pressure on the rupee “might persuade the RBI to think about extending its cycle of rate increases.”The 6.3% reported GDP growth for the months of July to September was in line with the RBI’s projections.

Twenty out of 28 economists, who responded to a follow-up question in the poll conducted before the GDP release, or more than 70%, agreed that it was still too early for the RBI to switch its emphasis from inflation to growth. India’s projected economic growth rate for the next two to three years was estimated at 6% to 7% by economists who responded to a different question. They expect the annual growth rate to be 6.2% and 6.8%, respectively, this fiscal year and the following.

Describe the Indian government's new program for the digital rupee.