For environmental reasons, Apple no longer includes in-box chargers with the iPhone 12 series. This means that iPhone 12 and later series retail boxes only include the smartphone and a lightning to USB Type-C cable.

Chargers must be purchased separately by users. Many markets reacted negatively to the change. For example, the Brazilian Ministry of Justice fined Apple a million dollars and suspended iPhone sales in the country. Hundreds of iPhones have now been seized from retail stores in the country.

According to sources, Brazil’s Federal District-based consumer protection regulator has seized iPhones from authorized Apple resellers and is carrying stories in Brasilia, the country’s capital city. Why? Because the Cupertino-based company does not sell iPhone chargers.

The operation, dubbed “Operation Discharge,” is intended to force Apple to comply with local law, which requires smartphone manufacturers to ship chargers in the box.

As previously stated, Apple discontinued chargers with the iPhone 12 series. It has also updated the iPhone 11 with a new, more compact box that does not include a charger.

According to the report, Apple Brazil requested that the government allow iPhone sales in the country. It also filed a writ of mandamus to ensure the sale of iPhones in Brazil.

Judge Diego Câmara Alves has allowed the company also to continue selling iPhones in Brazil until a final decision is made. The judge believes that the company is not infringing on any consumer rights and that the Brazilian regulator is “abusing its power” by making such a decision.

Apple, on the other hand, claims to be confident that it will prevail in the legal battle and that customers are also “aware of the various options for charging and also connecting their devices.”

In related news, the European Union passed legislation earlier this year requiring a USB Type-C port on a wide range of electronic devices such as smartphones, tablets, and headphones. After that, Apple will be forced to replace the outdated lightning port on its iPhones with the USB-C port that many of its Android competitors already use. Meanwhile, India intends to use USB-C as a standard charging port for smart devices.

Why was the iPhone seized in Brazil?

According to sources, “hundreds of iPhones” were seized in Brasilia, Brazil’s capital city. According to the report, the iPhones were also seized from authorized Apple resellers and carrier stores. The reason remains the same: iPhones do not come with chargers. The actions were dubbed “Operation Discharge,” and the goal was to force Apple to include chargers with iPhones.

What happened once the iPhones were confiscated?

According to Macmagazine, a judge has stated that Apple will be allowed to sell iPhones in Brazil until a final decision is made. Made. According to the report, the judge also stated that Apple is not infringing on any consumer rights. Indeed, the judge stated that the Brazilian regulator was abusing its authority. Apple, for its part, has insisted that its customers are aware of the various options for charging and connecting their devices and that it will prevail in court. 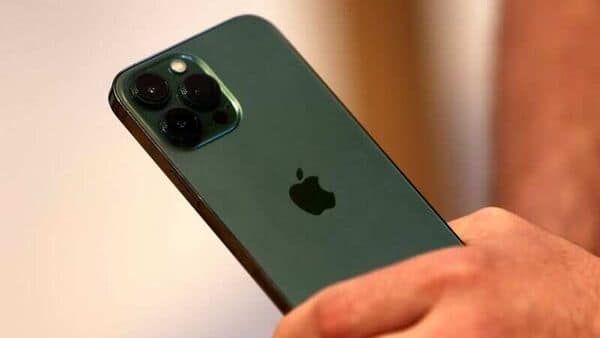 In October, Apple was fined BRL 100 million (approximately Rs 150 crore) for failing to include a charger in the box. The company announced at the time that it would file a legal appeal. According to a complaint filed in Sao Paulo state court by a group of consumers and taxpayers, Apple engaged in “abusive practices” by selling its high-end gadgets without a charger.

Apple was also fined more than $2.5 million in September for the same issue. It couldn’t sell iPhones in Brazil as long as the company didn’t intend to include a charger in the box. It was later given the authority to sell units until a new decision was made. According to Brazilian authorities, Apple is also saving money in the name of environmental protection, while consumers must pay more for a charger. According to the country, this is a critical add-on required to recharge the phone’s battery and also that the product cannot function without it. As a result of the court’s decision, Apple will be required to include a charger in the package.

New Company Registration System Will Be Operational By December

8 SpaceX Employees Fired For Criticizing Elon Musk In A Letter