In fiscal 2023–2024, the Center is anticipated to borrow an unprecedented Rs 16 lakh crore. According to a survey of analysts, the Indian government would borrow a record 16 trillion rupees in the fiscal year ending in March 2024, with infrastructure investment and fiscal responsibility as its top budget goals.

According to the report, the gross indebtedness of the Indian government has doubled over the last four years because the administration of Prime Minister Narendra Modi has spent a lot of money to safeguard the economy from the COVID-19 pandemic’s effects and provide aid to the poor through programs like the Pradhan Mantri Garib Kalyan Anna.

The final comprehensive budget before the 2024 presidential elections will be delivered by Union Finance Minister Nirmala Sitharaman in 2023–24. Undoubtedly, this budget will be a crucial test for the government’s National Democratic Alliance (NDA), which is led by the Bharatiya Janata Party (BJP).

The researchers noted that the government’s capacity to reduce borrowing in the short term will be constrained by a decline in tax collection and anticipated sluggish economic growth in the next fiscal year. According to the median prediction of 43 experts, total borrowing is predicted to reach 16.0 trillion rupees in the next fiscal year, an increase from the anticipated 14.2 trillion rupees in 2022–2023. At the low end of the range, gross borrowing of Rs 14.8 trillion would be a record high.

He said, putting the repayments for 2023/24 at roughly 4.4 trillion rupees. “The government borrowed a lot in the previous five years to have funding for the epidemic, which implies the payback load would now be fairly significant for several years.

Economists expected that the government will reduce the budget deficit to 6% of GDP in 2023–2024, which would still be much higher than the 4%–5% average recorded during the 1970s and well behind the goal of achieving 4.5 % by 2025–2026.   Compared to before the epidemic, the budget deficit has more than doubled. The rising interest rates have raised the difficulty of repaying borrowed funds.

The Indian government claims that its existing plan is sufficient for the task, despite the International Monetary Fund (IMF) declaring last month that India needed a more aggressive budget reduction strategy to guarantee debt sustainability over the long term.  It was claimed that the federal and state governments’ debt amounts to 83% of their yearly GDP, a level higher than that of many other growing nations; the sovereign credit rating of the nation is only one notch above junk status, it was added.

India must gently combine fiscal restraint with the need to stimulate growth because the budget deficit and public debt are at record highs. The bulk of capital expenditures must be handled by the government, according to economist Sujit Kumar at Union Bank of India. Sujit Kumar said that infrastructure spending “would be an obvious choice,” but that a downturn in the economy would result in decreased tax revenues, which would limit the government’s capacity to continue raising capital expenditures at the same rate it has been since 2020/21.

Also revealed that in the next fiscal year, the Indian government’s capital expenditure will rise to a record 8, Eighty-five trillion rupees, or round ninety-five percent of GDP. According to the report, growth in such spending will probably fall to only half the rate of the previous three years. According to the research, India needs a lot of government spending to upgrade its infrastructure if it is to realize its goal of challenging China as the world’s factory.

Just 18 of 36 respondents, or 50%, said that infrastructure investment and fiscal restraint should be the two top budget objectives. The other 18 put forward rural development, healthcare, education, and job creation. According to the survey, India’s government would reduce food and fertilizer subsidies to 3.7 trillion rupees or more than 25% less than the approximately 5 trillion rupee level anticipated for 2022–2023.

According to projections, India’s GDP debt ratio 84% which is greater than that of many other rising countries but slightly more manageable, according to a top IMF official., Paolo Mauro, Deputy Director, Fiscal Affairs Department, International Monetary Fund, emphasized that it is crucial for India to have a very clear medium-term target on the fiscal front but noted that there is still not a lot of clarity around the fiscal anchor.   It crucial to assure the public and investors that things are under control and that they will gradually become less susceptible.

“In terms of the debt ratio, we currently expect India’s to be about 84% of GDP According to him that is higher than in many developing nations. Being the world’s most populous nation and an enormous, rising economy, India undoubtedly has many unique characteristics, he remarked. 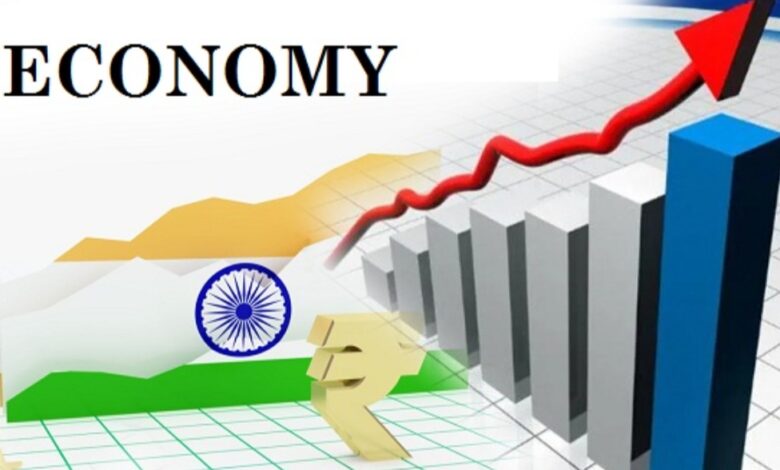 The majority of India’s debt is denominated in its currency and is not index-linked, and there is a sizable Indian investor base, which are further characteristics that set it apart from other rising nations.   Therefore, having such characteristics is a positive thing, and they help make it simpler to pay off this debt, according to Mr. Mauro. Having said that, the annual borrowing requirement and the rollover are both highly important. He estimated that it represents 15% of the GDP. Therefore, he continued, “in certain respects, one needs to keep an eye on the debt vulnerabilities and be aware of the budget imbalance. He mentioned that the current budget imbalance is almost 10% of the GDP.

That is significantly greater than the average for emerging economies. According to him, the central government contributes 6.5% of the GDP, while the states provide the remaining 75%. Looking at all of those factors, Mr. Mauro said, “I think inflation is a little bit on the high side given the global conjuncture and country-specific conditions. Looking at all of those things, it makes sense to lower the deficit and bring down the debt progressively over time. The fact that growth has historically been quite high is another positive for India.

“That helps keep that ratio at a constant level, and if growth stays strong, it may even push it down. However, he noted that it challenging to both control inflation and lower the debt ratio without a reduction in the budget deficit. The Central Government’s budget deficit reached 32.6% of the yearly target in the current financial year through August, up from 31.1% reported a year before, according to official figures released last month.

The real fiscal deficit for April through August of this financial year was 5, 41,601 crore, which is the difference between expenditures and revenues. In response to a query, Mr. Mauro stated that India has a very robust information system, allowing for better distribution of cash transfers than in many other nations, including some sophisticated ones.   For instance, the gasoline tariffs one area where he suggested reform. “It prudent to rescind the gasoline excise tax decreases,” he continued.

Everyone’s fuel taxes were decreased. The benefits often benefit those who own automobiles, who are not necessarily impoverished but are instead those who can afford the car, to provide one example. Therefore, lifting such reductions in fuel taxation something I would recommend, he added. Mr. Mauro emphasized fiscal openness, saying that in addition to outlining the general budgetary goals, it is crucial to tell the public about the government’s expenditures and tax collection in plain language so that they may have an understanding of what is happening.

Thousands of unemployed Indian IT experts are looking for ways to stay in the US.

US-India relations aren’t playing out like a Bollywood movie.