In the next budget, 2023, India’s federal government is most likely to ease down on the pace of bank privatization and exclude any reference to divesting public banks.

According to analysts, it may instead utilize the privatization of IDBI Bank as a model for such future initiatives. Fears of a global recession and unstable markets are two other factors that have prevented the government from moving forward with its intentions to immediately privatize banks. Sanjay Agarwal, Senior Director at CareEdge Ratings, asserts that the government may start with one public sector bank and use it to determine the future’s trajectory. The successful privatization of just one bank may, at most, be noted in the budget. According to Agarwal, this would also outline the strategy for any upcoming privatizations. In the Union Budget for 2021–22, the government announced its intention to go through with the privatization of two state-run banks this year. Additionally, a plan for selectively exiting from public-sector businesses was approved.

Sakshi Gupta, the principal economist at HDFC Bank, believes the government would reiterate its pledge from last year (to privatize two PSB banks) and vow to carry it out in the current fiscal year, which starts on April 1. “The heightened risk of a recession in major economies and global unease as a result of the escalating COVID cases might cause unstable market conditions and discourage the government from including large privatization/disinvestment earnings in the budget estimates,” Gupta continued.

According to Bank of Baroda Chief Economist Madan Sabnavis, the rate of privatization of PSBs should be monitored because it is a crucial component of government policy. “We must keep in mind that the PSBs have played a significant role in several government economic programs.” Take a look at Jan-Dhan, where everyone has accounts set up. “Due to the lack of interest from private banks, this could not have been accomplished without PSBs,” Sabnavis remarked.

According to Sanjay Agarwal, the majority of bank divestments in India currently involve the sale of minority stakes in public sector banks, either through investors providing new capital to the banks (thereby lowering the shareholding percentage of the government) or through the direct sale of government shareholdings to foreign investors. He emphasized that there has never been a sale of a majority share to private entities. Two banks’ planned privatization is still a work in progress.

“There are no instances of completed transfers due to constraints in ownership patterns.” To avoid upsetting the apple cart, the approach must be slow with full handholding, the man added. According to the Reserve Bank of India, the banking sector is still strong and well-capitalized, and banks’ gross non-performing asset ratio has dropped to a seven-year low of 5%.

According to Madan Sabnavis, the NPA issue was caused by legacy problems that have mostly been remedied, as seen by the fall in these percentages for all public sector banks. He emphasized that privatization has several goals. Because of how “advanced” the financial system is now, the government is now persuaded that the PSBs are in excellent condition and are more marketable than ever. In light of this, he continued, the government is considering releasing the value of these institutions.

According to him, such asset sales assist the government in both removing itself from non-strategic economic activity and generating cash. There are justifications for both having a lower and higher number of PSBs, according to Sabnavis, regarding the reduction of PSBs through mergers before privatization. He said that the purpose of mergers was primarily to increase the size and include various bank types. Those that were excluded are more regional in scope and have been permitted to operate independently. He said that the entire strategy was based on ideology because the government-controlled them all. 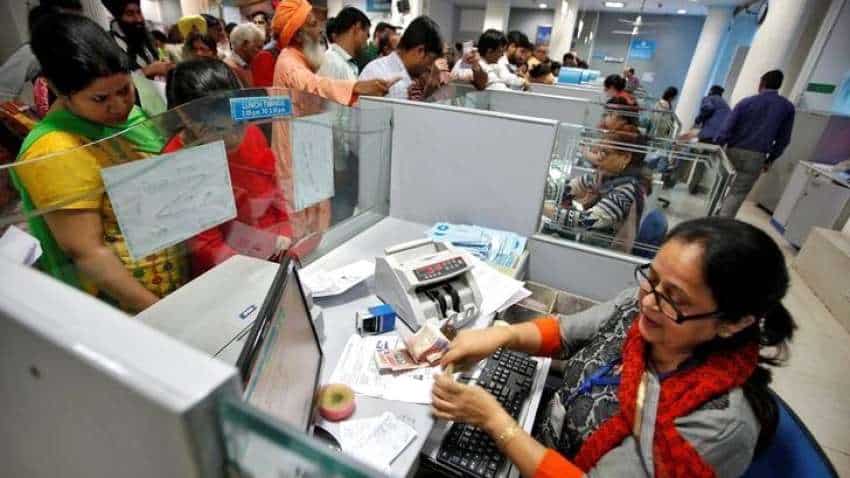 The more a bank grows, the more difficult it is to manage its operations, especially because the majority of banks are more regionally focused than national. The process of covering a wider field has benefited from having more banks because the majority of them have regional strengths. The government’s motivation will now determine which banks to privatize or combine, and whether to do so at all. He continued, “We must keep in mind that the RBI also wants banks to minimize exposures to single businesses or groups through its announcement on significant exposures.”

He claims that, in contrast to other industries, the banking industry serves a variety of societal needs and necessitates the alignment of the interests of the government, the RBI, and potential shareholders. Businesses like Air India or commodities plays like Hindustan Zinc, which caters to somewhat more wealthy parts of society, are far more homogenous than the banking industry. All socioeconomic classes and groups are served by banking, according to Sanjay Agarwal.

From a structural standpoint, banking demands client trust and participation on both the deposit and advance sides of the balance sheet. Banking is built on a fractional reserve type of operation and is extremely leveraged, unlike manufacturing or services (the contribution of owners to total fund requirements is very small). As a result, he said, little doubts grow larger, and the foundation of commercial trust suffers greatly. According to Abizer Diwanji, Head of Financial Services at EY India, the process will be longer since the private sector is more responsive and offers more customer convenience, but it is unquestionably happening. Some large banks have developed alternative lending platforms that may offer complete customer solutions for business loans.

Government-sector banks have implemented initiatives like the EASE program, but Diwanji added that unless there is a change in behavior, specific change management programs, and the right incentives, we might see significant investments in technology without much of a shift in market share or actual behavior. For a variety of reasons, the government would gradually move toward turning over control of banks to the private sector. Although IDBI Bank was the first to experience this, other banks may also experience it. Additionally, he suggested, the government could subsidize state-run incentives for the major public sector banks while keeping ownership of the shares and handing management to an independent board of professionals.

What the Badminton manufacturer Yonex new racquet factory tells us about the company and India.