As FY22 is on the brink of bidding goodbye and heralding the new FY23, the markets are abuzz with news that at least 90 companies are on the verge of making their stock market debut.

According to data, approximately 90 companies are looking to raise roughly Rs. 1.4 trillion of the market, and this is a huge number indeed.

With big names such as a particular Hospitality and Travel major and Swiggy all set to launch their initial public offer (IPO), the coming new year is likely to be a significant one for the primary markets. IPOs The Favourite Of Fund Managers

Interestingly, quite a large number of fund managers have stated that over the last few years, IPOs have helped them generate alpha.

For those who might be unfamiliar with the term – Alpha Generator – it means any security that, when added by an investor to an existing portfolio of assets, generates surplus returns or returns higher than a pre-selected benchmark without additional risk.

However, many also agree to the fact that with market volatility, it has become equally challenging to generate alpha. However, IPOs have become the doorway and the ideal investment through which alpha generation has happened in the last few years.

Although, some investors now are hesitating to invest in IPOs, simply because several recently listed companies’ shares have been trading below their issue price. 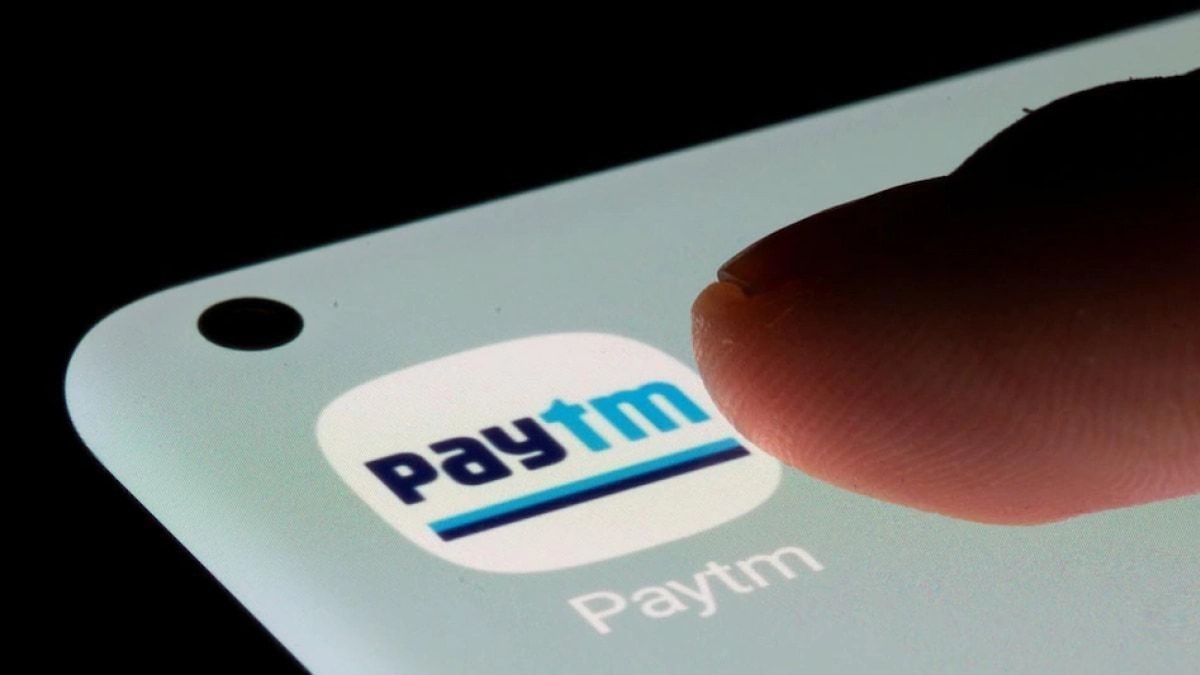 In the recent past, several new age companies like Zomato, Nykaa, Paytm and many such took to the bourses but at very steep valuations and while their stock market debut might have been stellar.

The fact is that they soon witnessed corrections in their valuations and thus ended up eroding investors’ wealth which served as colossal collateral damage.

SEBI has finally woken up to take adequate measures against the massive erosion of investors’ money as many new age companies’ stock market debut and subsequent corrections in valuations have set in an exemplary approach by retail investors.

Hence, SEBI has now started to address the root causes of such debacles with some urgency.

Accordingly, it has recently become vocal about its intention to introduce additional mandatory disclosures and make deliberate efforts to ensure the valuation process is followed and the final value determined is aligned with best practices and justifiable. We will get into the subject of SEBI and its intentions further on.

In the last five years, the company has expanded through acquisitions and has acquired companies such as Epic, Osmo, and Aakash’s educational services.

Although in recent times, Byju has been making headlines because of the alleged ill-treatment of its employees and the recent spree of layoffs.

The company’s net loss also broadened in the last three years, which, according to the company, was mainly because of a change in revenue recognition policy.

So far, Byju has raised US$5.5 bn ( ₹447 bn) from investors such as Qatar Investment Authority, Tiger Global, and BlackRock.

Byju plans to go for an IPO in 2023, but it is in the midst of finalising the same for its tutoring arm, Aakash Educational Services – IPO plans of US$1 bn ( ₹81.39 bn)

2. Swiggy: we all know it is an online food ordering and delivery platform established in Bangalore in 2014 and currently serves more than 500 cities in India.

Swiggy delivers packages and groceries through Swiggy Instamart and Genie, apart from its main food delivery business. In 2021 it also launched a loyalty program to offer special discounts to its customers.

The company currently has partnerships with over 150 thousand restaurants and a substantial fleet of more than 260 thousand delivery executives delivering food to its customers.

In the last three years, the company’s earnings grew at a CAGR of 25.4%, driven by higher orders. Its losses also capped by over ₹7 bn during the same time.

Its plans include increasing its consumer base to 100 m and accelerating the digital transformation in the food industry.

Swiggy plans to raise around US$1 bn ( ₹81.31 bn) through IPO in 2023. It was already gearing up for an IPO and hired JP Morgan and ICICI Securities to run its books. 3. Go First, formerly known as Go Air, an ultra-low-cost carrier in the country, is part of the Wadia Group, the parent company of the renowned Bombay Dyeing and Britannia Company.

The company’s fleet comprises 57 aircraft, and it has ordered an additional 94, which it expects to take delivery soon.

In the last three years, its revenue has grown at a CAGR of 16.4%. However, its net loss widened mainly due to the rising fuel costs.

The company filed its DRHP in May 2021 and planned to launch its IPO in early 2022. However, the company delayed the IPO because of weak consumer sentiment around aviation stocks.

Also, in August 2022, its DRHP expired, requiring the company to re-file for the IPO.

Go First plans to raise funds worth ₹36 bn through an IPO. The company plans to use the funds to repay its debt and other obligations.

From now on, it aims to launch its IPO in 2023 and grow its market share through its ultra-low-cost carrier model.

Mamaearth is now a beauty and skincare brand which operates in India, South East Asia, and the Middle East. The company operates as an omnichannel brand and sells its products online and offline.

The company acquired and nurtured several brands in its eight years of operations, such as Dr Seth, The Derma Co, BBLUNT, and Momspresso.

In the last three years, the company’s revenue grew at a CAGR of 105%. The company also turned profitable in the financial year 2022 and reported a profit of ₹198 m against a loss of ₹13.3 bn the previous year.

So far, Mamaearth has raised a total of US$111.6 mn ( ₹9.07 bn) in funding over eight rounds from investors such as Sequoia India, Stellaris Ventures, and Fireside Ventures.

The company announced its plans to raise US$300 m ( ₹24.39 bn) through IPO in 2023 and will soon draft its prospectus. It plans to use the funds to set up offline stores nationwide. 5. Fabindia: is a well-established clothing brand and has aimed at an issue size of Rs 4,000 crore.

While it is unclear regarding the exact launch timing, the management has stated that the same will be decided after considering various factors such as relevant statutory approvals, stock market conditions, and feedback from investors and intermediaries, among others.

Its issue size is Rs 7,300 crore, the biggest among the companies that have got the SEBI nod so far up to December 12 for raising money through an IPO.

The company has nearly 700 large corporate clients and over 46,000 registered SMEs.

It plans to have an estimated issue amount of Rs 750 crore. The management has said that the company is heavily focused on the domestic Indian market and has historically derived a substantial portion of its revenue from India, according to the DRHP filing.

Its critical markets after India are Bangladesh, Sri Lanka, Nepal and the US.

The calculated issue amount of the company’s IPO is Rs 5,500 crore which could be one of the largest ever public issues by a domestic pharma company.

In the first quarter of FY23, the company clocked Rs 8.7 crore net profit and had a positive cash flow that quarter. As the company moves forward, this funding is said to more than double down on growth in strategic areas.

The company’s recent acquisitions, Confirm Tkt and AbhiBus, have also proved to be good business decisions.

The issue size of Le Travenues Technology is expected to be Rs 1,600 crore.

10. Hospitality and Travel Major: Many times in the past, it filed its draft red herring prospectus (DRHP) in October 2021 and planned to launch its IPO in 2022.

However, each time it cancelled its market debut, citing volatility and bearish market sentiment, thus prompting it to postpone its IPO, the leading cause of worry that its valuation might be affected.

According to the prospects, it plans to raise ₹84.3 bn, out of which ₹70 bn will be from fresh issues and the remaining ₹14.3 bn through stake sale by existing investors.

The company plans to use the funds for repaying debts and funding its growth plans.

In the last three years, the company’s revenue has fallen by an average of 28.7%.

However, revenge travel helped the company revive its business; in the last year, its revenue grew by 20.7% year-on-year (YoY).

The company’s net loss has also been narrowing. In the financial year 2022, it reported a net loss of ₹19 bn, as against ₹39 bn the previous year.

The hospitality startup is now awaiting SEBI’s nod to go through an IPO in 2023. Its estimated issue amount is Rs 8,430 crore.

Others in the line include – SEBI Needs To Be Very Careful

The regulatory body has in the past given its approval to loss-making companies with bloated valuations, which resulted in the erosion of colossal investors’ wealth.

This time around, the coming year is poised for excitement as several prominent brands are set to launch their IPOs.

However, these companies’ exchange debut is proportional to markets trend.

Compared to 2021, 2022 was not a great year for the markets because negative secondary market sentiments were subdued. However, the situation improved in the latter half of 2022 when market indices began to rise.

From the start of 2022 to the present, the IPO market raised only 50 per cent of what it did in 2021, demonstrating its sombre tone.

With SEBI increasing its scrutiny and deliberation on granting approvals to companies, the new-age startups have been holding back from taking the listing route.

The same is attributable to the increased probability of settling with a lower-than-expected valuation due to a difference in the regulator’s perspective on the subject.

Because the likes of Nykaa, Zomato and PB Fintech have significantly eroded shareholders’ wealth, the head of investment banking at a brokerage firm expressed his view that until and unless the prices of recently listed companies are back to their IPO price levels, the concerns would linger.

Meanwhile, reports said that boAt deferred its public share sale plans and raised $60 million from private investors instead, amid continuing concerns over the volatile stock market.

Even Snapdeal has reportedly decided to pull the plug on its IPO, citing ‘prevailing market conditions’. At the same time, Ola, which has turned profitable, might look at going for an IPO next year though a final decision has yet to be taken.

Conclusion: Amid the IPO storm, as an investor, one would have to concentrate on companies that have positive revenue flow, a well-planned focused growth strategy and, above all, correct market valuation – for the IPO of these companies to resonate as good investments.

Who Me? No, Its The Feds; Twitter And Tesla Want Him Out! Musk Blames Rising Interest Rates Even As He Battles Huge Wave Of Disdain