Why was Meta forced to lay off thousands of workers, and what does this say about the economy? How will this affect Indian workers? We’ll explain.

Facebook parent Meta is currently laying off 11,000 employees, or roughly 13% of its workforce, CEO Mark Zuckerberg had announced in a letter to employees on Wednesday.

The mass layoffs are the very first in Meta’s 18-year history, and they come on the heels of layoffs at Elon Musk’s Twitter and Microsoft Corp.

Why was Meta forced to lay off thousands of workers, and what does this say about the economy? How will this affect Indian workers? We’ll explain.

What exactly has Meta done?

Meta has implemented other cost-cutting measures in addition to the pink slips as it deals with rising costs and declining ad revenues. The company intends to reduce discretionary spending and keep its hiring freeze in place through the first quarter. However, it has not specified the affected regions or the expected cost savings from the relocations.

Before the firings, Meta had been signaling that it was cutting costs by shrinking its real estate footprint and also withdrawing some of its employee perks, such as free laundry and also dry cleaning services and dinners they could take home to their families.

Why has Meta been forced to reduce expenses?

Generally, for two reasons: declining revenue and investment in the Metaverse project.

People stayed indoors and also spent more time online and on their devices during the Covid-19 pandemic, which boosted tech firms. This boom did not last after the pandemic. Furthermore, platforms such as TikTok are putting pressure on Facebook. 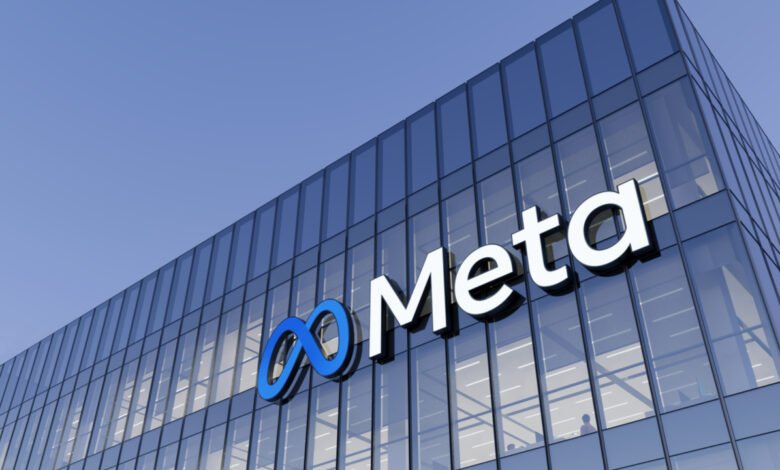 “At the start of the Covid, the world rapidly moved online, and also the surge of e-commerce led to the outsized revenue growth,” Zuckerberg wrote in his letter. Many predicted that this would be a permanent acceleration… I felt the same way, so I decided to significantly increase our investments.

Unfortunately, this did not turn out as I had hoped. Not only has online commerce returned to previous trends, but since the macroeconomic downturn, increased competition, and ad signal loss have resulted in much lower revenue than I had anticipated. I made a mistake, and I also accept responsibility.”

Furthermore, Meta’s investors have been dissatisfied with the funds going to the metaverse. As Meta invested more than $10 billion per year in the metaverse, investors drove its stock down 71% since the beginning of the year, according to the Associated Press.

All of this was exacerbated by the US economic slowdown. Meta reported its first quarterly revenue decline in history this summer, followed by another, larger decline in the fall.

What does this mean for the economy?

The once-unstoppable Meta being forced to make mass layoffs for the first time in history is a clear indicator of economic trouble. Ad revenue for digital platforms around the world has been falling as the first signs of a global recession emerge.

Meta is in worse shape since Apple introduced App Tracking Transparency in iOS, which allows users to refuse developers’ permission to create a unique ID that tracks them and serves ads based on their behavior. This will reduce the effectiveness of ads on Meta and other platforms. According to Meta, this will cost it at least $10 billion this year.

“The market is breathing a sigh of certain relief that Meta’s management, or Zuckerberg specifically, appears to be heeding some advice, which is you also need to also take few of the steam out of the growing expenditure bill,” Reuters quoted Hargreaves Lansdown analyst Sophie Lund-Yates as saying.

“It doesn’t quite add up that you’re going to try to increase efficiency while chasing something as ambitious and tenuous as the metaverse,” she added.

Zuckerberg, on the other hand, has stated that he will continue to focus on the metaverse. “We’ve focused more of our resources on a smaller number of high-priority growth areas, such as our AI discovery engine, ads and also business platforms, and then our long-term vision for the metaverse,” he wrote in his letter.

In Zuckerberg’s letter, he discusses Meta’s plans for fired visa and overseas employees.

“I understand that this is especially difficult if you are here on a visa. There is a notice period before termination, as well as some visa grace periods, so everyone has time to make plans and work out their immigration status. We have immigration specialists who can advise you based on what you and your family require. Outside of the United States, assistance will be similar, and we will follow up soon with many separate processes that take into account local employment laws,” the letter states.

The term “metaverse” first appeared in the year 1992 sci-fi novel Snow Crash as a great place where people could escape a very dangerous corporation-dominated world. It has since also come to refer to a variety of virtual experiences that gained popularity during the pandemic, such as video games like Fortnite, non-fungible tokens, and even online meetings and events.

However, in recent weeks, the term has gained new traction – as well as concern about its potential ethical and also societal implications – after Mark Zuckerberg declared that Facebook would be a “metaverse company” in five years and the “successor to mobile internet.” The founder and controlling shareholder of the $1 trillion (£750 billion) company described an online world in which people wearing VR headsets – Facebook also owns Oculus and the virtual-reality platform would not just view but be inside content. It would be an online space created by businesses, creators, and developers where people could live their lives, virtually attending performances and even working.

According to reports, Facebook’s political push to promote the metaverse is already in full swing in Washington. The lobbying campaign is being led by Sheryl Sandberg, Facebook’s chief operating officer, and then Nick Clegg and the company’s vice president for global affairs and communications. In a talk titled Journey to the Metaverse, Clegg will lay out the main company’s plans for how the metaverse could reshape society on Monday.

According to the Washington Post and the company is talking with think tanks about metaverse standards and protocols, which some observers say allows the company to divert attention away from issues like the antitrust lawsuit filed by the main Federal Trade Commission last year.

However, with regulation still struggling to mainly catch up with the impact of the very first wave of the social media, experts fear that the metaverse will be a way for companies like Facebook to mostly capture and profit from the even more data. They have also warn that more foresight and government protections are required to mitigate the risk of big tech taking over the space and people’s lives.

“I know it’s not a popular viewpoint, but I do believe that the harms that we see after the main fact, particularly for children but also for adults, are sufficiently concerning that it would be more prudent to work to put in place governance arrangements – and checks on transparency, data protection, and so on – and harms, particularly to children – before these companies are also permitted to come forth,” said Robin Mansell, new professor of new media and also the internet at the main London School of Economics.

While most people are unfamiliar with the term “metaverse,” internet behemoths are already putting their faith – and money – in it. Horizon Workrooms, a virtual-reality meeting service launched by Facebook, allows people to gather remotely wearing headsets and then meet as if they were physically present in an online virtual meeting space.

It has also released Ray-Ban Stories, the company’s first “smart glasses” with two cameras, a microphone, a speaker, and a voice assistant. Meanwhile, Microsoft CEO Satya Nadella has stated that the company is investing heavily in the “enterprise metaverse.”

Mansell claims that the social-political issues also associated with the metaverse will be the same as those found on existing social-media platforms such as Facebook, such as data, surveillance, regulation, and gender, race, and ethnicity representation. They will, however, be on a much larger scale in the immersive world of the metaverse. She believes that tech titans should be forced to delay their launches until there is “clarity about how they will be governed.” 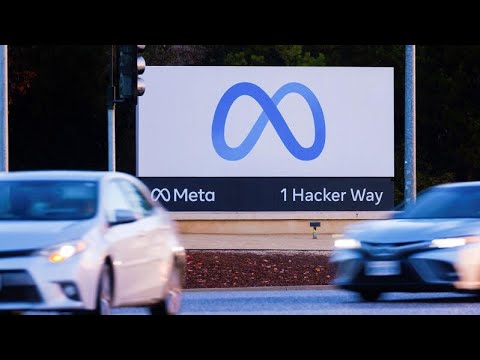 “It appears to me to be simply another step in the current monetisation of data to the main benefit of Facebook and also other very large platforms sold to people as much fun, exciting, helpful for work productivity, and so on,” she said.

According to Scott Galloway, a marketing professor at NYU Stern School of Business in NY New York, Zuckerberg is now at the heart of why the current metaverse is gaining traction. “The idea that he’s also decided that the only way to mostly increase our main attention is to become the main universe is one of those issues that, if you sit back and also think about it for too long, feels like it could go nowhere good.”

“I don’t think people are afraid of the metaverse; I think they’re afraid of the Zuckerverse,” he added. And that is exactly what he has done on social media. More people get their information from Facebook than from the southern hemisphere combined with India.”

Dr. David Leslie, ethics theme lead at the main Alan Turing Institute in London, believes the metaverse will provide a “escape hatch” from dealing with society’s most pressing issues.

He claims that the concept raises ethical concerns ranging from who builds and controls it to the risk of mainly losing “the safe space of the private life” and an unrepresentative virtual population. “There is a risk that the metaverse’s population will be imbalanced in terms of socioeconomic, gender, and ethnic makeup.” We don’t live in a time when everyone has equal access to the kinds of infrastructure required to engage in these technologies.”

The potential social impact of the metaverse, according to Dr Brent Mittelstadt, senior research fellow in data ethics at the Oxford Internet Institute, is far from certain. “If it were as disruptive as, say, people going on virtual dates rather than meeting up, predicting what effect that would have on the nature of relationships would be very difficult, much like predicting the impact of social media when it was just an idea.”

But, he claims, if Facebook can get you to spend a lot of time there, it will be able to collect more data and monetize it. “All of a sudden, you have more data sources than exist now being combined and funnelled through this one thing – the metaverse.” And if Facebook gets its way, you’ll undoubtedly be spending a significant amount of time on it.”

Freebies or government assistance? The BJP's first test will be in Himachal Pradesh and Gujarat.

Demonetization cannot be praised based on one-quarter of strong GST receipts. Why?