Is it possible to diminish the dominance of the dollar with BRICS reserve currencies?

With Russia and China leading the way, the BRICS countries are striving to create a global financial currency system of their own.

According to Russian President Vladimir Putin’s recent remarks at the BRICS Business Forum, the multilateral members are developing a new global reserve currency. In contrast to the International Monetary Fund’s Special Drawing Right (SDR), this global reserve currency will contain the national currencies of BRICS members.

The announcement of Putin has underscored the need for the BRICS nations to understand their heterogeneous motives and to safeguard their global financial interests, as well as facilitate intra-BRICS trade in local currencies. This is at a time when Russia faces unprecedented global sanctions following the Ukraine invasion. Brazil’s major trading partner is China, and using the local currency in cross-border transactions benefits both nations. Even though the United States (US) only gets 17 per cent of Brazil’s total exports, the country’s reliance on the dollar is extremely apparent given that almost 90% of its export invoices are in dollars. Brazilian officials may favour the creation of a BRICS reserve currency as a result of this mismatch. The notion of utilizing BRICS as a de-dollarization alliance was supported by former Brazilian President Lula Da Silva, who voiced his pain at the dominance of the dollar in Brazilian commerce.

Additionally, he said that BRICS was developed as an instrument of attack rather than defence. The Bolsonaro administration’s ascent and Brazil’s catastrophic economic crisis in 2014, however, have considerably undermined the country’s position on de-dollarization. Under Bolsonaro, the Brazilian government has become closer to Western powers and has been erratic in its support for a BRICS reserve currency.

Brazil’s deep economic ties to China and reliance on the US currency suggest that it won’t be leading the BRICS countries in their efforts to move away from the US dollar. It does acknowledge, though, that it stands to gain from such measures as it streamlines trading relations with China and other major countries like Russia and India. Russia has long tried to use BRICS to further the notion of de-dollarization due to its geopolitical objectives. The idea of an alternative financial system free from Western dominance has been further bolstered by the near-elimination of Russia from the West-led, dollar-dominated financial system during the Russia-Ukraine war in early 2022.

In late 2018, the Putin government backed a de-dollarization strategy to lessen Russia’s reliance on the US dollar by restricting overseas settlements and conducting commerce using alternative currencies. President Putin has emphasized the need to further de-dollarize and defend Russia’s economic independence several times.

In addition, Sergei Ryabkov, a former deputy foreign minister of Russia, emphasized the nation’s concerns over the use of the dollar for banking and international settlements and emphasized the importance of moving away from this dependence. He also stated that the BRICS members were willing to work together to advance changes in international financial policy and end the overpowering dominance of a select few reserve currencies. In the Indo-Pacific, the US views India as a crucial friend and strategic partner in contrast to China and Russia. The Indian government does not publicly endorse the mobilization of BRICS to challenge the dollar’s hegemony because it views Russia and China’s attempts to decrease dollar usage as more ideological than practical. The most recent military confrontations between China and India also make it impossible for India to accept China’s efforts to usurp the dollar.

This, however, does not entirely capture India’s position on US dollar hegemony. India has already looked for ways to lessen its reliance on the currency. For instance, the Ministry of Commerce and Industry of India assembled a task group in 2012 to examine the possibility of utilizing the Indian Rupee in India’s bilateral commerce, specifically endorsing the notion of using the rupee to deal with oil-exporting nations. A multi-agency task group comprised of members from the government of India’s economic governing bodies was also established to prepare a list of nations with whom India may engage in rupee trading.

India has been pushed to encourage increased use of the rupee for foreign transactions by currency volatility and geopolitical developments like US oil sanctions against Russia and Iran and China’s ambitions to internationalize the yuan. India is encouraged to de-dollarize by the growth in global currency volatility since it is one of the most heavily dollarized nations when it comes to trading invoicing. This will be difficult, though, because just 5% of India’s imports come from the US and 86% of its imports are invoiced in US dollars. Similar to this, despite just 15% of India’s exports going to the US, 86% of its exports were invoiced in US dollars.

India won’t likely participate explicitly in any BRICS effort to lessen the impact of the US dollar, but it may assist decrease dollar dependency by supporting programs that encourage the use of local currencies in trade and finance. 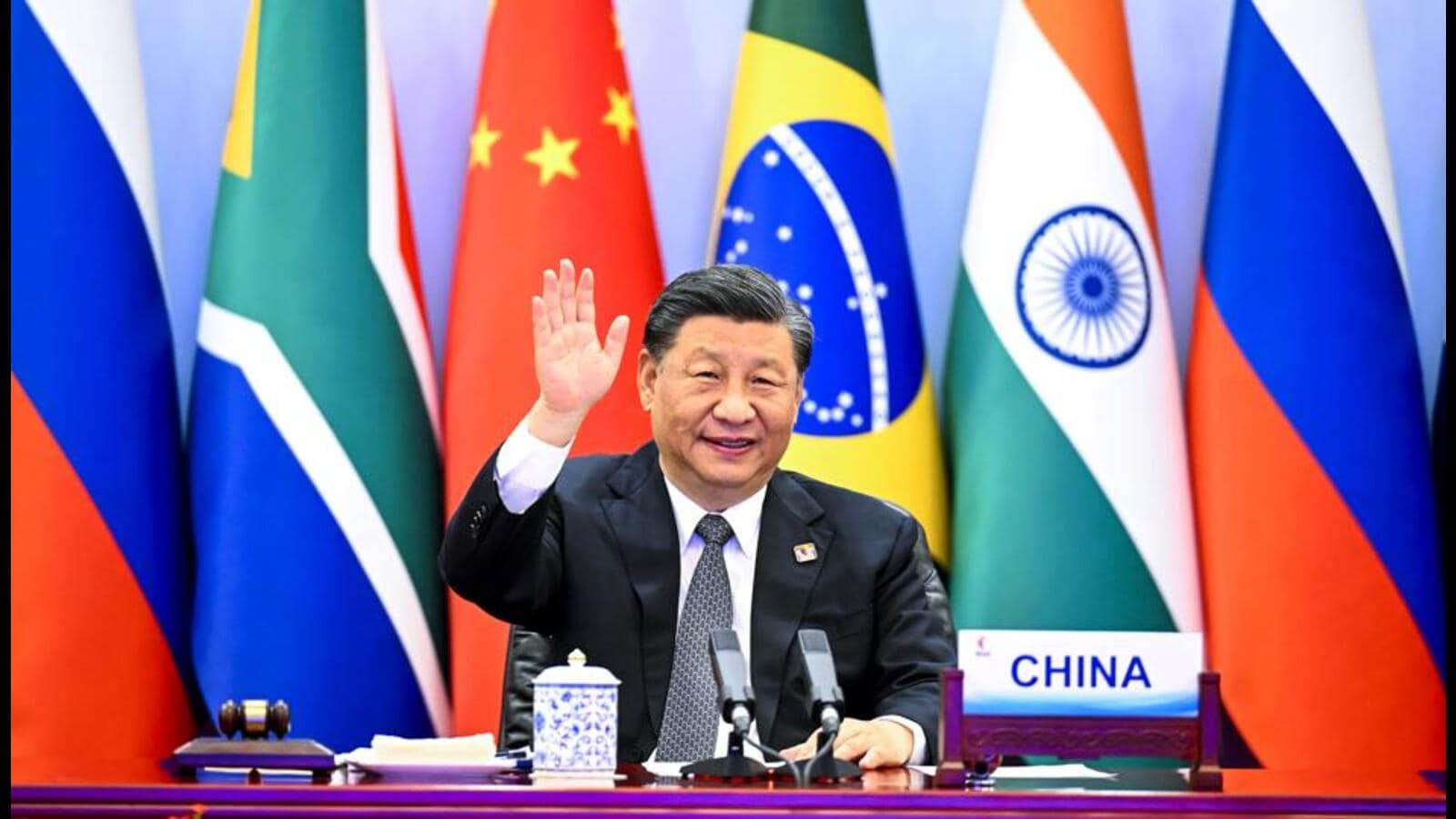 China has consistently criticized the dollar hegemony, but its authorities have not developed a clear strategy to undermine its standing as the world’s reserve currency. The deterioration in US-China ties has brought to light the power of the US currency and its capacity to obstruct Chinese commerce and technological advancement. Such obstacles have pushed China to leave the US-dominated global order and maybe establish a sphere of influence with the BRICS countries.

China is the greatest trade partner in the world and is ideally situated to support the de-dollarization of the region and the world. In terms of finance for development, China is a significant role in several Asian and African nations. Chinese efforts to internationalize the yuan have also been made use of the Belt and Road Initiative and foreign markets.

Former People’s Bank of China (PBoC) Governor Zhou Xiaochuan claimed that the global financial crisis of 2008 exposed the systemic risks and inherent vulnerabilities of the international monetary system as a result of the spillover effect. He demanded that a global reserve currency be established that is independent of particular countries.

The dollar-dominance global monetary order is a “product of the past,” according to former Chinese President Hu Jiantao.

Similarly, in the wake of the 1997 Asian financial crisis, then-PBoC Governor Dai Xianglong criticized the dollar-based financial system. By breaking down the position of a few nations’ currencies as the worldwide reserve currency, which is a cause of instability in the international monetary system, he made the case for the necessity for global change. 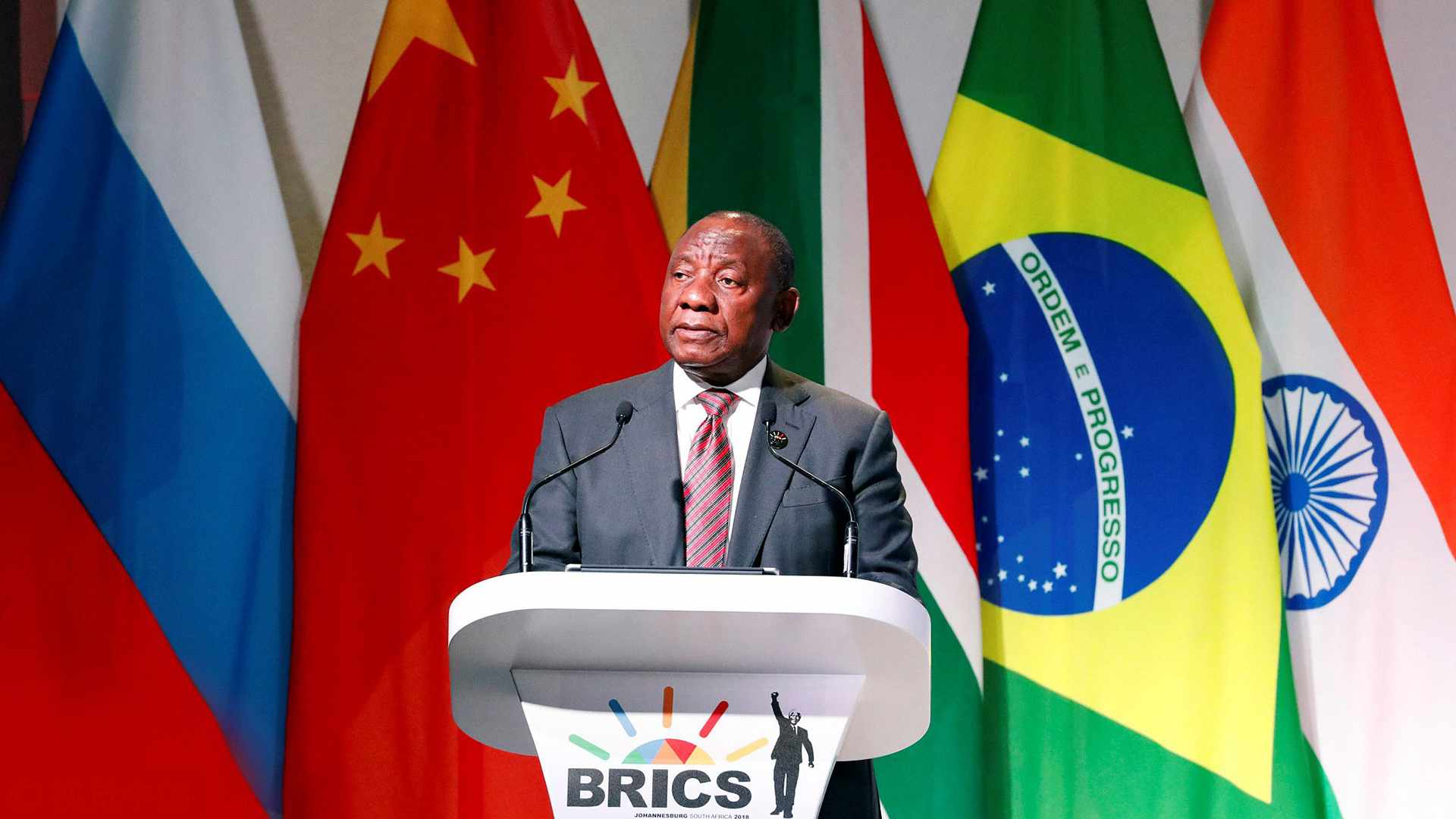 South African Trade and Industry Minister Rob Davies addressed worries about exchange volatility and reliance on unstable foreign currencies during the 2011 BRICS meeting and emphasized the advantages of trading directly in the South African rand. He also reaffirmed the necessity of creating mechanisms to settle trade in local currencies during the 2013 BRICS meeting. Developing nations are price takers whose currency risk can be triggered by macroeconomic variables outside their control, as he showed, and their currency volatility is directly driven by global economic dynamics.

Beyond the BRICS countries, there are grounds for worry over the economic insecurity of emerging countries. South Africa was encouraged to support the BRICS group’s intentions to encourage the use of local currencies in trade by the transactional and financial risk posed by the US dollar’s predominance. In order to reduce currency risk, South Africa has agreed to accept the Chinese renminbi’s expanded usage and added it to its foreign exchange reserves. 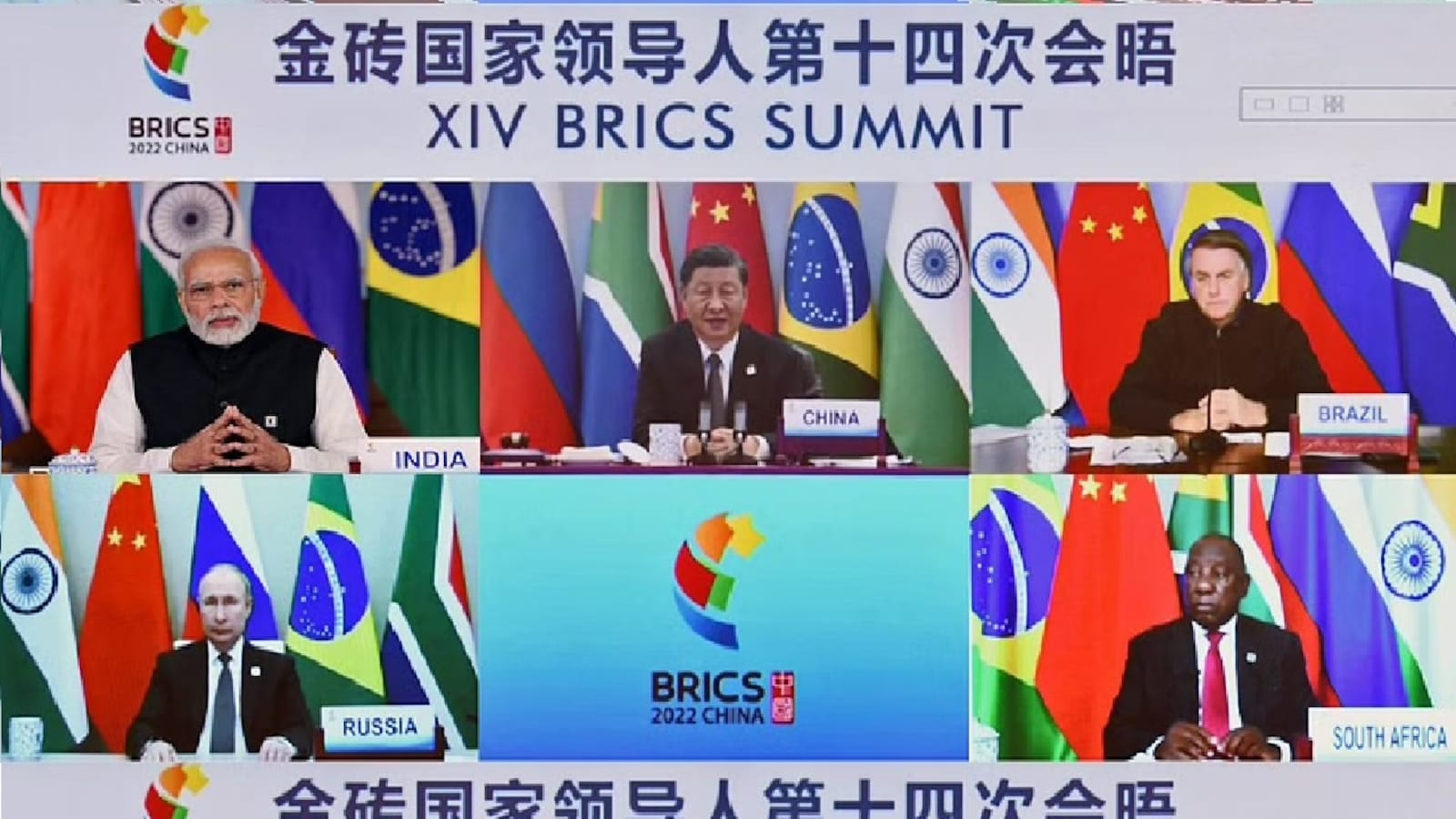 The BRICS countries have shown greater collaboration and want to overhaul the dollar-based financial system. To protect their interests resulting from their geopolitical rivalry with the US and in light of the possibility of future sanctions against them, Russia and China are leading the de-dollarization initiatives within the BRICS. India, Brazil, and South Africa have backed BRICS’ remarks that the global financial system should be changed and that there should be greater chances to encourage the use of national currencies in international commerce.

All of the BRICS nations have taken action to de-dollarize their economies and increase their financial independence. The main goal of creating a basket currency for the BRICS countries that is similar to the SDR is to challenge US dollar hegemony and expand their zone of influence and currency inside that region. The desire of the BRICS nations to transfer foreign reserves in order to expand this new area of influence is yet unknown.

All of the BRICS countries have a common interest in de-dollarization as a method to diversify their economies and lower the risk of external shocks and currency shocks brought on by the US dollar. Although the BRICS member nations seek to protect their financial interests globally by creating a reserve currency, their excessive reliance on the US dollar presents difficulties that might delay the realization of this goal.

Why are tech businesses laying off employees and slowing down their recruitment efforts?

Standalone 5G: How Reliance May Benefit