Arctic: A new study links the rapidly warming Arctic to extreme cold weather in the United States. Because of rising temperatures, cold air in the Arctic may be moving south more frequently than ever before, according to the study. Scientists believe that more data is needed to back up the claim. Here are some details.

Scientists are debating whether Arctic warming is to blame for the country’s and other parts of the Northern Hemisphere’s extreme cold conditions as deadly blizzard grips the United States, killing more than 60 people as of Tuesday and causing total disruption of normal life.

According to The Washington Post, the debate heated up after a recent study revealed how the Arctic’s rapid warming may be allowing frigid air to move southward more frequently than ever before. Scientists claim that more data is needed to reach a consensus on the claim.

Arctic: What were the study’s findings?

The study’s main focus was the polar vortex, a mass of cold, low-pressure air that frequently lingers over the Arctic region. It is referred to as a “vortex” because it rotates in the opposite direction of a hurricane.

Because the polar vortex remains strong and compact, the mass of icy air typically remains at the North Pole. The jet stream, a region of fast-moving air high in the atmosphere that surrounds the polar vortex, is sometimes affected by it as it weakens and expands like a wobbly top. Once the jet stream is disrupted, cold polar air moves toward the mid-latitudes.

The Arctic is rapidly warming, which is why the polar vortex has been expanding more than twice as frequently in recent years, according to the study.

According to the study, melting sea ice in the Barents and Kara seas north of Russia and Scandinavia, as well as rising Siberian snowfall, produce larger and more energetic atmospheric waves that eventually stretch the polar vortex, resulting in extreme winter weather in the United States and elsewhere. This was accomplished through the use of observational analysis and numerical modelling.

A similar series of events occurred in Texas in 2021 during a deadly cold storm that claimed 246 lives, according to Judah Cohen, one of the paper’s authors and a climate scientist at Atmospheric and Environmental Research (AER), according to The Washington Post.

What other research is there?

It’s not the first time that extreme cold weather in the mid-latitudes has been blamed for the Arctic’s record-breaking temperatures. The debate began in 2012, when a senior scientist at the Woodwell Climate Research Center in Massachusetts discovered that warming of the Arctic was reducing the temperature difference between the polar and tropical regions, weakening the jet stream and allowing arctic air to move south. 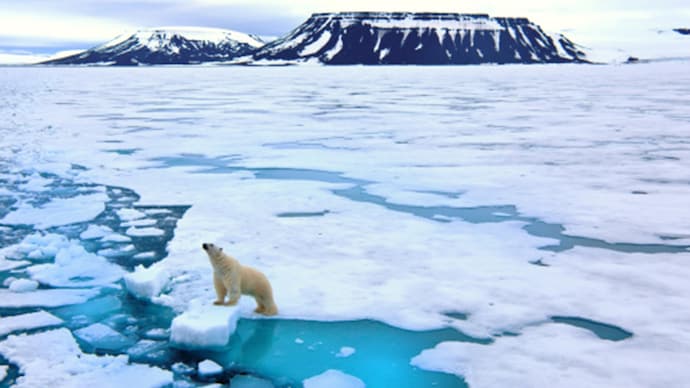 Despite the fact that this seminal study was published more than ten years ago, the scientific community still has “mixed feelings” about its claim, according to The Washington Post. Researchers believe that more data is needed to determine whether and where global warming is weakening the jet stream.

To begin it all, a few brave pioneers trudged across the tundra decades ago. The skin on one creature’s long, flat tail is said to have come off as a result of the long journey. These creatures have become more numerous than ever before, with homes and colonies dotting the tundra of Alaska and Canada. Beavers have arrived in the far north.

Although it is unclear what these newcomers will mean for the Arctic ecosystem, residents and scientists are keeping a close eye on the situation as their concerns grow.

Researchers discovered that the dams beavers build accelerate the changes caused by a warming climate. Indigenous peoples are concerned that the dams will disrupt the migration patterns of fish species on which they rely.

Beavers “really alter ecosystems,” according to Thomas Jung, senior wildlife biologist for the Canadian Yukon government. In fact, only humans may have a greater capacity to alter the landscape than they do: Before fur trappers nearly drove them extinct, millions of beavers shaped the flow of North American waters. Beaver dams influence a number of factors in temperate regions, including the height of the water table and the types of trees and shrubs that grow there.

Because beavers rely on woody plants for food and building materials for their dams and lodges, boreal forest was previously thought to be the northern limit of their range. However, due to the Arctic’s rapid warming, the tundra has become more hospitable to large rodents: Early snowmelt, thawing permafrost, and a longer growing season have all contributed to an increase in shrubby plants like alder and willow, which are essential to beavers.

Aerial photography from the 1950s revealed that there were no beaver ponds in Arctic Alaska. Ken Tape, an ecologist at the University of Alaska Fairbanks, recently discovered 11,377 beaver ponds after combing through satellite images of virtually every stream, river, and lake in the Alaskan tundra.

With all of these new dams, more than just changing stream flow may be possible. “We know that beaver dams create warm areas,” says Tape, because the water in the ponds created by beaver dams is deeper and does not completely freeze to the bottom in the winter. The warm water melts the permafrost around the pond, and the thawed ground releases long-stored carbon in the form of the greenhouse gases carbon dioxide and methane, further warming the atmosphere.

Even though beavers will not prevent the Arctic from changing due to global warming, the fragile ecosystems in the far north are especially vulnerable to the types of disturbances that beavers may cause.

In fact, according to Trinity College Dublin paleobotanist Jennifer McElwain, who wrote an article about plants’ responses to historical warming episodes for the Annual Review of Plant Biology, the tundra may be the most vulnerable ecosystem on the planet to climate change.

McElwain and her colleagues count and measure the stomata, or pores, on fossil leaves to determine how much carbon dioxide the plants breathed. She explains that in high-carbon dioxide environments, plants have larger and fewer stomata. Forests have grown in the high Arctic when atmospheric CO2 levels were higher than 500 ppm. 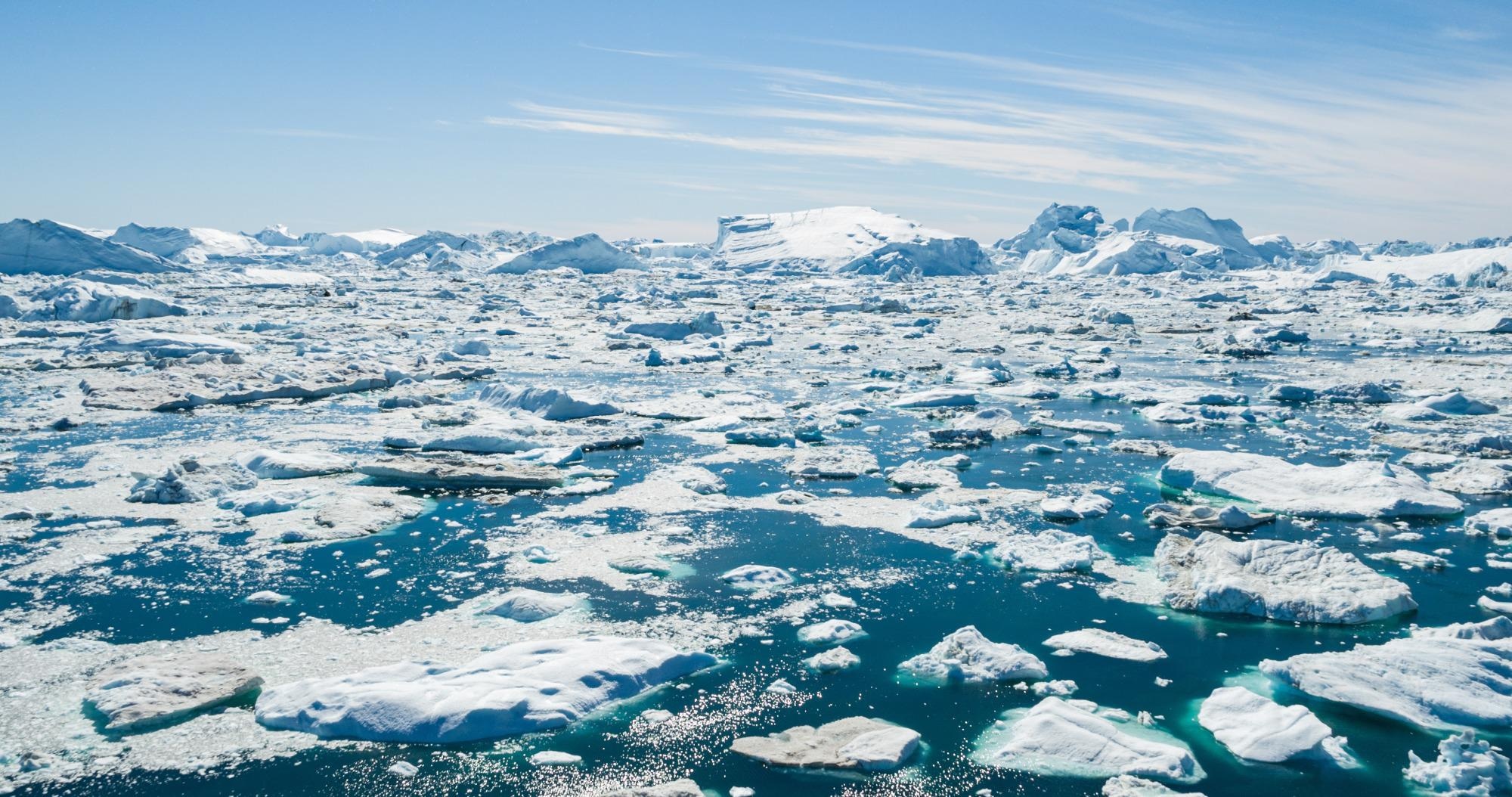 “During greenhouse intervals in the Earth’s deep past, we had forested ecosystems all the way up to 85, 86 degrees north and south latitude,” McElwain claims. At this time, there was nowhere on Earth that was too cold to support tree growth. Furthermore, where there are trees, animals that rely on them, such as beavers, can thrive.

Indeed, there is evidence that the ability of beavers to build dams evolved millions of years ago in a forested Arctic environment (see sidebar). Because heat is transported poleward by ocean and atmosphere global circulation patterns, the polar regions warmed up faster than the rest of the planet both in the past and in the present. Furthermore, given that the use of fossil fuels has increased atmospheric CO2 levels to 415 ppm and is still rising, the spread of trees and shrubs onto today’s warming tundra, as well as the spread of animals that rely on those plants for survival, appears to be unavoidable.

Climate change has caused beavers and other animals to migrate north onto the tundra, including moose, which feed on tall, dense growths of shrubs that were not present 70 years ago. Beavers, on the other hand, have a distinct impact on the landscape.

Beavers, according to Tape, should be considered a nuisance. “Moose are not their nearest living relative. It has caught fire.
Scientists like Tape are only now beginning to investigate what this disturbance means for Arctic fish and the people who rely on them.

Inupiat people living near Kotzebue in northwest Alaska first noticed beavers in nearby streams in the 1980s and 1990s. Inuvialuit hunters on the Yukon’s north slope saw their first beaver dams in 2008 and 2009. Beavers can have a significant impact on the landscapes in which they live, so seeing them in the vulnerable tundra ecosystem was concerning.

“The Inuvialuit and Inuit people that I have heard from do have some big questions about what changes will occur because of the beaver arrival in the Arctic,” Yukon biologist Jung says.

These concerns have grown as the beaver population has increased. According to Tape and his colleagues’ research on the growth of the beaver population, there were only two beaver dams on the tundra near Kotzebue in 2002, but there were 98 dams by 2019. Between 2010 and 2019, the number of dams on the nearby Baldwin Peninsula increased from 94 to 409.

However, it is unknown how the beavers will affect specific Arctic ecosystems and species.

Beaver dams in their traditional range, which before the arrival of fur trappers extended from the Pacific to the Atlantic and from the Arctic tundra to northern Mexico, provide a safe haven from predators as well as habitat for a variety of creatures, including insects, frogs, and songbirds.

Scientists now see landscape engineering as critical, if not beneficial, in some vulnerable ecosystems. In order to rebuild stream and wetland habitats, beaver reintroduction and protection efforts have been undertaken in a number of locations south of the tundra. However, in the Arctic, beavers are sometimes regarded as invasive species that threaten tundra life. Because of beaver dams, some Arctic residents already find it more difficult to go hunting and fishing; for example, they must portage their canoes around the dams.

However, researchers are only now beginning to investigate whether more serious concerns about the effects on both human and fish health are warranted. Studies are being conducted to see if beaver dams increase the risk of the parasite Giardia in tundra streams, which has been blamed on beavers, who can carry Giardia but are a less likely source of infection than humans, pets, and livestock.

The ecosystem for space tech in India reached heights in 2022, and investments of more than $300 million are predicted in 2023.