An eventful catastrophe at the securities market incurred the tradings on high alert. SEBI has barred eight entities from stock markets for indulging in speculative insider trading in the shares of the IT giant. Infosys has been a colossal company in the stock listings, and the entities were caught red-handed.

In the interim report dispensed by SEBI, while imposing the ban on the concerned eight entities, the watchdog instructed some confiscated actions on two entities- Capital One Partners and Tesora Capital. The confiscation that got handed over got declared as an illegal gain worth Rs 3.06 crore. The entities might have taken a step more in the line of trading in the scrip of Infosys. According to the information surveyed, the foremost five entities were in possession of the Unpublished Price Sensitive Information(UPSI) following Infosys financial results for the second quarter last year.

The recent eruption of series of barring events could perceive an overhauling change of big-game players from the securities markets. Infosys shares have been trading across bonkers on the exchanges, and the company’s owners came to hindsight after retracting SEBI’s order. The company released a press release on the concerned matter,” On June 1, Infosys got information on an interim ex-parte SEBI order conveying information on the involvment of two of its employees amongst other parties in the longstanding breach of insider trading protocols.”

Further complying with the seriousness of the matter, the company added that it would lend its cooperation to the SEBI‘s investigation. Infosys’ reputation and integral working process are at stake, and that’s why the board of directors will give forego to conduct an internal investigation. SEBI’s barring comes following reports of potential protocol breaches across the IT network companies over days. 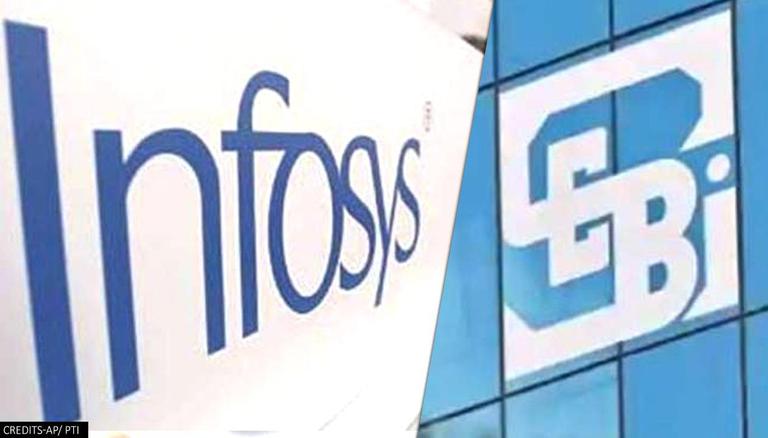 SEBI prima facie had disclosed Capital One and Tesora Capital collaborated to trade in the scrip of Infosys Future&Options segment shares. However, the discerned aspect was that the transactions took place days prior to the announcement of the exclusive results for the quarter ending on June 30, 2020. When both the entities followed the announcement of the disclosure of the financial estimates, they changed their stance to square off the net positions to zero. Through this, they were able to drift apart from the hot-headed speculation.

Capital One and Tesora Capital and its working associates are heading towards a dreadful stalling away from the speculative markets. Amit Bhutra and Bharat C Jain, the front runners of the insider trading catastrophe, had propped the orders on behalf of Capital One, and they are all set to get barred from the stock exchange. According to SEBI, the proposed breach gained the entities a colossal monetary advantage, which was unbearable considering the restrictions prevailing in the securities markets. Capital One acknowledged a mammoth figure of Rs 2.79 crore while its counterpart delivered an illegal gain of Rs 26.82 lakh.

Although the trading scrip in Infosys shares by entities prevailed during the January-October 2020 period, the significant rally or the euphoria of stocks got conceived adjacent to the dates of the corporate’s announcements of its financial tallies. The progression in Infosys across the stock markets till late last year might have been conducted to avoid overloading criticism from the regulatory bodies.

If we observe the patterns of the upheaving surge in Infosys’ valuation, we will get the conception of the trading prognosis adopted by the eight entities. However, the information regarding the others hasn’t been investigated, yet further discussions to follow. The drastically revamped surge sent confusion across the officials as to whether Capital One and Tesora Capital were comprehending the SEBI guidelines or not.

SEBI also denoted that the trading pattern has been followed for over two years, and yet the cushion didn’t get highlighted due to the indulgence of Senior Corporate Counsel of Infosys in the transactions. The matter is still under surveillance while the SEBI officials go probing deep into finding the extent of violations. The preponderance on probability basis showcased that while the examination shows partial signs of prohibition infringe in securities markets, it is still tormenting.

The discussion that prompts up while conversing about insider trading perturbation is that not only it had fabricated a notional monetary loss to the investors, but it could be a headway to causing irrecoverable damage to the securities markets. Moreover, the extent of prowess that insider trading brings needs rechecking and dictating according to the SEBI guidelines. Immediate action should get enforced against the entities to provide pretentious wariness to the securities markets. Pransu Bhutra and Venkata Subramaniam V.V Senior Principal were the two employees banned from accessing the capital markets. According to the prima facie, the concerned individuals were involved in constant telephonic conversations with the directors of the six entities. It demonstrates that entities were leaked critical and sensitive information about the company’s undertakings which enacts the violation of the SEBI Act and Prohibition of Insider Trading Regulations.

Infosys, yesterday released a statement that it has commenced an internal probe against its two employees and the roles embedded by them in the UPSI. Pransu Bhutra justifies his presence as he had a fund transaction with Mahrishi Alloys Private Limited (Mahrishi), and soon, the amount got reiterated by Mahrishi to several undisclosed bank accounts. According to rumors, the bank accounts were of close natives of the associated parties.

The question that pops up is that why the matter elongated for months before concluding. Following the announcement by Infosys on June 30, 2020, the Securities Exchange Board of India had declared a red alert after it had figured some disparities in the stock listings. The order got issued to conduct a preliminary examination on insider trading. A more deepened, thorough research got conducted to ascertain whether entities had violated the regulatory provisions.

The directors of the entities have not yet publicly disclosed their indulgence and have declined the request to comment. Until the probe goes on, the eight mentioned entities have been restrained from any kind of dealings in the securities markets, directly or indirectly, until jurisdiction. If anyone is found violating the law, then legal action will get undertaken.