Why do the parties want offices in the BMC structure? All party leaders are irate about being locked out of their offices. These positions act as a bridge between the general public and the civic administration and are distributed based on the party’s strength in the BMC.

Iqbal Singh Chahal, the state-appointed administrator and commissioner of the Mumbai Municipal Corporation (BMC), sealed the offices of all main political parties inside the BMC headquarters on Thursday, December 29, in response to the altercation between the two Shiv Sena factions.

Inside the BMC headquarters, there were offices for the Shiv Sena, the Bharatiya Janata Party, the Congress, the Nationalist Congress Party (NCP), and the Samajwadi Party (SP). The old municipal building’s ground floor contained all of these offices.

What does it mean that there are party offices in the BMC?

Representatives from all parties agreed that these offices act as a conduit between the general public and the BMC leadership. They claimed that BMC officers are less approachable than members of the public.

The Indian Express was informed by Vinod Shelar, the BJP’s secretary in Mumbai and a former corporator who served from 2012 to 2017, that elected officials lack offices inside the BMC building from which they can perform their official duties, such as reviewing the agenda for committee meetings, writing and practising speeches, identifying the issues to be discussed during the session, and drafting motions and points of order.

“Neither the ward office nor the headquarters have a specific room or workstation for the municipal corporators. As a result, they read, write, hold meetings, and interact with regular people who come to seek a solution to a number of local issues in these party offices,” Shelar said.

The former corporators claim that even though their term as officers ended in March, people continue to contact them.

“Public service is the main use of these offices. People turn to us for help with a variety of problems even after our official terms are over because corporators serve as a link between ordinary citizens and government agencies. Since the officials are not very accessible, the citizens frequently seek our advice on issues like inflated property tax bills, medical bills at civic hospitals, and land disputes. These meetings are now held in these offices, according to Asif Zakaria, a former Bandra Congress corporator (West). Since 2007, Zakaria has served as a corporator. How are the political parties given access to these positions?

Parties are given offices based on how strong they are in the BMC house. Currently, the Shiv Sena (97 elected corporators) is the party with the most in the BMC, followed by the BJP (80), and Congress (31), NCP (9), and also SP (6). The MNS has one seat, and the AIMIM has two.

The Sena and also BJP have the largest offices, each measuring about 2,000 square feet. The Congress is next (around 1,000 sq ft). Due to the fact that the NCP and SP have fewer corporators, their offices are smaller.

According to the regulations, the civic body owns the offices, which are assigned to parties based on the outcomes of each election.

“The Congress was the largest party in the 1970s and up until the middle of the 1980s. The Sena surpassed all other parties in the BMC starting in 1997, and they were given the largest office. Up until 2017, the BJP held about 30-35 seats, so our office was smaller. But after the 2017 elections, things changed, and the administration decided to give us a bigger office, according to senior BJP leader Bhalchandra Shirsat, who served as the party’s BMC group leader from 2007 to 2009.

“If the party with the most seats in the current election declines, they will be given a smaller office. According to Shirsat, corporators are receiving these offices for official use.

What is the best way to interpret the current situation then?

Surendra Jondhale, a political analyst and observer, claimed that in addition to serving as a point of contact for the public, the offices also give outside groups a chance to monitor how the BMC administration is operating.

“Elected corporators can monitor the daily operations of the BMC from the party offices, and they can also contribute to the decision-making process. Additionally, when a large number of regular people visit their elected officials, they exert pressure on the officers as well, forcing them to take the leaders’ suggestions and objections seriously because they are aware of their large following, according to Jondhale.

The offices of the political parties were previously dispersed across the first and second floors of the building, and the decision to move them to the ground floor was also taken to make them more accessible to the current general public, according to heritage architect Abha Lamba, who had taken on the work of restoration of the BMC headquarters a few years earlier. 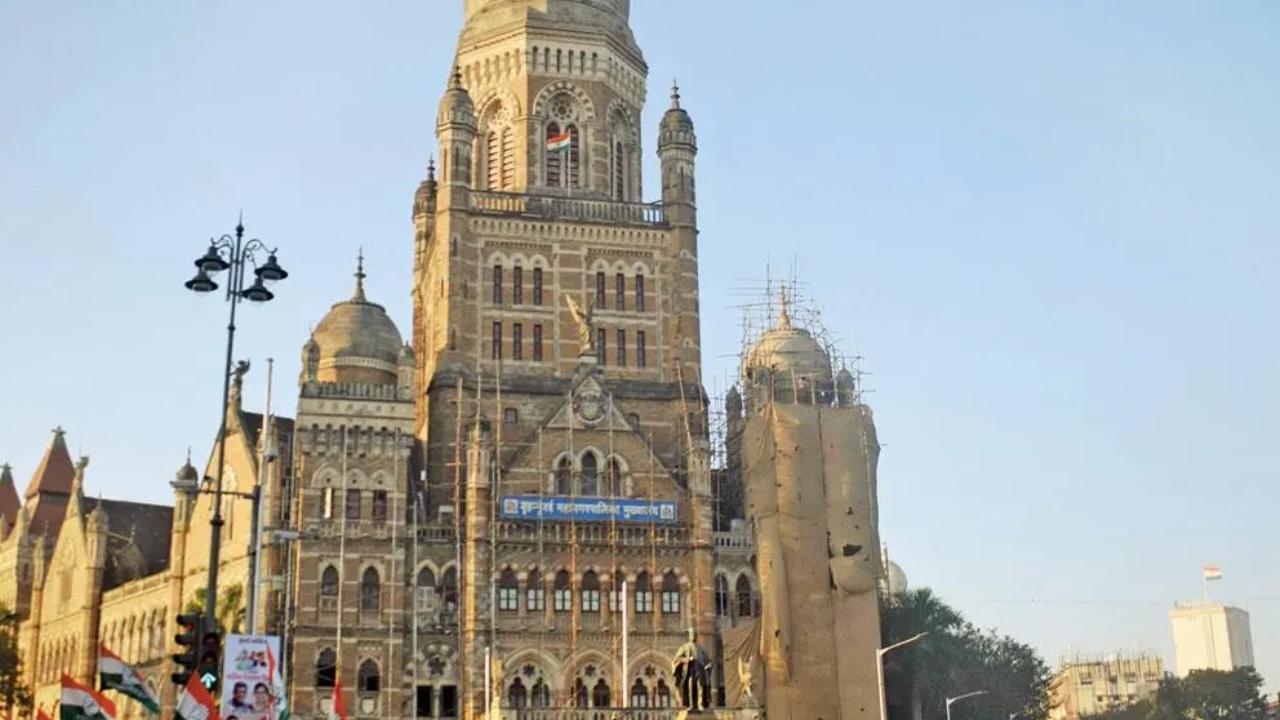 “We made the decision to move all of these offices to the ground floor during the restoration because it would make them more accessible to the public. The purpose of doing this, according to Lamba, was not to advance any political agenda, but rather to draw attention to the fact that all of these party offices were established to serve the public.

The BMC announced on Friday that it would begin offering monthly and quarterly membership passes for all pools it owns and maintains in 2023. To use BMC pools, one must currently have an annual membership.

Every member will now be permitted to bring one guest with them to a pool session, according to the BMC. Additionally, a website portal was launched to grant memberships across all BMC pools. According to a statement, maintaining transparency is the main goal of the website https://swimmingpool.mcgm.gov.in/. The procedure to sign up new members will start on January 3.

The Brihanmumbai Municipal Corporation has received a notice from the main National Commission for Protection of Child Rights (NCPCR) for cancelling the land allocation for an Industrial Training Institute (ITI) and instead giving it to Urdu Bhavan in Agripada, Central Mumbai.

Yogesh Limaye filed a complaint earlier this week, and as a result, the notice was published. After receiving a complaint, the NCPCR claimed to have published a notice because the termination of the ITI project would deny children access to education that is focused on finding employment.

Limaye stated, “On December 27, I filed a PIL in the Mumbai High Court and also complained to the NCPCR. I don’t have anything against Urdu Bhavan. However, this cancellation amounted to denying the city more ITI seats.

The new minister for skill development, Mangal Prabhat Lodha, has been informed of this, said Limaye.

According to Limaye, the change in allocation took place under the MVA administration, when Nawab Malik, a member of the NCP, served as the minister of entrepreneurship and skill development and was also in charge of minority development.

The vacant land in Agripada was designated in 2009 for the construction of an ITI, according to Limaye. The institute, however, was unable to be built because this land was set aside for the homeless. The plot’s reservation was changed to “other educational purpose” in 2019, making it possible to donate the land for an ITI.

And much to our surprise, this allocation for the ITI was cancelled and instead used to build an Urdu learning facility. The proposal was put forth by Yashwant Jadhav of the Balasahebanchi Shiv Sena and approved by the BMC (then Shiv Sena). I was approached by some residents, so I filed a PIL, and we also gave the BMC notice.

In accordance with the Commission for Protection of Child Rights Act of 2005, the NCPCR has taken cognizance of the case, according to the notice.

The NCPCR believes that the matter violates children’s education and deprives them of an employment-oriented education based on the allegations made in the complaint.

As a result, the notice stated, “The NCPCR requests your good offices to look into the situation and take corrective measures and an Action Taken Report may be submitted to the Commission within 10 days of main receipt of this letter.”

“My officers informed me that the general body of the BMC had cancelled the allotment,” said municipal commissioner IS Chahal

Social media prevents ‘profound boredom’ and that is harmful: What a new study says?

Cristiano Ronaldo joins Al-Nassr: A look at the transfer saga