It is possible because of the most significant decline in global prices since October 2008 and a strong monsoon at home. Elon Musk claims that we have “passed peak inflation” in the global economy. According to Tesla CEO Elon Musk, “inflation is going to drop swiftly” and “trending down in six months” for the pricing of commodities required in the production of electric vehicles.

What he is imagining is already taking place in food. The Food Price Index (FPI) of the UN Food and Agriculture Organization averaged 140.9 points in July, a decline of 8.6 percent from June’s level and the largest monthly decline since October 2008.

In March, the month that followed the Russian invasion of Ukraine on February 24, the FPI, a trade-weighted average of worldwide prices of important food commodities above a base period value, taken at 100 for 2014–16, reached an all-time high of 159.7 points. The most recent index reading is at its lowest level since January, before the still-waging war, when it was at 135.6 points. The FPI dropped by a total of 11.8 percent between March and July. Vegetable oils and grains have been the main drivers of this, with average prices falling by 32 percent and 13.4 percent, respectively. The vegetable oil price index has been very erratic, rising from a low of 77.8 points in May 2020, caused by the COVID demand drop, to 251.8 in March 2022, before tumbling to 171.1 in July.

Weather, pandemics, conflict, and export regulations were the four main supply-side shock factors that caused the massive worldwide food inflation that began around October 2020. The droughts in Ukraine (2020–21) and South America (2021–22), which particularly affected sunflower and soybean supply, and the heat wave in March–April 2022, which wiped out India’s wheat harvest, were among the weather-related shocks.

The supply-side effects of the pandemic were particularly noticeable in Malaysia’s oil palm farms, where migrant workers primarily from Bangladesh and Indonesia gather fresh fruit bunches. The production of the second-largest producer and exporter of palm oil in the world decreased because COVID-19 forced many of them to go home and prevented the issuance of fresh work permits.

The Russo-Ukrainian Conflict caused supply interruptions from the two nations, which exported 28.5% of the world’s wheat, 18.8% of its maize, 34.4 percent of its barley, and 78.1 percent of its sunflower oil in 2019–20 (a year without a war or drought). 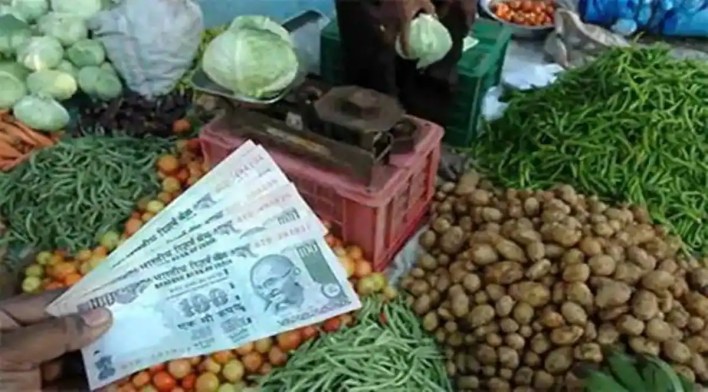 Russian export restrictions were initially put in place in December 2020 due to concerns about domestic food inflation brought on by record-breaking high temperatures. Similar moves were made in March–May 2022 in wheat by India and palm oil by Indonesia, the world’s top producer–exporter of both commodities.

All four shocks occurring one after the other within 1.5 years created a perfect storm, but it now appears to be dissipating. The restoration of exports from Ukraine across the Black Sea is its most apparent sign. After Russia began its “special military operation,” a crucial route for the world’s agricultural commerce was shut down after Russia began its “special military operation.” Unhindered supplies of Russian food and fertilizer are also included in the UN-backed accord to unblock the Black Sea trade channel. In 2022–23 (July–June), Russia alone is predicted to export 40 million tons (mt), up from 33 MT in 2018.

But it’s not just Russia and Ukraine. Since late May, Indonesia has removed its restriction on the export of palm oil. This is taking place as big soybean crops are about to be harvested in the US, Brazil, Argentina, and Paraguay. 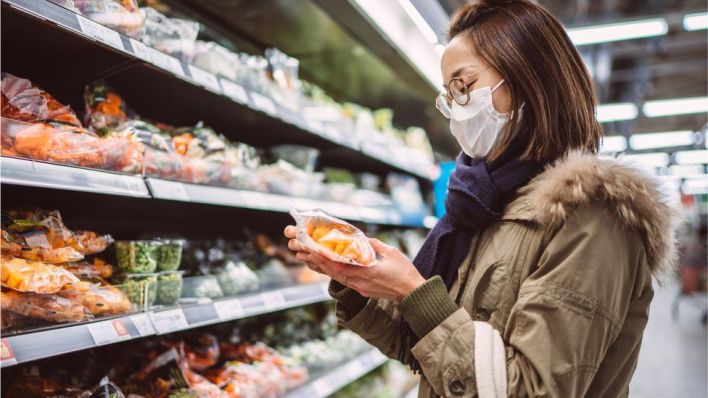 Aside from local factors, there are international grounds to anticipate a significant decline in food inflation. The southwest monsoon is the most significant. From June through August 7, the season’s total rainfall was 5.7 percent more than the long-term historical normal for this time frame. Except for Uttar Pradesh, Bihar, Jharkhand, and West Bengal, nearly all agriculturally significant areas have so far gotten decent rainfall.

With a low-pressure region emerging over the northwest Bay of Bengal near the coastlines of Odisha and West Bengal, and another one predicted for later in August, the outlook for the upcoming days is similarly promising.

During this Kharif (monsoon) season, above-average rainfall in the South Peninsula, Central, and Northwest India has increased the amount of land planted for most crops. The chart lists the exceptions as groundnut, legumes, and rice (transplanting has been hampered by insufficient precipitation in the Gangetic Plain states) (their area being diverted to cotton and soybeans that are fetching better prices). However, as of July 1, the amount of rice in government godowns was 47.2 mt, which was 3.5 times the 13.5 mt “buffer” that was required. This should make the total rice issue manageable, as well as the fact that paddy is planted during the rabi (winter-spring) season as well.

The same is true of pulse availability. In wholesale mandis, chana (chickpea) is being sold for between Rs. 4,400 and Rs. 4,600 per quintal, which is less than its minimum support price of Rs. 4,400. As opposed to 2.2 million tonnes and 25,000 tonnes respectively a year ago, government agencies now stockpile almost 3 million tonnes of chana and 100,000 tonnes of masaur (red lentil).

See also  Ease of the lockdown might result in improvement of both demand and price of oil.

International exportable surpluses for both pulses are also up by roughly 0.5 mt each over last year, largely from Canada and Australia. The estimated 0.3 mt of urad (black gram) inventories in Myanmar at the end of July represent an increase of 0.1 mt over the previous year.

“Less land, low government inventories (0.1 mt vs 0.4 mt last year), and a lack of further exportable supplies might produce challenges in arhar (pigeon-pea)” (from Mozambique, Tanzania, Malawi, and Myanmar). But the Narendra Modi administration’s decision to extend the deadline for duty-free imports of arhar, urad, and Masur until March 31 will help to maintain a lid on total pricing, according to a source in the business.

Overall, there are strong local and international arguments for India’s food inflation to “trend down,” even if not “reduce swiftly.” Edible oils are already exhibiting this. The monsoon’s increased soybean and cotton output ought to increase the supply of oil cakes.

These are important components of animal and poultry feed, together with maize. A favorable monsoon would result in more food and water for animals, which would help lower the cost of livestock inputs and inflationary pressures on milk, eggs, and meat.

The country’s largest reservoirs currently have water levels that are 25.1 percent above average storage for the past ten years and 5.9 percent higher than a year ago. The rabi crop might also benefit from groundwater recharge if the monsoon performs well in the second half (August–September). Furthermore, if there are no new setbacks in the Black Sea, the Reserve Bank of India’s monetary policy council might not need to raise interest rates any further.