India, Italy and Japan entered into a trilateral partnership recently. This partnership will establish stability and global order in the Indo-Pacific region. This trilateral agreement was inaugurated via a virtual meeting by the Ministry of External Affairs MEA, embassies of Italy in Tokyo and New Delhi and the foreign ministry of Japan. It also included ambassadors of the three nations. According to Mr. Das, Indian and Italian views coincide with the Indo-Pacific vision. India has urged Italy to support the India centric EU strategy for collaboration in the Indo-Pacific region. Italy and India want to take on the world by leading the global value supply chains.

Because of this “flight mode” that India has bargaining power globally, it has strategic partnerships with key countries. It is India’s engagement policy with the Arabs that they did not raise their voice against India in UNGA when article 370 was abolished.The Italian initiative is remarkable because Italy was absent from the Indo-Pacific geography for a long time. Italy was concentrated more on Atlantic and European dynamics while maintaining below potential relations with India. 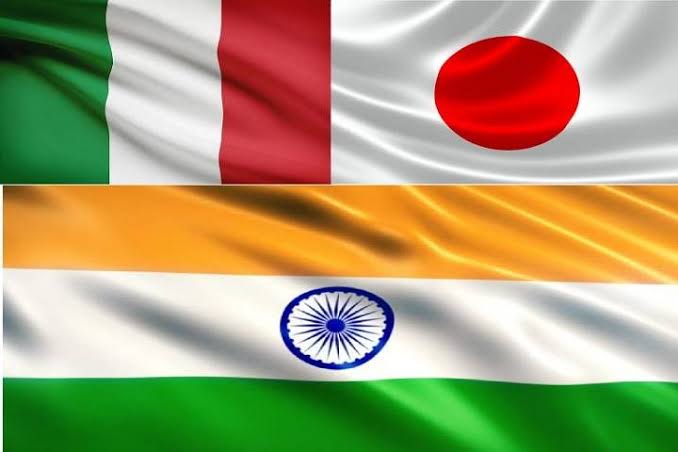 What is the reason behind the Italian interest in the Indo Pacific region?

The Italian government, headed by Mario Draghi, is starting to pay attention outside its close neighbours. The sudden growth of Italian interest in the Indo Pacific geopolitics also owes itself to the first wave of coronavirus pandemic in Italy. There is a popular saying known as once burnt twice shy; the Italian government is the first burnt here. We all remember our first lockdown, which started in March 2020. The international section of the newspapers was filled with deaths in Italy. Lombardy, the Italian city which is famous for its world-class health infrastructure, was badly hit. Newspapers recorded ten thousand plus deaths every day in Italy.

Internet was full of images that showed makeshift hospital beds on Italian streets. The Italian government urged the world not to take Coronavirus lightly because it had gone out of control. The Chinese reluctance on investigation and search of Wuhan labs raise suspicion. The labs of Wuhan are infamous for deliberately manufacturing Coronavirus and spreading it into the world. World communities and organisations are deeming this act as an attempt to induce biological warfare. Italy is bound to be cautious, angry and against China.

It is after a long time that the Italian government has started voicing threats and risks that China poses due to its strategic competitive initiatives. Xi Jinping, in the centenary celebrations of the Communist Party of China, warned the world that whoever aims to subdue the Chinese will face its wrath. The Chinese government under Xi Jinping believes in expansionary policies and are manifesting it in the form of various initiatives that pose a risk to peace, stability and free trade like the Belt and Road Initiative BRI. 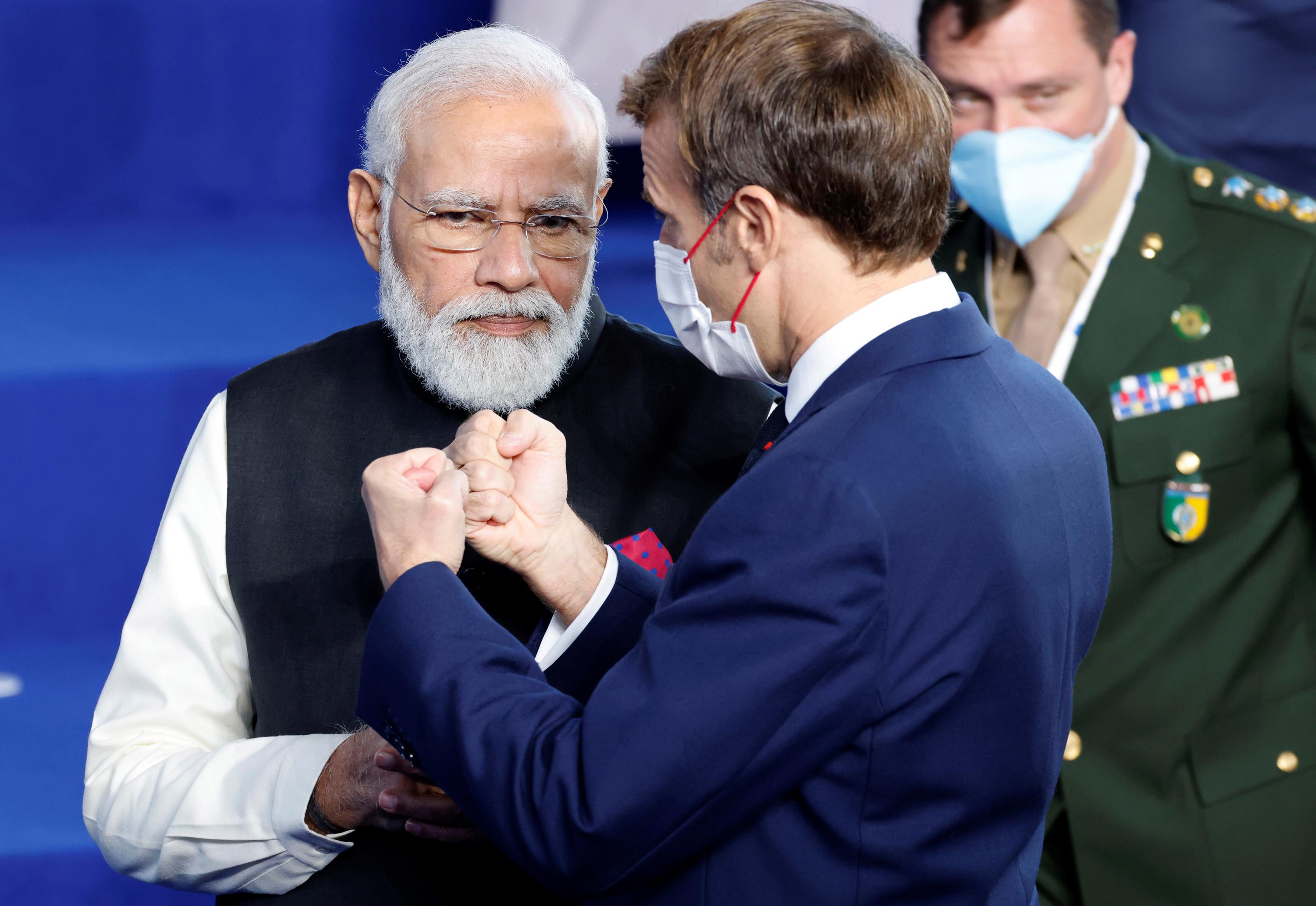 Italian Prime Minister Mario Draghi invited the European Union EU to be open and vocal against unfair competitive practises of the Chinese and courageous while confronting Beijing on violating human rights. The Uighur Muslims in the Xinjiang region are under mass surveillance, incarcerated without trial and placed in internment camps for indoctrination. They are being used for prison labour in the name of re-education through labour programmes.

What is the Indo-Pacific region, and why it is essential?

Indo Pacific region is a recent concept; it involves the Indian Ocean and the Pacific Ocean, which are a stage for international drama. The word is out that the 21st century is of Asia. Because the Indian Ocean and the Pacific Ocean are maritime routes, they provide sea lanes, and the majority of the world’s trade passes through these same oceans. So logically, any country which touches this area is an important stakeholder in this international theatre.

Countries that do not touch this area need not be deprived of it and can pull strings and favours to become a key stakeholder of this theatre. During the Cold War, when India was not an important and influential member nation, this region was known as Asia-Pacific. The change of nomenclature is in itself proof that India is the new hero of the theatre. The Indo-Pacific region comprises four big economies, namely the US, India, China and Japan. India sees the Indo-Pacific region as an open, inclusive and integrated space.

India has repeatedly emphasised strategic interconnections, shared opportunities and challenges of the region. The US sees it as a free and open region, meaning that rules and regulations will ensure that no country tries to monopolise this region, mainly China. The ASEAN countries who are strong only when united see it as a stage for the shared power play. ASEAN countries not only bring China in but also make it a key player. 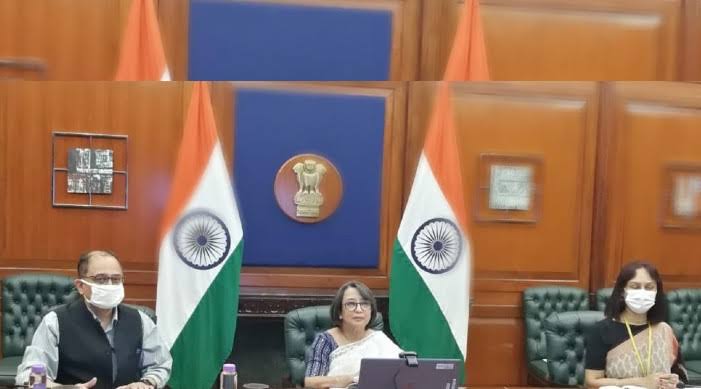 What is Indian importance in the region?

India is essential in the region for several factors; the main aim is US, Australia, Japan, and Indonesia want Indian presence to counter the growing Chinese dominance. China has been trying to monopolise and control the region by initiatives like the South China Sea issue, string of pearls, BRI etc. India has many reasons to subdue the growing Chineseinfluence in the region because China has left no nook and corner to bully India internationally. It is a fact that China rallies behind Pakistan to rattle India; its belt and road initiative will cocoon India; China has repeatedly restricted Indian entry in the RECP, NSG, India, and China had a military stand-off at Doklam and a skirmish in Galwan Valley etc.

Even after these events, India still believes that Indo-Pacific is a free and open region. India does not conform to the US definition of the Indo-Pacific region, which eliminates China and aims to democratise the region so that everyone can benefit from it. Earlier, the Indo-Pacific region was a private adventure park for America which will now become Chinese. India does not want any domination; hence is joining hands with Australia, France and Indonesia. ASEAN countries are important for India and Indo-Pacific region owing to India’s Act East policy. According to international law, every country in the area must have equal access for everyday use. It includes freedom of navigation, commerce and peaceful settlement of disputes according to international law. Imbibing Maritime Domain Awareness MDA is important for the Indo Pacific region so that any activity does not affect the environment, security and economy of the region.