Let us talk about funding. Funding, as we know is an important, actually the most important part of the life of a startup. It is through various rounds of funding, that a startup, or maybe a company grows and expands. Investors keep a close and a keen eye on the startups and their working, and the ones they find potential, they further plan their investments accordingly.

Funding of a startup

Let us now talk about the funding of a startup that has been in the news recently even for some of the changes it bought. The startup, Ola Electric, has raised funds worth more than USD 200 million, as announced on September 30, 2021. This round of funding was led by Falcon Edge, SoftBank, and others. The value of the startup post this round of funding has increased to USD 3 billion.

The startup, which is an electric vehicle arm of a ride-sharing startup, Ola Cabs, plans to use the funds raised in accelerating and increasing the development and production of other vehicle platforms like electric motorbikes, mass-market scooters, and electric cars.

Founded by Bhavish Aggarwal, Ola Electric Mobility is an electric two-wheeler manufacturer. The plant of this startup is based in Krishnagiri, Tamil Nadu, India, and the headquarters are in Bengaluru, India. Ola Electric Mobility was established in the year 2017 as a wholly-owned subsidiary of ANI Technologies, which is the parent of Ola Cabs. Then in the year 2019, Ola Electric was separated as a separate identity, and Bhavish Aggarwal, the founder bought the stake in the startup. The startup was recently in the news when it built its Futurefactory, which is the world’s largest two-wheeler factory. The factory has completed the construction of Phase 1 of the factory and is currently undergoing production trials. The announcement made by the factory that it will be run by all women has received much appreciation that it working towards the employment of women, making sure that the women of the country rise and contribute their bit towards the economy and the GDP. It will be having an overall of 10,000 women employees.  Claims have been made by the startup, that the factory has been built within a span of 6 months.

The mission of Ola Electric Mobility is that after the year 2025, there will be no more petrol two-wheelers sold in our country. This mission has been put forward to the industry and to the consumers to reject petrol and to fully commit to electric. The startup further says that it is time for the country to lead the way in electrification and build technologies for the future, here in India for the entire world. The startup accepts that it won’t be an easy task, but everyone needs to be together in this because the climate needs it, the world wants it, and we deserve it. It was launched on August 15, 2021, and the startup has claimed that it has already sold more than USD 150 million worth of electric scooters in the first purchase window. According to the startu, Ola Electric has sold more than INR 1100 crore worth of scooters on September 17, 2021, which was the second day of two-day sale in which the first electric scooter range consisting of S1 and S1 Prog Models were offered by the startup.

On the first day of the sale, around INR 600 crore were collected through sales and the startup claimed that it sold four scooters every second in the first 24 hours. The startup is under the plans that it will open the next purchase festival on November 1, during the festival of Diwali.

The sales have been made through both online and offline mode, and it is expected that the deliveries will begin from October in 1,000 cities and towns.

On May 27, 2020, Ola Electric acquired Etergo, which is an Amsterdam-based EV startup. This was done to launch its own line of electric scooters in the year 2020.
In December 2020, an announcement was made by the startup to set up its manufacturing plant in Tamil Nadu, at the cost of INR 2400 crore, which are almost equal to USD 340 million. This was done after a memorandum was signed with the Government of Tamil Nadu.
In January 2021, the startup acquired 500-acre land in Pochampalli, and in February, the construction work began.

Founded in the year 2010, Ola Cabs is a multinational ride sharing company which is engaged in offering services like vehicles for hire and food delivery. In January 2018, the company started its operations offshores in countries like Australia and New Zeland. In March 2019, it introduced auto rickshaws in UK, thus starting the operations there. More than 10,000 drivers registered for it on both online and offline mode, and then in February 2020, Ola started its taxi hailing service with registrations from more than 25,000 drivers. The key people in the company are the CEO- Bhavish Aggarwal and CTO- Ankit Bhati.

Ola is planning to go public through IPO (Initial Public Offering), worth USD 1.5 billion. It has started the work on it by employing investment bankers and lawyers. Bhavish Aggarwal currently holds 7.9% share of the company.

Born in the year 1985, Bhavish Aggarwal is the entrepreneur and the co-founder of Ola Cabs. He was born in Afghanistan and was bought up in Ludhiana, Punjab. He has done his engineering in the year 2008, in Computer Science from Indian institute of Technology, Bombay. Post which, he started he joined Microsoft Research India as a Reserach Intern and later got promoted to Assistant Researcher. He was with Microsoft for two years. He has been awarded the ET Awards, Richest of the year in the year 2017. In the year 2018, he has been included in the Times Magazine’s 100 Most Influential People. 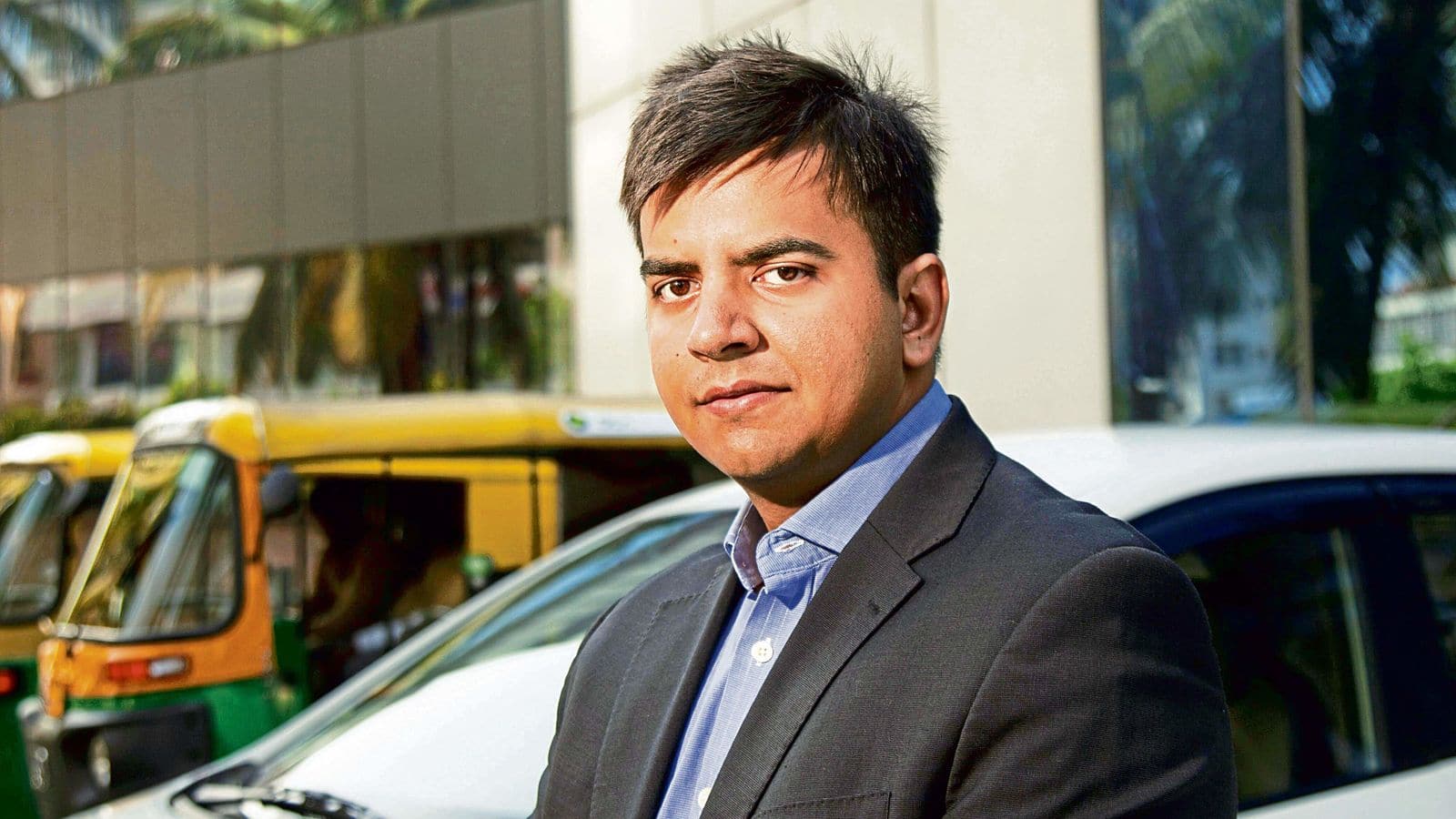 Headquartered in New York,United States and founded in the year 2012, Falcon Edge Capital is a diversified, global, alternative asset manager. It manages a variety of investment partnerships that cover a number of asset clases, themes, and geographies. The team consists of experienced investment professionals with diverse and differentiated expertise across sectors, industries, and geographies.

What has been said about the funding deal?

Bhavish Ahharwal, who is the co-founder and the group CEO of Ola, made a statement saying that India has abundance of talent and capability to build technology of teh future for the industries of the future for the entire world.  He further thanked the existing investors and welcomed new ones to Ola. He said that together they will bring mobility to a billion and sustainability to the future.

Ola Electric Mobility is working for the need which will arise in the future. It is working towards a greener and a safe earth. We can wish the startup a good luck and a bright and a successful future.

Tax Time: The modern rule of taxes for freelancers in 2021