Ambuja, ACC to be acquired by Adani Group for $3.8 billion

After Holcim Ltd. sold its majority stake to Adani Group in May, the conglomerate received regulatory approval to make an open offer for the remaining shares in two cement makers in India.

It is anticipated that Gautam Adani’s group will offer to buy 26% of Ambuja Cements Ltd. NSE 2.65 percent. People familiar with the development, who declined to be identified since the information is not public, said the company got approval from the Securities and Exchange Board of India to purchase shares of ACC Ltd NSE 1.21 % for Rs 385 each.

SEBI and Adani Group representatives did not respond immediately to a request for comment. 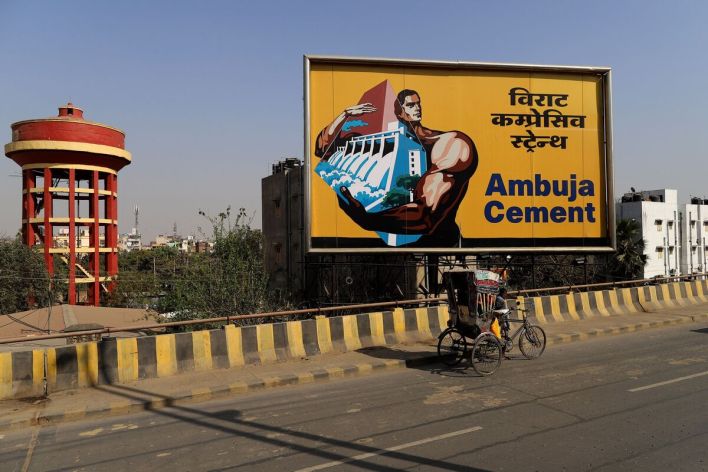 Adani is being advised of the open offer by ICICI Securities Ltd. and Deutsche Bank AG.

In a market that is extremely fragmented and competitive, the Holcim deal will rapidly propel Adani to become the second largest cement producer in India.

About Ambuja Cements, Holcim once again sold its 63% stake to Adani Group in May, which stated then that it planned to invest about $10.5 billion in stake purchases and open offers for the company and related entities.

Aside from buying Holcim’s direct 4.5% stake in ACC, Adani will inherit Ambuja’s controlling stake in ACC.

In the country’s Northern Province, energy and power minister Kanchana Wijesekara announced on Wednesday that Sri Lanka has approved two wind projects for an investment of over USD 500 million by Adani Green Energy. During a meeting with officials of the CEB and SDA on Tuesday, Wijesekara examined the progress of projects related to renewable energy.

See also  Why Is the NEET Exam A Problem Every Year? Mannar and Pooneryn will host the projects, he said.

To discuss the progress of renewable energy projects, I met with officials from the CEB and the Sustainable Development Authority today.

Wijesekara said two wind projects with a combined capacity of 286MW, and 234MW in Pooneryn, have been approved provisionally.

Investing in Sri Lanka’s energy sector in crisis-hit Ahmedabad is the first official confirmation of its involvement.

A total of 21 projects that have been delayed by CEB Act amendments will enter into PP agreements next week. Another tweet from the minister said that 26 renewable proposals from EOIs that received Provisional Approvals would be evaluated within 30 days after receiving Grid clearance and transmission plans.

According to a senior CEB official, the Adani is also exploring the possibility of investing in Sri Lanka’s energy and wind sector, which it developed and operated in September last year at the Western Container Terminal of Colombo Port. As part of his company’s deal with the state-owned Sri Lanka Ports Authority (SLPA) to develop and manage the Western Container Terminal (WCT) of Colombo Port, Adani Group chairman Gautam Adani met with then Sri Lankan President Gotabaya Rajapaksa and ex-Prime-Minister-Mahinda-Rajapaksa the day after the comments.

“The Adani Group will explore other infrastructure partnerships in addition to developing Colombo Port’s Western Container Terminal. I was privileged to meet President @GotabayaR and PM @PresRajapaksa. Adani tweeted that India and Sri Lanka have centuries-old historical ties.”

Eastern Container Terminal (ECT) is being contested by local port unions due to the Adani Group’s bid for control. To cancel the tripartite ETC agreement with India and Japan, the Sri Lankan government offered the WCT.

See also  Why is the Government Privatizing Public Sector Banks? As the Bank Strike gains more momentum, here's looking as to what is at stake in 2021.

Almost everyone was surprised to see Adani Group enter the spectrum auction. Following the arrival of the Adani Group, the market sentiment quickly changed, and people began to question Airtel and Jio’s authority. With Adani Group’s wealth, some thought it might even be able to emulate Jio’s success. That’s not so simple, is it?

By transforming the way Indians consume telecom services, Jio made the impact it did on the market. There was more to Jio’s success than just the money it had; it was also the strategy it adopted in the consumer space that helped it stand out from the competition. Here, Jio was playing a scale game with consumers. At the moment, Adani Group is focused on capturing revenue from the enterprise sector rather than the consumer sector.

As a result, the company would never have been able to justify bidding heavily for a ton of spectrum. Spectrum prices are often quite high, especially when they are high. Airtel, Jio, and Vodafone Idea have already shown what the Adani Group can do with the 5G spectrum. A good brand alone will not entice enterprises to use Adani Group’s services; it needs to have proof of its technology, which it does not have at the moment. With the trial spectrum Jio, Airtel, and Vi have received, they have been able to develop applicable use cases for the Indian market and businesses. Therefore, the telcos are way ahead of the Adani Group in terms of early mover advantage. Adani is also a relatively new name in the telecom industry. Even big brands have trouble navigating the telecom space, even if they are a big brand.

The Adani Group will not automatically add users to its portfolio if it plans to enter the consumer market one day. It would be difficult for the Adani Group to build a subscriber base without doing something new. It would not be enough to offer tariffs similar to Jio, Airtel, or Vodafone Idea. It would also need to provide strong network services like Jio did, in addition to offering incentives.

5G SA can be the focus of Adani Group

Taking a fresh approach to 5G SA could be an advantage for Adani Group compared to its competitors. Airtel and Jio will be the company’s main competitors in the Indian telecom sector. Eventually, Jio will be listed on the Indian stock exchanges, allowing for more rapid investments and a boost to its money. Meanwhile, Airtel is creating a network ecosystem based on its mobile network that will be hard to match.

There is no way Adani Group can accomplish what Jio did. The market and the time were different. In the telecom sector, the Adani Group will likely play a passive role. Looking forward to seeing how the group plans to change things when it goes on offense!