ICICI Bank has been threatening HDFC Bank’s leadership quarter after quarter as the latter has shown consistent earnings growth.

Even in the March quarter, ICICI Bank’s earnings were above market expectations, while HDFC Bank’s fell short. Analysts decreased their target prices on HDFC Bank following the results while upgrading or maintaining their targets on ICICI Bank.

Let’s go to independent market analyst Ajay Bodke to learn more about what’s going on with ICICI Bank. However, there are a few measures that investors should keep an eye on in both banks to determine the winner.

Economists forecast HDFC Bank is rising 45 per cent and ICICI Bank rising 42 per cent over the next year from an investing standpoint. Emkay Global believes that ICICI Bank can maintain its lead over HDFC Bank if its core performance is maintained and the top management premium is realized.

JPMorgan warns that ICICI Bank’s re-rating potential has been exhausted, with the lender’s valuation gap with HDFC Bank nearly nil.

In the short term, ICICI Bank is well-positioned to remain in the driver’s seat within the banking pack, as HDFC Bank faces de-rating due to slowing growth.

On the March quarter show, ICICI Bank was a top pick. 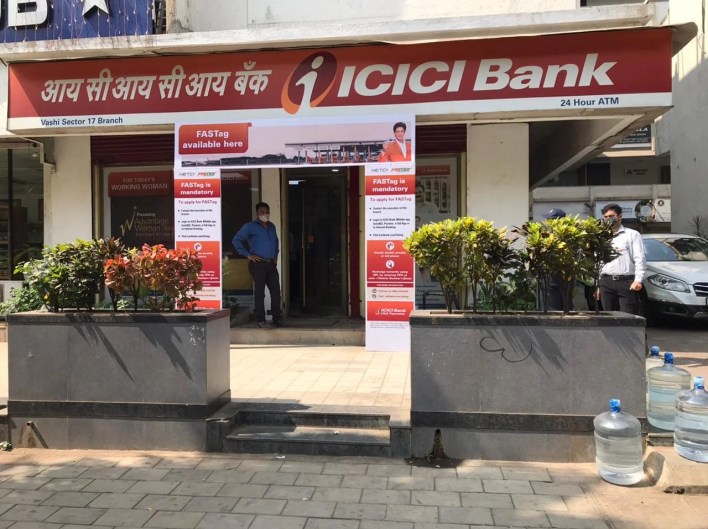 On Tuesday, investors will pay close attention to global market indications to determine market direction. Furthermore, volatility is projected to surge ahead of the monthly F&O expiry. The significant firms to announce their March quarter results will include AU Small Finance Bank, Bajaj Finance, and HDFC Life, among individual shares.

After the lender posted better-than-expected March quarter earnings, brokerages maintained a bullish perspective on the company, with some even upping the target price on the shares.

With a target price of 930, JP Morgan has maintained its overweight rating on ICICI Bank. Others have given the stock a buy rating, including CLSA, Nomura, Goldman Sachs, UBS, Kotak Institutional Equities, Bank of America Securities, and Jefferies.

On Monday, ICICI Bank’s stock rose 0.73 per cent to $752.80. CLSA stated, “The bank continues to generate high growth and profitability, and it deserves a premium multiple relative to the sector and its previous multiples.” Even as the bank increased its contingent provision buffer by INR10.25 billion, ICICIBC reported an overall improvement in operating performance, with core PPOP up 21% YoY (excluding dividends), margin improving by four basis points QoQ to 4%, and robust asset quality driving a sharp decline in credit cost. In 4QFY22, the bank recorded an RoA/RoE of 2.1 per cent/17 per cent. Retail, SME, and Business Banking are leading the way in business growth, with a 17 per cent YoY and a 6 per cent QoQ increase. In 3QFY22, RoE surpassed 15%, and in 4QFY22, it increased by 170 basis points. While the stock has performed well compared, current values give plenty of room for a re-rating.

As ICICIBC continues to offer outstanding return ratios and growth, the company is well-positioned to undergo a rapid re-rating in FY23, providing solid returns for investors. In FY24, we anticipate the bank to generate an RoA/RoE of 1.9 per cent/16.3 per cent. Our top option in the sector is ICICIBC.

Cyient is the subject of an ICICI Securities research study.

Citec, a prominent plant and product engineering services firm in the Nordic region serving customers in the energy (gas and renewables) and mining industries, has announced its intention to buy Cyient for EUR94 million (US$101 million). Citec’s revenues of EUR80 million (US$86.3 million) are similar to 14% of Cyient’s revenues in FY22. Citec has a market capitalization of EUR94 million (US$101.36 million).

This equates to 1.2x Citec’s CY21 revenues and 6.3x CY21 EBITDA (reported), which we believe is a reasonable valuation. The debt on Citec’s books (EUR27 million) will be retired before the acquisition’s completion and is included in the overall cost of EUR94 million. Cyient has a total cash balance of Rs1.2 billion.

How ICICI Bank Overcame HDFC Bank On These Important Metrics 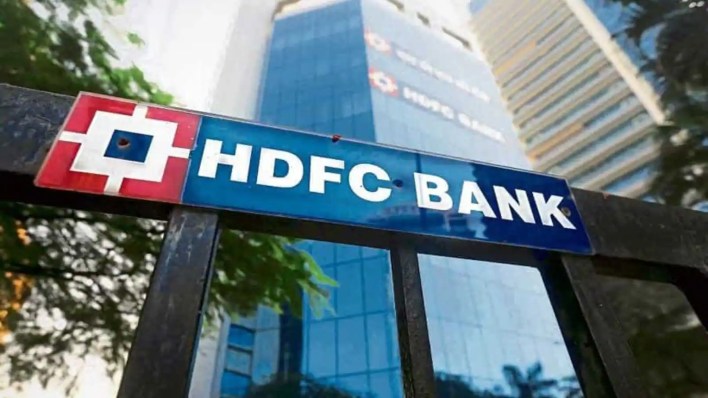 For decades, India’s two major private lenders have been biting at each other’s ankles. If ICICI Bank Ltd. led India’s retail growth story in the late 1990s and early 2000s, HDFC Bank Ltd. was the clear choice for more consistent performance in the post-financial-crisis period. It’s looking more and more like ICICI will have its day in the sun once more. The two lenders’ major KPIs have converged due to their fourth-quarter earnings. ICICI Bank is catching up to HDFC Bank, which has led for years. According to Macquarie analysts, ICICI Bank might be the “next HDFC Bank,” suggesting it could be the new “best in class.”

See also  HDFC Bank Customers Face Another Intermittent Issue in Digital Banking. Is the severity of the outages impeding the growth of India's largest private lender?

Net interest margins are one significant statistic where ICICI Bank has caught up to its larger counterpart. The difference between the interest earned and the interest paid by a bank is the yield. Expressed, it measures how effective a bank’s lending is and feeds into the bank’s net interest income or core revenue. The final NIM is determined by several factors ranging from loan mix to non-performing assets. ICICI Bank’s NIM has consistently improved over the last three years, rising from 3.19 per cent to 4 per cent. HDFC Bank’s NIM, on the other hand, has dropped from 4.40 per cent to 4%. 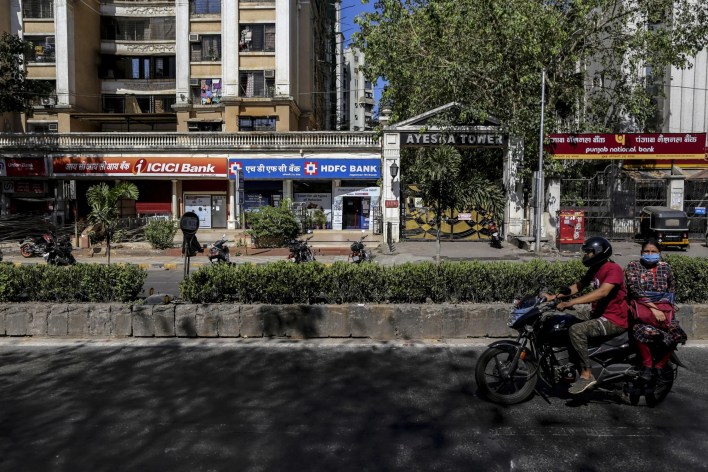 What’s different now? Good traction in ICICI Bank’s planned expansion areas has been one aspect. During the epidemic, ICICI Bank built its retail book more aggressively than HDFC Bank. Mortgages have accounted for a large portion of this growth. Retail loans account for 43.8 per cent of ICICI Bank’s loan book, excluding rural lending. The retail loan book of HDFC Bank is at 39%.

Furthermore, ICICI has cut its lower-margin overseas business to less than 10% of its portfolio. The change in loan mix has boosted margin growth. “Ex-rural retail growth was strong at 20% a year, led by secured mortgages and unsecured cards/personal loans.” SME and business banking has seen considerable growth, albeit from a low base, “According to a report released on Monday by Anand Dama, a senior research analyst at Emkay Global Financial Services. “As a result, NIM improved 16 basis points each year to 4%, with domestic NIM at an all-time high.” “f 4.1 per cent,” says the author.

In a rising interest-rate scenario, we anticipate further opportunities for margin expansion given ICICI Bank’s sustained concentration on high-margin retail, SME, and business banking portfolios, as well as a more significant share of floating rate book at 70% (41 per cent and 22 per cent being repo- and MCLR-linked, respectively). – Anand Dama, Emkay Analyst

According to Ashutosh Mishra, head of research-institutional equity at Ashika Stock Broking, Financial Services Around the World, Three reasons contributed to the convergence in margins. Among them are:

ICICI Bank has steadily improved its deposit mix and enhanced its loan mix. As of the fourth quarter, the bank’s share of lower-cost current and savings account deposits had climbed to 45 per cent. This is also comparable to HDFC Bank, which has a CASA ratio of 48%. Increasing Asset Return and Equity Margin improvement have resulted in a higher return on assets and equity. The former indicates how profitable a bank’s assets are, whilst the latter means how well shareholder funds are used. Both indicators have settled at higher levels for ICICI Bank, which has undergone oscillations over the years. They are currently equivalent to HDFC Banks.

The bank’s return on assets and return on equity have risen as a result of robust loan growth, decreased non-performing assets, improved operating earnings, and a solid deposit franchise. According to Dama, the bank’s return on equity may grow to 16-17 per cent. This is predicated on the projected 19-21 per cent robust credit growth, more substantial margins, and decreased loan loss provisions. “Any one-time benefits from the ICICI Lombard stake sale to meet regulatory rules could prop up RoEs even further,” Dama said. ICICI Bank would be able to deliver a return on equity of 16.3 per cent by FY24, according to Motilal Oswal.

ICICI Bank has also managed to bridge the valuation gap with the largest private sector bank as crucial metrics have improved. ICICI Bank’s shares have increased to Rs 755 per share, up from a crisis low of Rs 287 per share on April 3, 2020. From Rs 814 apiece to Rs 1,370 today, HDFC Bank has enjoyed more modest increases. As a result, ICICI Bank’s price-to-book ratio has increased more slowly, from Rs 814 per share to Rs 1,370 per share.

The Valuation Gap Between ICICI Bank and HDFC Bank Has Narrowed

Improved management may also have a positive impact on ICICI Bank’s valuations. “ICICI Bank has consistently outperformed peers on all business indicators under Sandeep Bakhshi’s leadership, and has weathered the asset quality storm during Covid while being heavily invested in retail.” “A unique management approach to focus on profitable growth has resulted in all-time high margins, RoA, and RoE for the bank,” Dama stated.