The entire process began in China in the second part of 2019. Even though it’s been going on for three years, the current coronavirus epidemic in the United States is the worst one ever recorded. Until December 7, the country implemented the Zero Covid-19 approach, which included widespread quarantines, extensive screening, and strict travel limitations.

China is now experiencing hospital overcrowding and overflowing crematoriums due to a wave of coronavirus illnesses that have emerged from the unrestrained mixing of individuals during the past few weeks. However, as in the past, the concern for the rest of the world is that what happens in China may not stay in China.

For example, India is worried that the spread of mutant variations in the neighboring country may result in a new wave of diseases. Three waves of the epidemic have affected India thus far, with the second one—which was brought on by the Delta variety of SARS CoV 2—proving to be the worst.

Since a few months ago, the epidemic in India has subsided to a manageable level; for now, there are just slightly more than 3,400 current illnesses there.
One million new COVID-19 infections are reported every day in Zhejiang, a significant industrial province in China close to Shanghai; this figure is projected to rise over the coming days.

China reported no COVID deaths on the mainland during the five days up until Saturday, according to a report released on Sunday by the Chinese Center for Disease Control and Prevention, despite a record-breaking rise in cases across the country. 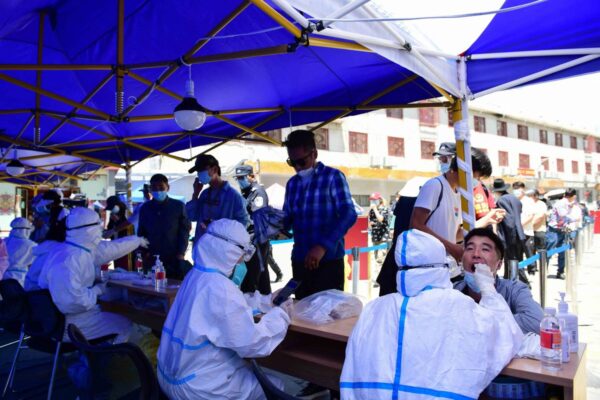 As infections increased following Beijing’s radical revisions to the zero-COVID policy that had subjected hundreds of millions of its inhabitants to constant lockdowns and devastated the second-largest economy in the world, citizens and experts demanded more accurate data.

As the National Health Commission ceased reporting asymptomatic illnesses, making it more difficult to track instances, national statistics from China had become insufficient. The China CDC then released the data after the commission ceased releasing daily results on Sunday. Zhejiang is one of the few regions that can estimate recent spikes in infections, including instances without symptoms.

Government officials in Zhejiang have issued a warning, saying, “The infections surge is projected to emerge soon in Zhejiang and commence a phase of considerable height about New Year’s Day, throughout which the everyday new virus amount would be close to 2 million.”

Among the 13,583 infections being treated in the hospitals of Zhejiang, which has a population of 65.4 million, one patient had severe symptoms brought on by COVID, while 242 infections with severe and critical circumstances were brought on by underlying disorders.

Concern was highlighted by international health authorities following China’s refusal the criteria of COVID fatalities in its reports, recognizing just those brought on by pneumonia or organ failure brought on by the infection.

There has been no new COVID hospitalizations data reported by China to the World Health Organization after Beijing relaxed its restrictions. The organization asserts that the missing statistics may be due to challenges for example counting by the government in the country with the greatest populace. 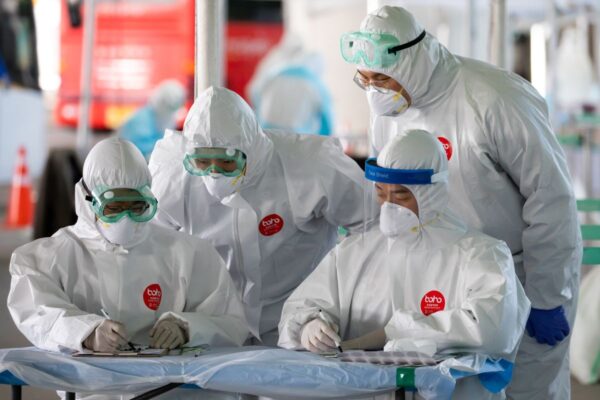 China is now in the pandemic’s most hazardous weeks, according to a research report from Capital Economics. “The authorities are doing very little right now to stop the spread of illnesses, and any areas of the country that aren’t already experiencing a significant COVID wave will be short,” according to the report.
In recent times, the cities of Qingdao and Dongguan have both reported estimates of tens of thousands of daily COVID infections, which is significantly larger than the daily national toll sans asymptomatic cases.

There has reportedly been a lot of strain on the country’s healthcare system due to people being asked to work despite illness and retired doctors and nurses in small towns being rehired to help fund community-based programs, as reported by state media.

The approaching Lunar New Year in January, when a large number of people return home, strengthens the urgency. In the previous week, there were 408,400 visits to Zhejiang fever clinics every day, which is 14 times more than usual.

According to an Hangzhou health official quoted on state media on Sunday, the number of daily requests to the emergency center in Zhejiang’s capital, Hangzhou, has recently increased by an average of more than quadruple compared to last year’s level. The eastern city of Suzhou reported late on Saturday that a record 7,233 calls were placed to its emergency line on Thursday.

Dr. Gagandeep Kang, a distinguished virologist, claims that a combination of four elements is to blame for the situation in China. First, fewer older people—the most susceptible group—than necessary have received vaccines. Second, China has a low penetration rate for booster shots.

Additionally, for nearly three years, China focused on enforcing extensive quarantines and harsh travel restrictions, which were only recently loosened in response to rising dissatisfaction and public pressure. The virus has spread because of this laxity as people mingle freely.

She added that this is flu season when viral infections are very common there. Another Oxford University-affiliated virologist, Dr. Shahid Jameel, has pointed out that China has been using its own, inferior immunizations up until this point. They are Omicron variations, thus inadequate immunity is the cause, he insisted, adding that there is no sign of a new strain.

To what extent have we been able to characterize the BF.7 strain? 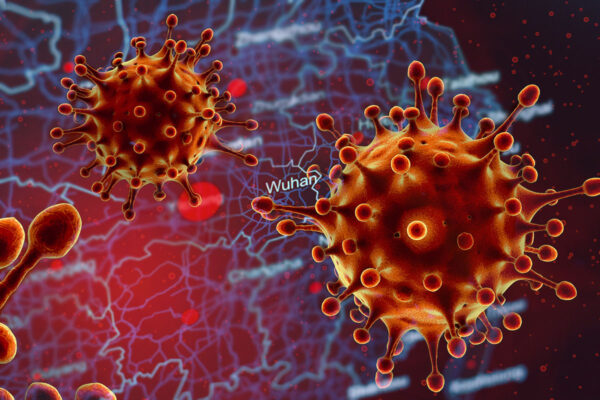 The Omicron sub-lineage BA.5’s BA.5.2.1.7 strain, which was originally identified in Northwest China’s Inner Mongolia Autonomous Region in early October of this year, is the same as the BF.7 variety. During the month of October in the United Kingdom, this Omicron subvariant contributed to more than seven percent of all instances of Covid-19.

In comparison to the previously discovered BA.1, BA.2, and BA.5 variants, experts connected to India’s SARS CoV 2 genomic surveillance program stated that BF.7, which has also been detected in India in small numbers, has a greater capacity for immune escape, a shorter incubation period, and a faster transmission rate.

An INSACOG scientist stated, “Evidence to date suggests that the new Omicron sub-variant is more contagious than prior variants and a person infected with the BF.7 variant can infect 10 to 18 people.” “The novel Omicron sub-variant BF.7 can infect even those who have received vaccinations. However, there is no evidence to support the notion that BF.7 can result in infections that are more severe than those brought on by other Omicron subvariants.

Everyone is concerned about whether the new variation of the virus is more pathogenic and causes more organ destruction since viruses are continuously evolving, claims Jha, and this is what viruses do. He emphasized that the concern would only arise in the event that there were a trifecta of high infectivity, strong immune evasion, and elevated pathogenicity.

Omicron BF.7 from China: Should you be concerned?

Despite possessing immunological evasive characteristics and heightened contagiousness, the BF.7 subvariant has still not shown any indications that it may lead to a substantial epidemic in countries with a record of hybrid immunity or in people that have already been exposed to SARS CoV 2 viruses and have undergone immunizations.

Mansukh Mandaviya, India’s health minister, suggested citizens not panic but be vigilant following a high-level conference on the country’s pandemic readiness on December 21.

A specialist in contagious diseases at Masina Hospital in Mumbai named Dr. Trupti Gilada has stated that the signs of the BF.7 variant are pretty much identical to that of other ﬂuorescent subvariants. These indicators comprise a high body temperature, a sore throat, and nasal congestion.

Pneumonia cases caused by the BF.7 strain are undoubtedly decreasing. Omicron has not been associated with a lot of hospitalizations, and preliminary data from several countries also indicate that BF 7 mortality is not very high, she emphasized.

Since most examples would be moderate, Gilada advised against using the number of cases alone to gauge the severity of the COVID-19 wave. The number of intermediate to severe cases—those requiring oxygen and rapid hospitalization—should be the focus instead.

What actions does the Indian government take? 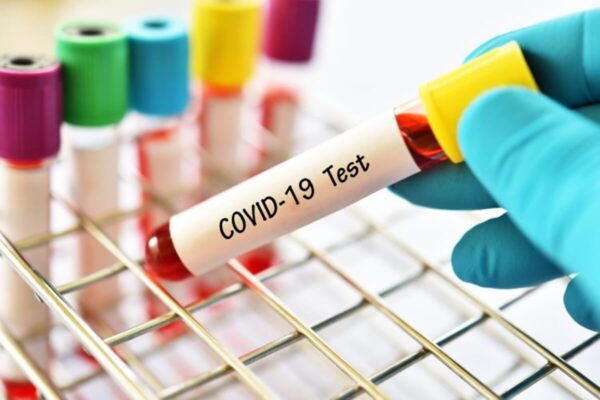 The government has taken a number of actions in response to the Covid-19 situation in China, including increasing adult booster vaccination coverage, which is currently at 28 percent, and increasing genomic surveillance to promptly identify new SARS-CoV-2 in circulation.

Additionally, it has been determined that in a day or two, a new warning would be released urging states to enforce Covid-19-appropriate conduct in advance of Christmas and New Year’s festivities.

Additionally, Mandaviya asked the Department of Pharmaceuticals to guarantee the availability of necessary medications, particularly those used in the previous three Covid-19 waves, and tasked scientists with determining whether currently available vaccines continue to deliver protection against the virus variants that are currently in use. However, experts advise using high-quality masks and avoiding crowded areas as the best ways to prevent illness.

See also  Payback time for zero-Covid: Why China’s problems with the virus could be due to its hard approach to the pandemic?
Tags
China China covid cases COVID-19 indian economy Zhejiang

India would experience export shocks due to the global recession.