India has escaped the harsh headwinds in the West largely unscathed. Leading economists warned in a panel at the Business Standard BFSI Insight Summit in Mumbai on Wednesday that a third of the world economy entering a recession in 2023 will have a significant impact on India’s exports and trade sector. “We have a close relationship with the world economy. Last year, our total exports and imports made up 44.9% of our GDP. This figure is noticeably greater than in the US or China. In terms of commerce, financial networks, and capital movements, we are quite linked. India will undoubtedly be impacted. However, even if our growth slows down, it can still increase by about 6% the next year, according to Saggar.

His fellow panelists shared this opinion. In 2023, according to Citi’s Chakraborty, the world’s growth will be about 2%, but if China is taken out of the equation, it would only be about 0.5%. “Around 38% of India’s exports go to the US and Europe, both of which would see negative GDP growth. As a result, the effect on our exports will be more than what the simple world GDP growth data may indicate, according to him.

ICRA’s Nayar expressed hope that the demand attitude in the economy was more positive than what the RBI surveys suggested, despite concerns about the severity of the export drop the next year. Nayar contends that the economy has more demand than just pent-up demand, and that if this demand remains, the domestic sector can sustain the blows brought on by a decline in exports. “We have only been able to decouple to a very limited extent. According to Kapoor of IndusInd, important policy changes like inflation targeting have reduced overall inflation and currency depreciation. In 2023, a third of the global economy might go through a recession, according to the most recent World Economic Outlook report from the International Monetary Fund. In its report from October, the IMF lowered its forecast for global economic growth in the year 2023 by 0.2 percentage points to 2.7%, with a 25% probability that it would fall below 2%. India may be more resilient than other big economies, according to a statement from the World Bank earlier this month, but it won’t be completely safe from spillovers from the US, the Euro area, and China. The previous World Bank forecast for India’s GDP for FY24 was reduced from 7% to 6.6%.

While Ghosh and Nayar, two of the distinguished panelists, predicted that the MPC would stop the monetary cycle, Chakraborty, Sagar, and Kapoor said that the MPC might still raise interest rates by 25 to 50 basis points.

“Food prices have performed far better than anticipated. According to the MPC records, both of the external members voted against the removal of the accommodating attitude and chose a neutral position. The likelihood that rates would be increased at the February policy meeting is quite unlikely, according to the data as it stands right now, according to SBI’s Ghosh.

In its policy review in December, the MPC raised the repo rate by 35 basis points (bps), bringing the year’s total rate rises to 225 bps. For the first time in 2022, the retail inflation rate in November was 5.88%, falling inside the RBI’s tolerance range of 2-6%. However, for 38 consecutive months, it has consistently surpassed the RBI’s target of 4% inflation. Kapoor said that there is still potential for a second 25-bp rate rise given that the US Federal Reserve has signalled that it would raise rates further. Contrarily, Chakraborty asserted that it was essential to putting a stop to core inflation’s sticky persistence. On February 1, Finance Minister is expected to propose the 2023 Union Budget.

“Instead of being conservatively forecast, I would want to see accurate revenue estimates in the budget. Instead of preparing for a bad shock, let’s start spending now to improve the fiscal multiplier. Nayar correctly noted that the tax revenue growth projections in the 2021 and 2022 Union Budgets were relatively conservative, giving the Centre a comfortable cushion to meet its deficit targets. “Concerning capital expenditure, we need to see better spending from states to get a better fiscal multiplier out of that,” Nayar said. 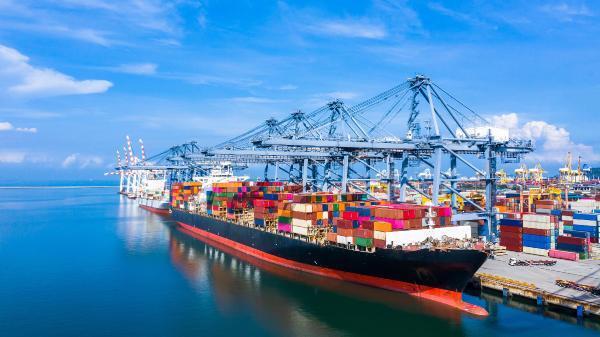 Given that 2024 would be an election year and that the Center’s medium-term budget deficit objective is 4.5% of GDP by 2025–2026, Ghosh said practicing fiscal responsibility will be challenging. The revenue may be higher this year, which means that it may indicate some form of fiscal consolidation as they might not want to reduce spending drastically. My impression is that they might drop from 6.4% to just below 6%, but not too drastically, he added. Despite difficulties and global headwinds, all the experts agreed that India’s development narrative remained solid and that it was still one of the fastest-growing big economies.

The challenge of controlling the recession in 2023

Fitch Ratings recently lowered its 2023 global growth projection from 1.7 percent to 1.4 percent in its most recent Global Economic Outlook report. “As pricing pressures expand and deepen, taming inflation is proving to be harder than anticipated. The gloves are coming off for central bankers. According to Brian Coulton, chief economist at Fitch Ratings, that won’t be good for growth.

According to international organisations, a third of the countries that produce the bulk of the world’s production will be in recession by 2023. The opposing demands of inflation, the energy and food shortages brought on by war, and higher interest rates are all causes for concern. The International Monetary Fund claims that these issues are placing the world on the cusp of a recession.

The International Monetary Fund noted in October that the three largest economies—the United States, China, and the Eurozone—are likely to continue to deteriorate. According to the fund, “the worst is yet to come, and 2023 will seem like a recession to many individuals.” Fitch reduced its 2023 China growth prediction from 4.5 percent to 4.1 percent in its December report due to the country’s still-weak real estate sector. According to an interview with Forbes India conducted previously, Saurabh Mukherjea, founder and CIO of Marcellus Investment Managers, “It appears to be a thorough economic blow-up in China of not only the property sector but also its banking system.”

Beijing’s desire to implement its Mao-era policies from the 1950s through managed economy has alarmed the rest of the globe. The difficulties have been made worse by the regulatory crackdowns on technological businesses, its acrimonious relations with the US, and the escalating geopolitical tensions. “The zero-Covid plan is causing a negative feedback loop in the real estate market. China’s role as a development engine is waning, and Sonal Varma, MD and chief economist, India and Asia Japan at Nomura, believes that this will affect the rest of the globe. As a result of what is thought to be a slight improvement in the European gas situation, Fitch has raised its 2023 growth projection for the eurozone from -0.1% to 0.2%. However, it cautions that the crisis is far from finished and that high wholesale gas prices continue to have a significant impact on businesses’ expenditures and household budgets.

In many industries, the advantages of loosening supply-chain restrictions are also being negated by increased pricing. While food and energy costs are predicted to stabilize in the next months, retail inflation is predicted to slow down, but core inflation is predicted to continue. “Our most recent projection for the Bank of England’s peak rate of 4.75 percent has been increased by 150 basis points. Until 2024, we do not foresee a switch to rate decreases, said Fitch in its December report.

In light of this, it is predicted that the Indian economy would expand by about 6% in 2023. IMF refers to it as a bright spot. India and a few other growing Asian nations are more resistant to global headwinds than other nations, but they are not immune and cannot be said to be immune. According to the RBI’s growth predictions, India’s GDP expanded by 6.3 percent in the three months ending in September. According to NSO data, the domestic economy expanded by 13.5 percent in the preceding quarter and 8.4 percent during the same time last year. While everything is going on, inflation is still much above the RBI’s maximum limit of 6%.

According to Nomura, the cycle of India’s growth rate has peaked and a general downturn is underway. While reduced inflation should improve private spending in the upcoming months, investment and exports will be hampered by the lingering impact of tighter financial conditions and poor global demand, while the post-pandemic catch-up in services is complete. According to its experts, GDP growth would decline from 6.8% YOY in 2022 to a below-consensus 4.7 percent in 2023. The majority of the markets are euphoric. However, the growth “story” for India, according to Sanjeev Prasad, MD and co-head of Kotak Institutional Equities, is puzzling given that three-year macro and micro statistics show that economic growth is still mostly subdued.