Five crucial insights on US inflation from “Uncharted Territory”

What shoppers who are suffering from increased food and fuel prices should know.

There is a reason for hope, even though the trend is still going in the wrong way, despite the fact that millions of Americans are living on the edge due to record high inflation at the grocery store and the pump.

The consumer price index (CPI), a measure of inflation, increased by 9.1% in June compared to the same month last year, marking the biggest increase since 1981. Now, all eyes are on the Federal Reserve as it meets on Tuesday to discuss monetary policy.

Can the US central bank raise interest rates and raise the cost of capital without sending the economy into a severe recession?

According to economist and policy consultant Brent Meyer of the Federal Reserve Bank of Atlanta, “We are definitely on new ground.”

Given the intensity of the shocks that have buffeted the economy and the speed and abruptness with which things have changed, the author added, “From a monetary policy standpoint, it’s incredibly problematic.”

The Fed is anticipated to increase interest rates by three-quarters of a per cent following its meeting the following week. Will it be sufficient to lessen price pressures, though?

Three-quarters of Americans say they are “extremely concerned” about the rising prices, according to a new Pew Research Center poll. In the last year, the price of electricity has climbed by 41.6 per cent, while the price of food grew by 12.2 per cent.

What causes the US inflation to be so high, and when will the food and fuel costs start to decline? And why are some experts optimistic while seeing a recession coming? 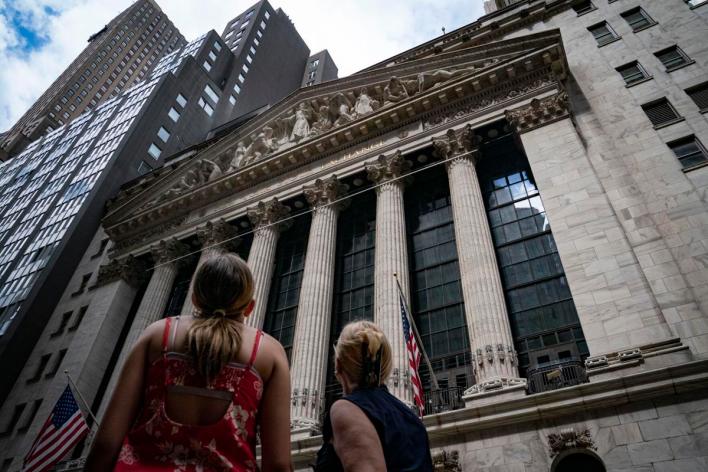 You should be aware of the following:

The Fed permitted interest rates to sink to almost zero during the coronavirus outbreak while the economy completely collapsed. Millions of employees lost their jobs as a result of business closures. The US government also invested trillions of dollars in stimulus programmes to help businesses and individuals adjust to the economic shock.

However, millions of Americans watched their savings grow as there were few places to go and spend money. Along with this, demand for goods and services increased as the US economy started to recover. People in America went out to dine, shop, and travel after being placed under lockdown.

Prices increased as a result of depressed demand and unresolved supply chain problems. Then, the conflict in Ukraine rocked the global economy once more. Oil and other commodities rose sharply in price.

A few shocks that continue to affect us contribute to the inflationary climate. I don’t think we’ve seen the last of the effects of supply chain interruptions, said Meyer.

The major responsibility of the US central bank is to increase and decrease short-term interest rates in order to boost employment and control inflation. Interest rates have already gone up three times this year, most recently in June by 0.75 percentage points. However, it has a limited range of applications for highly volatile components like food and energy.

Peter Essele, head of portfolio management at Massachusetts-based Commonwealth Financial Network, that the Fed was in a very precarious position. “The cost of oil and food is essentially what’s driving inflation higher, and the Fed has no control over those prices.”

In the US, core and headline inflation are both measured. Headline, which measures the cost of all goods and services, came in for June at a hotter-than-expected 9.1 per cent. This includes rent, groceries, eating out, computers, and gas for cars. The components for food and energy are excluded from core inflation, which is currently at a lower 5.9 per cent.

Food and energy are excluded from the calculation of core inflation, according to Sangeeta Pratap, an economics professor at Hunter College in New York City, since there are few policy choices available to address them. The Fed can only do a little amount to combat headline inflation, primarily the energy and food components, she continued.

As a result of several supply chain difficulties being handled, core inflation has decreased recently. However, because of the ambiguity surrounding the conflict in Ukraine, headline inflation keeps rising. Major producers of food and energy for the rest of the globe are both Russia and Ukraine.

Following skyrocketing immediately after Russia’s invasion, oil prices have recently decreased. One of the primary oil benchmarks, US West Texas Intermediate, dropped from $122.11 per barrel in June to $95.78 in the middle of July.

Assuring Americans that the headline inflation reading from last Wednesday was out-of-date and did not yet include new energy costs was US President Joe Biden.

Biden might be right, Essele suggested. The time lag between oil prices and the CPI for energy is one to two months. I believe it is plausible to expect September or October to exhibit it. However, August may be too soon.

Millions of households that spend a disproportionate amount of their income on food and fuel may find it difficult to stay within their means, even if fuel prices provide some temporary relief. The escalating global food problem, which according to Meyer of the Atlanta Fed, will prevent prices from falling anytime soon, has Meyer concerned.

See also  Americans are getting tons of new credit cards to keep up with inflation.

The cost of living rises is still likely to cause significant suffering to people with lower to moderate incomes. The question at hand is whether this is starting to influence households’ decisions to reduce non-discretionary [essential] spending, he said.

Businesses sometimes begin to curtail their hiring plans during a recession, as well as their sales forecasts and capital expenditures for expansion.

The normal firm, however, is still moving forward at full speed, according to Meyer. They are not acting as if a recession is about to start. They continue to hire and forecast strong revenue growth in the coming year.

The Fed’s business inflation expectations survey indicates that businesses are not observing a sharp slowdown in the growth of their sales and revenue. Businesses continue to forecast strong demand for the upcoming year.

If [a recession] is imminent, it will probably be unlike those that have come before, according to Meyer. This is due to “the continued mismatch between labour demand and labour supply.”

US unemployment has never been lower. Millions of Americans who retired or left their jobs during the pandemic—a phenomenon commonly referred to as the “Great Resignation”—have yet to re-enter the workforce, and businesses are having trouble filling positions.

When asked if a US recession is likely, investment banker Essele responded, “It’s not a question of if, it’s a question of when. And he is not the only one who feels that way. 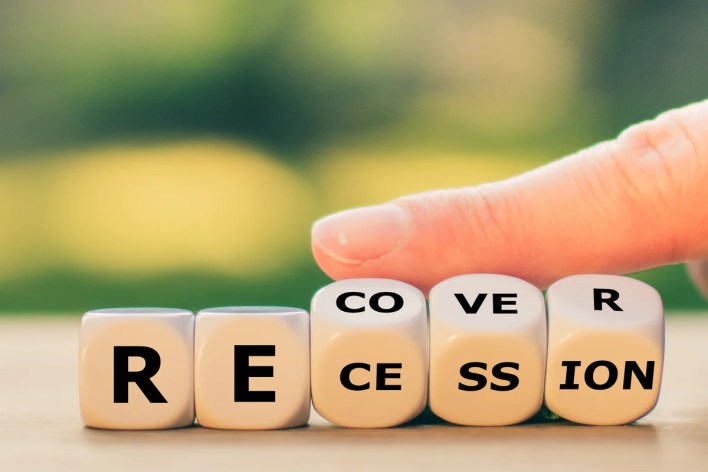 According to a recent survey of analysts by Bloomberg News, the likelihood of a US recession in the coming year has increased from just 30% to 47.5%.

But many industry watchers predict a slight contraction. Essele predicted that it would resemble the dot-com bubble and “garden-variety rather than the deep systemic recession of 2008” (a downturn in 2000–2001 marked by the collapse in internet stocks).

According to Pratap, US workers are in a better position than they have been in a long time. Workers have more negotiating leverage and can ask for better pay and benefits in a tight labour market.

Pratap answered those who questioned if wage rises would be offset by inflation by stating she was certain the Fed and larger government had the means to maintain the economy’s stability.

“The section pertaining to the geopolitical environment? I’m not certain. But the reason I’m optimistic is that I think that continued price increases will force us to make decisions that could end up being really good for the environment, Pratap added.

For instance, Europe and the US may be more likely to switch to greener energy as a result of the high cost of oil and gasoline.

Several items with high inflation costs during the epidemic, most notably used vehicles and furniture for homes, have begun to decline in price. Inventory has increased again, which can be an indication that important industries will soon experience demand-supply equilibrium (and lower prices).

Essele said that he is anticipating a comeback in equity markets in the second half of 2022 as investors realise the worst may be behind them and that there is “compelling evidence” that inflation will return to a 2 to 3 per cent level.

This is unlike the 1980s when inflation was out of control, says Pratap with optimism. Politics and technology are undergoing several changes that could help us get out of this situation much better.

Economists cautioned that if inflation persists for an extended period of time, the US may be in it for the long run because businesses have a tendency to raise prices for goods and services in order to offset anticipated increases in production costs when they become accustomed to operating in environments with higher inflation rates.

The cost of producing goods and services has already significantly increased. The most recent producer pricing index (PPI), which gauges wholesale inflation, increased 11.3 per cent in June compared to the same month last year.

The longer the economy continues to face high costs, the more likely it is that businesses will continue to hike prices, according to Meyer of the Atlanta Fed. If that occurs, businesses will start pushing price rises on their customers, creating a situation that is nearly self-fulfilling. 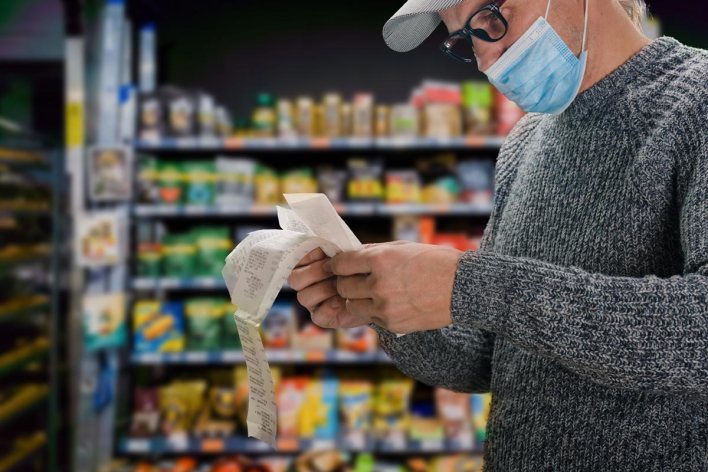 Such conditions could cause inflation expectations to run amok, making it much more difficult for authorities to bring inflation back down.

Families with increased living costs and high food and gasoline prices will ask for higher income. And in a competitive labour market, this might result in “a wage-price spiral,” as policymakers refer to it.

In other words, companies raise their pricing in response to increased expenses. Households start to feel like their paychecks aren’t going as far as they should when those prices become widespread throughout the economy.

As a result, they bargain for higher wages, which increases both business costs and consumer prices.

Meyer emphasised that prices and payments are still falling. Then, “things really separate from the kind of underlying economic growth rates.”

The absolute truth about Cashback & reward points you need to know in 2022?