India’s foreign exchange reserves increased by $6.56 billion as of October 28, the highest weekly increase in almost a year.

According to the most recent information from the RBI, India’s foreign exchange reserves broke their downward trend and increased by $6.56 billion to reach $531.08 billion for the week ending October 28. Over the past few months, foreign exchange (forex) reserves have been rapidly decreasing.

The entire foreign exchange reserves fell by $3.85 billion to $524.5 billion over the previous reporting week. The week ending October 28 saw a $6.5 billion increase, which was a record high since September 2021. Due to advances in both foreign currency assets and gold reserves, India’s foreign exchange reserves recorded their greatest weekly growth since September 2021 and grew for the first time in three weeks during the week ending October 28.

According to information issued today by the Reserve Bank of India, the foreign exchange reserves of the third largest economy in Asia increased by $6.56 billion to $531.08 billion for the week ending October 28. The spot FX reserves have decreased significantly from their peak of $642.45 billion on September 3 of last year, which was a record high, and from a low of about $607 billion at the end of March.

11 of the last 13 weeks have seen a decrease in the foreign reserves. The other occasion it was fortunate was for the week ending October 7, when increases in the gold reserves had increased the foreign exchange reserves by just $204 million. For the week ending October 21, foreign exchange reserves were at $524.52 billion, their lowest level since July 2020.

Foreign currency assets (FCA), which account for a sizable share of total reserves, have increased, as reported by RBI’s Weekly Statistical Supplement. Assets denominated in foreign currencies rose by $5.77 billion, taking the total to $470.85 billion for the week ending October 28. Gold reserves rose by $556 million, reaching a total of $37.762 billion.

The dollar value of a country’s foreign currency reserves fluctuates as a result of the buying power (or loss of purchasing power) of foreign currencies like the euro, pound, and yen.

Moves in the rupee The rupee finished the week of October 28 with a 0.25% gain, marking its first weekly gain in seven weeks. The local currency and the majority of its Asian rivals appreciated expectations that the Federal Reserve could decide against a further 75 basis point increase at its policy meeting in December.

Thanks to the Chinese yuan’s recovery, which helped it erase losses accumulated over the course of the week, the Indian rupee today gained 0.36% to end at 82.44 to the dollar.

Concerns are raised on this front as well because the Reserve Bank of India has now spent $111.37 billion from its foreign reserve to stop the rupee’s historic decline. However, the central bank has stated that value effects are responsible for nearly two-thirds of the reduction.

Global currencies have been whipsawed, falling to historic lows against the dollar as a result of the rising dollar, rising US interest rates, stagnant global economy, and ominous geopolitics. On the other hand, global foreign-currency reserves have declined by about $1 trillion, or 7.8%, this year to $12 trillion as a result of interventions by central banks around the world to support their local units. This is the biggest decline since Bloomberg began compiling the data in 2003. 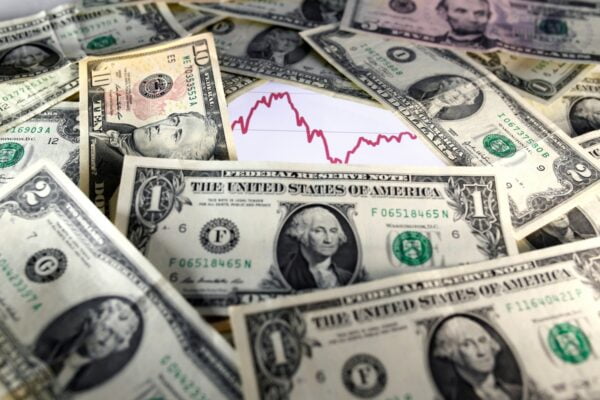 According to the RBI, foreign exchange reserves climbed by a pitiful $4.6 billion between April and June 2022 on a balance of payments basis (i.e., ignoring valuation effects), compared to a rise of US$ 31.9 billion between April and June 2021. From April to June 2022, foreign exchange reserves declined by $18.2 billion in nominal terms (including valuation effects), compared to an increase of $34.1 billion during the same period the year before.

At the $472.81 billion in FCA as of the end of September, $361.84 billion was invested in securities, $81.64 billion was deposited with other central banks and the Bank of International Settlements, and the remaining $29.33 billion was made up of deposits with foreign commercial banks. 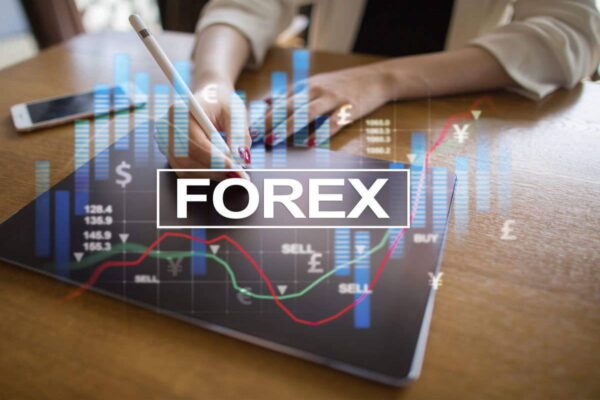 Shaktikanta Das, governor of the Reserve Bank of India, stated last month that despite market uncertainties, the central bank’s foreign exchange holdings have remained robust. He claimed that the RBI has been making FX market interventions based on ongoing assessments of the current and changing circumstances.

Das claimed that value changes brought on by an appreciating US dollar and higher US bond yields are to blame for around 67% of the drop in reserves during this fiscal year, which began on April 1. According to the governor, during Q1:2022-23, the foreign exchange reserves increased by US$ 4.6 billion on a balance of payments (BOP) basis.

Last week, Fitch Ratings released a report stating that September’s reserve cover was equivalent to around 8.9 months’ worth of imports. Since it is now greater than it was during the “taper tantrum” in 2013, when it stood at about 6.5 months, the government has more leeway to spend reserves to alleviate periods of external stress.

According to IDFC First Bank, even in the worst-case scenario, foreign exchange reserves might drop to $510 billion if the current account deficit increases to 4% in FY’23. Even so, we would still be in a better position than in May 2013, during the Taper Tantrum, when reserves were less than $300 billion.

Chipmakers, which were previously in high demand, are now facing unexpected hurdles.