Recessions come in many shapes and sizes, but they are typically characterized by a sharp fall in economic activity that lasts for weeks, months, or even years. The majority of experts classify an economy as being in a recession when it consistently experiences negative gross domestic product, rising unemployment rates, declining retail sales, and declining indicators of income and manufacturing.

In Pakistan‘s situation, a huge debt burden, a potentially volatile currency, a high-risk premium on global financial markets, and the most recent shock of disastrous floods all contribute to our tragic tale of economic decline. Increasing import prices, falling global export demand, China’s economic slowdown, and other concerns will put more stress on Pakistan and the regions.

There is mounting evidence that Pakistan is on the verge of an economic downturn. Pakistan announced a raft of steps on Tuesday to reduce energy expenses and its reliance on imported oil in the face of a debilitating financial crisis, including early market and wedding hall closures and requests for government employees to work from home.

A day after the National Security Committee determined that the recovery of the economy is crucial for national security, Pakistan’s cabinet approved the National Energy Conservation Plan. 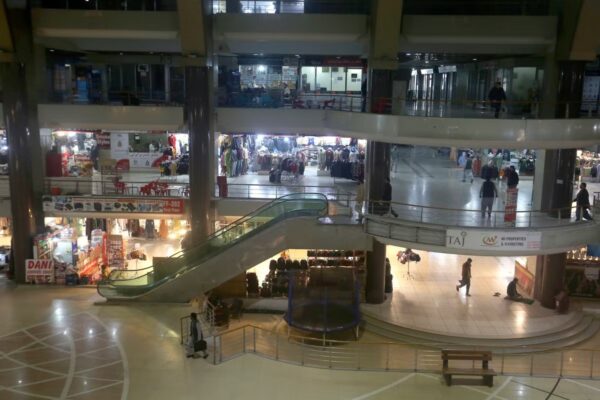 The plan to conserve energy “is being enforced immediately,” according to Pakistan’s defense minister Khawaja Asif, who made the news during a press briefing flanked by other cabinet members.

“The nation is going through a very difficult time. He asserted, “The plan calls for all government buildings and offices to use as little energy as possible, and it commits to establishing a policy enabling employees to work remotely in 10 days. The nation’s present rate of electricity use is unsustainable.

In today’s cabinet meeting, there were no lights on. He stated, setting a good example for the nation by stating that the meeting was held in broad daylight.

Due to a scarcity of fuel supplies, Pakistan’s government earlier this year imposed rolling blackouts and raised electricity prices. The action was taken in response to similar announcements made by other South Asian countries, such as Bangladesh and Sri Lanka, about energy conservation measures. According to the Pakistani government, the most recent austerity measures will cut the country’s daily power use by around half, or 9,000 megawatts. 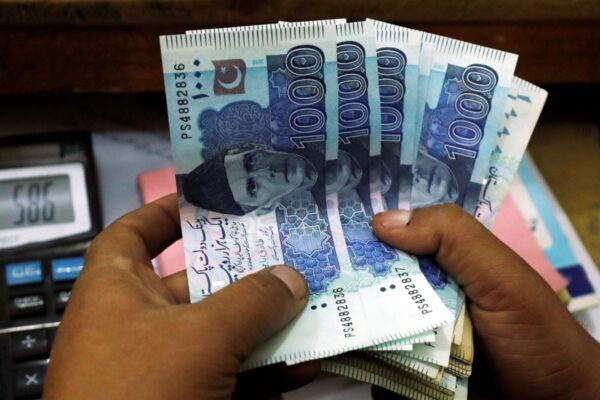 The energy austerity plan follows warnings from a number of organizations that Pakistan was at risk of going into default.

With inflation expected to remain high at 21%–23% (vs. 9.81% in the same period last fiscal year) and the country’s fiscal deficit increasing by more than 115% in the first four months (July–October) of the current fiscal year, Pakistan’s economic position is facing “strong headwinds.”

In its monthly economic update and outlook, Pakistan’s ministry of finance stated last week that the devastation brought on by recent floods, which killed over 1,700 people, submerged a third of the country, and reduced the nation’s growth by half, is likely to keep economic growth in FY23 below the budgeted target.

The economic projection estimates that Pakistan’s overall budget deficit for the period of July to October 2022–23 was 1.5% of GDP, up from 0.9% of GDP the previous year.

According to the Dawn report, the government is struggling to provide support to those living in flood-affected areas while spending more money as a result of higher markup payments. The nation’s economy suffered losses and damages of around $32 billion as a result of the climate crisis.

Asif’s press conference companion, Sherry Rehman, minister of climate change, stated that the energy-saving plan would also aid in combating the issue of climate change. She pleaded for businesses to help, saying, “The world has been following this strategy for a while, and it is vital that we change our behaviors.”

The advisory from Pakistan’s finance ministry stated that the main issues facing policymakers were a mix of slow growth, high inflation, and low levels of government foreign exchange reserves. Pakistan’s foreign exchange holdings are now only worth around $6.7 billion, or a little more than one month’s worth of imports.

After the International Monetary Fund postponed making the most recent loan payments due to disagreements over tax objectives, Pakistan’s economic crisis got worse. It has also asked for information on the cost of the nation’s restoration and rehabilitation efforts following this summer’s severe floods.

Miftah Ismail, a former finance minister, stated on Sunday: “If Pakistan does default—which, in my opinion, can be avoided—it will take at least six months to recover.” The future of the world economy is also bleak. Since the beginning of the year, there has been discussion about the probability of a worldwide recession in 2023 due to a sharp decline in growth forecasts, rising inflation, and tightening financial conditions.

The major causes of this gloomy forecast, according to the International Monetary Fund, include downturns in China and Russia, weak consumer spending in the US, and tight financial conditions brought on by higher-than-expected inflation rates worldwide.

The economic position is becoming increasingly challenging as a result of the conflict in Ukraine. The International Monetary Fund lowered its estimate of global growth in 2022 from 6.1% to 3.2% in July, which is 0.4% less than what was predicted in the previous outlook update in April.

Higher-than-anticipated inflation is exerting pressure on global financial markets, especially in the United States and the major European nations. The latest interest rate increases in the US would reduce future revenue for developing countries outside of China by an estimated $360 billion, and net capital flows to developing countries have turned negative.

In fact, according to the research, developing nations are increasingly supporting wealthy nations. The most vulnerable people are being affected the hardest by industrialized economies’ interest rate increases. This year, the currencies of almost 90 developing nations have experienced significant devaluations relative to the dollar.

What would transpire afterwards in a recession that could last at least a year and possibly longer? Since Pakistan is currently experiencing one of its most difficult balance-of-payments crises, the effects are likely to be severe. The country’s foreign exchange holdings have plummeted to a pitiful $6 billion, barely enough to pay for imports for a month.

As a result, Pakistan’s credit rating and investor confidence indexes have both significantly declined. Threats from growing militancy and ongoing political instability worsen the already bleak economic outlook. In order to combat the recession, what kind of practical policy response is needed and anticipated from the government?

First and foremost, the administration needs to comprehend how a global downturn works and how it can affect Pakistan’s macroeconomic fault lines. The International Monetary Fund’s program hasn’t been relaxed, and there hasn’t been any benevolent action taken to pay for the harm caused by the terrible floods.

Pakistan is forced to finish the Fund program before it expires in June 2023. In order to finish the adjustment process over the next three years, Pakistan is quite likely to require another IMF program.

The IMF will advocate for monetary tightening and demand compression until the inflationary pressure eases. Thus, the gross domestic product growth prediction for 2023 has already been lowered to 2%-3% and will stay low during the adjustment phase. 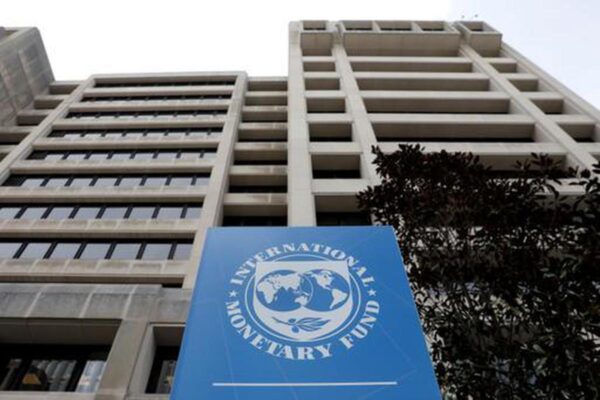 Any administration that carries out earlier steps related to subsidy reduction, power sector reforms, and the elimination of other distortions would pay a hefty political price. A Fund endorsement is also related to the predictability of Saudi Arabian and Chinese bailout support going forward.

In light of Covid-19 outbreaks and lockdowns, China’s slowdown has been worse than expected. In addition, additional lockdowns and China’s worsening real estate crisis have slowed growth this year to 3.3%, the lowest level in more than 40 years (excluding the pandemic).

Second, increased costs of doing business, a slowdown in demand from our usual trading partners, and a lack of competitiveness in the manufacturing sector will put more pressure on exports.

Traditional foreign direct investment flows and remittances are already trending downward. Due to the downward revision of the Eurozone growth forecast to less than 3% this year and 1.2% in 2023, some of the major multinational corporations may decide to scale back their activities in Pakistan.

Thirdly, employment losses are imminent during a recession, and the financial industry will be under a lot of pressure from non-performing loans. With 2.5 million new workers entering the labor force each year, the economy’s current structure is incapable of offering young people meaningful employment options.

In order to export human resources to aging nations like Japan and Germany, Pakistan must prioritize and invest in knowledge-based professions like nursing and IT. This will not only relieve job-related pressure but also increase the number of remittances.

In the stock market and real estate industries, more losses are anticipated, but both of these industries are connected to the wealthier sections of society. Due to a decreased reliance on bank loans, Pakistan’s economy, which depends heavily on informal transactions, may be able to protect small and medium-sized businesses from some of the recessionary shocks.

The only realistic course of action during the recession will be to reduce non-essential imports and reliance on oil, practice energy conservation, and sell strategic shares in successful state-owned businesses to earn foreign currency. It will be necessary to develop incentives to boost manufacturing productivity and the production of essential foods.

In order to achieve crucial reforms to diversify the economy’s structure and create a robust economy, the ruling elite should think about reorienting their policy priorities away from populist infrastructure projects and toward targeted subsidies and delegated institutional arrangements.