In What Ways Can India Achieve Success As A Leading Defence Exporter?

The administration introduced intentions to create two defense corridors in Uttar Pradesh and Tamil Nadu in the 2018–19 General Finances. This will contribute to filling the manufacturing gap for domestic defense products and is consistent with India’s Make in India and Atmanirbharta (self-reliance) defense campaigns.

DefExpo 2022 will mark two firsts: it will be the first defense expo in India that is only for Indian enterprises, and seven new companies that were formerly a part of the Ordinance Factory Board will be exhibiting. 75 nations will be participating, and the defense ministers of 45 of those nations will be from Africa.

Prime Minister Narendra Modi stated at the most recent DefExpo-2022 that despite the worldwide monopoly of a few corporations, India is poised to become a major defense equipment maker. He was making a veiled reference to India’s goal of being a net exporter of defense technology and gear. Defense Minister Rajnath Singh set the export goal for 2025 at Rs 35,000 crore during the event’s curtain-raiser. The private sector has a crucial role to play in accomplishing these goals, according to both of the senior executives.

But, it is crucial to evaluate the general condition of India’s defense procurement and determine where it stands in contrast to the top exporter of weapons in the world before diving into the ways that private defense enterprises can assist.

What is the situation with India’s defense purchases 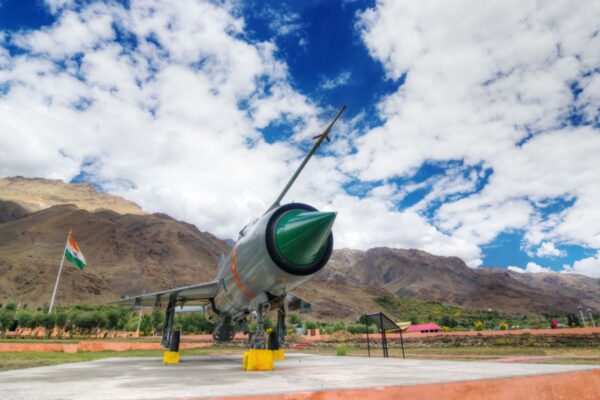 Despite possessing the second-largest military in the world, import dependence has been a major worry for India’s defense industry. In research released by the Stockholm International Peace Research Institute (SIPRI), India was ranked as the second-largest importer of defense goods between 2012 and 2016. In the years that followed, from 2017 through 2021, India eventually overtook other countries as the top importer. For a country aiming to achieve “Aatmanirbharta” (self-reliance) in terms of defense, this is undoubtedly an issue.

When it comes to defense exports, the US holds a very comfortable first-place position globally. Due to the fact that the top private arms producers in the world, including Lockheed Martin, Boeing, Northrop Grumman, and Raytheon Technologies, are headquartered in the US, it has a significant advantage over its rivals. India, on the other hand, is ranked 23rd in the SIPRI arms transfer report for 2022.

In recent times, India has appeared to be imitating the private-led manufacture-cum-export model in the US. India didn’t fully open up its defense industry to private firms until 2001. More than 300 private businesses have already been granted industrial licenses, and more than 100 of them have already started large-scale manufacturing.

The sector also permits 100% foreign direct investment (FDI) through the government route, while only 74% of FDI is permitted for businesses applying for new licenses via the automatic method. The Indian government has taken a number of actions in recent years to promote increasing manufacturing from the private sector.

The government’s positive indigenization list, which is a list of defense requirements that will only be purchased from indigenous suppliers, is a significant undertaking. Sunil Misra, Director General of the Society of Indian Defence Manufacturers, claims that the government’s purpose is truly demonstrated by the release of the “positive list” as a major policy initiative.

The combination of India’s intellectual capital, a supportive political climate, entrepreneurs’ propensity for taking calculated risks, and a capable manufacturing sector, he continues, “will herald a scenario where the private sector in the defense domain would play a big role.”

Additionally, domestic procurement has been allocated about 68% of the defense sector’s capital expenditure budget. Private businesses in India are able to produce their goods in a thriving, competitive market thanks to such a guaranteed demand from the nation’s armed services.

However, using highly advanced technology in indigenous defense manufacturing necessitates significant expenditures on research and development (R&D) activities. In the field of R&D, private sector initiative has thus far been deemed wanting. As stated in the Union Budget for 2022–23, roughly 25% of R&D expenditures have been set aside for the private sector.

Even so, is that enough funding? India invests 6% of its defense budget on research and development, compared to leading producers like the USA and China, who each spend about 12% and 20%. This suggests that if India is serious about its indigenization objectives, it can perform better by investing more of its resources in R&D.

Private manufacturers have, up until now, expressed concern about their over-reliance on foreign original equipment manufacturers (OEM) for their technology. Mahindra Defence & Mahindra Aerospace Chairman SP Shukla is hopeful that things can change. In his words, “We will have a better degree of independence even in the sphere of essential technologies as the technology transfer funnel expands with the increased involvement of private sector companies.” 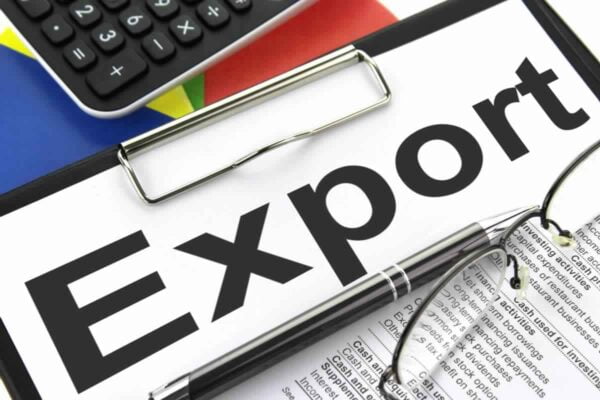 According to Sachin Agarwal, managing director of PTC Industries, which produces high-quality components for aerospace and defense, India used an inverted pyramid strategy to create the environment for defense manufacturing before private enterprises were granted more freedom in that area. Instead, he recommends a bottom-up approach. “If we simply focus on system-level end goods, like tanks, aircraft, submarines, etc., we will continue to rely on foreign partners and their cooperation. And that will reduce domestic manufacturers’ potential,” he claims.

Agarwal also suggests targeted measures for creating ecosystems based on supply chains. He asks for targeted policies on core manufacturing technologies with cross-platform applicability in the defense sector, citing semiconductor policy as an example. Only with the cooperation of the public and private sectors can such policy-level changes be successfully implemented.

The infrastructure needed to develop everything from scratch was not in place when the sector was wholly controlled by the public sector. This is the original cause of the import reliance. Supply chain deficiencies are now obvious because the private sector is actively participating. To close these gaps, public-private collaborations can be quite effective.

One of India’s top defense firms, MKU, according to managing director Neeraj Gupta, “We are still reliant on sourcing crucial components from foreign sources, which constitute a sizeable portion of the value chain. The Defense Research and Development Organization (DRDO), Indian Space Research Organizations (ISRO), and Bhabha Atomic Research Centre (BARC) must get involved in creating a national center of excellence for the production of strategic materials and involve the private sector in a rapid co-development process.

A private aerospace business based in Delhi named Samtel Avionics has already teamed up with the DRDO and BEL (Bharat Electronics Limited) to build a number of crucial parts for the Su-30 MKI fighter jet used by the Indian Air Force. Cost competitiveness, according to Samtel’s managing director and CEO Puneet Kaura, is crucial for gaining global manufacturing leadership.

“Business growth depends on cost-competitiveness, which can only be realized if critical mass is reached through additional orders,” he claims. Additionally, the Indian industry must keep up with the technology’s widespread adoption throughout the design lifecycle. There is still a long way to go, according to industry experts who have observed public-private partnerships over the past few years, despite the fact that we are moving in the right direction.

Proceeding With Caution But In The Appropriate Direction

Despite their relatively recent existence, private Indian defense firms appear to have already made some significant contributions. A senior MoD official said earlier this year that India sold defense products and technology worth a record-breaking Rs 13,000 crore. This was an increase of 54.1% from the prior year. According to reports, the private sector produced 70% of the exports. The media has also covered numerous high-profile joint ventures by private manufacturers. Airbus Defence and Tata Advanced Systems Limited (TASL) are working together to produce the C-295 military transport aircraft, while the Kalyani Group of Pune and the Paramount Group of South Africa are producing M4 armored vehicles, and Jindal Defence and Taurus Armas S.A. are negotiating to produce small arms together.

The value and promise of India’s private defense industry are without dispute. To become a net exporter in the defense sector, India will need to increase its R&D spending, adopt a bottom-up strategy to reduce its reliance on imports, and offer greater incentives to private enterprises in the years to come.

Zomato is developing a new loyalty program following the closure of Pro and Pro Plus.