RBI issued a caution against a gloomy world outlook.

Even if recent data reveal that global inflation may have peaked, the Reserve Bank of India issued a warning on Tuesday that the balance of risks is tilting steadily in favor of a dimming global outlook and that emerging market economies (EMEs) seem to be more vulnerable.

In its “State of the economy” report, the RBI stated that while inflation may be marginally more downward, it is most definitely not gone. If anything, it has grown wider and more obstinate, especially in the center. Energy prices are uneasy,” it stated.

The Reserve Bank of India reported that “the near-term growth outlook for the Indian economy is underpinned by domestic forces as seen in patterns in frequency metrics,” despite increasing the Repo rate by 225 basis points until May of this year to curb inflation.

Due to strong portfolio movements to India in November, equity markets reached a string of new highs. Although headline inflation in November decreased by 90 basis points to 5.9%, core inflation remained unchanged at 6% due to a decrease in vegetable costs. 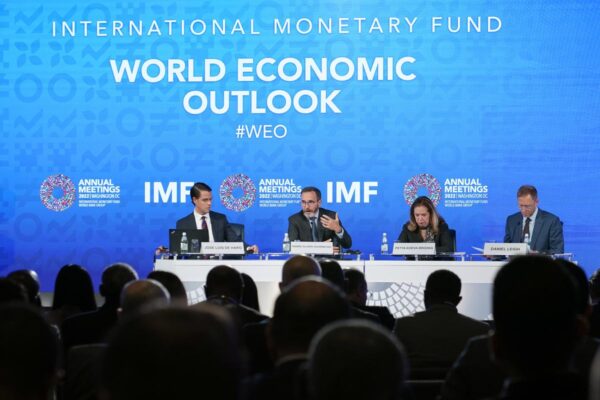 The paper states that the beginning of an upswing in India’s CAPEX phase would aid in accelerating the nation’s economy’s growth momentum. This upswing would be brought on by lower input financial pressure, continuously solid organizational revenues, and a rise in fixed asset investment.

Every day that goes by, the risk-to-reward ratio shifts more and more in favor of a dimming global outlook for 2023, the year that will be hardest hit by this year’s monetary policy decisions. The paper highlighted the challenges faced by EMEs, which include slowing GDP, excessive inflation, currency operating losses, and currency devaluation.

The analysis asserted that despite recently declining from 20-year highs, “debt hardship is growing, with a spike in the event of default and a stronger US dollar – the key denomination wherein borrowing is structured.”

The Monetary Policy Committee (MPC) of the RBI raised the repo rate on December 7 with a more progressive 35 percentage points, to 6.25 percent, after a decrease in inflation in October. The six-person panel also reduced their GDP forecast for fiscal 2023 from 7% to 6.8% because of concerns about the effects of prolonged international uncertainties, a worldwide economic slowdown, and deteriorating world economic circumstances.

The outlook for 2023 is bleak, with indications of a sluggish international economy and negative threats. According to the RBI, inflation is projected to slow down from current levels in 2023 but would still be much higher than the goals set for most countries.
According to the report, the immediate cause of the reduction in inflation was the significant drop in food inflation. The index went down by 11 basis points (bps) respectively October and November. This, in addition to a beneficial secondary effect of 73 bps (the shift in price levels from one month to the next compared to the same month last year), ended up causing the annual inflation rate to go down by around 90 bps.

According to the RBI’s economic survey, high-frequency measures indicate that local business output was solid in November and the initial weeks of December. While remote regions experience somewhat lower spending due to slightly higher inflation, it was highlighted that the outlook for personal investments and consumption is strengthening. The global downturn “restrains net exports. Agriculture and related industries, as well as contact-intensive services, are driving the supply response, while the economy is recovering unevenly, it said.

Therefore, there has been a rise in the amount of money flowing into India. Forward-looking polls are reflecting rising business and consumer confidence as well as projections for a better second half of 2022–2023 compared to the first half.

Despite a gloomier picture for the world, India’s short-term development is supported by local factors, according to RBI officials

Even though recent data indicate that global inflation may have peaked, the balance of risks is tilting more in favor of a gloomier global outlook, and emerging market economies (EMEs) seem to be more vulnerable, according to Reserve Bank of India officials led by Deputy Governor Michael D. Patra in an article published in the December edition of the RBI Bulletin.

When evaluating the “State of the Economy,” they found that internal aspects, as shown by trends in high-frequency indicators, supported the Indian economy’s outlook for near-term growth.

“India’s stock market set a series of new records in November as a result of strong inflows of investor capital. “While core inflation stayed constant at 6% in November, headline inflation declined by 90 basis points to 5.9%, led by a decline in vegetable prices,” they stated in the piece.

As the saying goes, “inflation may be moderately down, but it is absolutely not out,” but this only applies to the national level; the global rate is still quite high.

Regardless, they declared, “It has expanded and strengthened, particularly in the core. Energy prices are uncertain right now because OPEC + hasn’t cut production yet, but a price cap on oil threatens to unleash disruptive financial forces, and hedge funds have already reduced their net long positions in crude agreements.

Climate change and the conflict in Ukraine are expected to keep food prices higher than they were before the outbreak, notwithstanding the stabilization of the world’s commodity markets.

They cautioned that “disinflation” was likely to become painful after observing that the major central banks of developed economies appeared to be “in no mood to let off in their struggle against inflation.” The housing requirement and consumers’ ability to spend are really being restricted, and investments in new infrastructure construction are being halted, due to the economic situation, notably the rising cost of borrowing money. The year 2023 will face the brunt of this year’s monetary policy activities, they noted, and the risk balance is tilting more and more in that direction with each passing day.

Regarding internal trends, they stated that the only large economy that may have grown in excess of 5.5% between 2023 and 2024 is India, as noted in the OECD’s economic forecast published in November.

Despite some sequential slowing, the study found that “Our Productivity Measure, produced by detecting the repeating theme underneath from just a pool of 15 frequencies components in a Dynamic Factor Model (DFM), maintained over which was previously values.” As a result, they continued, “our most recent nowcast pegs real GDP growth at 4.3% for Q3:2022-23.”

The RBI’s indicator of supply chain pressures, they noted, continued to be below its historical average while highlighting that business expectations in both the manufacturing and services sectors were at record highs, supported by favorable underlying demand and softening inflation.

They stated that “there is a sense that perhaps her turn in the center of the world’s stage has reached” as India works to define its priorities and deliverables for its G20 Presidency.

India accounts for 3.6% of the G20’s GDP in market exchange rates and is the third-largest economy in PPP terms, but its actual (PPP) share is substantially more elevated at 8.2%, according to the officials.

India is predicted to have one of the G20 economies with the fastest growth rates in 2023. Our priorities for the G20 Presidency reflect a belief in peace and connection, they added.

WHO is "extremely worried" about extreme COVID cases in China. A Repeat Of 2019 Covid?

Digital Upskilling is essential for many sectors. What is the Importance of Digital Marketing and How it will help the sectors to grow?