Space is set to become the latest frontiers for Indian startups thanks to Pixxel and Dhruva Space, two domestic companies that plan to build satellite assembly operations. Even as Dhruva Space in Hyderabad said it was in the final stages of planning and that construction would begin early next year, Pixxel in Bengaluru is building a factory to put together satellites. The firm estimates that Pixxel’s plant will be finished in the first half of 2019.

The market is also being entered by others. Bellatrix Aerospace and the Karnataka government have signed a memorandum of understanding to purchase property for the development of a propulsion and thrusters production factory. In contrast, Agnikul Cosmos, an IIT-Madras-incubated startup, has bought the property in Chennai for its own test bed facilities.

After both companies’ demonstration satellites were successfully launched on Saturday by the Indian Space Research Organization‘s (Isro) Polar Satellite Launch Vehicle (PSLV), Dhruva and Pixxel are now planning to launch more commercial space projects. The satellites of Pixxel and Dhruva were successfully launched into their intended low-Earth orbits. The CEO of Pixxel, Awais Ahmed, expected that the new plant would produce bigger satellites. The PSLV launched a satellite called Anand, which is a prototype for a spacecraft Pixxel plans to mass construct in the future. It’s safe to assume that the complexity of the full-scale versions will increase the size and weight of the satellites beyond that of the demonstrator models.

These space probes weigh just 15 kilograms, yet they demonstrate the depth of research and analysis that can be conducted using our tools. However, the last satellites in our constellation will weigh 50 kg each, necessitating the construction of a new facility, which is scheduled to be finished by the first half of 2023, “said Ahmed.

Pixxel would eventually launch a total of 20 satellites, and the image data they collect would be utilized for a variety of purposes, including analyzing climate change and spotting gas pipeline breakdowns. Dhruva’s chief financial officer, Chaitanya Dora, has stated that the Thybolt-1 and Thybolt-2 satellites that were launched by Isro were test vehicles for future spacecraft that the company may manufacture. 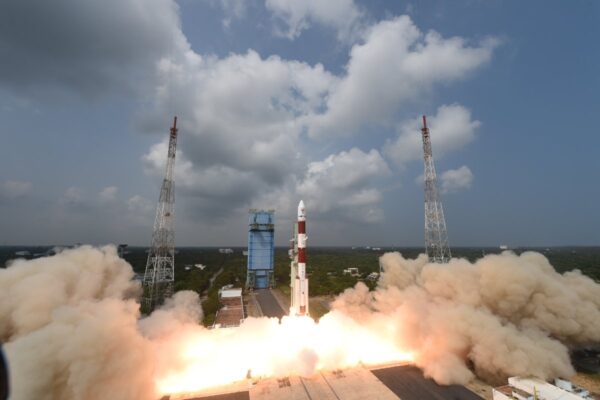 “In the future, we intend to provide businesses with total and homegrown manufacturing solutions for satellites, parts, and ground stations. We already have a 20 crore commercial contract to build satellites, so we need to improve our capabilities “He continued by saying that the business has enough capital to carry out the project’s initial phase. He predicted that it would raise a new round the following year.

To be clear, the facilities of both companies will be used to support international commercial relationships in their early stages. According to the company, Pixxel has received early-stage contracts from the Telangana state government, the world’s largest mining company Rio Tinto, and the Australian agri-tech startup DataFarming. Dhruva omitted his client’s names.

A top executive at a VC firm that really has invested in space startup companies has said that these companies may need to spend a lot of money upfront on manufacturing facilities. But considering that these space businesses would have to build satellites on an enormous scale in order to draw consumers from all over the globe, such expenses would be essential for their immediate survival “He said.

After investing in Bellatrix Aerospace, an Indian business in the space business, early-stage venture capital firm Inflexor Ventures founder and partner Pratip Mazumdar said now is the time for space enterprises to invest in the construction of financing facilities.

The lengthy nature of land procurement processes is a result of the multiple phases involved. There is Isro, which supports the industry, and In-Space (Indian National Space Promotion and Authorization Center), the union government’s main enablement organization for space “He continued.

According to Abhay Egoor, co-founder and CTO of the city-based business Dhruva Space, which recently launched two miniature satellites, it plans to fund USD 20-25 million in the next one to two years to build the infrastructure facilities needed to launch satellites up to 100 kilograms from here. He also said that after successfully sending the small satellites Thybolt 1 and Thybolt 2 into space, the company is now working on a satellite on their P30 platform that will be used for communications and scientific purposes. This satellite will weigh about 30 kg.

“During the next one to two years, we want to either invest or raise approximately $20 to $25 million with the goal of creating a facility for the construction, integration, and evaluation of satellites in the class of up to 100 kilograms. In Hyderabad, we are considering building a similar institution. We’ve already started a conversation with parties “Egoor told PTI. He said that the 10-year-old company has already raised USD 8 million in finance. As part of the PSLV C54 mission for the Indian Space Research Organization (ISRO), Dhruva Space deployed two nanosatellites for amateur radio communication. The company’s nanosatellites were launched on November 26 as part of the Thybolt Mission. Many ham radio groups in India back the Thybolt Mission because of its emphasis on amateur radio (ham radio) interactions.

“We have begun to get satellite signals. The team is currently occupied with carrying out the mission and receiving signals from the satellite. The team is currently preoccupied with completing the mission and running the satellites “He continued.
In response to a question, Egoor stated that Dhruva Space is already a profit-making organization and does not need any funding for the missions on which the company is now engaged, but may need funding for other business verticals.

According to him, the company is transitioning to larger satellite platforms that are already under development with the goal of launching slightly larger satellites than those that have already been launched by mid- or late next year. The work on developing those platforms is progressing very well, he added.

“The ones that took flight yesterday are quite little, measuring 10x10x5 cm and weighing less than 1 kg each. They are about the size of a small tiffin box. In contrast to this, the product we plan to ship on our P 30 platform next year should weigh around 30 kg “He explained.

Dhruva Space, established in 2012, covers both civilian and military clients globally and is active in the space, launch, and ground segments. In order to power space-based applications on Earth and elsewhere, it offers satellites paired with Earth stations and launch services as an integrated solution or separately.

Looking Ahead: What Holds The Future of Malaysia Sports Betting Law in 2023