For two weeks, demonstrations of several thousand people have called for new elections, to end the system made up of police harassment, military omnipresence, and immunity from the powerful. A challenge that also affects the monarchy.

“Give us back our future.”  Started several months ago, the movement of student protests in Thailand has gained momentum over the past two weeks, the tone has hardened and demands have become clearer. On July 18, they were several thousand, gathered around the four giant wings of the monument to Democracy, in the historic district of Bangkok, Thailand. 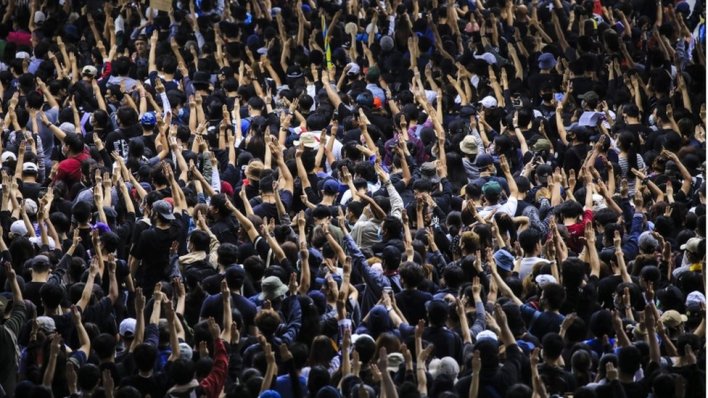 Until nightfall, the lights of cell phones brandished like lighters in the past, and they demanded “the dissolution of Parliament, new elections, an end to police harassment and a change in the Constitution”.

An event crystallized the mounting anger: the kidnapping and disappearance on June 4 in Phnom Penh, of a young activist, Wanchalerm Satsaksit after the broadcast of a video particularly critical of “the total absence of competences ” of the government and its Prime Minister of Thailand, Prayuth Chan-o-Cha.

Since then, demonstrations have multiplied, in Thailand, Chiang Mai, Khon Khaen and Ubon, the universities of the agricultural and anti-establishment North East of Thailand.

A few weeks before, in the same place, the students had orchestrated a reconstruction of the fall of the absolute monarchy in 1932 and re-read period texts, criticizing these monarchs “who deposit their money abroad and are preparing to flee in leaving the people to starve as the country crumbles”.

Words that resonate with the context of the hard economic crisis going through today by the kingdom, when the sovereign Rama X has decided to spend the entire duration of the confinement in Germany. 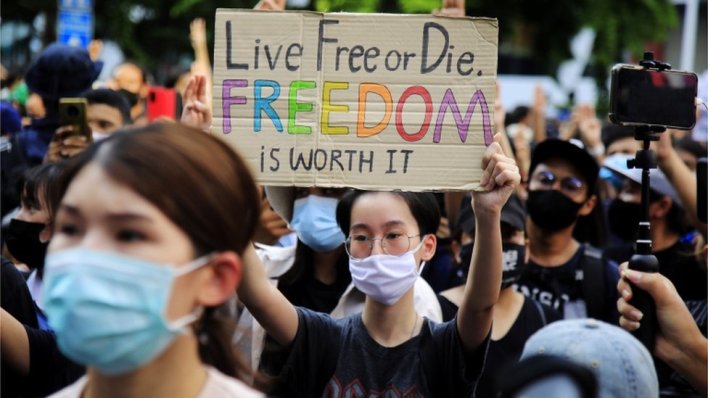 For the first time in recent history, openly anti-monarchist placards and slogans were seen during these rallies, held high by protesters emboldened by the widespread wearing of masks.

King Rama X recently expressed his wish to stop invoking the severe majesty law, which provides for fifteen years in prison for anyone who criticizes the king, queen, or heir to the crown.

Most prefer to attack the injustices of the Thailand system, the omnipresence of the army in political life, and the lack of reform of a judicial system that “guarantees immunity to the rich and powerful” according to a young protester.

The release pronounced a few days ago in the trial of the heir to one of the richest families in the country, responsible for the death of a police officer while driving drunk and on cocaine, arouse widespread indignation. The demonstrators are attacking especially the legitimacy of the government in place, a group of soldiers who came to power by coup d’état in 2014 and then elected in a very controversial ballot, especially since the coronavirus crisis suggested the considerable shortcomings of its ministers in matters of economy.

About the Thailand protest 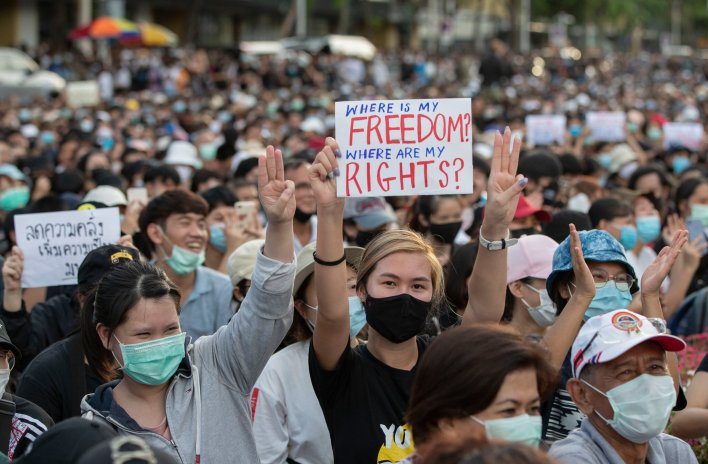 The movement, self-baptized “Free the Youth” has no official declared leader, even if the young billionaire Thanathorn Juangroonruangkit, former leader of the “New Future” party, dissolved by the Constitutional Court at the beginning of the year, is a figure mentioned by many demonstrators.

After the dissolution of his party, he had promised to take the lead of “a great movement in society, a groundswell that will only stop with the departure of the military“. His phrasing and direct manner appeal to those under 40, nearly 50% of the Thai population. 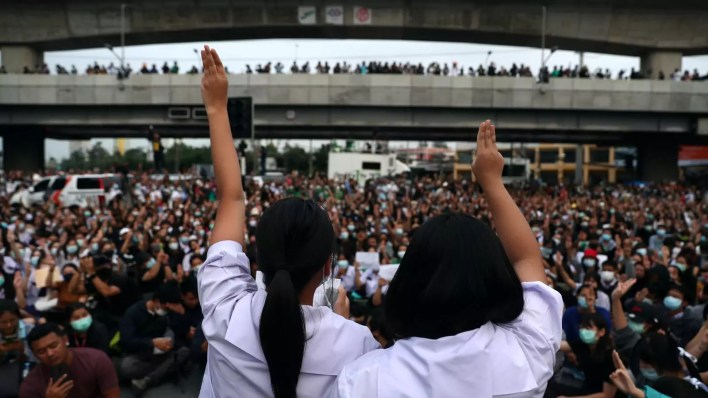 For the moment, the demonstrations remain confined to urban student circles, often from upper-middle-class families, themselves favorable to the military, which makes it more of a generational clash than a revolution. But that is perhaps what could make all the difference with previous street movements in favor of democratization, so far crushed in blood.

Prime Minister Prayuth has also adopted a much more conciliatory tone towards “the little brothers”, affirming “to understand their anger”, compared to that which he employed against the Red Shirts, peasant rice-growers of the North East. They are regularly accused of being “communists”, and of not being educated enough to understand the issues of the political system.

“Thai youth want a future and they will do all they can to get it,” said political commentator Thithinan Phongsudhirak, who called on Thai elites to take these young people seriously. “Either Thailand finds a new constitutional balance, which grants less power to the army, the monarchy, and the judiciary, or we remain in an authoritarian regime and economic stagnation.”

2024 elections: Will Modi wear the 3rd Prime Ministerial crown? What will empower Modi 3.0?